Joseph Smith served as sheriff from 1882 to 1889. He was a major in the Union Army in the Civil War. 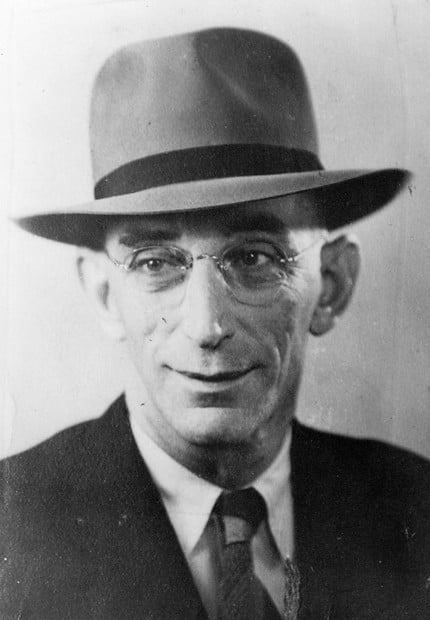 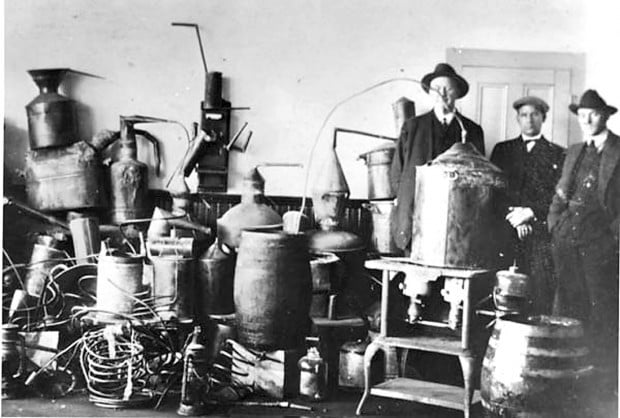 Prohibition-era Sheriff John Hoggatt, left, and deputies with a moonshine still they confiscated. 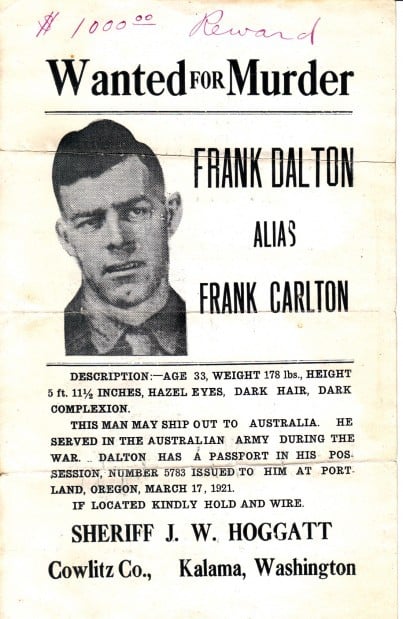 This poster of Frank Dalton, wanted for the murder of a Woodland man, was distributed as far away as Australia. 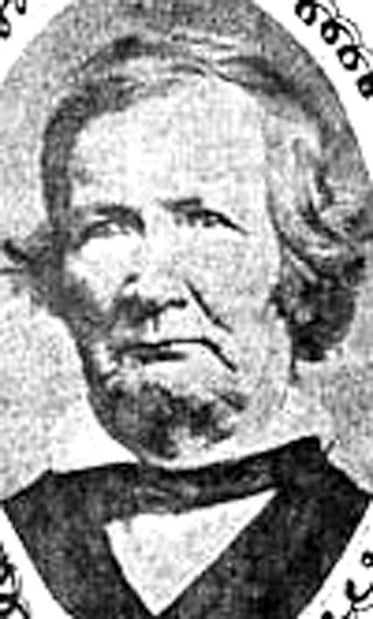 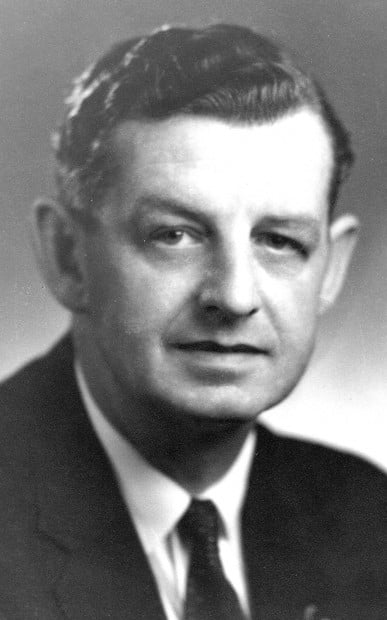 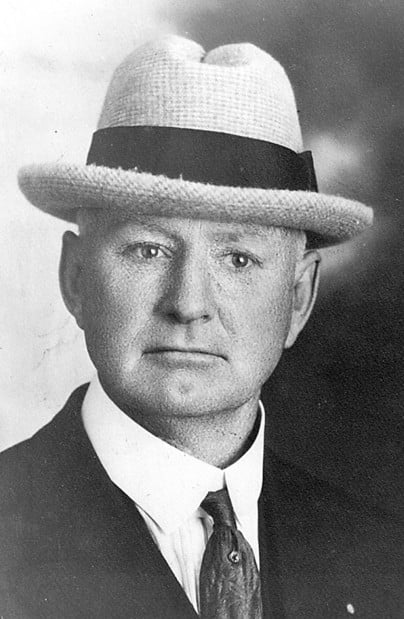 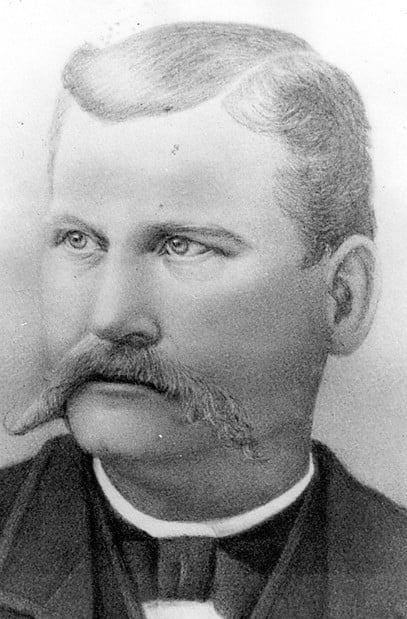 Joseph Smith served as sheriff from 1882 to 1889. He was a major in the Union Army in the Civil War.

Prohibition-era Sheriff John Hoggatt, left, and deputies with a moonshine still they confiscated.

This poster of Frank Dalton, wanted for the murder of a Woodland man, was distributed as far away as Australia.

1852: The Monticello Convention to petition for creation of Washington Territory is held at Harry Darby Huntington's home in Monticello at the mouth of the Cowlitz. Huntington's cousins cross the plains from Indiana. One of them, James S. Huntington Sr., settles across the river from Monticello.

1856: Miller resigns in March; James Huntington is reappointed sheriff in July. His son, James Jr., is made justice of the peace

1865: County seat moves to Freeport, about a mile up the Cowlitz from Monticello.

1869: O.G. Washburn is sheriff. Former sheriff Ambrose Patton is arrested in Vancouver on suspicion of assault with intent to murder. Bail: $500. (The outcome of the case is unknown).

1870: Adam Catlin is sheriff for a few months. The office is briefly vacant until L.T. Vought is appointed. County population: 730.

1872: Poland resigns due to ill health; C.A. Clark is appointed temporary sheriff in May. In June, R.C. Smith becomes sheriff. James Huntington Sr., the original sheriff, is killed by a train.

1874: James B. Stone is sheriff, 1874-82. His son, James E. Stone, later serves as Superior Court judge for the Cowlitz, Skamania and Klickitat district.

1882: Joseph Smith is sheriff, 1882-89. He was a major in the Union Army in the Civil War. Former sheriff Ambrose Patton is murdered. His son-in-law, Andrew Leonard, is convicted, but the case is overturned on appeal. Leonard is retried for manslaughter and convicted.

1901: Elmer Huntington, grandson of Harry Darby Huntington, is sheriff 1901-05. He is the last sheriff to hang a prisoner, Martin Sickles, in January 1901.

1923: Clark Studebaker is sheriff again, 1923-27, and buys a Ford for the first sheriff's patrol car. County seat moves to Kelso, and the courthouse (now the county administration building) is built.

1928: Deputies arrest a man and a woman accused of cattle rustling on a large scale.

1932: The county jail holds only nine prisoners at the end of August. That number grows by three within a week when the sheriff raids a large moonshine still on the Toutle.

1942: The federal government closes all "disorderly houses" in the county because "such places could be used by foreign agents as a place to meet soldiers and attempt to pry military information from them."

1959: The all-night Diner Cafe in Castle Rock closes. Because people summoned police by turning on an outside signal light at the diner, Sheriff Bevins tells police that if the FCC lets them install a radio in the chief's car, he'll let them use the sheriff's frequency.

1971: Chuck Gill (1971-75) defeats Bevins in his bid for a fifth term as sheriff. Gill was named the Washington State Police Officer of the Year in 1956 while serving with Longview Police.

1973: D.B. Cooper bails out of a hijacked plane with several thousand dollars. He is never found. Total jail inmates for year: 1,857.

1976: Hall of Justice opens in September, including a new jail three times the size of the old. Total jail inmates: 2,292.

2006: New jail opens on First Avenue across from Hall of Justice.

Some of the more unusual events handled by the Cowlitz County Sheriff's Office include a volcanic eruption, a skyjacker and a rampaging elephant.

Are you ready for retirement?