PUYALLUP — Lower Columbia's season came to an abrupt end on Friday night, falling in a sweep to North Idaho College in the NWAC Championships volleyball quarterfinals at Pierce College by scores of 25-20, 25-23 and 25-18.

"Overall, we didn't play our best. We just struggled to adjust to stop some of their offense today and adjust to it fast enough," LCC coach Carri Smith said. "Without being able to stop the speed of their offense, we weren’t able to get a lot of good, quality digs today to get our offense going."

"Not our best game, one thing I am proud of is that we did get a little better each set," Smith added. "They showed some fight."

The Red Devils finished the season 27-6 overall, with a top eight spot in the NWAC and a co-championship of the West Region after going 11-1 in league games.

"I think we played good. I think we could have played better, but as a whole I think we played pretty good," LCC sophomore Jayden Foster said. "They really were strong in the offensive region and so it was hard to shut them down."

The game plan was to shut down East Region MVP Taylin Rowley, but the execution of stopping her didn't go as planned. Rowley led all players with 14 kills and added 12 digs.

Five sophomores played their final match as a Red Devil, including Foster, who played at Columbia River High School in Vancouver before coming to Longview for college ball.

"I feel like we had a really good season with being co-champs of the West," Foster said. "I couldn’t be more happy about that. It's set in, I'm definitely sad about it. It was so much fun. I couldn't have asked for a more fun season."

Vreeland, also a sophomore, came to Lower Columbia from more than 2,000 miles away in Anchorage, Alaska. Despite the loss she believes everyone played well individually against North Idaho and she's proud of how much the team grew over the course of the season.

"I loved last year's season but this one just felt completely different. All the girls on the team were so incorporated and so invested in our program," Vreeland said. "I really loved playing with all of these girls this year. I could trust every single one of them on the court. I had zero doubt in my mind we were going to make it to the last tournament, and I really thought we would pull through that game.

"Everyone has doubted us all season and everyone on the team does not care. We just play how we play because we want to play."

She said it has sunk in that Friday night was her final game in a Red Devil uniform but she enjoyed her time in Longview, including the weather, and hopes to keep playing volleyball somewhere next year.

"I'd love to play on. That's my dream, I love volleyball," Vreeland said. "I love touching a ball, always. I'm kind of late in the recruiting game, but if anyone sees this interview, pick me up, I'm there. I love the Northwest."

“I’m still very happy with the season,” Smith said. “These kids played hard all year, have had a lot of success and we’re happy to be in the Elite Eight and we knew every match was going to be extremely tough here on out, but I’m really proud of them.”

Lower Columbia landed several personal honors over the final week of the season in addition to their appearance in the Elite Eight.

Arianna Vreeland, Katy Cooper, Jayden Foster and Jazzy Golly were all named NWAC West Region All-Stars and Cari Smith was tabbed as Coach of the Year in the West Region.

An in depth preview of the R.A. Long, Mark Morris, and Kelso high school bowling teams for the 2022-23 winter season.

Official Viewpoint: Young zebra says fans could benefit from some time on the whistle

In the midst of his first season working as a freelance sports reporter Dacota Haynes made the time to become a football official. Now he says fans, coaches, and media could benefit from a change in perspective.

Arizona Cardinals offensive line coach Sean Kugler was dismissed by the organization due to an alleged groping incident on Sunday night in Mexico City after the team's arrival for Monday's game against the San Francisco 49ers.

The 1A TriCo All-League volleyball lists including Castle Rock's Paige Kessler as Defensive Player of the Year.

Michael Penix Jr. threw for 485 yards and had five total touchdowns, and No. 12 Washington reclaimed the Apple Cup with a wild 51-33 win over Washington State. A year after the Huskies watched the Cougars celebrate snapping a seven-game losing streak on the turf of Husky Stadium, Washington kept alive its hopes for a New Year’s Six bowl game thanks to its standout quarterback and a handful of defensive stops in the second half. Washington outscored the Cougars 23-6 in the second half. Washington’s victory also sent Utah to the Pac-12 championship game as the opponent for Southern California next week in Las Vegas. Cameron Ward threw for 322 yards and two touchdowns for Washington State.

RENTON — The Chinooks knew they were going to be in for a challenge Friday. Facing off with Saint George’s in the semifinal of the 1B/2B girls…

The 1A TriCo All-League football team including League MVP Stephen Ibsen from Castle Rock, along with fellow Rockets Lane Partridge, David Garcia and Owen Langdon on the first team.

Qatar's last-minute decision to ban alcohol at World Cup stadiums has left Budweiser with loads of beer on its hands. The company has an innovative solution to offload it.

Some prep coaches opt to pray, while others punt

Some prep coaches opt to pray, while others punt 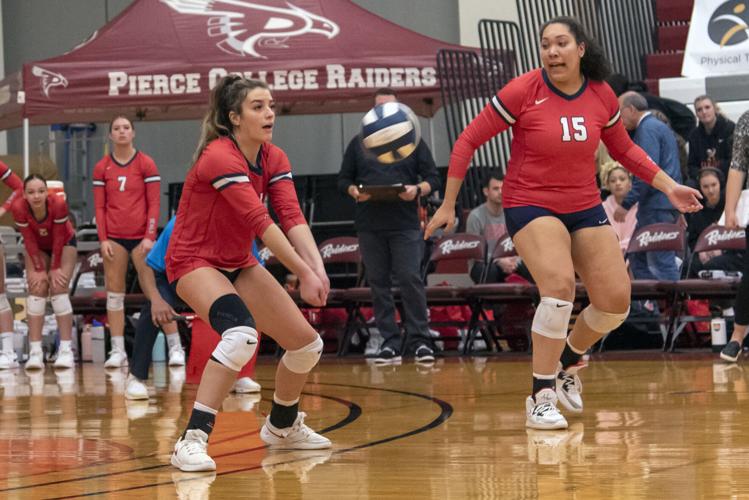 LCC’s Paige Chinchen gets in position to pass on defense during the quarterfinals of the NWAC Championships against North Idaho at Pierce College, Friday, Nov. 18. The Red Devils were swept in a season ending loss. 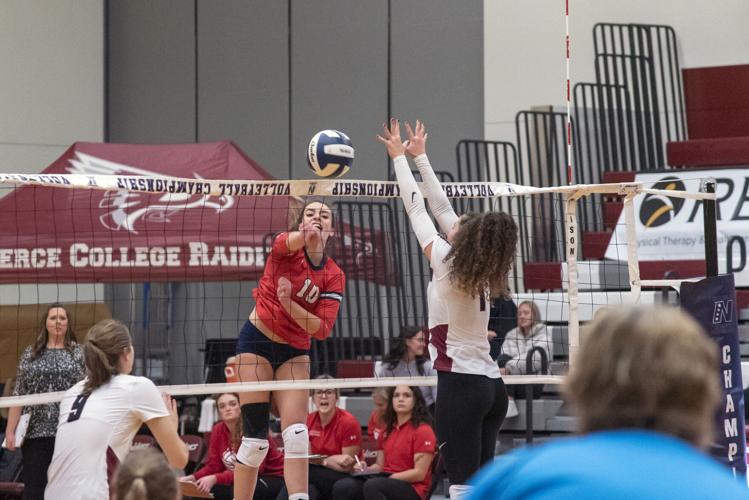 LCC’s Paige Chinchen sends the ball back toward the North Idaho defense during the quarterfinals of the NWAC Championships at Pierce College on Friday, Nov. 18. 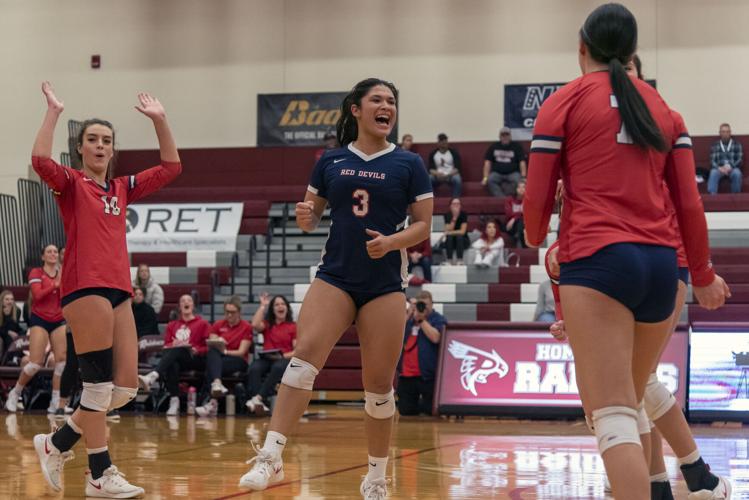 LCC’s Arianna Vreeland lets out a celebratory yell after scoring a point as Paige Chinchen tries to raise the roof in the background during the quarterfinals of the NWAC Championships, Friday, Nov. 18, at Pierce College. The Red Devils lost to North Idaho in three sets. 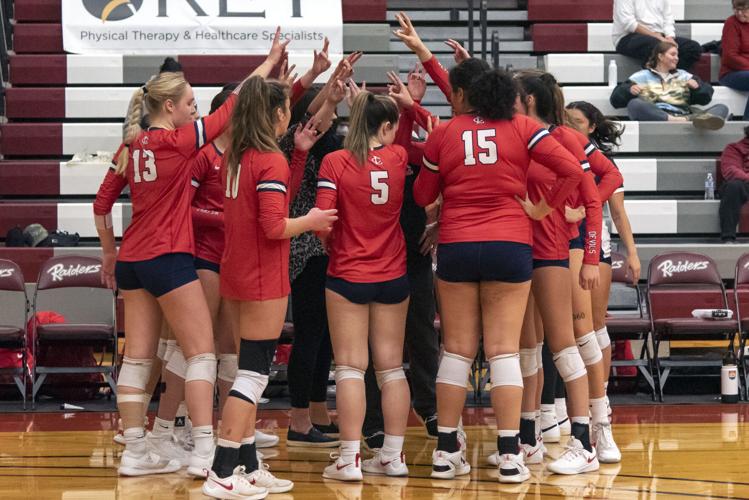 The Lower Columbia volleyball team comes together to break a timeout during the quarterfinals of the NWAC Championships on Friday, Nov. 18, at Pierce College. The Red Devils were swept by North Idaho. 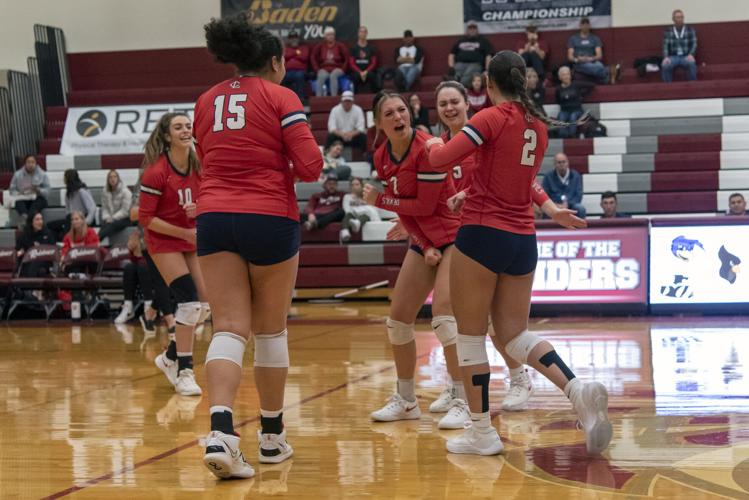 The LCC volleyball team comes together to celebrate after scoring a point against North Idaho during the quarterfinals of the NWAC Championships, Friday, Nov. 18, at Pierce College.