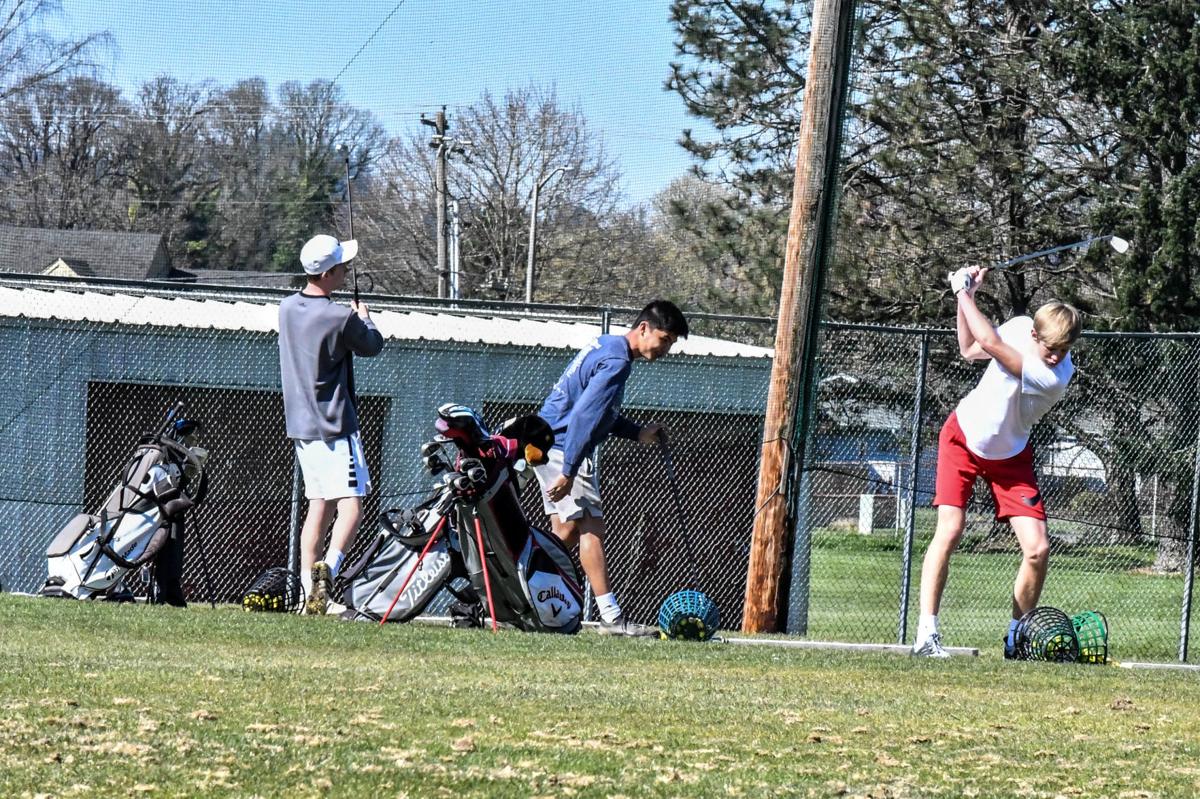 The Mint Golf Course was packed with people trying to practice social distancing while being active. 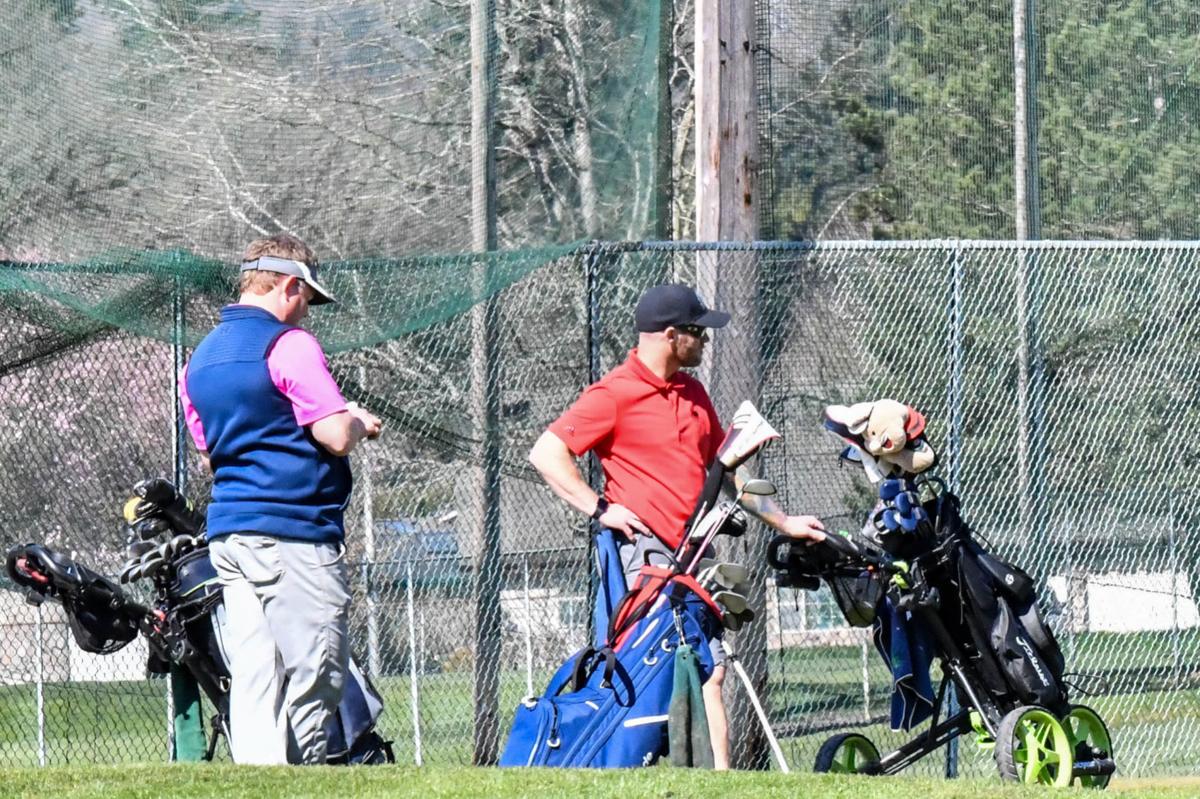 Golfers wait for holes to clear before moving on to take their swing to help with social distancing. 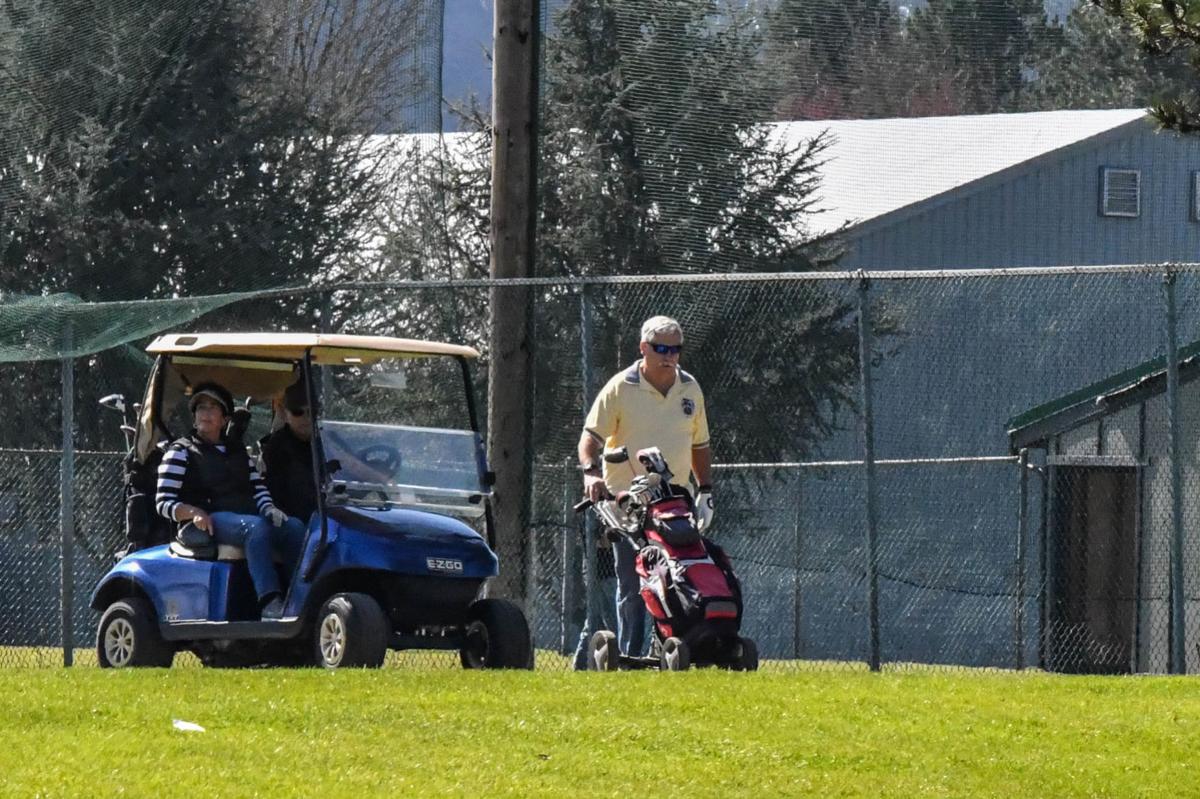 Golfers walk and ride to the next hole after waiting for the group in front to finish, to adhere to social distancing recommendations. 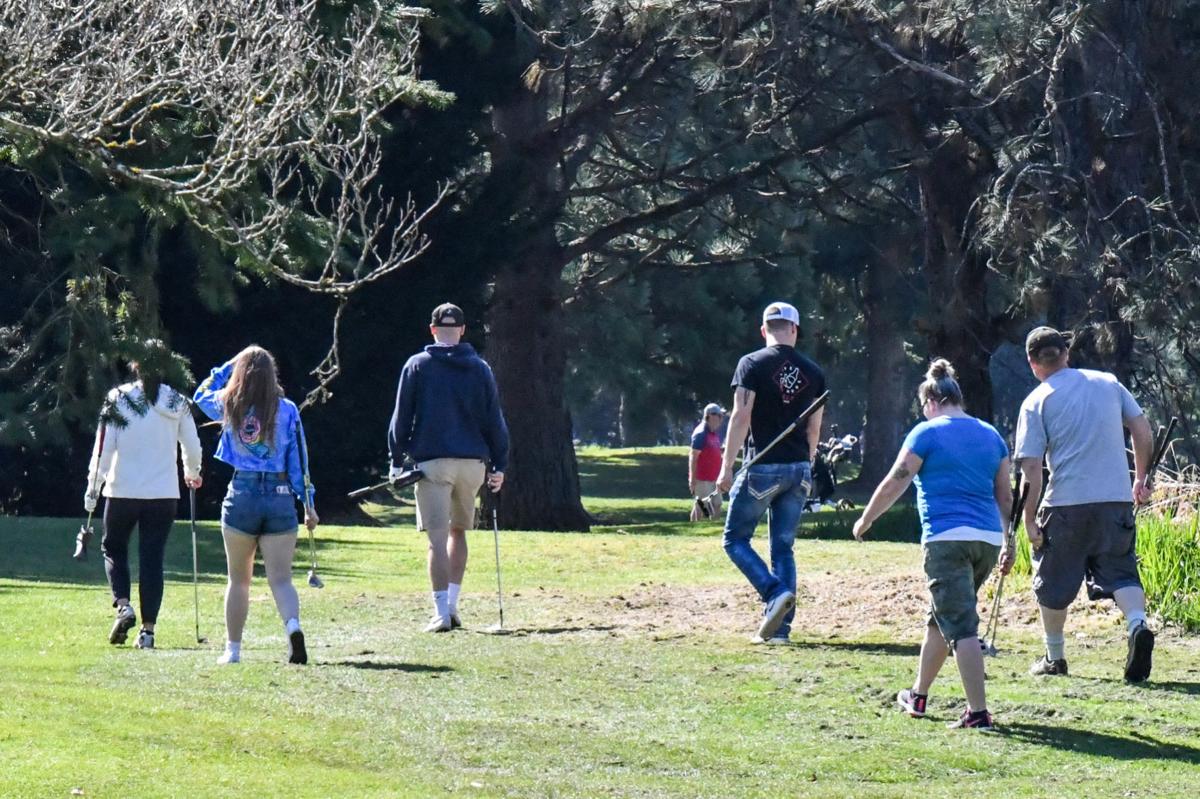 A group of Golfers move on to the next hole in the Par 3 section of the Mint Valley Golf Course.

What better sport to play than golf when social distancing?

It’s perfect. You don’t want to be within six feet of a golfer in their backswing, anyway. You might get hit. There are plenty of wide open spaces to walk or stand and chat at a safe distance — six feet, they say.

On a brilliantly sunny day Friday, Mint Valley Golf Course was abuzz with activity, its many patrons reveling in the gorgeous weather and the chance to actually “do” sports during this dearth of athletic activity.

Part of the recent bump in business has to do with the weather, but also with the fact that the other public course, Three Rivers in Kelso, is open to members only, forcing walk-ups to head west into the ol’ mint farm.

While at Longview’s municipal course, though, there are new rules to follow, new regulations observe, and new precautionary measures to adhere to.

Like a cage on the driving range cart, the protocol is rooted in safety.

If a pairing drives separately to the course, they are asked to drive separate carts during their round. The sand rakes are off limits for now, as are the ball-washers to limit the spread of COVID-19. The pro shop, once a hive of golfers making merry before or after their rounds, is now an in-and-out venture, with Nickerson often keeping patrons outside entirely.

The staff sanitizes after each transaction and gives a once-over of the pro shop every 20 or 30 minutes.

The restaurant and bar are closed, too, for obvious reasons.

This is all new for both Mint Valley Golf Course and Nickerson, but especially the long-time users, who are used to doing things a certain way at the course.

To Nickerson’s pleasure there hasn’t been much, if any, pushback from customers about the new rules. Some might raise a thick eyebrow or two when hearing that they’d have to get their own cart, but mostly they just shrug their shoulders and agree to get on with their round.

What are they going to do, not golf?

“A lot of these guys, this is sacred ground,” Nickerson said. “This is their hangout spot, and to be telling them, ‘As soon as you’re done you gotta get outta here.’ It’s a hard thing for these guys, but they’ve adjusted really well.”

Nickerson is well aware that old habits can be hard to break. And new tricks can be even harder to learn.

In a time of stress and uncertainty, the familiarity of golf provides a refuge, a place to remember the normalcy of simpler times. A time when a three-putt or a wayward drive were among the day’s biggest concerns.

If the golf course is empty, there are bigger problems at hand.

“With this thing going around, and if nobody was here I’d say we were in state lockdown,” Nickerson said. “If we get to that point, we’re gonna have to do something. We just keep trying to be innovative. We keep trying to come up with ways that people don’t have to touch things.”

Last Dancing Shoes: A Kelso kid grows up to realize his dream

The year was 1991. Michael Jordan and the Chicago Bulls were facing the Los Angeles Lakers and about to win their first of six NBA championships.

Little by little, like a duffer in a cutoff crisscrossing down the first fairway, things are beginning to look more normal on at least one pop…

Devils May Care: Locals lose out on NWAC tradition at LCC

The NWAC Baseball Tournament has been a mainstay of Memorial Day weekend festivities in Longview for four decades, except this year COVID-19 t…

NHL moves ahead with 24-team playoff format if play resumes

The NHL will abandon the rest of the regular season and go straight into the playoffs with 24 teams instead of 16 — if it is able to resume play.

Jerry Sloan, the coach who took the Utah Jazz to the NBA Finals in 1997 and 1998 on his way to a spot in the Basketball Hall of Fame, died Friday. He was 78.

And so, another domino falls.

The Mint Golf Course was packed with people trying to practice social distancing while being active.

Golfers wait for holes to clear before moving on to take their swing to help with social distancing.

Golfers walk and ride to the next hole after waiting for the group in front to finish, to adhere to social distancing recommendations.

A group of Golfers move on to the next hole in the Par 3 section of the Mint Valley Golf Course.