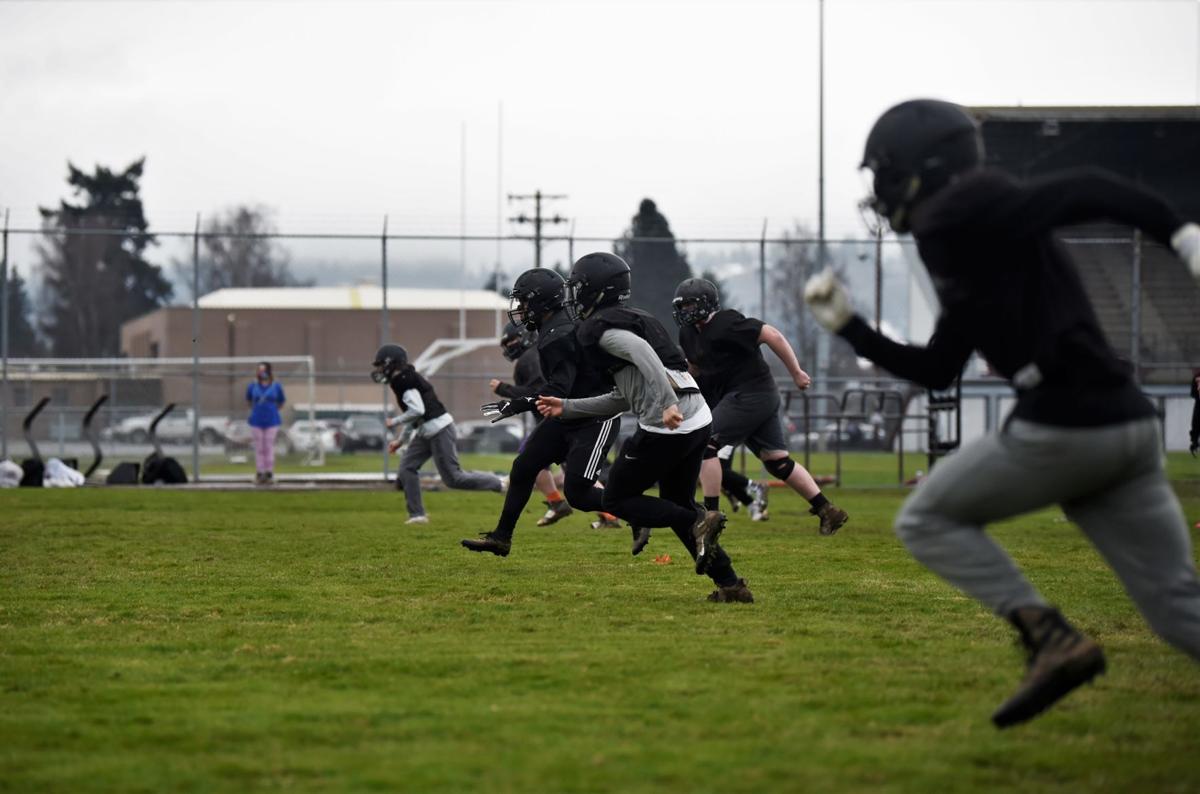 Members of the R.A. Long football team sprint downfield during practice behind Longview Memorial Stadium on Thursday. The Lumberjacks are set to open their season at home against Hockinson on Saturday. 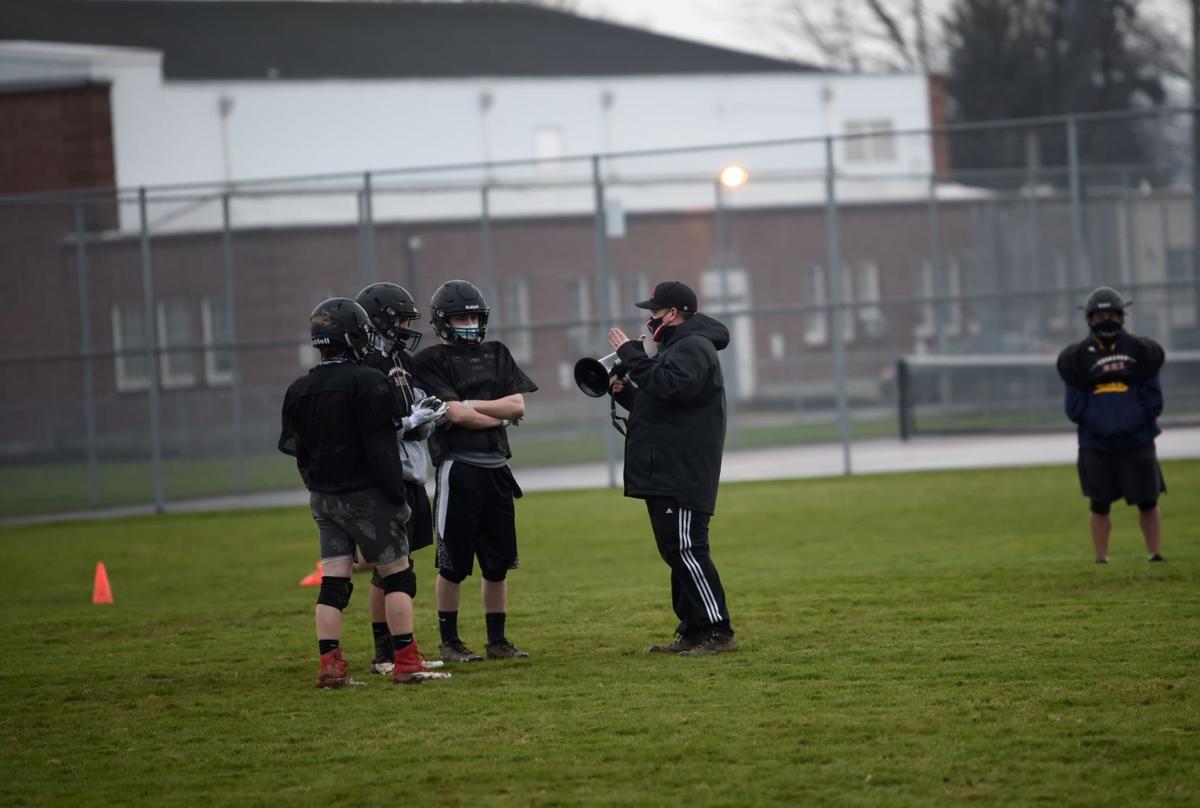 R.A. Long football coach Jon Barker goes over the details with a trio of players during practice on campus, Thursday, Feb. 18. In his first year at the helm, Barker will lead the Lumberjacks on the gridiron for the first time on Saturday at Longview Memorial Stadium in a game against Hockinson.

In theory, Jon Barker has had nine months to prepare for his first game as the football coach at R.A. Long. In reality, he’s dealing with the same rushed schedule that every other team in the area is on, getting just one week of full practices to prepare for a shortened season.

And unlike most schools, he’s starting almost completely from scratch.

“I like what we have as far as bare bones,” Barker said. “It’s just a matter of trying to teach two new languages for the offense and the defense without being able to put 11 guys on the field. (That’s) a little bit of a challenge.”

Barker, who played for Mark Morris in the early 2000s, has his offensive and defensive styles mapped out, and knows what he wants his team to do on the field. But for the first half-year after getting hired, he was limited to teaching those concepts to his team virtually.

“It’s really been a challenge, because it’s one thing to see it on paper,” Barker said. “The one thing about doing it on Zoom and doing it that way is that for them, it just feels like more school. That’s not what they (want); they want the kinesthetic motion. Really being able to give them that has been the victory.”

Now that the Lumberjacks have been able to get out and actually practice on the field there’s been a new level of focus among the players, and a growing excitement, with some new kids making the last-minute decision to come out for the team.

Unfortunately, some of the new recruits have been a touch too late in making the call. The WIAA requires all athletes to participate in 10 practices before they’re eligible for a game, and to get plenty of notarized paperwork from doctors beforehand. With some players not starting either process until last week, they’ll still be a practice or a physical short of eligibility when Saturday’s season-opening game against Hockinson comes around.

As the Lumberjacks finished their warm-up at Wednesday practice, they went into kick-off drill to practice staying in lanes — and to find a kicker. A couple of kicks in, one ball got bombed downfield, decidedly further than the others, but Barker could only shake his head and sigh; the kicker responsible won’t be eligible for RAL’s home opener.

But despite the delayed waves of reinforcement, Barker said that the Lumberjacks have plenty of raw talent and experience to work with. One year removed from not returning a single starter, R.A. Long will have upperclassmen at all but one starting spot this season. The lone exception is at quarterback, where sophomore Shaun Mize will take over as the starter after seeing playing time as the Lumberjacks’ backup in 2019.

The main issue for the Lumberjacks is that, experience aside, Barker’s style and playbooks are as new to the returning starters as they are to the newest freshmen.

“The whole team is essentially new to the system,” Barker said. “That’s the hill to climb.”

2019 Finish: Did not qualify for District

Members of the R.A. Long football team sprint downfield during practice behind Longview Memorial Stadium on Thursday. The Lumberjacks are set to open their season at home against Hockinson on Saturday.

R.A. Long football coach Jon Barker goes over the details with a trio of players during practice on campus, Thursday, Feb. 18. In his first year at the helm, Barker will lead the Lumberjacks on the gridiron for the first time on Saturday at Longview Memorial Stadium in a game against Hockinson.