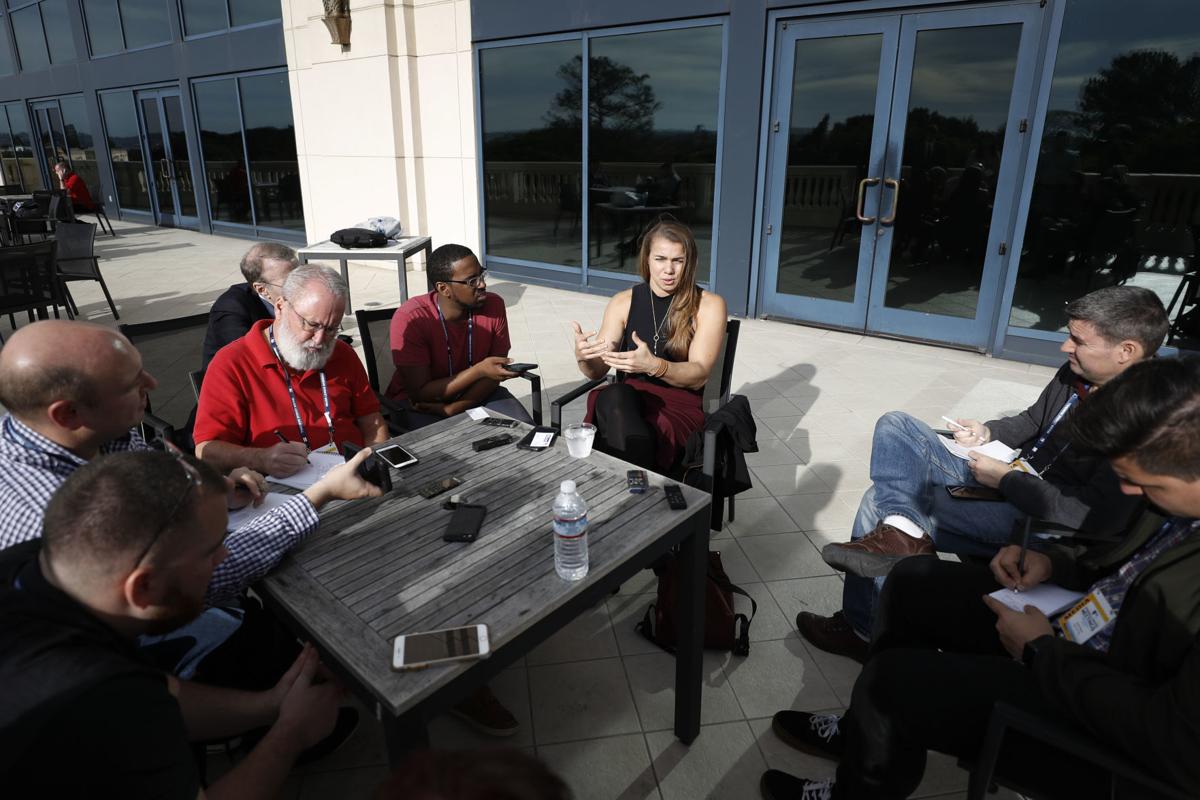 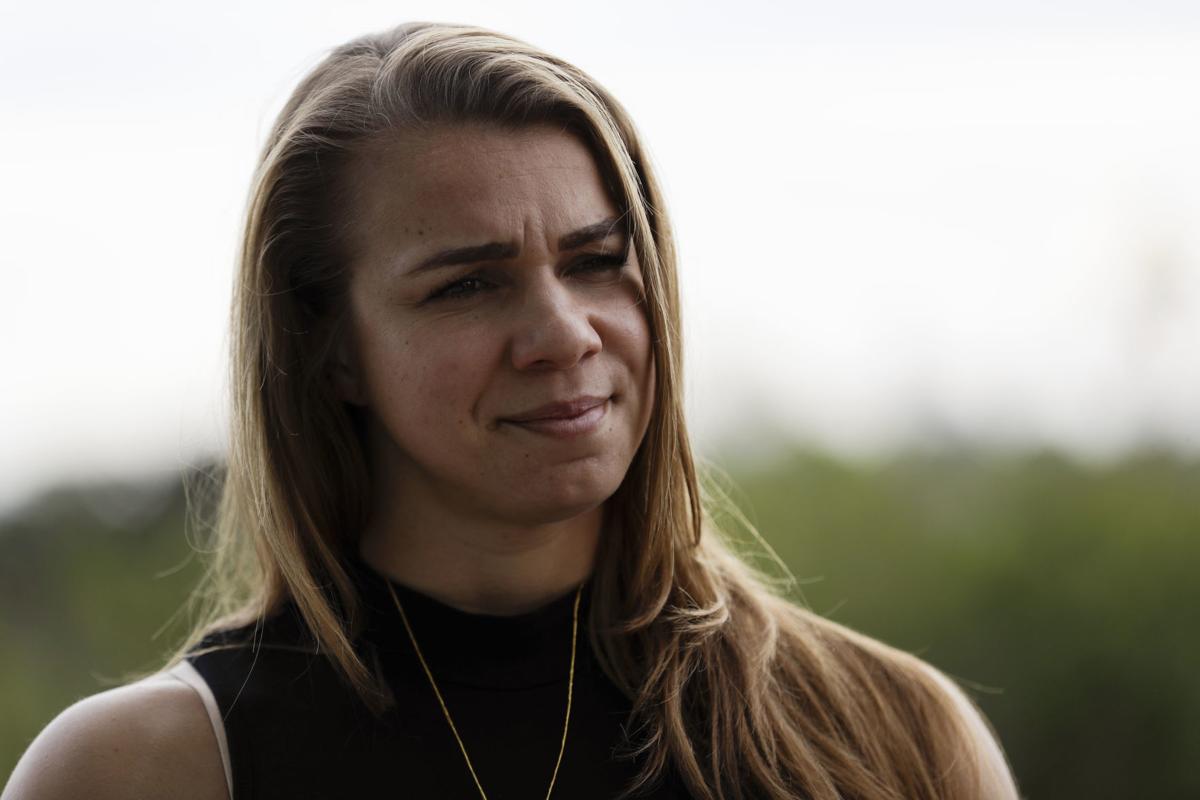 It was 7 a.m. on the day after Christmas, a sleep-in day if there ever was one. But Rachel Balkovec had been up for hours, running the dark, cold streets of West Seattle, swimming in the icy waters of Puget Sound, showering and then driving to work in Kent.

That kind of discipline and focus is why she just made history: In November, she became the first woman to be hired as a full-time minor league hitting coach for a professional baseball team — in this case, the New York Yankees organization. She will report for work in Tampa, Florida, on Feb. 1.

Until then, she is working as a baseball research and development fellow at Driveline Baseball, a pitching and hitting training facility in Kent.

“I feel like people are throwing me a graduation party and I’m just a sophomore,” Balkovec, 32, said of the attention she has been getting since signing with the Yankees on Nov. 8. “This is a stop. It’s not a finality.

“Wait until I’ve won five World Series as a GM,” she said. “Then you can throw me a party.”

Those who know her have no doubt she will get there. Balkovec, who grew up in Omaha, Nebraska, has traveled the country — and moved to the Netherlands — to earn two master’s degrees in the science of human movement and work with minor-league baseball clubs.

It started in 2012, when she had a temporary contract with the St. Louis Cardinals as a strength and conditioning coach for their affiliate in Johnson City, Tennessee, where the Appalachian League awarded her strength coach of the year.

It was in Houston where she met Dillon Lawson, now the hitting coordinator for the Yankees. When he thought of Balkovec for his coaching team, he didn’t think twice about the fact that she was a woman. His mother had an accomplished corporate career, and his wife owns a business. Balkovec was simply the best person for the job and the Yankees organization is “100%” behind her hiring.

“Rachel’s worth and her value far exceeds what is traditional,” Lawson said. “She has made herself so good that whatever traditions say, she eclipses it. She’s in a place of her own.”

Balkovec has worked hard to stay on top of changes in the game, specifically using data to build a team and improve player performance. The Oakland A’s pioneered the practice, she said, but the Astros “took maximizing data to a whole new level,” Balkovec said.

In order to stay current, Balkovec enrolled in Vrije University in the Netherlands for her master’s in human movement sciences. There, she studied eye tracking for hitters, and the hip movements of pitchers. She seeks to train batters to focus on a pitcher’s center, the peripheral view of the pitcher’s body, and to look ahead of the ball to better predict its flight.

That combination of skills is invaluable, Lawson said: “That she can see through a coaching lens, a strength and conditioning lens, a gaze-behavior and ball-tracking lens ... She doesn’t just have depth, she has breadth.”

Balkovec remembers how hard it was to get a job in baseball as a woman, “and that’s a tale as old as time,” she said.

She recalled 2013 when she was working as a waitress and at Lululemon. She applied to 15 baseball teams in the Phoenix area for a coaching job.

“No responses,” she said. “And I had a two master’s degrees, and had interned for the St. Louis Cardinals.”

“I got a ton of responses,” she said. But once they heard her voice on the phone, the only offers came for jobs in women’s sports.

So she kept on waitressing and selling activewear, believing that her time in Major League Baseball would come. And it did, a year later, when the St. Louis Cardinals — where she had interned — called and offered her the strength coordinator position. At the time, she had $14 in the bank.

The men who have helped her along have been men who like Lawson; those who have strong women in their lives. “They have just been around it,” she said.

Once she starts working with players, her gender is never an issue for very long.

“There’s a window of curiosity,” she said, “but it closes within days or weeks, or as soon as they find that I am out there to work. They see your work ethic, they see you’re there to help them. They don’t care.”

She is one of three sisters raised by an American Airlines customer-service manager father and mother who was a bookkeeper. Her father missed just three days of work in 35 years. Her mother went back to work as soon as her youngest started school.

“They’re not superheroes, but they both overshot their coverage for life,” she said. “They raised us for that. It’s who we are. It doesn’t matter what we do, we’re going to go around the brick wall, or right through it.”

Ironically, Balkovec has never been a fan of baseball. It’s just too slow compared to softball, “where you get a grounder and just get rid of it.”

She got to know the game when she dated a guy who played baseball in New Mexico and was drafted by the Los Angeles Dodgers.

She was a catcher on the softball teams at Creighton University and New Mexico, and earned a master’s degree in kinesiology from Louisiana State University in 2012.

“This is who I am as a human,” she said of her drive. “Manifesting.”

At her West Seattle apartment, Balkovec keeps a quote from architect, systems theorist and futurist Buckminster Fuller taped to the wall: “What is my job on this planet? What is it that needs doing, that I know something about, that probably won’t happen unless I take responsibility for it?”

“I have to do this,” Balkovec said. “I honestly feel like I am no longer driving the car. The way my parents raised me, my mentors in college, coaches I’ve known. If I don’t use what I have been given, I’m totally wasting my time on earth, and letting people down who need to see this.”

We can deliver obituaries to your email. Sign up here.