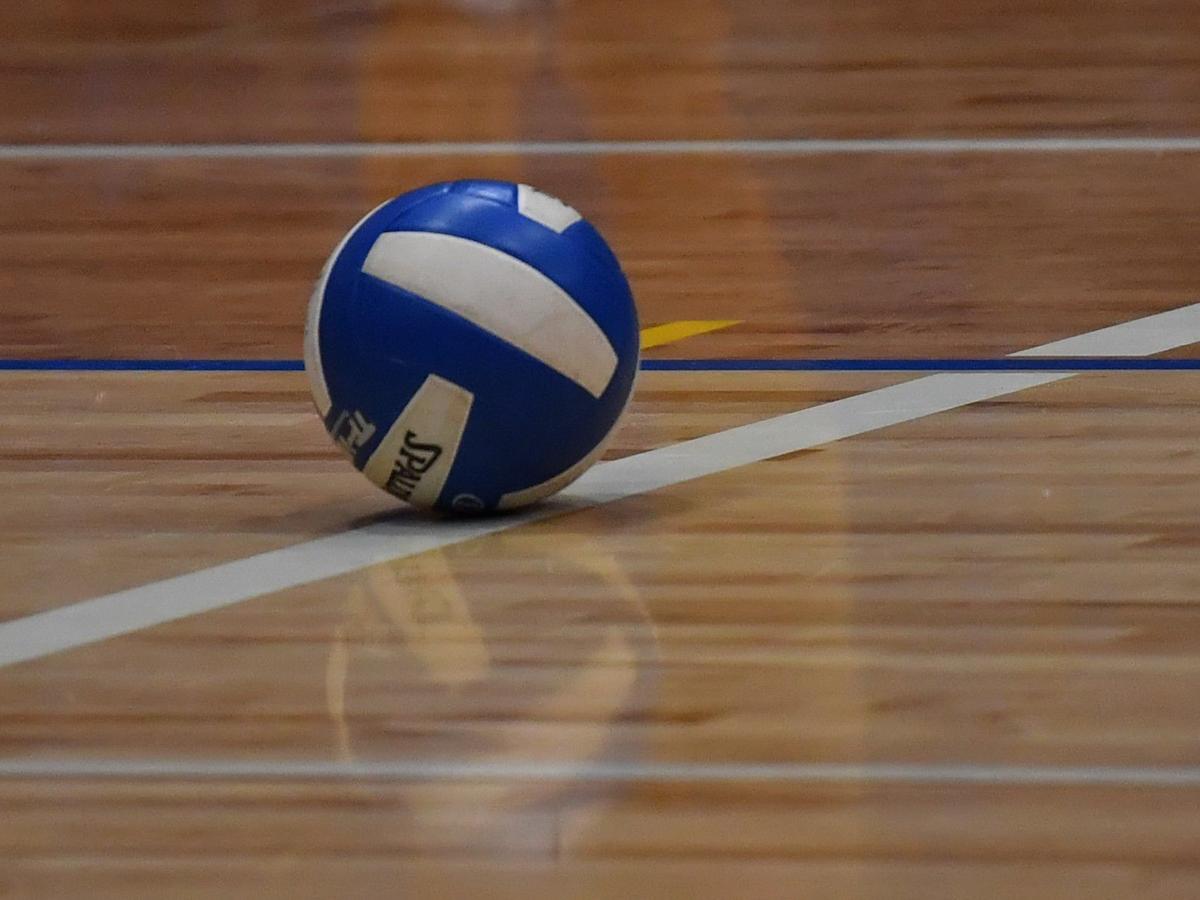 A volleyball waits to be put in play during a match. 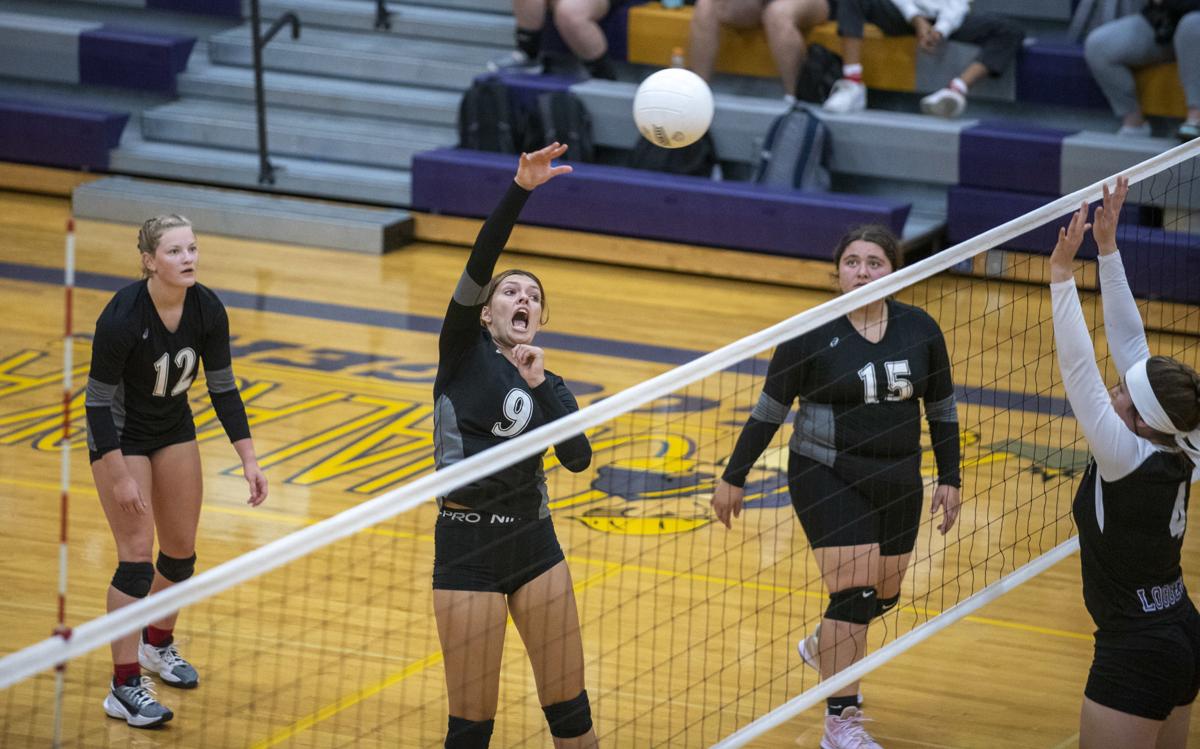 Wahkiakum’s Emmie Niemela (9) spikes the ball during a match in Onalaska on Thursday.

STEVENSON — The Kalama volleyball team had to make the long trip southeast to Stevenson on Thursday, which may have accounted for a closer first set, but soon the cobwebs were shaken all the way off in a 25-21, 25-11, 25-6 sweep that only got more dominant as the evening went on.

“We made a lot of errors in the first set that caused it to be a point for point,” Kalama coach Jeni O’Neil said. “We were able to clean up our game though in the second and third set and started playing Kalama Volleyball. I have to hand it to Stevenson though, they are scrappy and have a lot of potential. Looking forward to seeing them later in the season.”

Paige Chinchen logged her standard double-double, finishing with a team-high 12 kills and 10 digs.

Freshman Libero Taylor Hoggatt racked up 15 digs to lead the defense and had 10 service points, while Rhegan O’Neil put up a 33-assist, 10-dig double-double.

Irene Martinez and Kendal Collins completed the Chinooks’ three-headed monster at the net with nine and eight kills, respectively, while Collins served for 18 points.

“It was a stellar effort by all tonight,” O’Neil said.

Kalama (6-2) will come to Longview on Saturday for Mark Morris’ tournament, and then return to 2B play against Winlock next Tuesday.

RAINIER, Wash. — The Toutle Lake volleyball team got its league season officially underway on the road, and left homeward with a 25-9, 27-25, 25-15 sweep of Rainier (Wash.) that wasn’t the smoothest of sailing the whole way through.

“It was definitely an up and down kind of night for us,” Ducks coach Don Merzoian said.

Ileigh Lynn put up 11 kills to pace the Ducks. Jordyn Grabenhorst added seven and three aces, finishing a perfect 20-for-20 on serves. Natalie Bair drove the offense with 14 assists to teammates but also put down six kills herself, and Grace Hadaller had five kill.s

Toutle Lake (4-3) will open next week at home, hosting Onalaska on Tuesday.

“We didn’t play at our best skill level tonight but the girls kept working for the win,” Winlock coach Chastity Pennington said.

Senior Maia Chaney led the defensive effort with 15 digs in the back row, senior Addison Hall had 14, and sophomore Kindyl Kelly added 12. At the net, Hall led the way with seven kills, while Madison Vigre put up four blocks.

Winlock (2-0) will get the weekend off, and then start next week in Onalaska on Monday.

Courtney Carlson passed out 21 assists. Bailey McKinley was 100% on serves and logged two stuff blocks at the net.

Wahkiakum is set to come to Mark Morris’ tournament on Saturday, and will jump back into its 2B schedule Tuesday, at home against Napavine.

A volleyball waits to be put in play during a match.

Wahkiakum’s Emmie Niemela (9) spikes the ball during a match in Onalaska on Thursday.