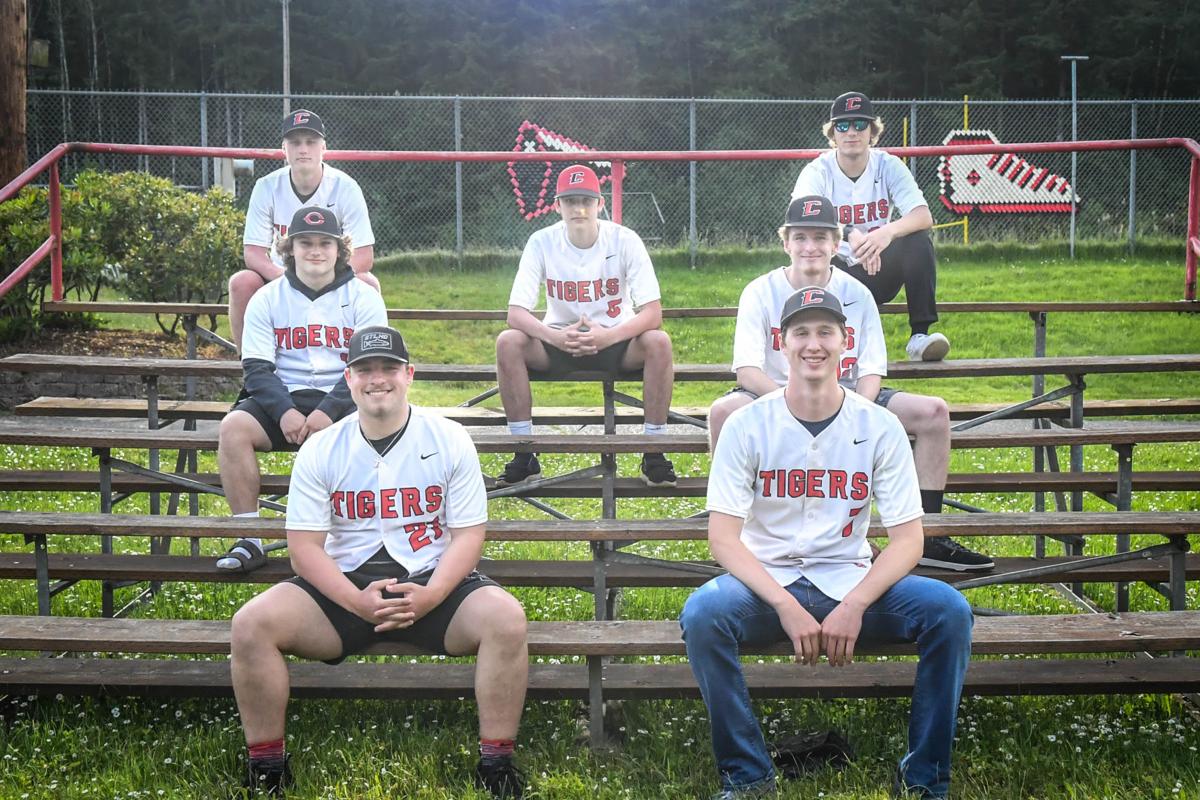 The Tigers baseball seniors sit for a photo. 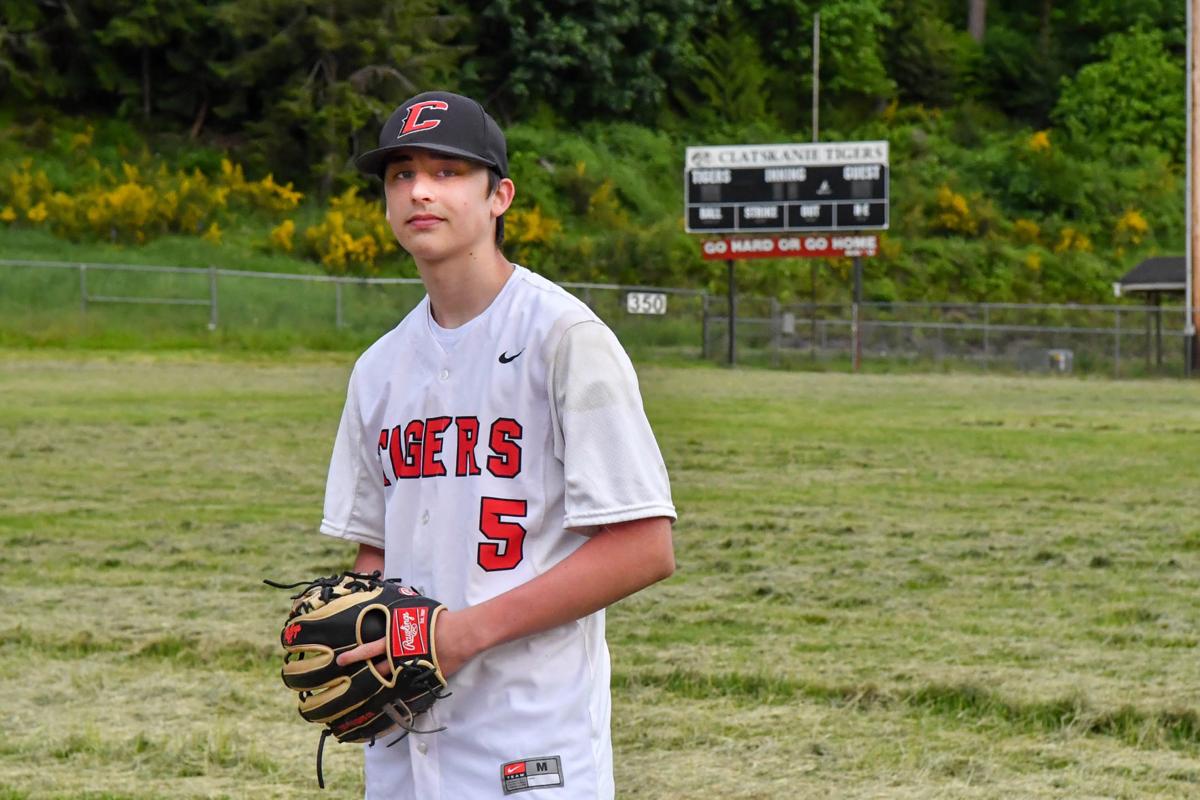 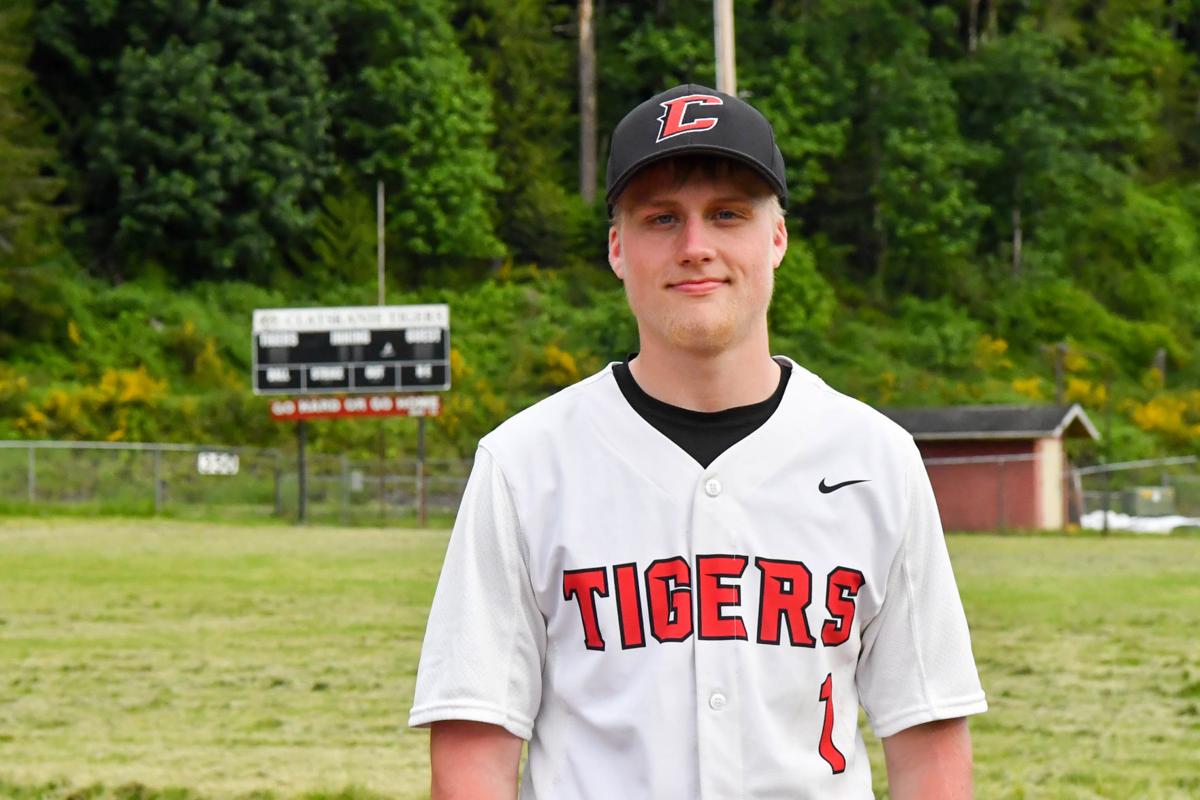 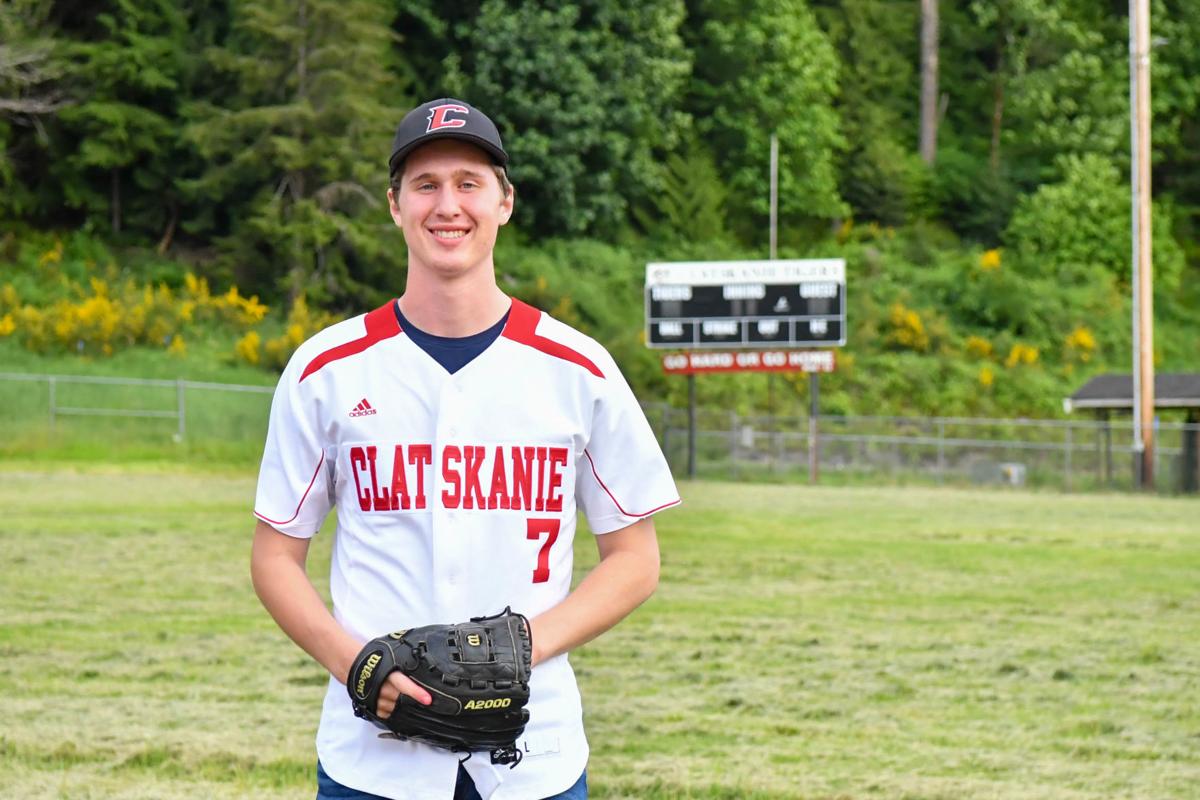 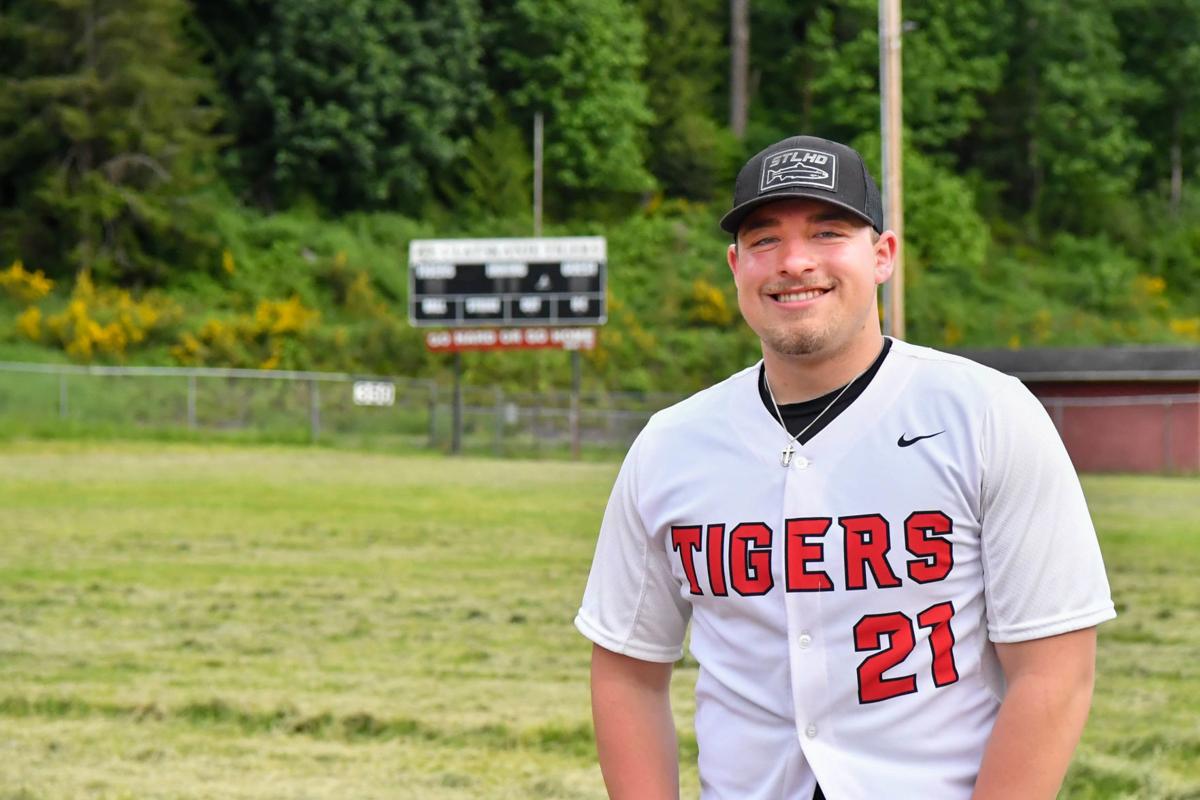 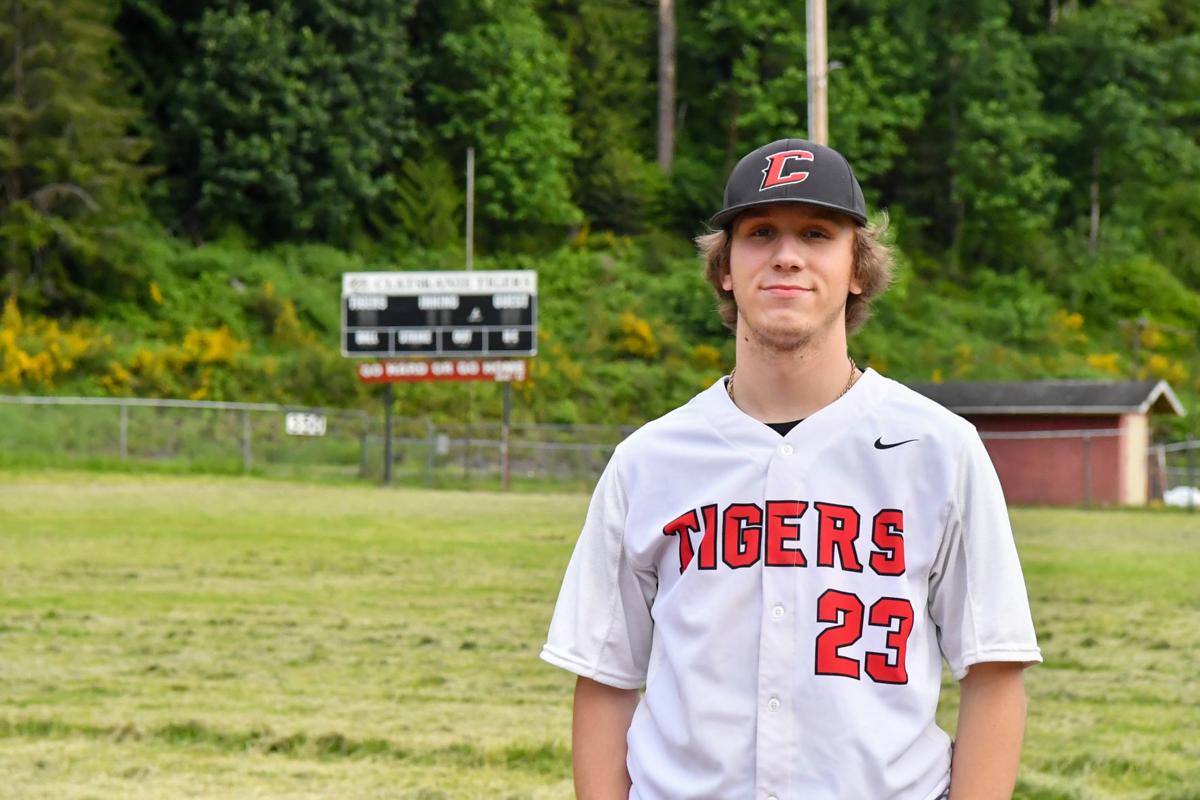 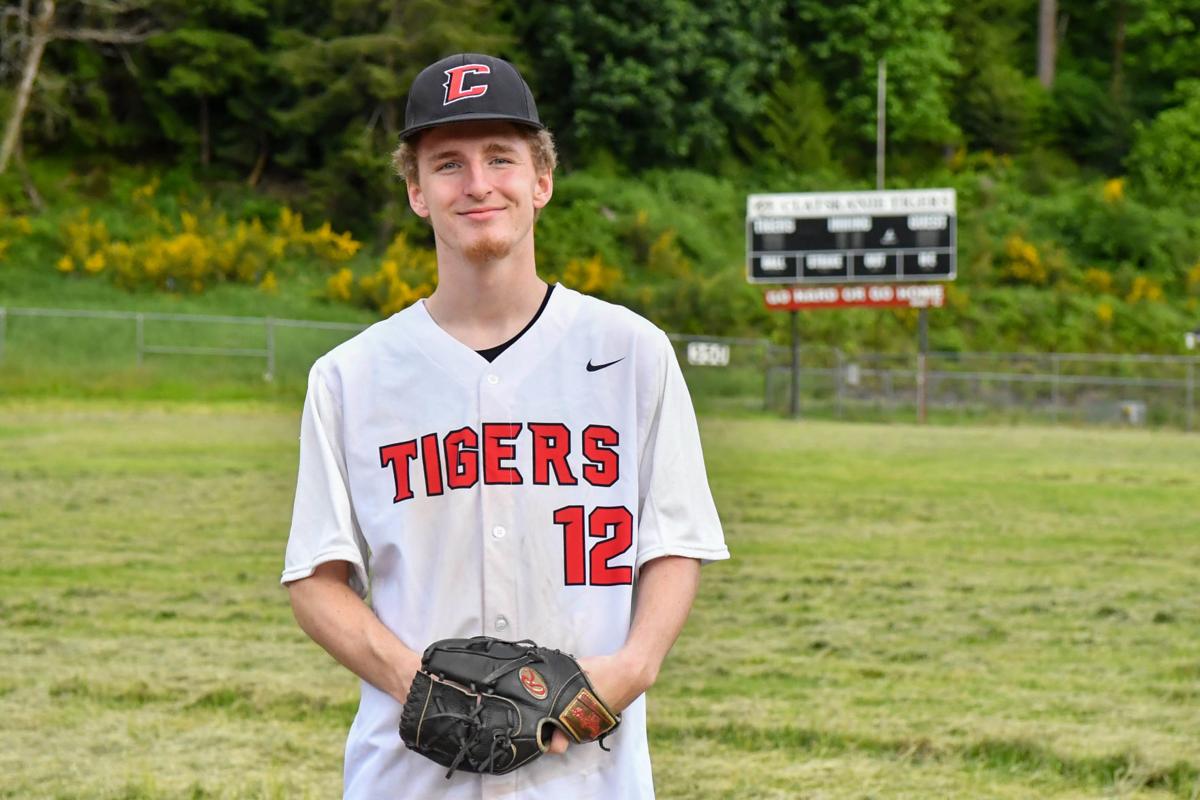 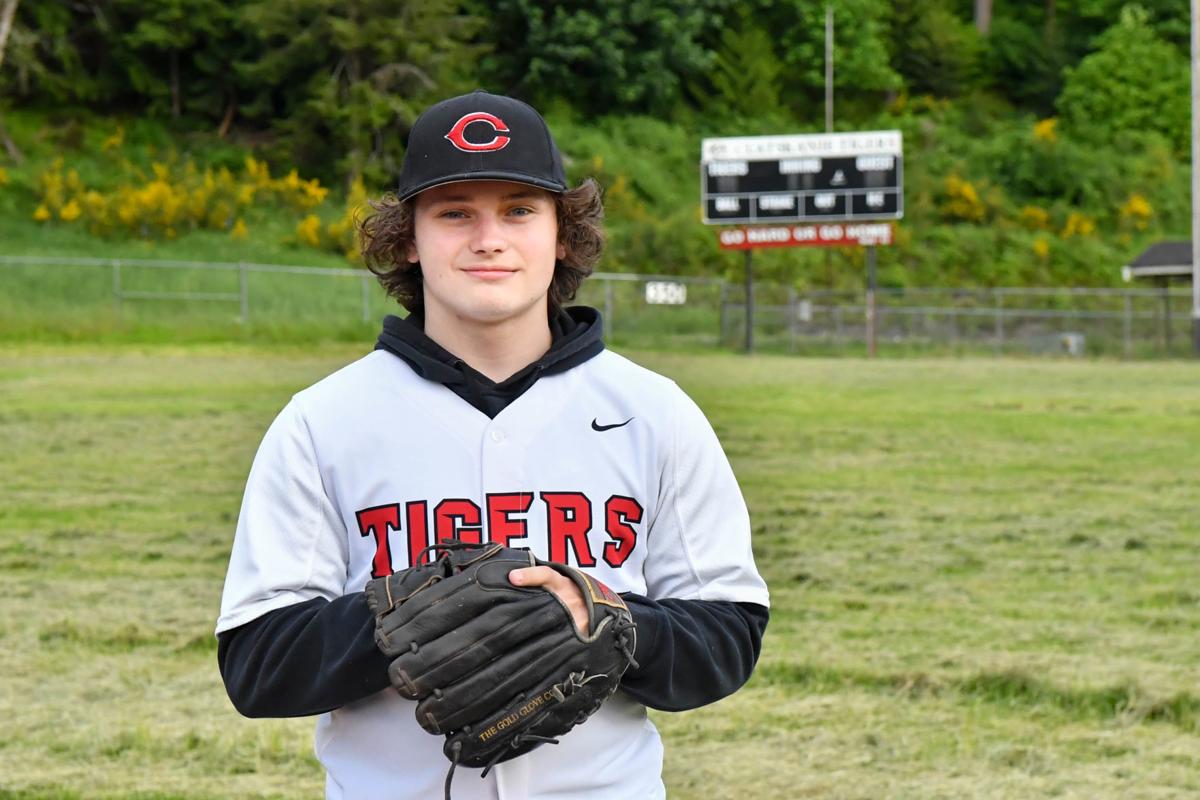 This spring was supposed to be a long season. It was supposed to involve a league battle with their rivals from Warrenton. And it had the potential to end historically alongside the defending state-champion softball team.

The Clatskanie baseball team was at full strength a year after injuries and assorted absences doomed the 2019 effort, but that chance at redemption was summarily ripped away.

“We thought we were built for playoff baseball,” Tigers coach Ryan Tompkins said. “We were built kind of for a playoff run.”

The Tigers were an experienced bunch with five seniors who had started for the team since their freshmen year.

It was a similar setup on the coast with Warrenton, a team that advanced to the State title game a year ago before falling to La Pine in Salem-Keizer.

The Tigers were supposed to be led by catcher and number two pitcher, Cade Warren. One of those four-year starters, Warren was an honorable mention All-State performer a year ago and acted as a coach on the field.

Of all the experienced Tigers, Warren is the poster boy for that peer-to-peer coaching concept. As a catcher and the son of Clatskanie football coach, Tim Warren, Cade’s experience and leadership helped to keep the Tigers grounded. Plus, he’s quite a ballplayer.

“He’s extremely experienced,” Tompkins said. “You take your lumps with kids when they’re a freshman. Learning the hard way.”

Clatskanie’s pitching staff was set to be led by Dawson Evenson. A fireballer who was third-team All-State a year ago, Evenson finished third in Coastal Range League Player of the Year voting last season and is already committed to pitch at Linn-Benton College for next year.

Tompkins said Evenson made huge strides at the plate last year, improving from a career .200 hitter who did a lot of bunting to a competent member of the lineup.

Between Evenson, Warren and James Helmen, the Tigers had a formidable 1-2-3 punch in their rotation.

“He’s one of the better pitchers in the state,” Tompkins said of Evenson. “Big lefty. Throws hard. We were excited for him.”

Helmen, the quarterback of the Tigers league champion 2019 squad, was one of the absences from last year’s disappointing baseball season. He tore his ACL during the football campaign and was unable to get healthy enough for spring sports. He stuck around, though, attending practices and games and keeping the scorebook.

Helman was healthy enough, though, for the 2020 season and was almost certainly going to make a huge impact after securing an All-League nod in both his freshman and sophomore seasons.

“He was a stud pitcher as a freshman and a sophomore,” Tompkins said. “I think he hit .500 as a sophomore. We were excited to have James back healthy. He was kind of the missing ingredient last year.”

Every good baseball team needs a defensive whizz, a utilitarian who can fill it at any number of defensive spots.

This year the Tigers were counting on Jack Boothe to flourish in that role. A lifeguard in his spare time, Boothe also holds the school record for single-season sacrifice bunts with seven.

“Clutch,” Tompkins said of Boothe. “I think he had three game-winning RBIs last year. Really kind of a clutch kid at the plate.”

J’kari Combs is another senior who missed his junior season due to injuries but was back on the diamond in 2020. Like Helman, he had also been a starter since he was a freshman starter. A corner outfielder before his injury troubles — knees, mostly — Combs was mostly substituted for a designated hitter in his earlier career but he was going to get to hit in his final high school season.

“He was a greater outfielder for us his freshman year,” Tompkins said. “Right fielder. Covered a lot of ground.”

Noah Patterson is an outfielder who hits at the bottom of the order last season. But don’t take that misleading fact too far.

Patterson possesses mammoth power at the plate with an all-or-nothing approach. He doesn’t even need a pitch to be thrown hard, or at all, to go yard. According to his coach he can deposit a baseball over the fence from a standstill off of a hitting tee.

“I think he hit three home runs last year,” Tompkins said. “He’s got a lot of power. He’s a big swinger. He’s going up there to hack.”

Sam Shockley gravitated to baseball after a freshman year spent on the track. His speed and athleticism quickly made him a dynamic force on the basepaths. An outfielder and the number nine hitter, Shockley was poised to break out during his senior year.

“He played summer ball. He’s been getting better every year,” Tompkins said.

Chase Baker rounded out the Clatskanie senior contingent. Baker has spent much of his Clatskanie career in a DH platoon with other guys, but his attentiveness has ensured that his baseball IQ is high.

Although the season’s ending was completely out of their control the Tigers will always wonder how they would have fared this season in their rivalry affairs.

“That was kind of our goal all year. We wanted a chance to compete with Warrenton,” Tompkins said.

The Tigers baseball seniors sit for a photo.