Following a 20-point loss to Camas on its home floor last week Kelso stared down the barrel of yet another contest against another 4A foe when it faced the state’s leading scorer Tait Spencer and Battle Ground.

The Hilanders regrouped and played perhaps their best game of the season to take down the Tigers 104-94 in double overtime Tuesday. Ethan Mitchell finished with 21 points including seven in the two overtime periods to pace the Hilanders offensively.

“It was a crazy game,” Kelso coach Joe Kinch said. “It was tight the entire second half. Both teams played at a high level… Hats off to our guys. They played with great energy. We were really synchronized tonight.”

After falling behind early, Kelso played a strong second quarter behind the play of Henderson who scored nine of the Hilanders’ 28 points to take a 45-39 lead into halftime.

The two teams traded baskets throughout a tight second half that saw neither team lead by more than five points. Tait Spencer was nearly unstoppable for Battle Ground, leading the team with a game-high 37 points in the loss. Noah Curried scored 15 for the Tigers and Trey Spencer added 11 points.

Easton Marshall scored 11 of his 17 points in the fourth quarter for Kelso as it tried desperately to put Battle Ground away to no avail.

Tait Spencer hit game-tying shots at the end of regulation and the first overtime to extend the game. Each time Kelso had five seconds for a rebuttal, but the Hilanders’ attempts came up short.

Though his team came up short against Camas last week Kinch saw positive signs in that game that indicated his team was capable of accomplishing what it did against Battle Ground.

“I think the most important piece was that our team was really locked in tonight,” Kinch said. “In the loss to Camas on Friday, we had indicators that we played and competed really hard.”

Payton Stewart played a key role for the Hilanders with a double-double on the low block. He finished the game with 14 points and 11 rebounds.

“It’s important for us to take care of ourselves first, making sure that our energy is up and we’re all rowing in the same direction,” Kinch added. “I’m sure it gives our kids a shot in the arm and I’m sure they’re really proud of how they played.”

Kelso (9-7 overall) has yet another non-league game ahead with a cross-river showdown with 2A Mark Morris, Friday at 7 p.m.

The game of the year will be seen live only by the lucky 1,338 fans who manage to get their hands on real paper tickets in the days before Lon…

2A high school boys basketball scores and reports for teams from The Daily News coverage area including Mark Morris and Woodland. 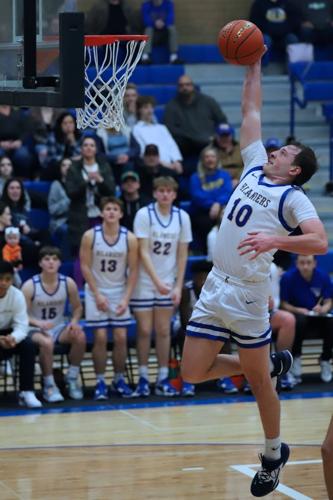 Kelso's Ethan Mitchell soars for a finish in transition during a game against Battle Ground, Tuesday, Jan. 24, in Kelso. Mitchell scored 21 points in a 104-94 double overtime win over the Tigers. 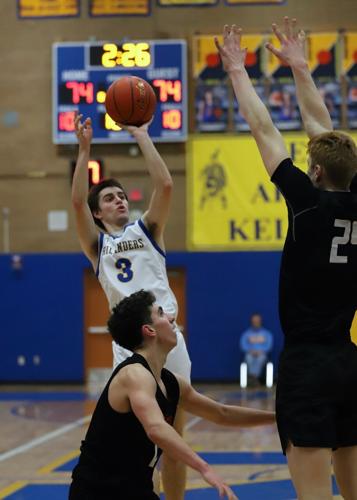 Kelso's Easton Marshall hits a fade away jump shot with the scored tied 74-74 against Battle Ground, Tuesday, Jan. 24 in Kelso. Marshall scored 17 points in a 104-94 double overtime win over the Tigers. 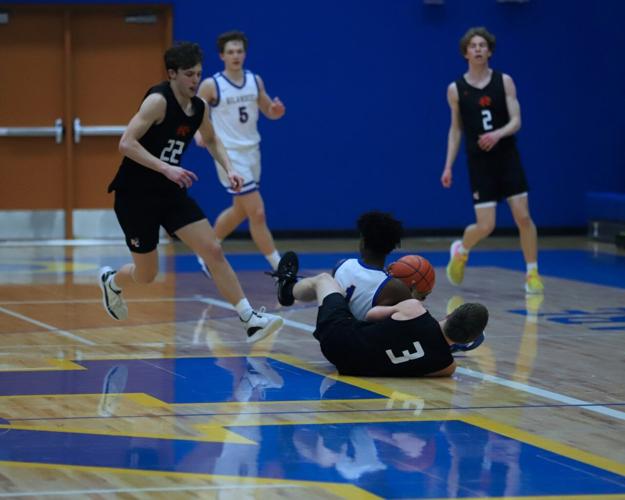 Kelso's Michael Henderson comes up with a steal after diving to the floor during a game against Battle Ground, Tuesday, Jan. 24 in Kelso. Henderson scored 19 points in a 104-94 double overtime win over the Tigers. 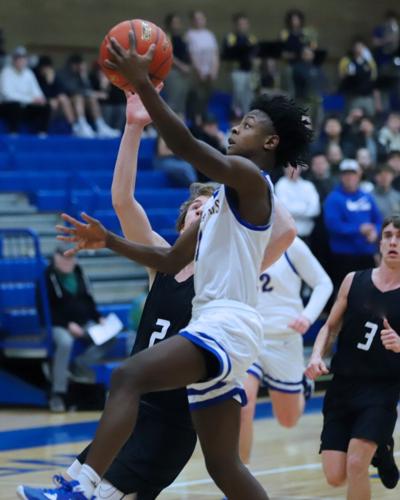 Kelso's Michael Henderson lifts off for a layup during a game against Battle Ground, Tuesday, Jan. 24 in Kelso. Henderson scored 19 points in a 104-94 double overtime victory over the Tigers. 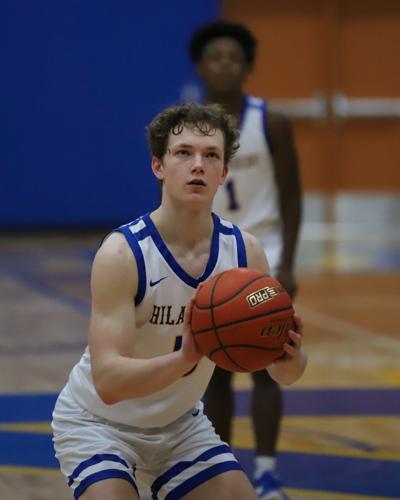 Kelso's Hayden Yore shoots a free throw during a game against Battle Ground, Tuesday, Jan. 24 in Kelso. Yore scored 20 points and hit a pair of free throws following technical fouls in the fourth quarter to help send the game to overtime. The Hilanders won 104-94 in double overtime.