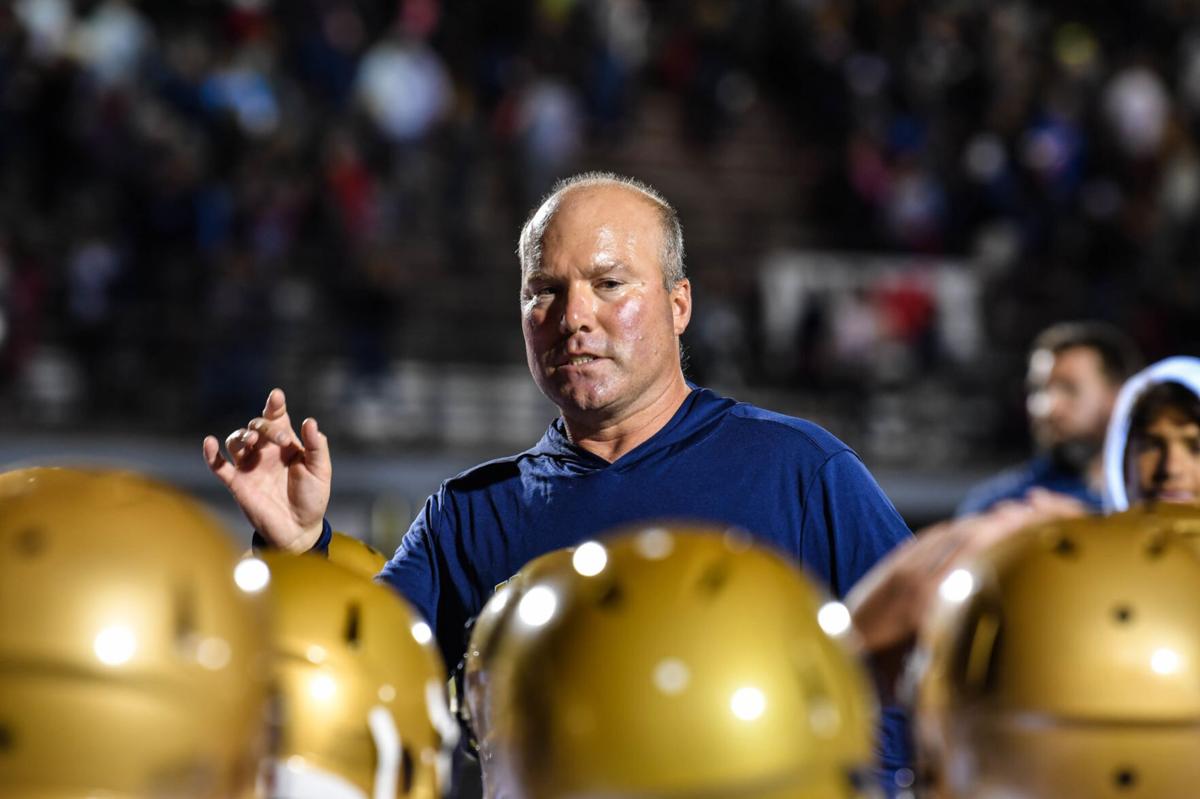 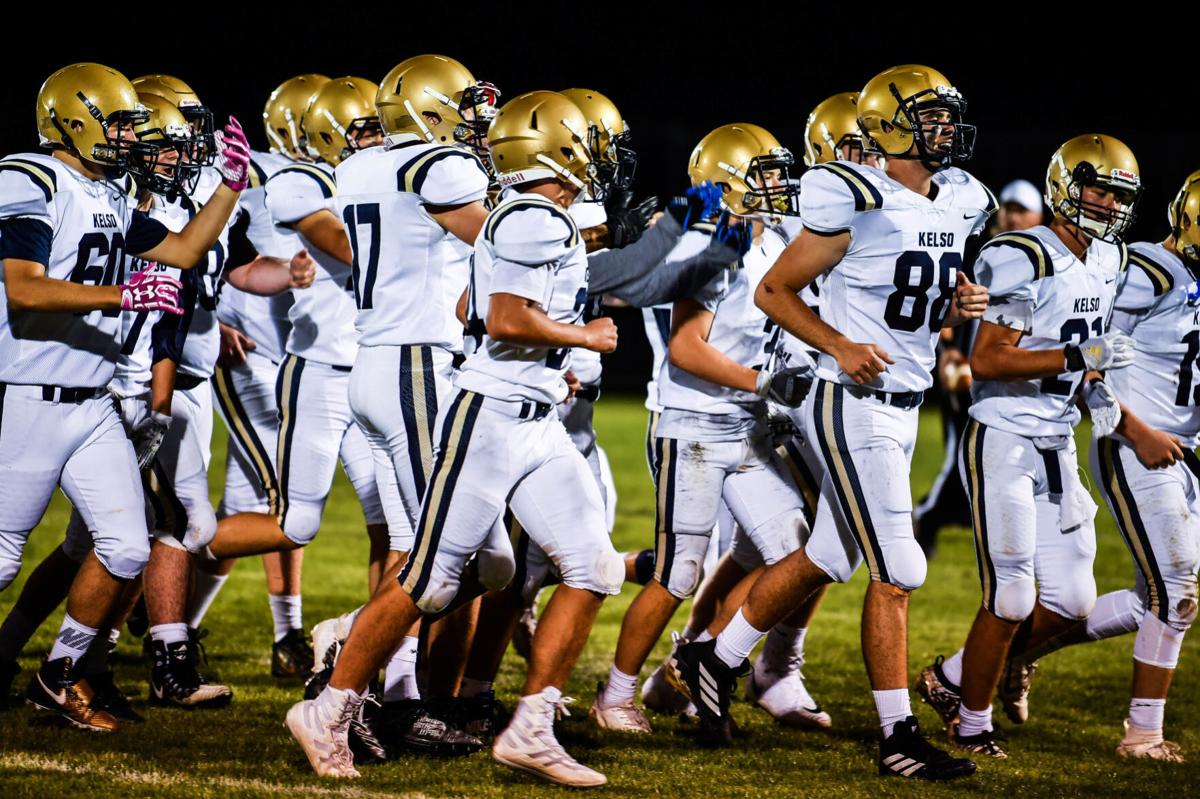 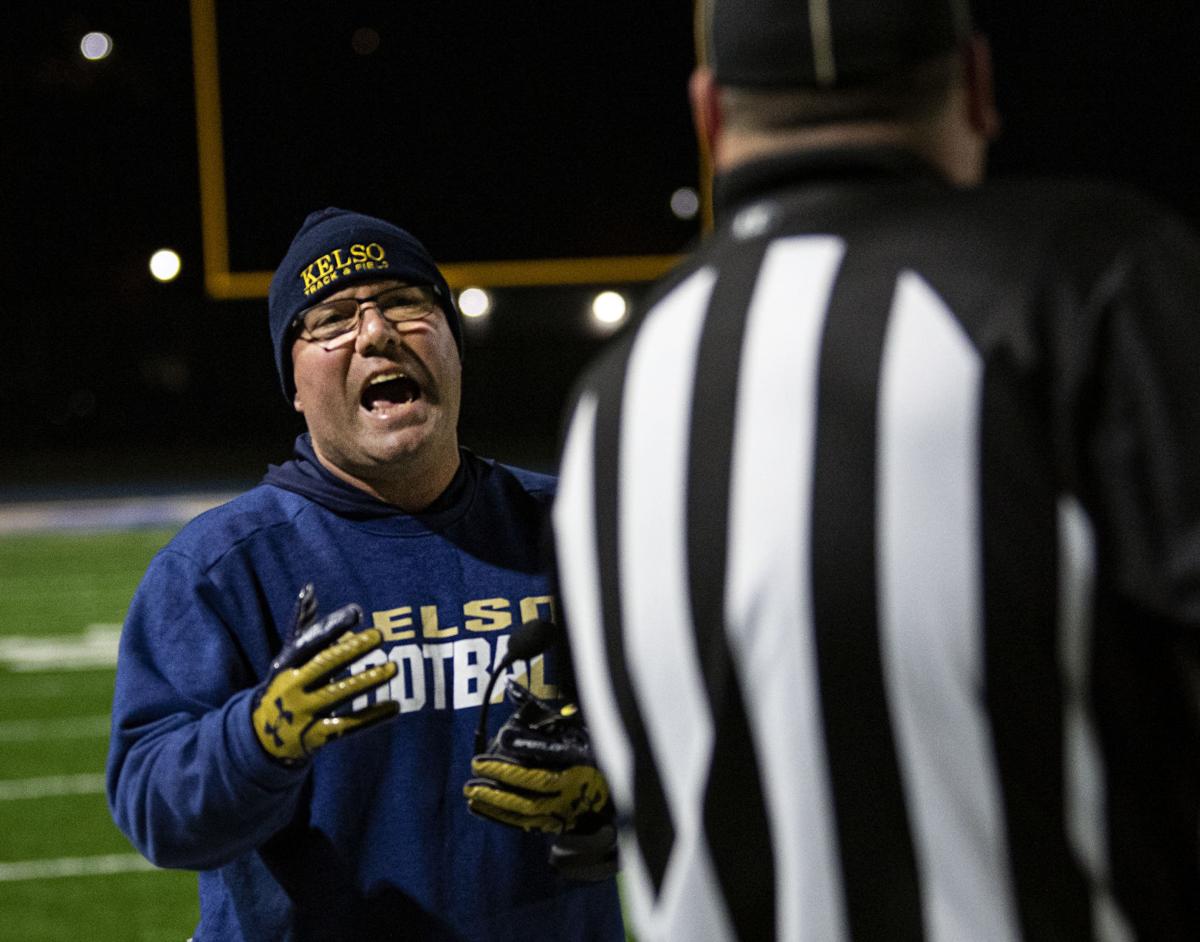 Fall sports are unique at the high school level because there isn’t a season to precede them. As such, traditional fall sports teams like football don’t normally have to worry about the end of another season dictating when they get access to their players.

Under normal circumstances they have the entire three-month summer to prepare. And so they host training camps, and travel to team camps, and participate in 7-on-7 passing leagues throughout June and July.

But because of COVID-19 that’s all about to change for Washington’s prep football teams in 2020-21, at least.

With the WIAA moving several high/moderate risk sports from fall into the late winter/early spring, football teams will now get a taste of what traditional winter and spring sports already know so well — They will have to wait on sports like basketball and wrestling to end, instead of the other way around.

“It’s just really unfortunate for the kids,” new R.A. Long football coach Jon Barker said. “And we’re just trying to do the best we can to hold out hope that they get to have a season, especially for the seniors. The WIAA continues to try and put the kids first in terms of trying to meet all the safety requirements that they need to. I’ve been really impressed with their willingness to keep changing and modifying and adapting. As the hurdles come, they continue to find new answers.”

Football switching seasons, with practices beginning Feb. 22 and games allowed as early as March 6, is proving to be a bittersweet pill to swallow.

It’s sweet because the WIAA was flexible and creative — like the NWAC was in making a similar decision — which at least maintains the possibility that sports like football might be played during the upcoming school year. Furthermore, the WIAA made the decision soon enough that teams, schools and school districts can start making plans as they attempt to wrap their heads around a radical departure from traditional athletic calendars.

“I’m glad the WIAA at least came out with a decision,” Kelso football coach Steve Amrine said. “It at least defines it for all of us, instead of waiting and going week to week.”

The move is bitter because there are still so many unknowns. For instance, nobody knows if, or when, school will return to in-person instruction, and how that will affect sports. And, nobody knows when Cowlitz County will get to Phase 4 of the reopening plan, which would allow football teams to practice and work out in full.

Even then, football players who also play basketball or wrestle, could feasibly lose two weeks of practice in the spring since football practice begins a full two weeks before WIAA winter championships are set to end.

At this juncture the unknowns are what they are: Frustrating, but unavoidable.

“We really haven’t been told what September, October, November, December are gonna look like,” Amrine said. “There’s been no decision what goes on, other than the three sports they say they’re gonna try and play in September. That probably all goes back to what the governor says and what the health department says.”

For Jon Barker and his new charges at R.A. Long, it’s an especially unique situation.

Barker, a Mark Morris alumnus, is coming in hot from Quincy, Washington (across the mountains and a few coulees) and was all set to start his first season in charge of the Lumberjacks. But all that momentum was disrupted due to the global pandemic.

At least this season, Barker doesn’t have to deal with the east side weather in the winter months.

Barker just got settled back in his hometown but he had already been doing weekly digital meetings with a smattering of varsity players in order to teach entirely new offensive and defensive systems. The Lumberjacks’ coach said the extra preparation time will be helpful in at least one other aspect as he plans on conducting a full inventory of program assets in order to see what needs replaced, what needs added, and what needs to be discarded entirely.

But the lack of answers on when his players can begin to gather, and in what size groups, is already presenting challenges for the first-year coach.

“The positive of it is, I get to have more time to get to know the kids, if we get to have face to face classes at some point,” Baker said. “It’s really kind of another unknown. We’re really just punting the ball further down the road. It’s frustrating in the sense we can’t get kids in — we can’t do football. We can condition and lift and stuff like that, but they’re chomping at the bit to run some drills and throw passes to each other, because we can’t do that yet.”

Across the Cowlitz River in Kelso, Amrine is faced with a different challenge: a huge program and limited hours in a day.

Amrine said he’s got upwards of 100 players in the Hilanders’ football program, but they can only have 10 players working out at any given time. Typically that means five players in the weight room and five on the field.

The Kelso School District has so far allowed Amrine to work out his team this summer under those restrictions, according to Phase 2 of Washington’s reopening strategy. That sliver of wiggle room has given the Hilanders some opportunity to ready their bodies for what promises to be a grueling football season. Even then, the 2021 spring football season will be condensed, for obvious reasons.

“When we all saw what they came up with, we were like, ‘You know what? For what we’ve been through and what we’re going through, this is pretty good,’” Amrine said. “You’re never gonna make people happy, perfectly happy, but you gotta start somewhere. I think they did a good job in coming up with that, and we’re excited to watch these kids get an opportunity again.”

Look to the Chargers and Seahawks to make the playoffs