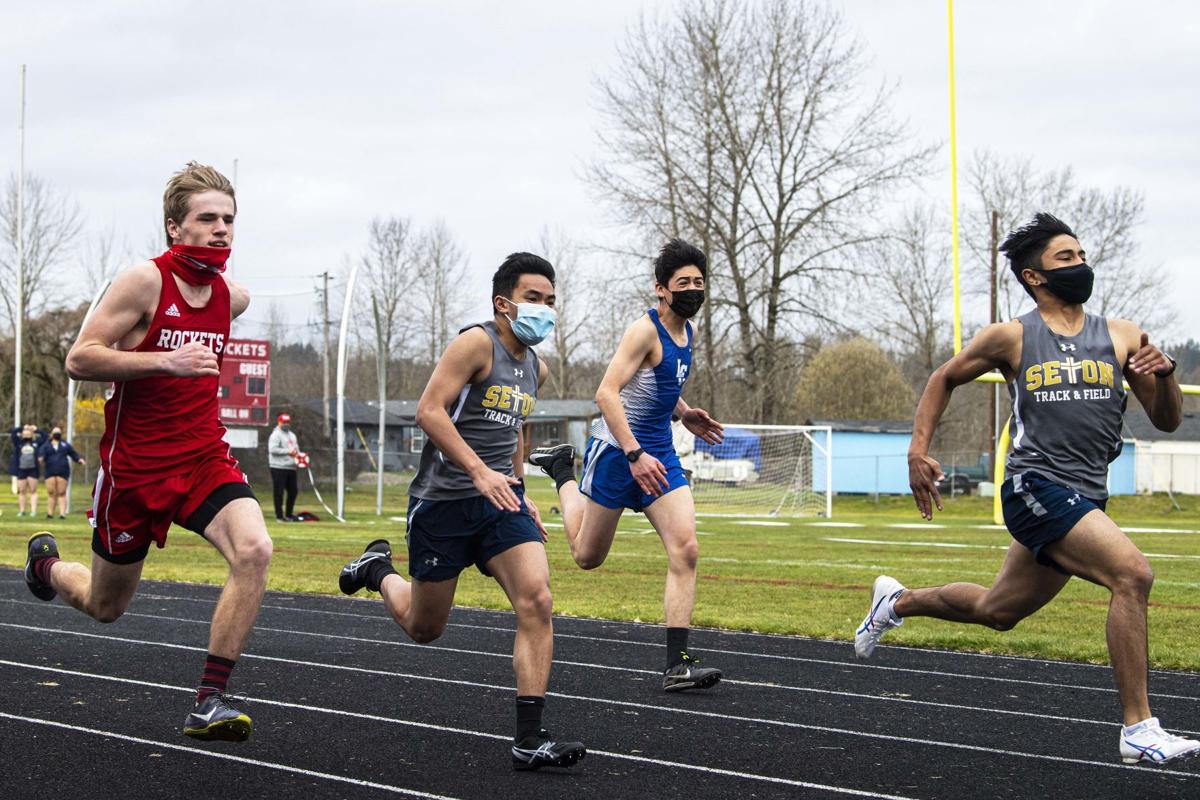 In this file photo boys 100-meter sprinters take out of the gate during a three-school meet with Castle Rock High School, La Center High School and Seton Catholic High School in Castle Rock on Friday, March 26. 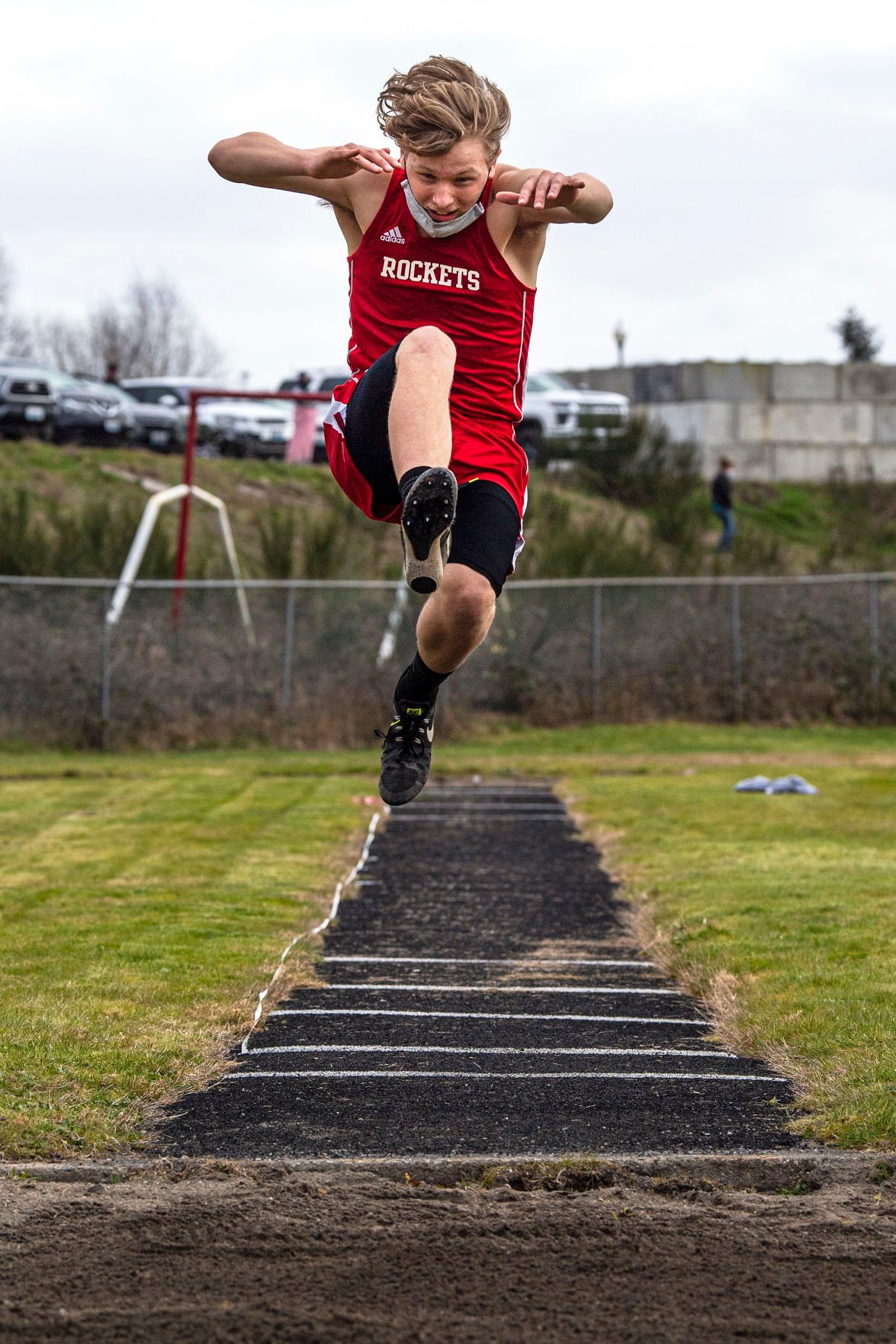 VANCOUVER — The Castle Rock track and field teams had a busy week, hosting one 1A TriCo meet against La Center and Seton Catholic on March 26, before going to Vancouver for an April 1 road date with the Wildcats and Cougars.

The Rocket girls took second to La Center in both meets, while the boys finished second at home before earning first on the road.

Grant Kincaid, making his first appearance in Castle Rock red after transferring in from Battle Ground, powered the win for the boys, winning the discus and javelin with throws of 102 feet, 4 inches and 115 feet, 2.5 inches, respectively.

On the girls’ side Thursday, Kynsi Bayes won the javelin throw with a PR of 78 feet, 9 inches, while Samantha Farland and Veda Frost filled in the next two places behind her.

Farland and Frost were joined by Paige Kessler and Avery Ness on the 4x100 squad, which won in 55.67 seconds to set a new PR.

Kessler also won the high jump at 5 feet, 4 inches, while Frost and Ness finished second in the 100 meters and 200 meters, respectively.

NAPAVINE — The runners and jumpers led the way for the Kalama girls track and field team, as the Chinooks finished with 125 points to beat Montesano (118), Wahkiakum (118), Napavine (38), and the Washington School for the Deaf (9).

Wahkiakum made most of its big marks on the girls side in the throwing events. Jansi Merz finished first in the discus at 123 feet, 8 inches, a new PR, good for second in the state this year — in all classes. Behind her, fellow Mules Nalani Schultz (92 feet, 3 inches) and Kimberlee Watkins (75 feet, 3 inches) finished second and third, respectively.

The Mules also stacked the finishers in the shot put, filling in the top-five placers. Kamryn Watkins led the way at 34 feet, 4 inches, with Schultz (29 feet, 6.5 inches) and Merz (29 feet, 3.50 inches) rounding out the top three. Watkins also won the javelin, setting a new PR at 89 feet, 7 inches.

Innovative insulation unveiled for Team USA ahead of Winter Olympics

In this file photo boys 100-meter sprinters take out of the gate during a three-school meet with Castle Rock High School, La Center High School and Seton Catholic High School in Castle Rock on Friday, March 26.