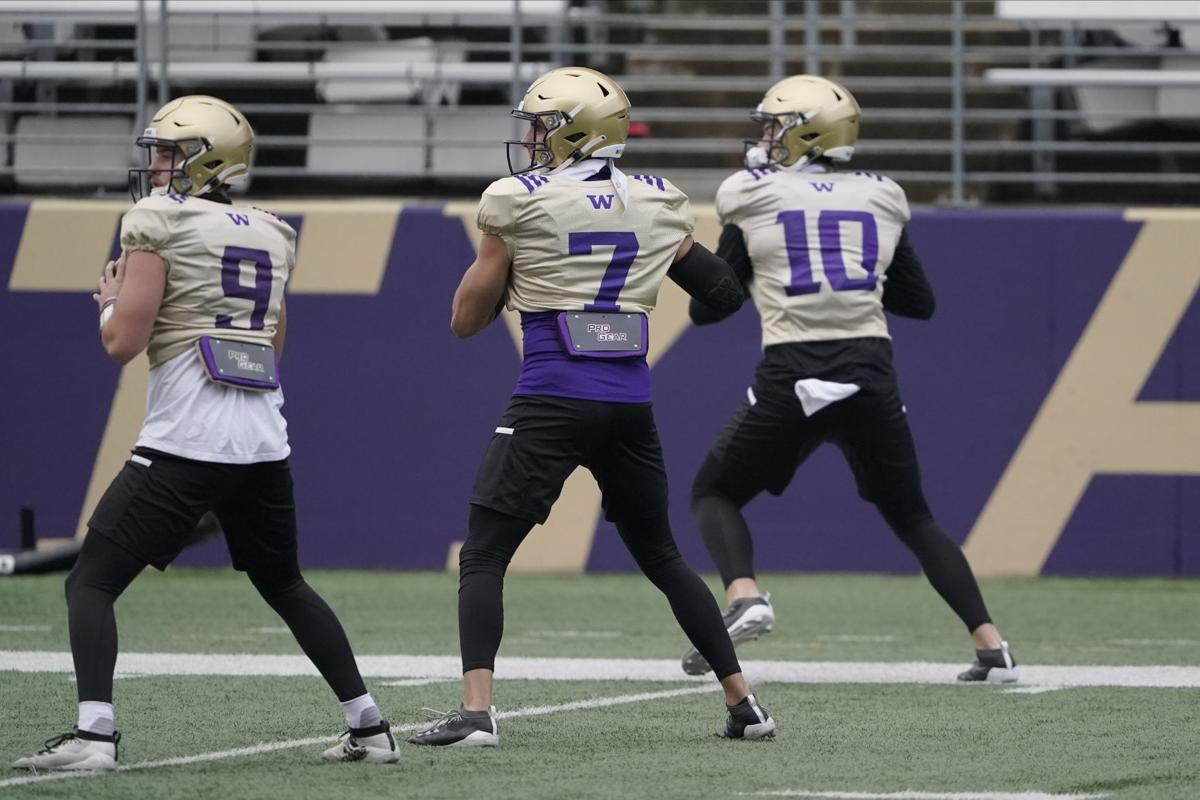 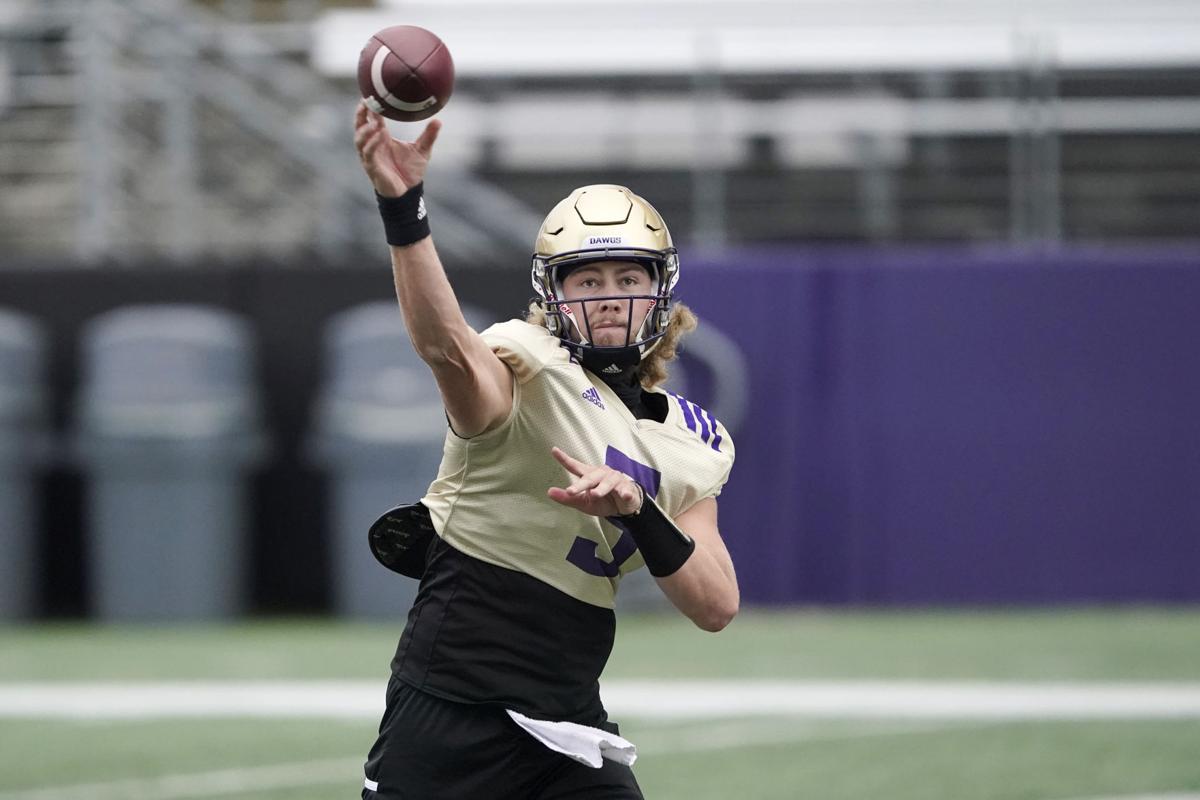 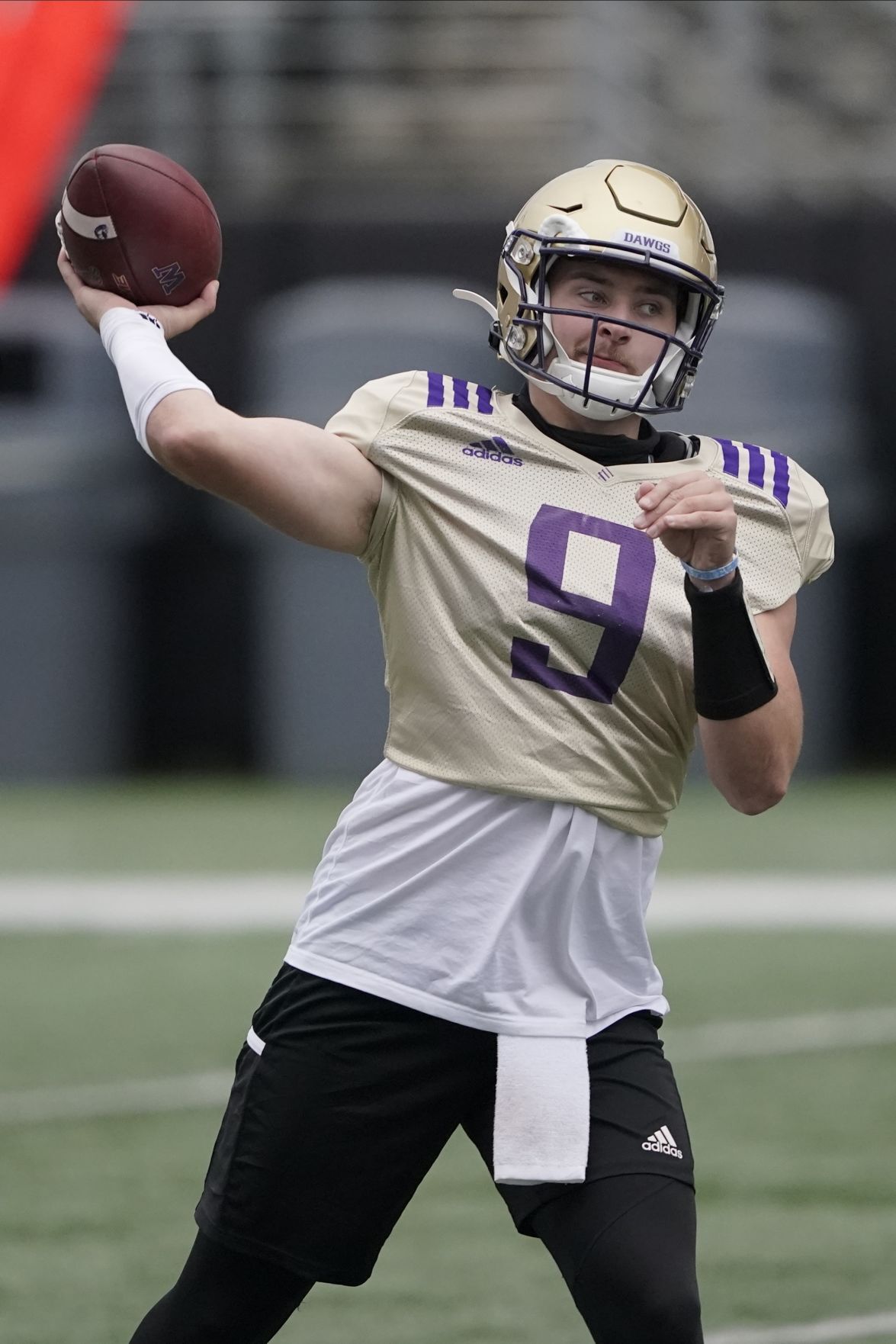 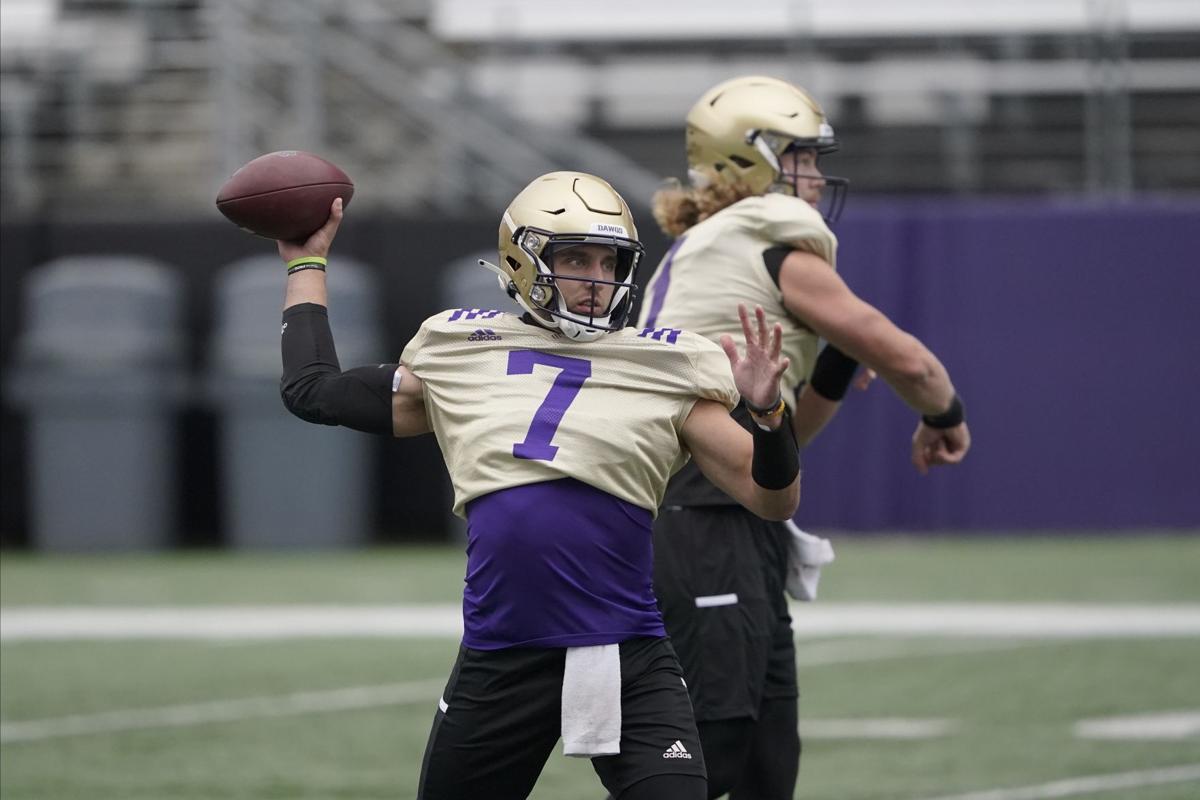 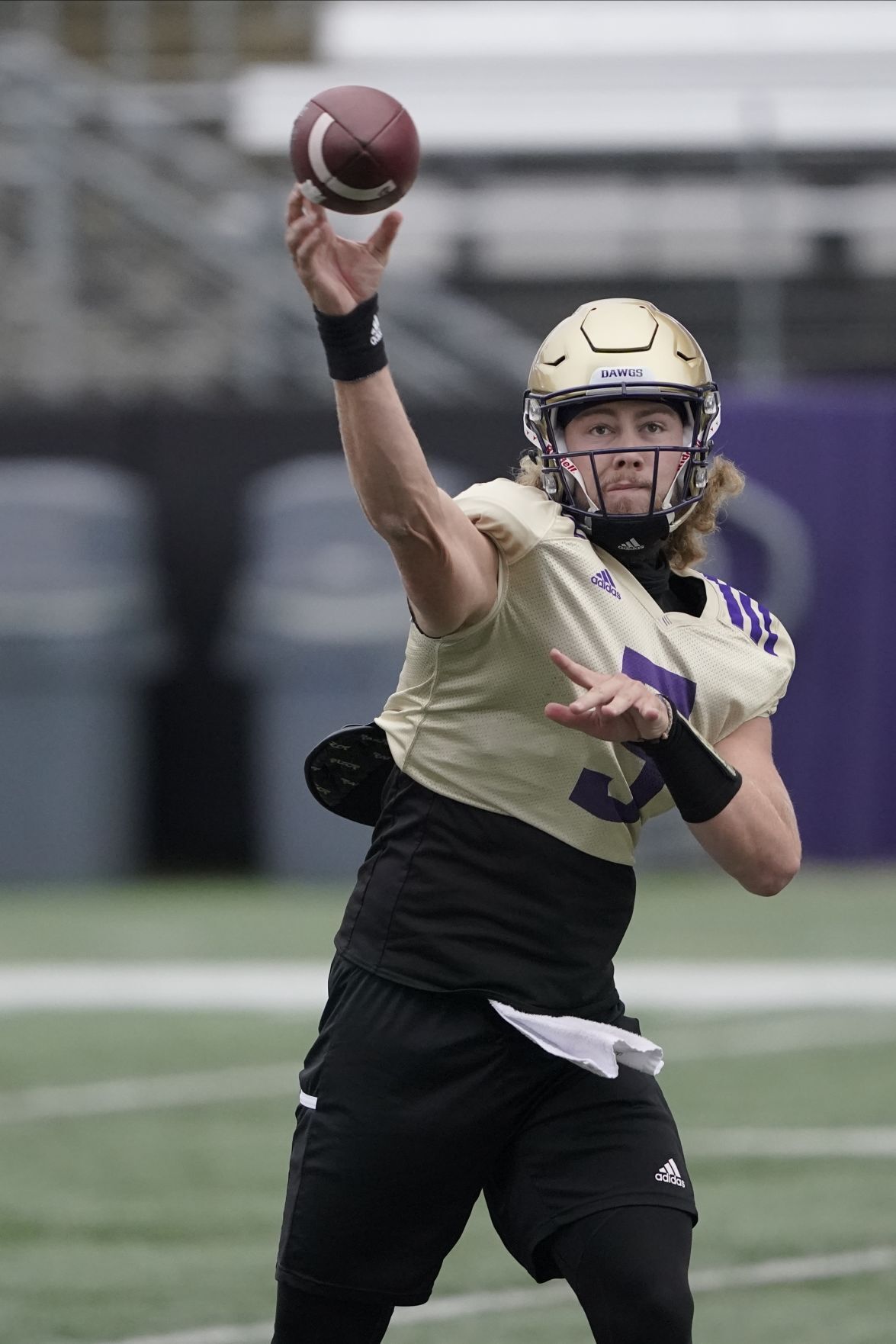 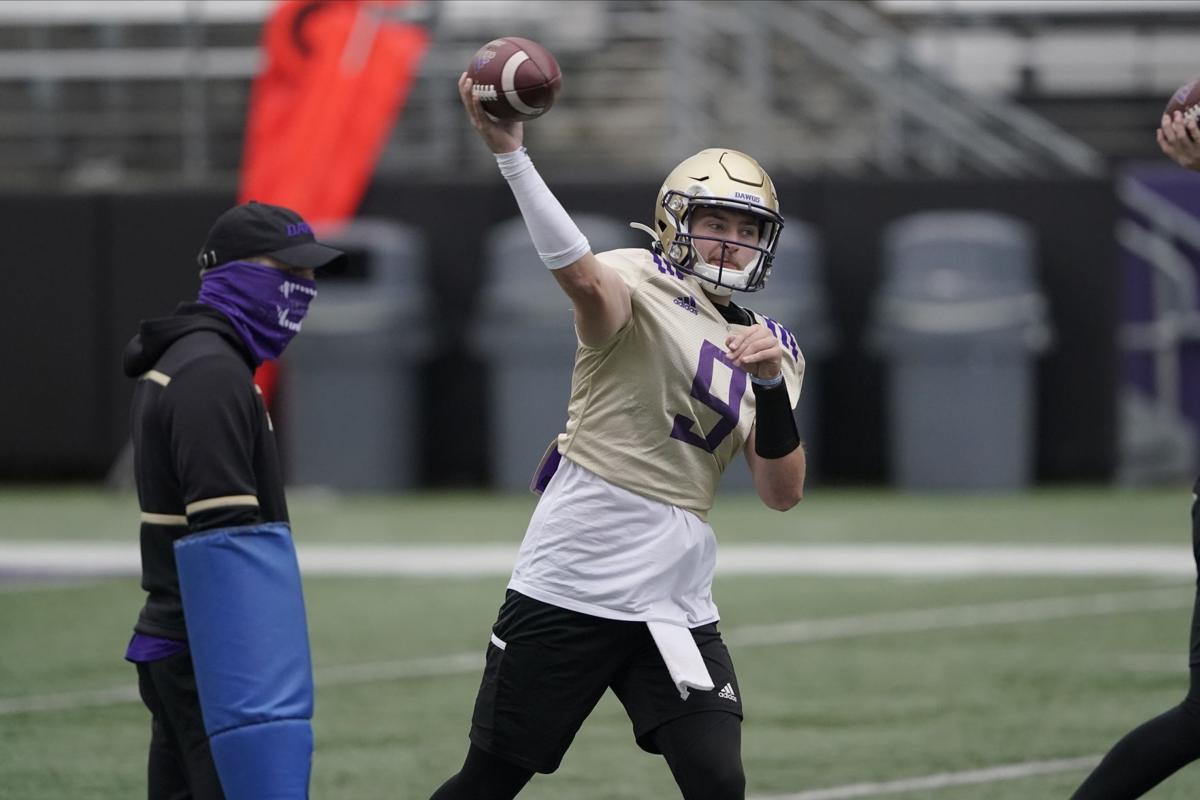 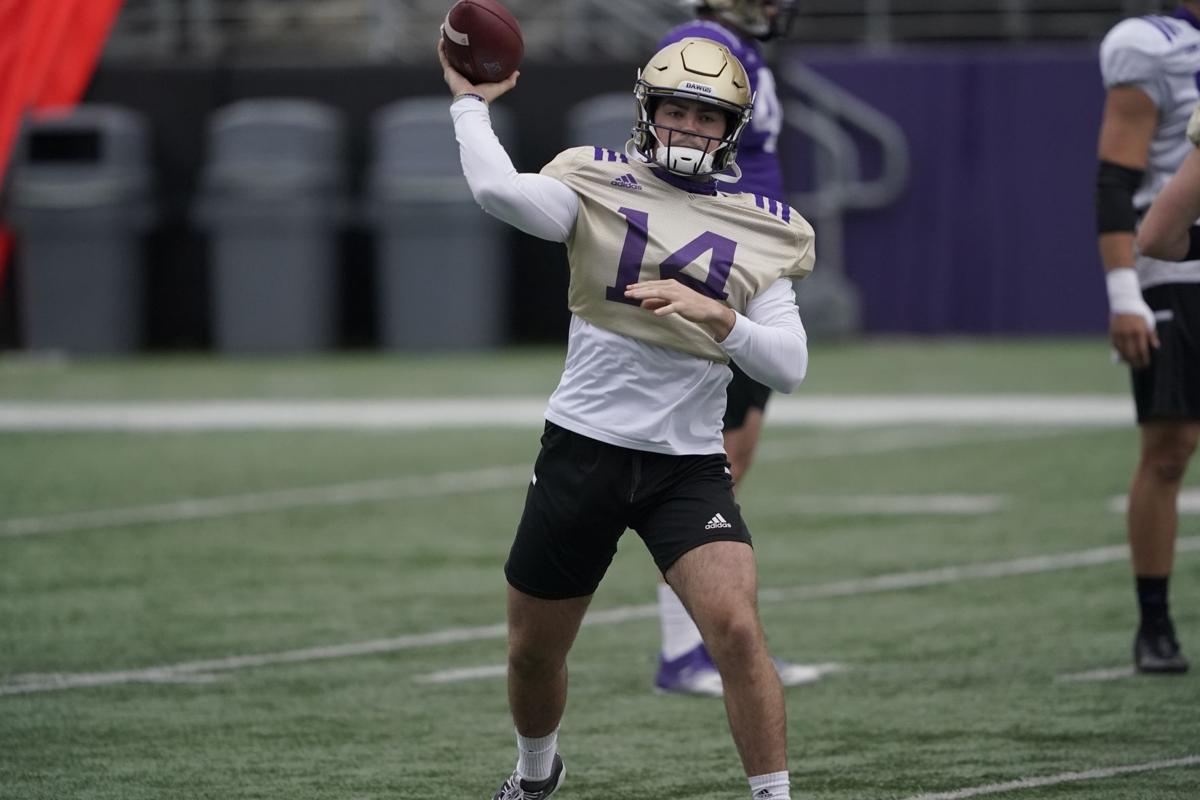 SEATTLE — Was Jimmy Lake going to mark the end of UW football’s fall camp by naming a starting quarterback?

No, of course not. Did you honestly expect otherwise?

Lake met with the media Wednesday morning over Zoom for the final time during the Huskies’ preseason camp. Next up for the University of Washington is one last scrimmage on Thursday morning before heading into game week to prepare for its season opening matchup at Cal on Nov. 7.

Going into that final scrimmage, Lake said the competition to be QB1 this year is still a four-man race between Kevin Thomson, Jacob Sirmon, Dylan Morris, and Ethan Garbers.

“Tomorrow is going to be a final dress rehearsal,” Lake said. “They’ll still get even reps in our final game (Thursday). Hopefully, by the end of that game, we’ll be able to make that progress toward however many guys need to get some reps to get ready for Cal.”

Even then, Lake all but said that if he and new offensive coordinator John Donovan had a starter picked out, they wouldn’t tell anyone.

“That is an advantage for us going into a game, versus an opponent that doesn’t know what our playcalls are going to look like because we have a new offensive coordinator, and they don’t know who the quarterback is going to be,” he said. “It really doesn’t do us any advantage to announce that publicly.”

Thursday’s scrimmage, of course, will also be the final for players at every other position to put their closing arguments out on film. In addition, though, it’s going to be a chance for the coaching staff to get practice in one other key area; waking up.

After rekindling the #Pac12AfterDark spirit with a 7 p.m. scrimmage, the Huskies are turning around this week and getting their first experience with a 9 a.m. game.

Last year when asked about the possibility of 9 a.m. games, Chris Petersen recalled the one time he had to coach one at Boise State. He remarked how, for that one “miserable” game, his players had to wake up at 4:30 a.m. Lake wouldn’t say what time the Huskies had to wake up or be ready to get to the field Thursday, but did say that the coaching staff was testing out a different pregame plan, including moving some parts of the routine to Wednesday night.

“We’ve gone through the schedule over and over and over,” Lake said. “Now we get to run it live here (Thursday) and see what happens. Then we’ll write down our lessons learned — what we liked, what we didn’t like — and we’ll change those when we do have that 9 a.m. kickoff eventually in the season.”

Plenty up in the air with men’s basketball

The Huskies were already knew they’d have to rebound from last year’s sub-.500 season without their two star freshmen, Isaiah Stewart and Jaden McDaniels, who are likely to hear their names called at the NBA draft on Nov. 18.

Then, the team announced on Oct. 15, that Nahziah Carter had been suspended for violating the Intercollegiate Athletics code of conduct. At his Monday press conference, Mike Hopkins had no meaningful update for the media.

“Hopefully he can come back,” Hopkins said. “If not, it would be a huge loss for us.”

If Carter doesn’t return for the season, that will leave the Huskies without their top three scorers from last season.

Meanwhile, UW will gain the services of somewhere between four and six players from the program who were out of commission by the end of last year.

Point guard Quade Green, who led the Huskies in assists last season despite missing the final 17 games of the season after being ruled academically ineligible, is back in. So too is J’Raan Brooks, who sat out last season after transferring in from USC, along with Nate Pryor, who transferred this season from community college, and Griff Hopkins.

Hopkins is the son of Mike Hopkins and the lone freshman on the Huskies roster.

More uncertain at this juncture is the fate of transfers Erik Stevenson and Cole Bajema, who are awaiting rulings on eligibility.

Bajema transferred into the UW program after playing at Michigan last year. He is from Lyndon, and the brother of UW volleyball star Kara Bajema.

Stevenson is a graduate of Timberline High School in Lacey. He is also one of five players to transfer from Wichita State to other D1 schools in the wake of allegations of violence and misconduct against head coach Gregg Marshall. The other four transfers from Wichita State have already been granted immediate eligibility.

Hopkins said Wednesday that the UW had gotten one of the two rulings from the NCAA, and were waiting to receive the second ruling before announcing both.

The Pac-12’s schedule nearly took a hard hit a fortnight before games even started with the news of five Oregon players testing positive for COVID-19 late last week. Just a few days later, though, the program announced that all five cases had been false positives.

That development came as other conferences are dealing with increased confirmations of COVID-19 cases.

In the Big Ten, Wisconsin and Nebraska have already cancelled their week two matchup after a dozen Badgers tested positive. In the SEC, the University of Florida is trying to resume its schedule this week despite having two straight games postponed and returning 37 positive cases in the past month.

The first punch back at UW was bound to come at some point this season, after two wins against teams picked to finish near the bottom of the P…

Two cancellations, a headband and a gamble: How Utah wound up at UW

The first punch back at UW was bound to come at some point this season, after two wins against teams picked to finish near the bottom of the P…

In the end, even a set of modified rules weren’t enough to keep the Turkey Trot from facing the axe man in 2020.

Fear and loathing: Huskies lick their wounds after back-to-back losses in Las Vegas

Eight plays into the biggest drive of his life, everything went wrong for Dylan Morris.

In a World Cup rematch, US women win again. See highlights from today and last year

Rose Lavelle scored against the Netherlands again as the U.S. women won a rematch Friday of last year’s World Cup final by the same score, 2-0. Plus, see a gallery of last year's thrilling win.

For the first time in nearly eight decades, there’s a chance the University of Washington and Washington State will not be playing football th…