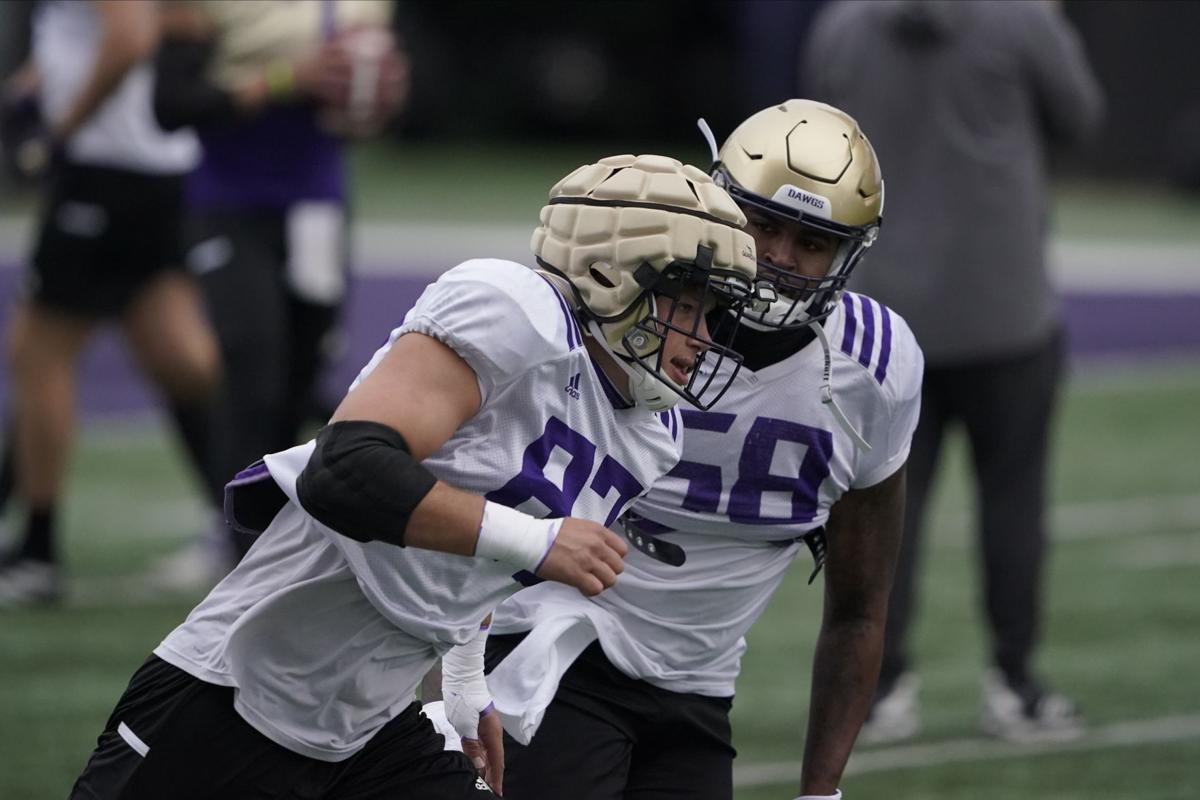 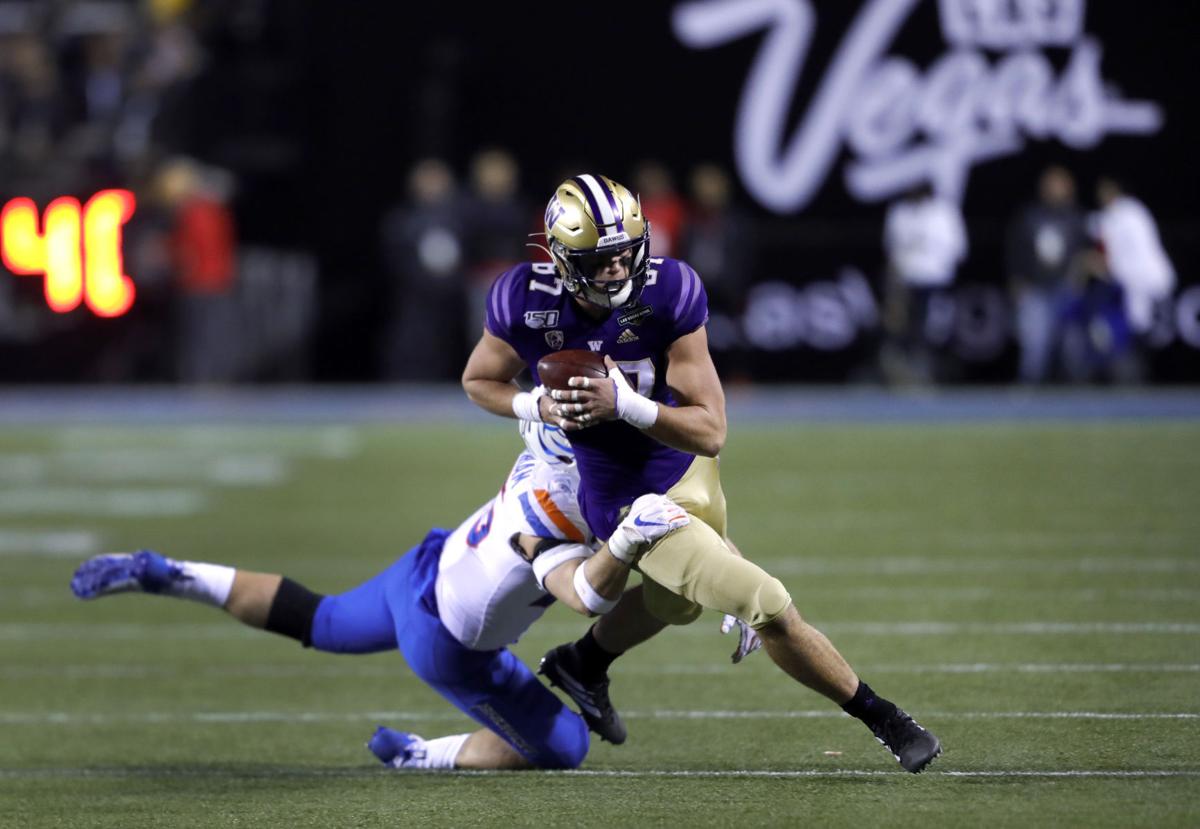 Josh Kirshenbaum for The Daily News

University of Washington head coach Jimmy Lake sat down for his Monday press conference wearing a baseball cap emblazoned with a telling phrase: “Run the damn ball.” Then he once again praised new offensive coordinator John Donovan for the play-calling in Washington’s 27-21 win over Oregon State, which called for more fullback dives than deep shots downfield.

However, there was one flaw to the Huskies offensive game plan last week that Lake insisted he and Donovan “definitely have to correct” moving into this week’s game against Arizona and beyond.

The problem? It had to with Tumwater’s Cade Otton:

“We need to get the ball to him,” Lake said.

On Washington’s fourth play of the game last week, redshirt freshman quarterback Dylan Morris faked a handoff, rolled right, and looked for sophomore tight end Jack Westover in the flat. Westover was covered, so Morris kept rolling before firing across his body to Otton, who’d come across midfield from the backside of the formation. The junior tight end then slid to make the catch for a gain of 4 yards, setting up a down and distance of second-and-six.

And it wound up being the only ball thrown to Otton — or any UW tight end, for that matter — all game long Saturday night.

That’s not to say that Otton didn’t have an impact on the game. According to The Athletic’s Christian Caple, Otton was the only non-lineman other than Morris to play all 75 snaps on offense. No other tight end, receiver, or tailback lined up for more than 47 plays.

All four of Washington’s runs in the first quarter that went for first downs to his side of the formation. In the second quarter, he led the way on Kamari Pleasant’s 15-yard touchdown run from the fullback spot, clearing out the outside linebacker along the way.

“He had an incredible night blocking, probably one of the best performances since he’s been here,” Lake said. “It was just an impressive, violent, tough blocking night he put on.”

Lake also continued to stress how flexible he wants the UW offense to be, in order to adapt to any opponent or scenario. Facing a weaker OSU front seven in a rainstorm, that meant running the ball more often than not. But he and Donovan are also trying to get Morris comfortable throws early on in order to get settled into college-level competition. Last Saturday only three of his completions went longer than nine yards, and none of those traveled more than 15-yards in the air.

Last year, Otton was third on the Huskies with 32 receptions. One of the players in front of him was fellow tight end Hunter Bryant, now with the Detroit Lions, who led the team with 825 receiving yards. Now, it’s Otton leading the tight end room as one of the most experienced players on the UW roster, and Lake said he wants the offense to reflect that.

“Cade is one of our best players, and we definitely want to get the ball in his hands,” Lake said.

Sophomore cornerback Trent McDuffie certainly made the most of the first two punt returns of his career, juking multiple Beavers on each run and setting the Huskies up with good field position.

“I was so excited that Trent was back there,” Lake said. “He’s so natural, so explosive. We saw him in practice making guys miss and causing our scout team issues, so we knew it was going to happen in a game.”

McDuffie takes over the starting punt return duties from Aaron Fuller, who is now on the Seattle Seahawks’ practice squad. Before Fuller, the Huskies had Dante Pettis, who set the NCAA all-time record with nine punt-return touchdowns in four seasons. In a teleconference with members of the media Tuesday, McDuffie said that while Pettis’ success didn’t factor at all into his recruiting process, he does have Pettis’ record clear in his mind. He even studies film of his predecessor.

“He’s one of the fastest players on our team, he’s sure-handed,” Lake said. “I’m extremely excited about what Trent is going to do in our return game

The last defensive player to return a punt for UW was Shaq Thompson in 2012, when he returned two for scores in Washington’s bowl game. Byron Murphy subbed in for Fuller twice in 2018, but called for fair catched both times. The Huskies haven’t had a defensive player lead them in returns in a season since 2000, when Toure Butler set the pace.

With both the UW men’s and women’s basketball teams set to open their seasons in the coming weeks, plenty of news has been flying around the programs.

The men’s team got good news on the transfer front when Erik Stevenson got his waiver to play immediately approved last Thursday. Then, fellow transfer Cole Bajema received his waiver on Wednesday.

Stevenson, a Lacey native, averaged 11.1 points per game and 4.7 rebounds per game last year at Wichita State. He also snatched 47 steals before transferring in the wake of the investigation of abuse by head coach Gregg Marshall.

Bajema, whose sister Kara climbed up the UW volleyball record books last season, averaged just under four minutes per game as a freshman at Michigan.

There’s also been news on the scheduling front, with the men’s team slightly ahead of the women so far. The men announced its full non-conference schedule, including its slate at a season-opening Husky Classic:

Following that, the Huskies have games against Seattle U and Montana scheduled around Pac-12 matchups against Utah and Oregon. UW is also set to face Colorado in Las Vegas on Dec. 20 in a matchup that will not count as a conference game.

In a preseason Pac-12 media poll released earlier this week the UW men’s basketball team was selected to finish ninth in the conference.

While the women’s team has not announced its exact schedule or non-conference plans, on Monday the Pac-12 did unveil the weekly pairings for its 22-game slate. Washington is scheduled to open play on the road against the Bay Area schools Dec. 4-7. They will then head back to Seattle for their home opener against Washington State the following week.

In a preseason Pac-12 media poll released this week the UW women’s basketball team was selected to finish 11th in the conference. 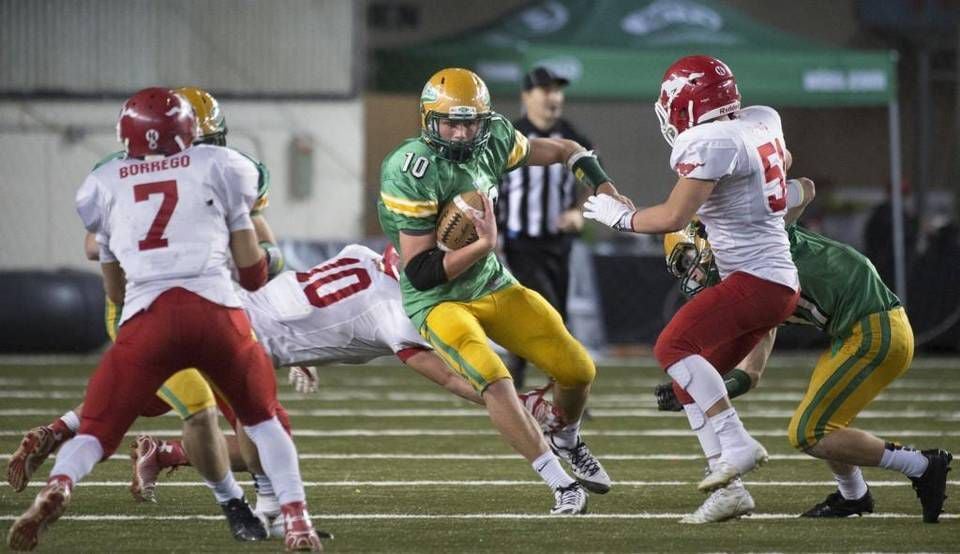