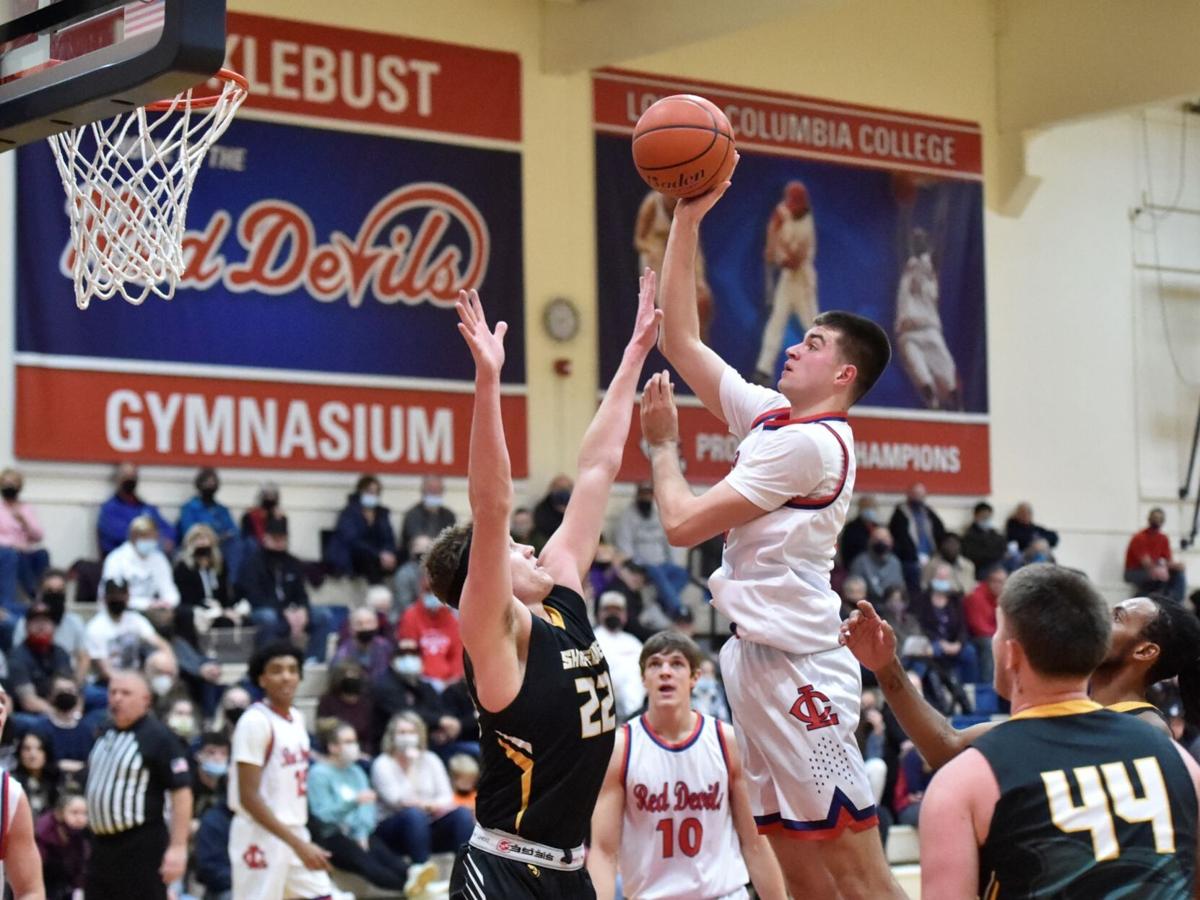 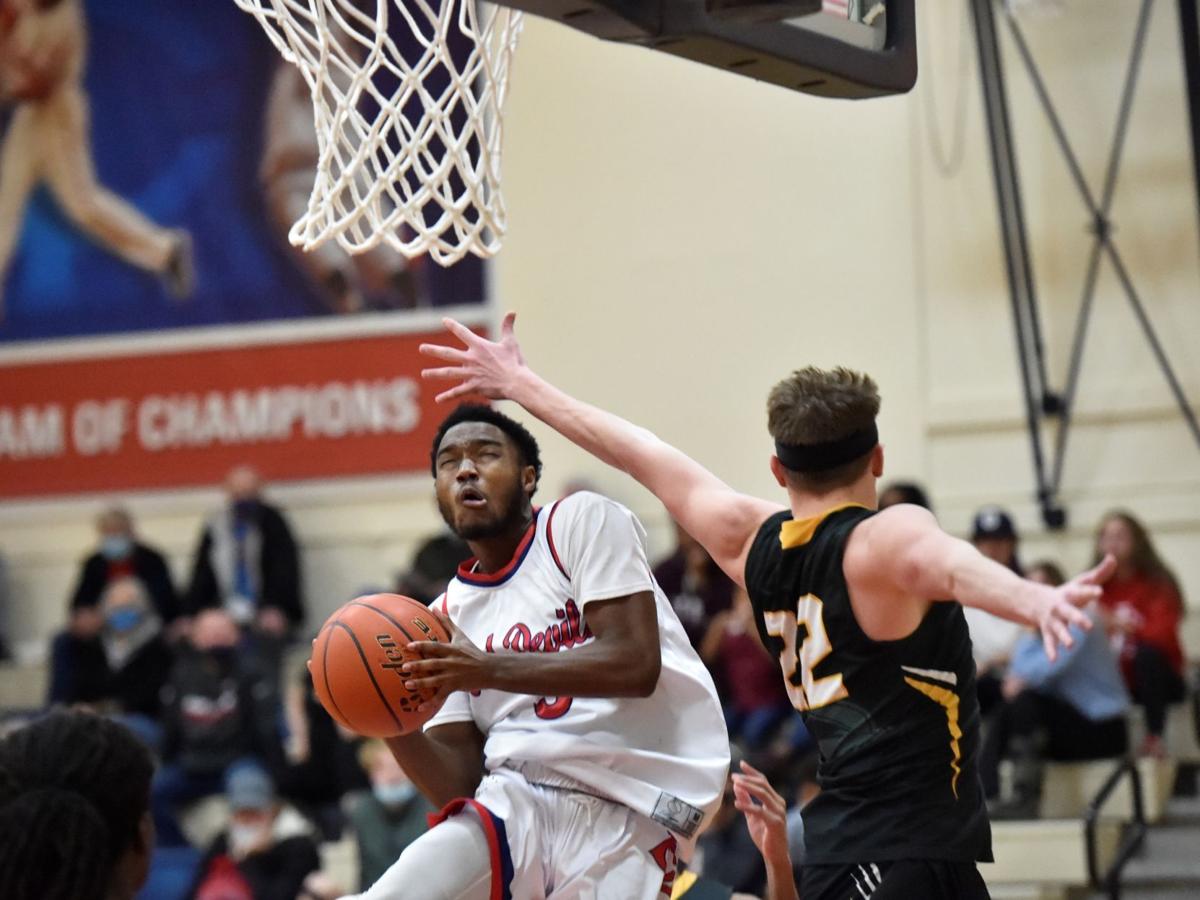 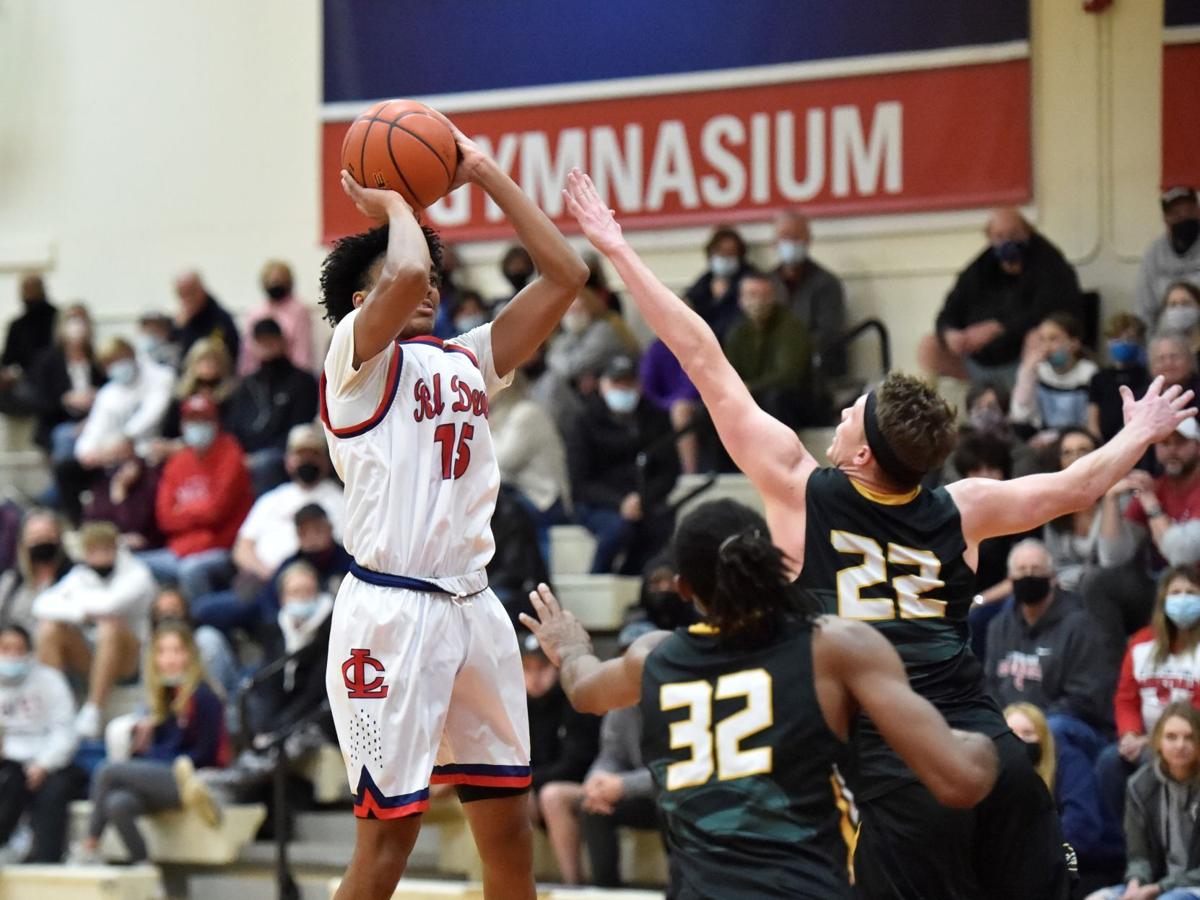 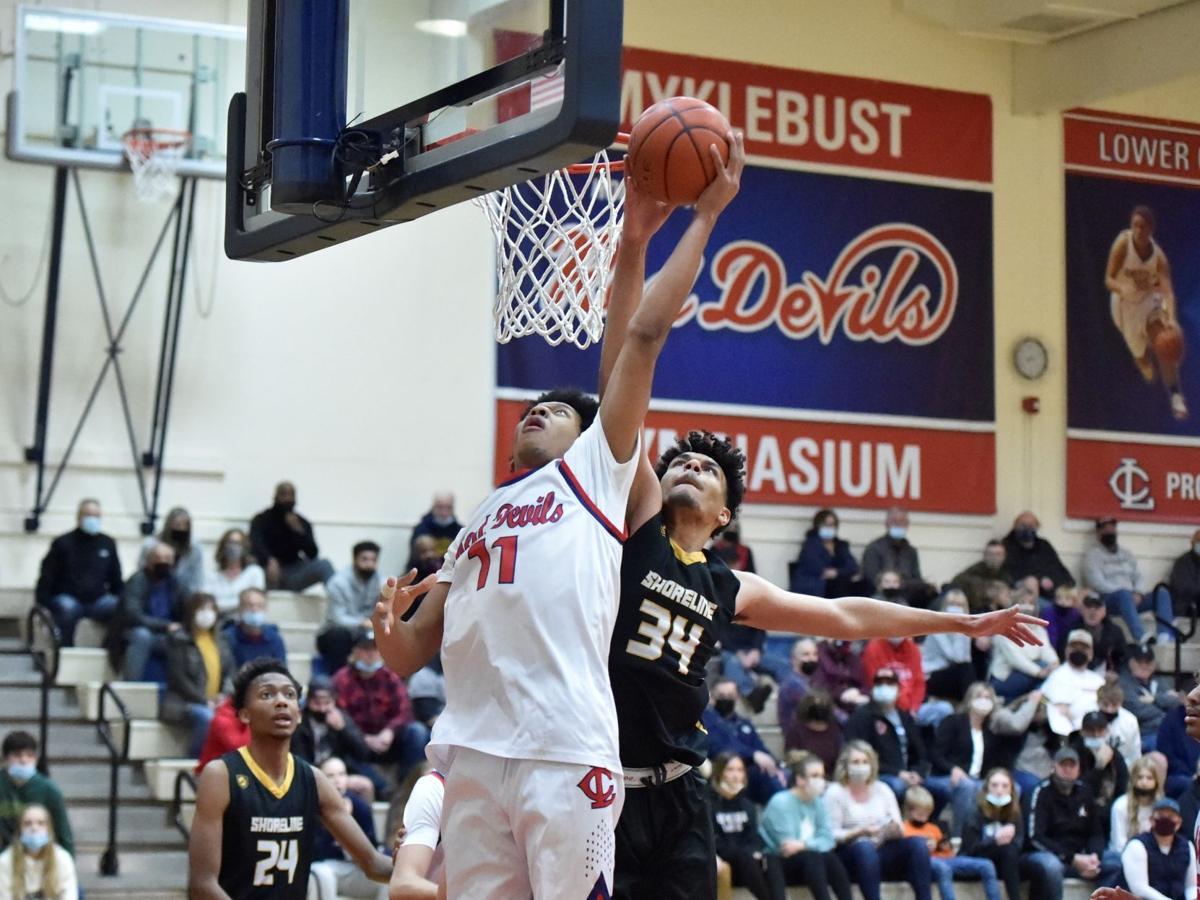 Dakota Reber notched a double-double with 32 points and 10 rebounds to help the LCC men's basketball team get off on the right foot with a 101-94 win over Shoreline to open the season on Tuesday as fans were able to file into Myklebust Gymnasium to watch Red Devil hoops for the first time in over a year.

The Red Devils got the early season jitters out of the way in the first half and took off at a blistering pace after halftime to start the season with a win.

“It’s going to be an exciting team, absolutely,” Lower Columbia College coach Mickey Polis said. “We’ve got a lot of pieces that we’re going to have to find some playing time for. It’s a good problem to have. They play up and down, they’re a fun team to watch. They’re a fun team to coach.”

The key stretch for the Red Devils came after falling behind 81-80 with just over five minutes left to play. After going to the half up 43-40, the Red Devils had managed to keep the lead for the entire second half up to that point, but just when it looked like they’d pull away, the Dolphins managed to hit another big shot to hang around.

“We took a lot of punches tonight, figuratively, from Shoreline,” Polis said. “Every time it seemed like we were going to go up by five, they came back…it was just one of those things where it was a good test for us tonight.”

After falling behind momentarily, the Red Devils rattled off an 11-3 run to take their biggest lead of the night to that point. Reber started the run with a putback bucket, followed by a 3-pointer on an inbound play where Polis alerted him to the wide open corner for a catch-and-shoot make. Reber then added another score to make it seven straight before Keylin Vance put an exclamation point on the run by working his way through the lane for a bucket and a foul to get the LCC bench on their feet.

Reber’s strong play down the stretch exemplified a night where he was the go-to guy for the Red Devils. Moreover, that late run put the home team over the top for good and the Dolphins were never able to catch up.

“I think he’s kind of starting to figure out what we’re asking of him this year and we’re challenging him,” Polis said. “We want him to grow as a player and we’re hoping he continues to do that.”

Reber’s success with the ball in his hands was sparked by what he was able to do without it by continuously working himself into the right spots at the right time.

“One thing we’ve been stressing with him is what he’s doing when he doesn’t have the ball in his hands, and I think tonight he did an absolute great job of rebounding, and I thought he got a lot of attacks to the hoop,” Polis added.

Defensively, the LCC was able to hang onto the lead after some late-game adjustments helped slow the Dolphins' attack.

“We made a little bit of an adjustment defensively,” Polis said. “They were hurting us in some of their high ball screen stuff. The guys did a great job, they executed it exactly how we wanted to.”

Ky-mani Pollard scored 16 points and Vance provided a jolt off the bench for LCC with 12 points and a team-high six assists. Emanuel Steward added another 12 for the Devils while Mark Morris alum Ashton Harvey finished with eight in his Red Devil debut.

Shoreline was able to stay close down the stretch thanks in large part to some clutch shooting by A.J. Boyd, who finished with a game-high 34 points for the Dolphins. That effort caught the attention of Polis.

“Shoreline’s a good team and A.J. Boyd is really tough,” he said.

In order to overcome Boyd and company, LCC had to push the ball and play its preferred style of fast-paced basketball in the second half after turnovers slowed them down in the first. The final stat line showed the room for growth the Red Devils have in front of them with 20 turnovers altogether on their victorious opening night.

“We’ve just got to do some learning and get back to doing some fundamental stuff and doing the things we need to do to be successful,” Polis said. “That’s going to be a fun part of the season for this group.”

LCC (1-0) has a busy slate of games this weekend as part of the Red Devil Classic. LCC will get started against Olympic College at 7 p.m., Friday, at Myklebust Gymnasium.

A look at Wednesday's scores from around the area.

After more than three weeks off due to COVID-19 precautions, the NWAC is back in action and the LCC women’s team picked up right where they le…

NWAC sports put on pause for a fortnight

A triple threat of fast-breaking COVID-19 variants, widespread holiday gatherings, and the prospect of large groups returning to confined gymn…