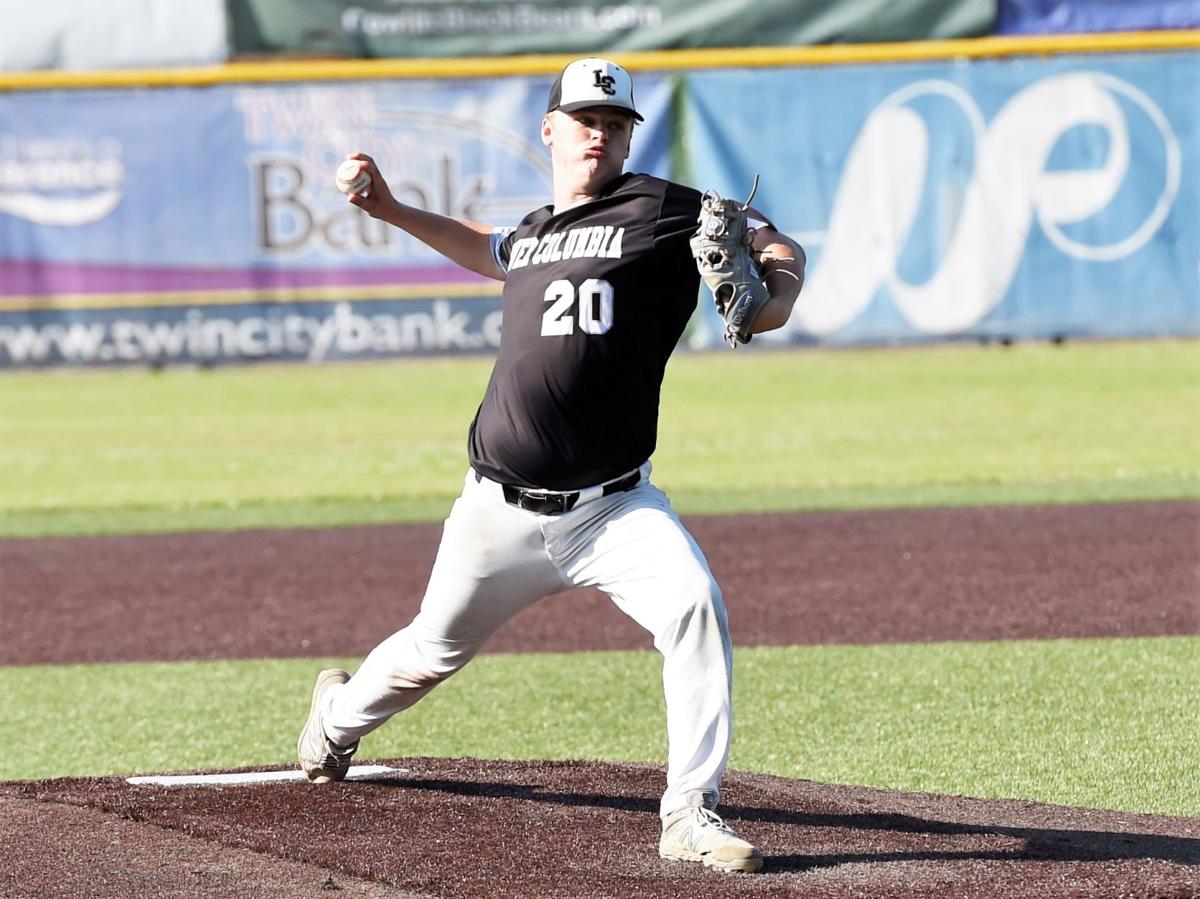 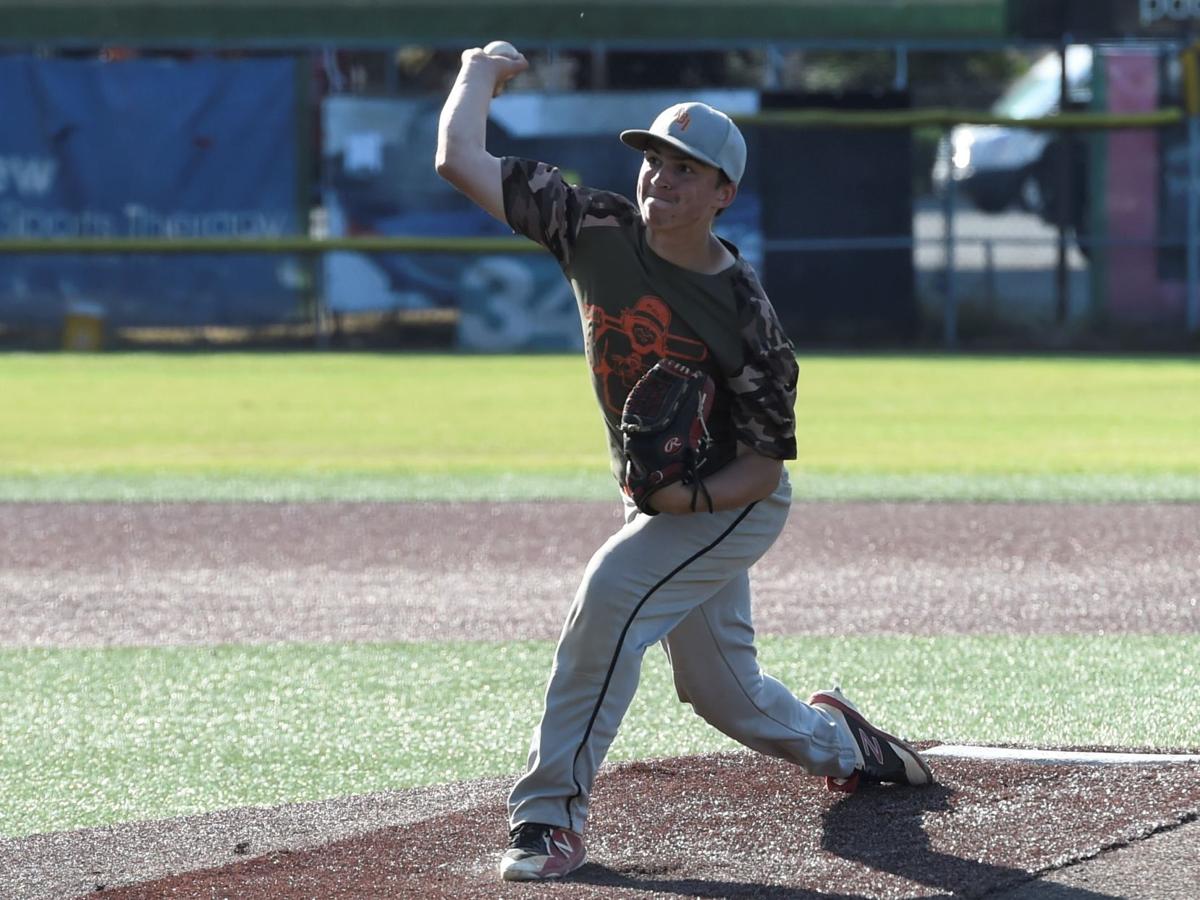 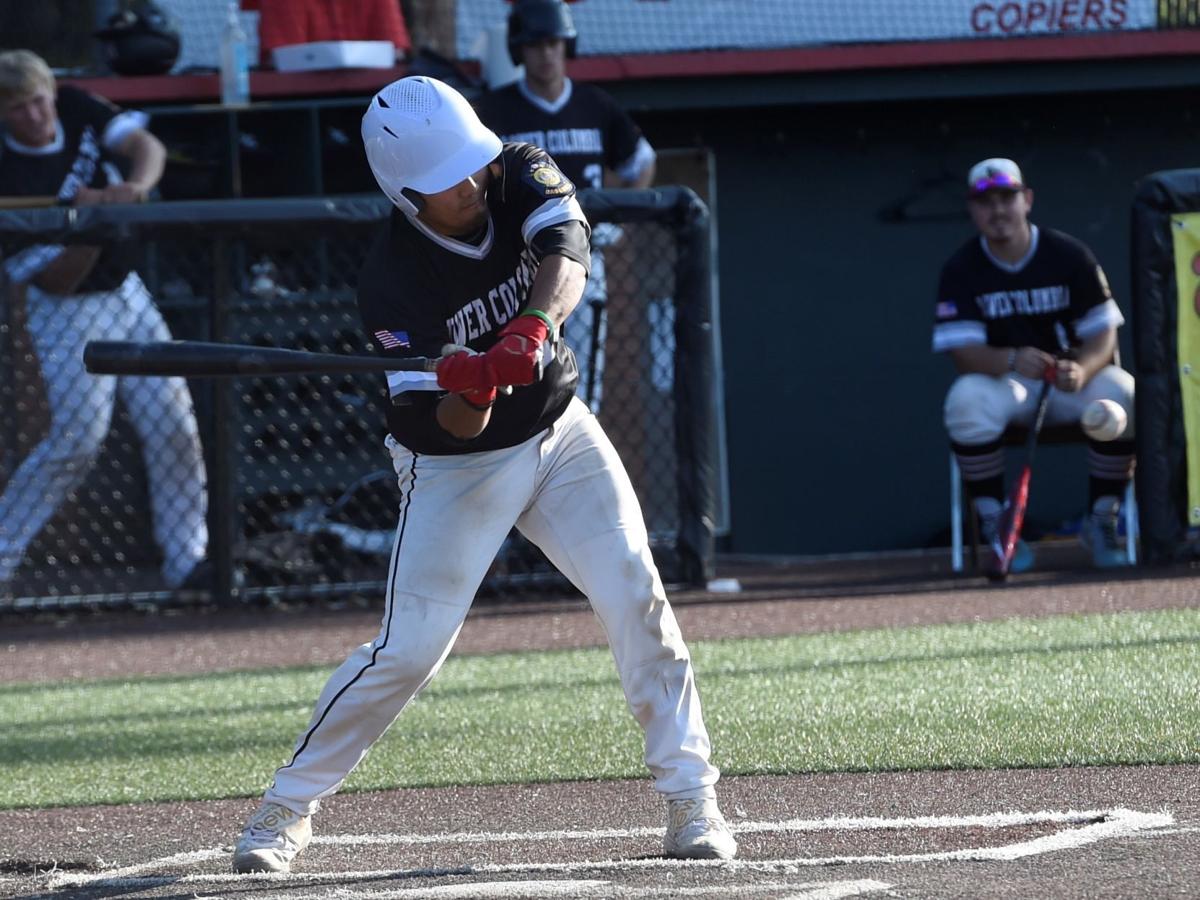 Jacobi Allen hits a 2-RBI single through a drawn-in infield to drive in half of LCBC AAA Hilander Dental's runs in its win over RBI on July 23 at Story Field. 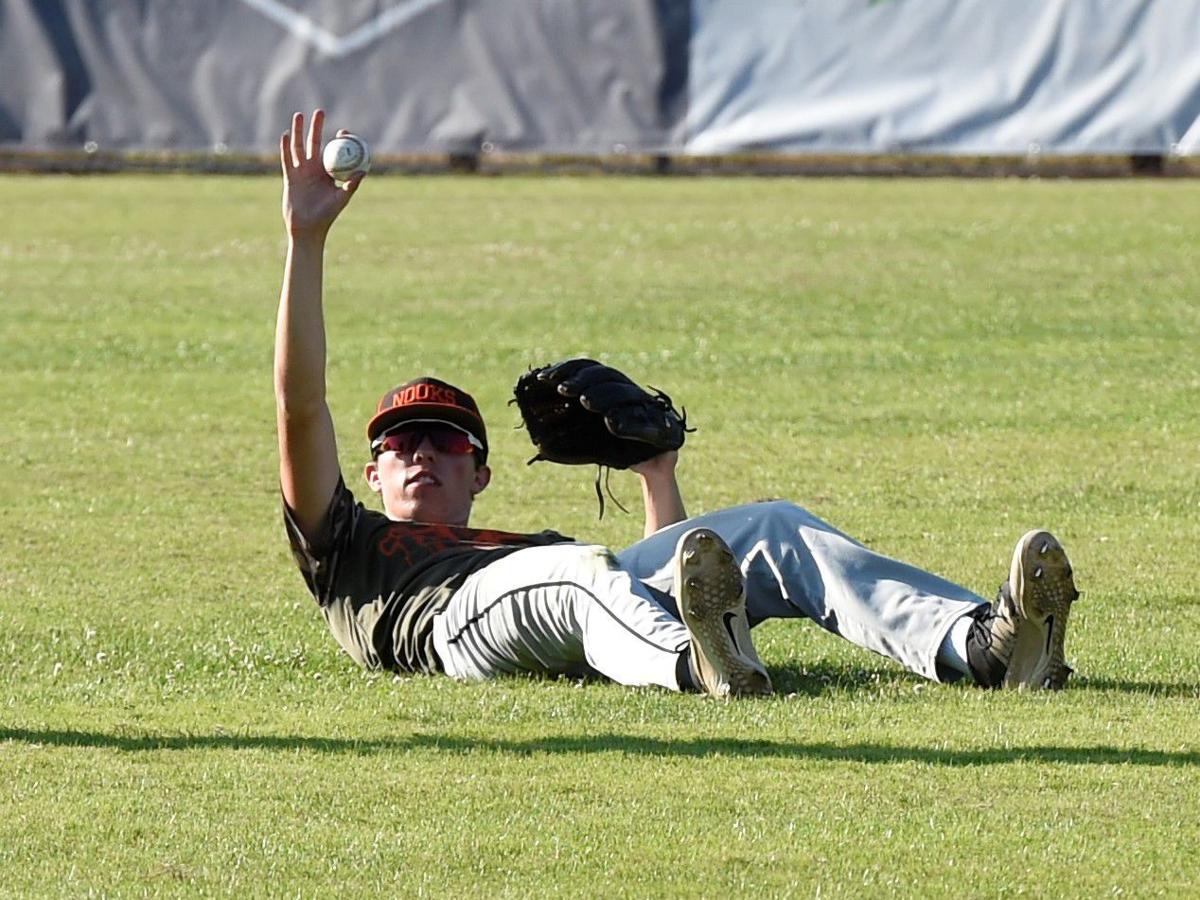 Brady Burns holds up the ball after making a diving catch in shallow right field to end LCBC's rally in the bottom of the third inning of its 4-1 win over Rural Baseball Inc. on July 23 at Story Field.

LCBC AAA Hilander Dental finished off its season in sweeping fashion by beating Rural Baseball Inc. in both sides of a doubleheader at Story Field on Friday, winning 13-3 in five innings to start the afternoon and 4-1 in seven to end it.

The Dentists dented the scoreboard in all five of their trips to the plate in the first game, putting up four crooked numbers. After RBI jumped out with two runs in the top of first, LCBC answered, then put up another pair to take a 4-3 lead in the second. While the Dirtbags stalled out on offense against Justin Morris, LCBC kept going, adding a run in the third before putting up four runs in back-to-back innings to walk off with the run-rule win in the bottom of the fifth.

Stephen Rooklidge went 3-for-3 to lead the Dentists, while Duane Falls and Joey Strange both added two hits and Shayden Jones had a double to go along with four RBIs.

Caden Norton and Mickey Woodward both had extra-base hits for the Dirtbags. Todd Tabor went 1-for-1 with a hit-by-pitch and a run scored.

LCBC wasn’t able to keep up the offensive output in Game 2, but took advantage of six RBI errors, four walks, and two hit batters. The Dentists took a 1-0 lead in the bottom of the second inning before striking for three more in the third, punctuated by Jacobi Allen shooting a single through a drawn-in infield with the bases loaded to plate a pair of runs.

Jackson Toms went three innings in the start, allowing a run on two hits and three walks and finishing with three strikeouts to earn the win. He handed the ball off to Duane Falls, who struck out seven in four shutout frames.

Ryan Bloomstrom held his own for the Dirtbags on the hill, going six innings and allowing just two hits and two earned runs, but the mishaps behind him, along with a lack off much run support, gave him the hard-luck loss.

Norton added his second 1-for-1 box score, belting a double to pair with a triple in the opener.

RBI was set to continue its season with a doubleheader in Hockinson on Sunday.

Did Mike McCarthy buy himself some time?

Did Mike McCarthy buy himself some time?

If this is Kyle Seager's last season in a Mariners uniform, he's going to make it count

HOUSTON — Kyle Seager spotted the young fan in the stands of Minute Maid Park, holding a sign with his name on it about 20 rows from the dugout.

Fedde scheduled to start for Nationals at Braves

SEATTLE (AP) — Normally one to remain stoic and keep his emotions in check, Seattle's Mitch Haniger couldn’t stop from pumping his fist and screaming as he rounded first base.

Ellis expected to start for the Orioles against the Blue Jays

SEATTLE (AP) — Tom Murphy hit a two-run home run in the second inning and added a solo shot in the sixth, and the Seattle Mariners beat the Arizona Diamondbacks 5-4 on Friday night for their eighth win in 11 games.

On that sunny morning two decades ago, in the hours and minutes and seconds before everything changed, sports was playing its usual role in the fabric of life.

Jacobi Allen hits a 2-RBI single through a drawn-in infield to drive in half of LCBC AAA Hilander Dental's runs in its win over RBI on July 23 at Story Field.

Brady Burns holds up the ball after making a diving catch in shallow right field to end LCBC's rally in the bottom of the third inning of its 4-1 win over Rural Baseball Inc. on July 23 at Story Field.