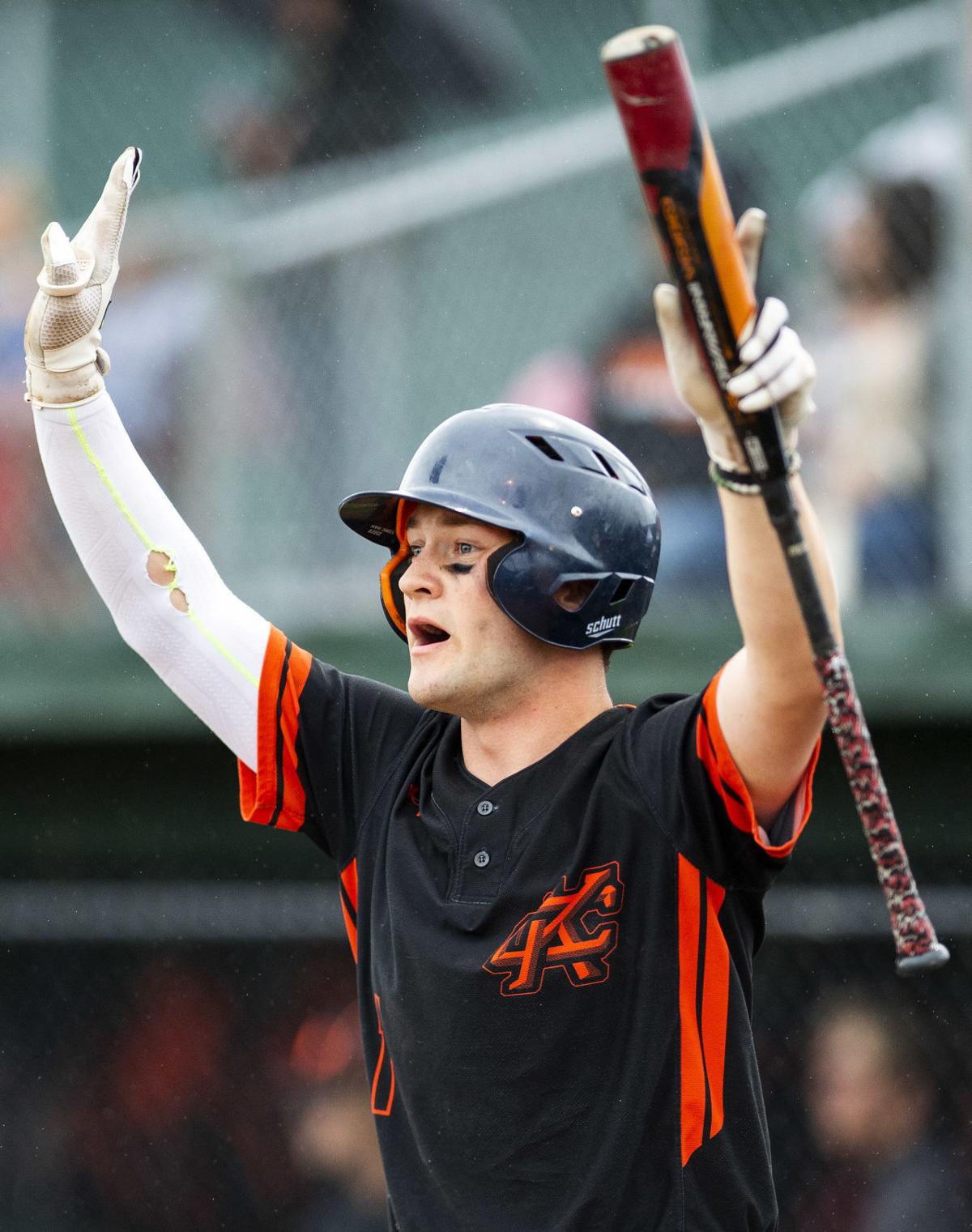 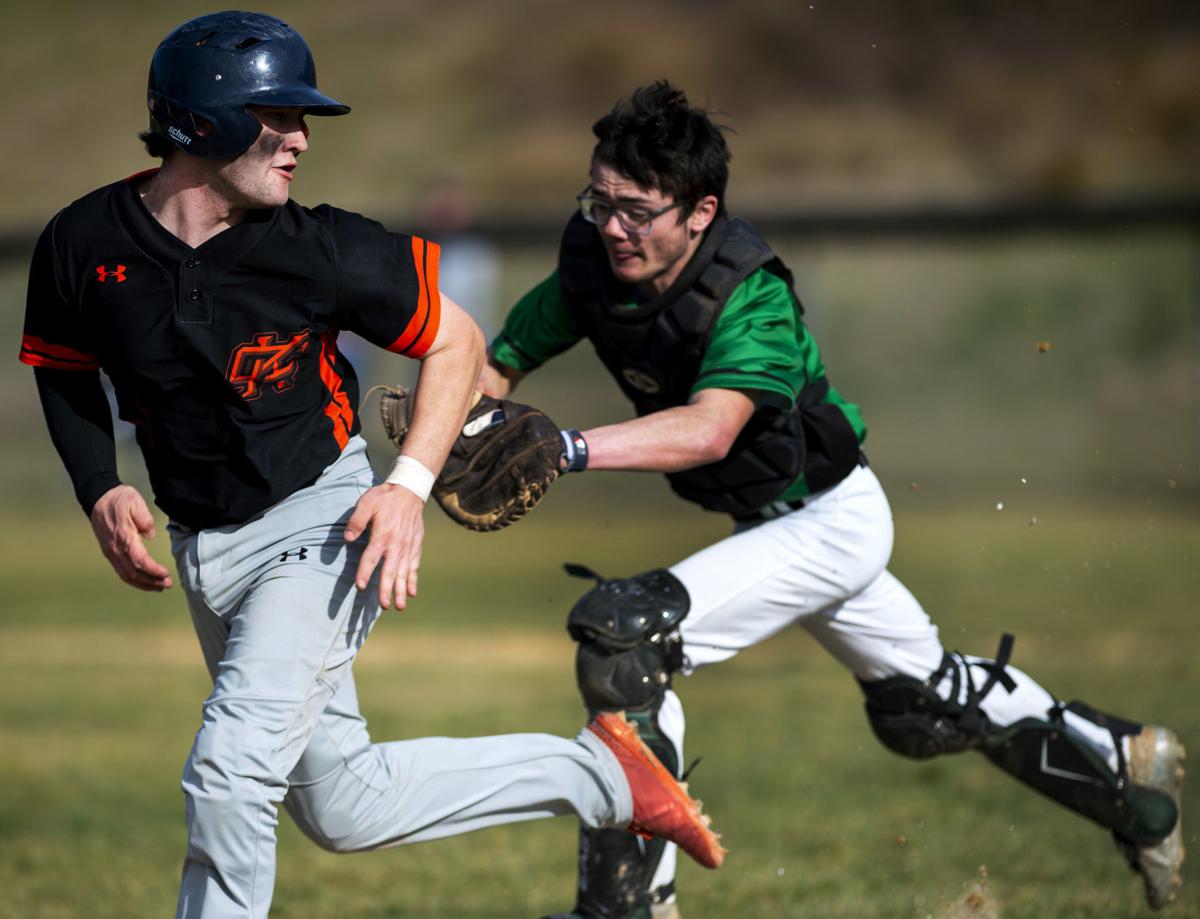 Baseball is a funny game.

A year removed from an unexpected run to the state semifinals and with expectations sky-high, the Kalama Chinooks didn’t quite get to the peak, advancing all the way to the state finals before just falling to Asotin in the 2B title game.

Even so, Chinooks coach Brandon Walker is the All-Area baseball Coach of the Year, and Chinooks catcher Hayden Wilson is the MVP.

“I can’t say that I’m surprised,” Walker said. “With the success that we had last season, there definitely were some high expectations with this group. It’s pretty senior-oriented and a lot of leadership with the upperclassmen. Like I said, their expectations coming into this thing were state champions or bust.”

Kalama was loaded with talent, and especially coming off the unexpected run in 2018, the Chinooks were primed to make another run.

It wasn’t easy, though.

Kalama loaded its nonleague schedule with bigger schools and difficult opponents, hoping to maximize its development before a run through the always-tough 2B Central League.

The Chinooks played Ridgefield and Woodland and La Center. They scheduled Rainier, Oregon, in addition to meeting Rainier, Washington twice, once in the state semifinal.

It must’ve worked. Kalama won 18 straight games before the final, getting in a groove that saw it win big and narrowly.

“There were no easy wins,” Walker said. “When you’re going out there every single day and giving it your all against a great team whether it be Adna, Wahkiakum, Rainier, a couple years ago it was Napavine, Toutle Lake. The success that you have at the end of this thing, it’s so much more rewarding when you’re playing good baseball against really good teams week in and week out.”

Four years ago, the group of seniors came to Walker, then a first-year coach, with a goal, a plan, an idea.

They wanted to bring Kalama baseball back, they said, do the kinds of things that Kalama teams of the past had done. Namely, win a state title.

“That certainly was my goal as well when I got the job,” Walker said. “It started with them as incoming freshmen and just the buy-in that they did every single day.”

They didn’t quite get there. Just a game short. A 2-0 game at that.

But Walker wasn’t devastated by the final result. After all, only one team can win the whole thing, and Kalama came within three runs of doing so.

Baseball is a funny game that way. A year ago Kalama played out of its mind to even get as far as it did, beating probably a better team in the process. This year, Kalama was that team to have the target painted on its back, getting everyone’s best shot and rising to each occasion. Except for one. And there’s no shame in that.

“Baseball is a funny game that way,” Walker said. “Things don’t always happen the way maybe the way they should. The best team doesn’t always win. And I compared that to last season exactly. We shouldn’t have won, maybe. Outsiders looking in, we weren’t the better team, but we were that day. On the flip side, maybe we were the better team this year in the championship, maybe not. But it didn’t go our way. That’s just how baseball works. It’s a funny sport. But definitely a successful season and one we’ll remember, really, as a collective group forever. I’m glad I was able to share some of those moments with those guys.”

Wilson was arguably the most important cog in Kalama’s run this season, and has been for some time.

With a solid pitching staff, including both Tommy Brandenburg and Brady Vance, as well as a number of guys to come out of the bullpen or spot start, a good catcher is important, especially to handle the hard and sharp stuff of Brandenburg and Vance.

Offensively, he was a juggernaut.

He had a .469 batting average with six homers, 28 RBI, four doubles and two triples, and those numbers could have been better had he seen more pitches to hit.

“He got pitched around, he got intentionally walked all season long too,” Walker said. “I’d like to see what his offensive numbers would’ve been better. Maybe, maybe not.”

But why is Wilson so good? Obviously there is talent there. But Walker thinks it’s something else.

That thing is time.

“That’s a kid that just plays a ton of baseball,” He’s playing as we speak. He’s a kid that plays 100 games in the summer. He dedicates his time to baseball. He eats and lives it and breathes it. It’s pretty crazy. But it shows up. When you show up to a baseball game and you’re able to watch the way he works behind the plate, then he’s able to get up on the dish and able to hit a double, a triple or a home run at any given time.”

Playing with the Seattle Stars program, with 16U and 18U Elite teams, Wilson is always on the diamond, playing upwards of 100 games per summer, in addition to the high school season.

He elected to play up there and through those grinding summers because of the quality of ball.

“There’s just nothing like it,” Wilson said. “There’s a scout at every game. People are throwing mid to high 80s each game. It’s just very competitive.”

That first season, the spring season with Kalama, is a walk in the park for Wilson. Not necessarily in terms of quality, but definitely in terms of length and duration.

“The high school season for him I don’t want to say too easy, but too short,” Walker said. “These double headers are nothing for him. Those tournament teams, he catches two or three games in a day. He’s a workhorse. He’s an ironman back there. He never wants to come out. He’s got one of the better arms I’ve ever seen at this level.”

Wilson has signed to play at Centralia and will catch for the Trailblazers with a goal of playing at Oregon. He said he’s in contact with the school, though it’s changing coaching staffs, but is happy to be at Centralia where there is already a level of familiarity.

Former Trailblazers coach Cody Atkinson coached Wilson at Baseball Northwest, a spotlight organization based in Aumsville, Oregon, so Wilson and he already had a prior relationship, which is often critical in the recruiting process. Though Atkinson left after the 2018 season to take a job with the Cincinnati Reds, his assistant Kawika Emsley-Pai is sticking around and continuing the vision laid out by Atkinson.