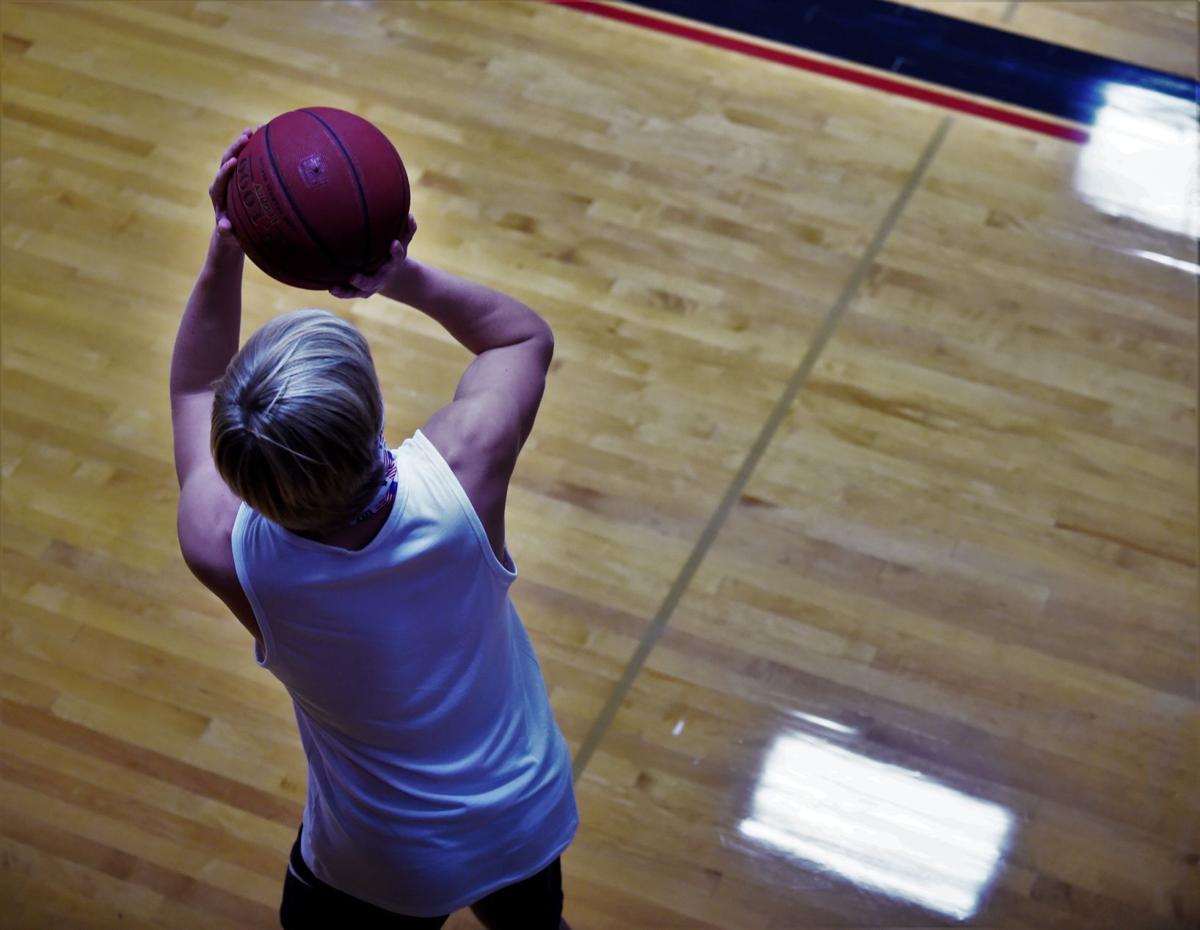 Wayne Keegan puts up a shot from the corner of R.A. Long's Lumberdome during practice in October, 2020. 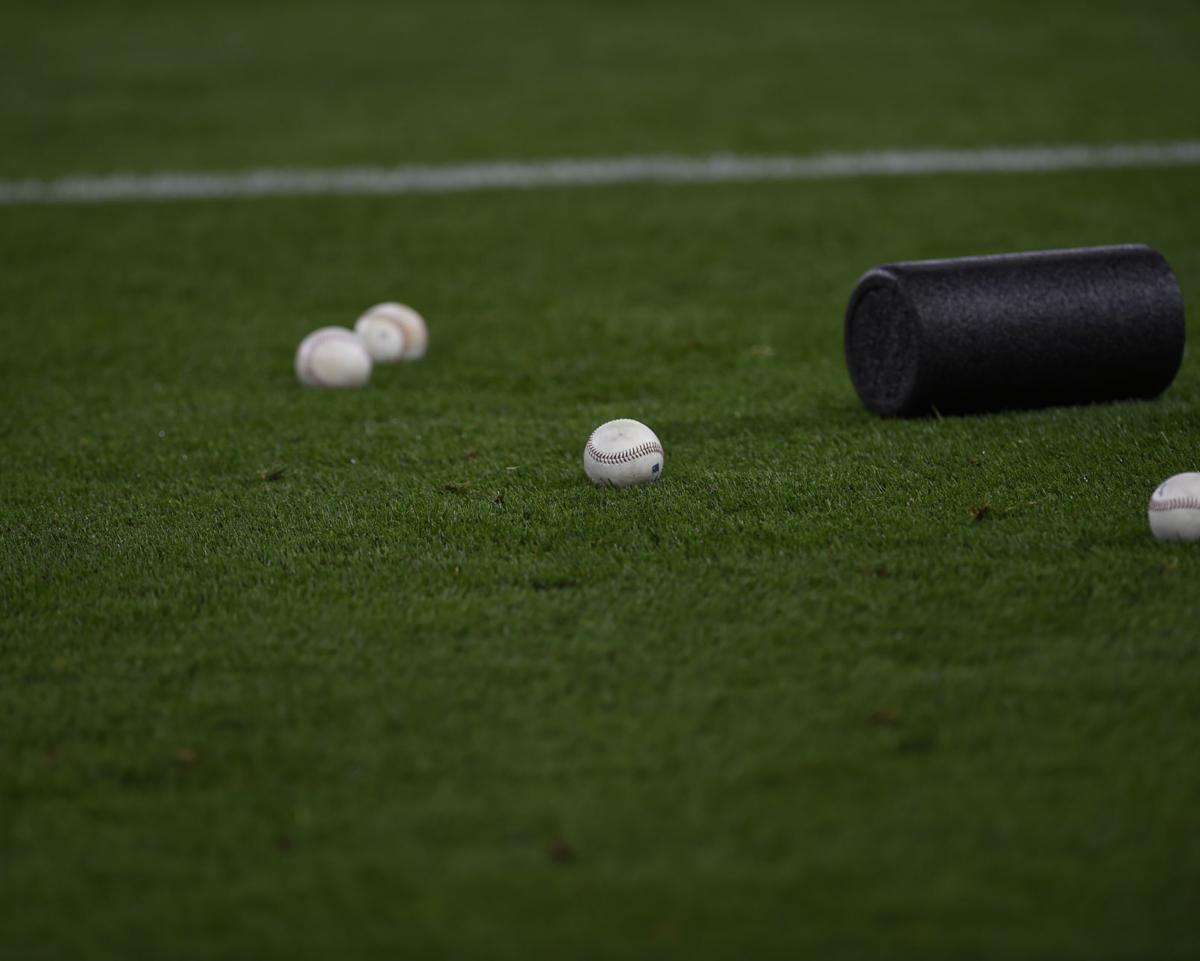 Baseballs and other equipment lay in foul territory of a baseball field waiting to be picked up by baseball players. On Tuesday the WIAA announced that traditional spring sports will begin March 15.

The WIAA Executive Board set the optimistic schedule for the rest of the school year, announcing its plans for Seasons 2 and 3 following its Tuesday evening meeting.

The new schedule has traditional spring sports — baseball, softball, track and field, boys soccer, tennis, and golf — starting March 15, with a week of practice, followed by a five-week season and a week-long postseason ending May 1.

“It’s nice that they have projected a schedule,” R.A. Long athletic director DeWayne McCabe said. “Obviously, there are going to be some difficulties there with some of those spring sports during that time of year, but I’m optimistic.”

All six spring sports are outdoors, and all are categorized as either low- or moderate-risk. Given the current plan and public safety guidance, golf, track and field, and tennis would be able to compete against other schools, even if a region was categorized as being in Phase 1 under the “Healthy Washington” plan. Meanwhile, baseball, softball, and soccer would be able to practice as a team, but would have to wait until a region passes into Phase 2 to play games.

Despite all of the movement of sports and seasons that’s gone on over the past month, the move places spring sports right around the same spot on the calendar when they’d traditionally begin.

“The fact that we’re starting about the same time that we normally would is kind of nice, just for that transition,” said Kalama baseball coach Brandon Walker.

It also moves up the start for the sports that have waited the longest to get back on the field. Fall and winter prep sports both played all of their 2019-20 seasons, but spring sports have been waiting since May and June of 2019.

“If we would have played last, it would have essentially been two years since we played our last game,” Walker said.

Winter sports — basketball, wrestling, gymnastics, bowling, swimming and diving, cheerleading, and dance/drill — have been slid to the end of the school year in Phase 3. The WIAA’s current schedule has a week of overlap between the Season 2 postseason and the first week of Season 3, with the latter beginning April 26. The final prep sports season is set to run from May through early June, with the postseason ending June 12.

The decision to flip the natural order of winter and spring sports is due in large part to the risk levels associated with each set. Four of the winter sports — basketball, cheer, wrestling, and dance/drill — are considered high-risk, and all are traditionally held indoors. As it stands now, the “Healthy Washington” guidelines only account for low- and moderate-risk indoor sports; there currently isn’t a benchmark set for the COVID-19 metrics a region would have to reach in order to be able to play high-risk, indoor sports.

Traditional fall sports are currently set to kick off the return of high school sports Feb. 1. Low-risk outdoor sports — cross country, tennis, and golf — will be able to play even in regions still in Phase 1, while the others — football, volleyball, soccer, and slow-pitch softball — will have to wait for regions to enter Phase 2 before playing real games.

“At the end of the day, it’s all contingent on making it to Phase 2,” McCabe said. “That’s going to be the challenge.”

Wayne Keegan puts up a shot from the corner of R.A. Long's Lumberdome during practice in October, 2020.

Baseballs and other equipment lay in foul territory of a baseball field waiting to be picked up by baseball players. On Tuesday the WIAA announced that traditional spring sports will begin March 15.