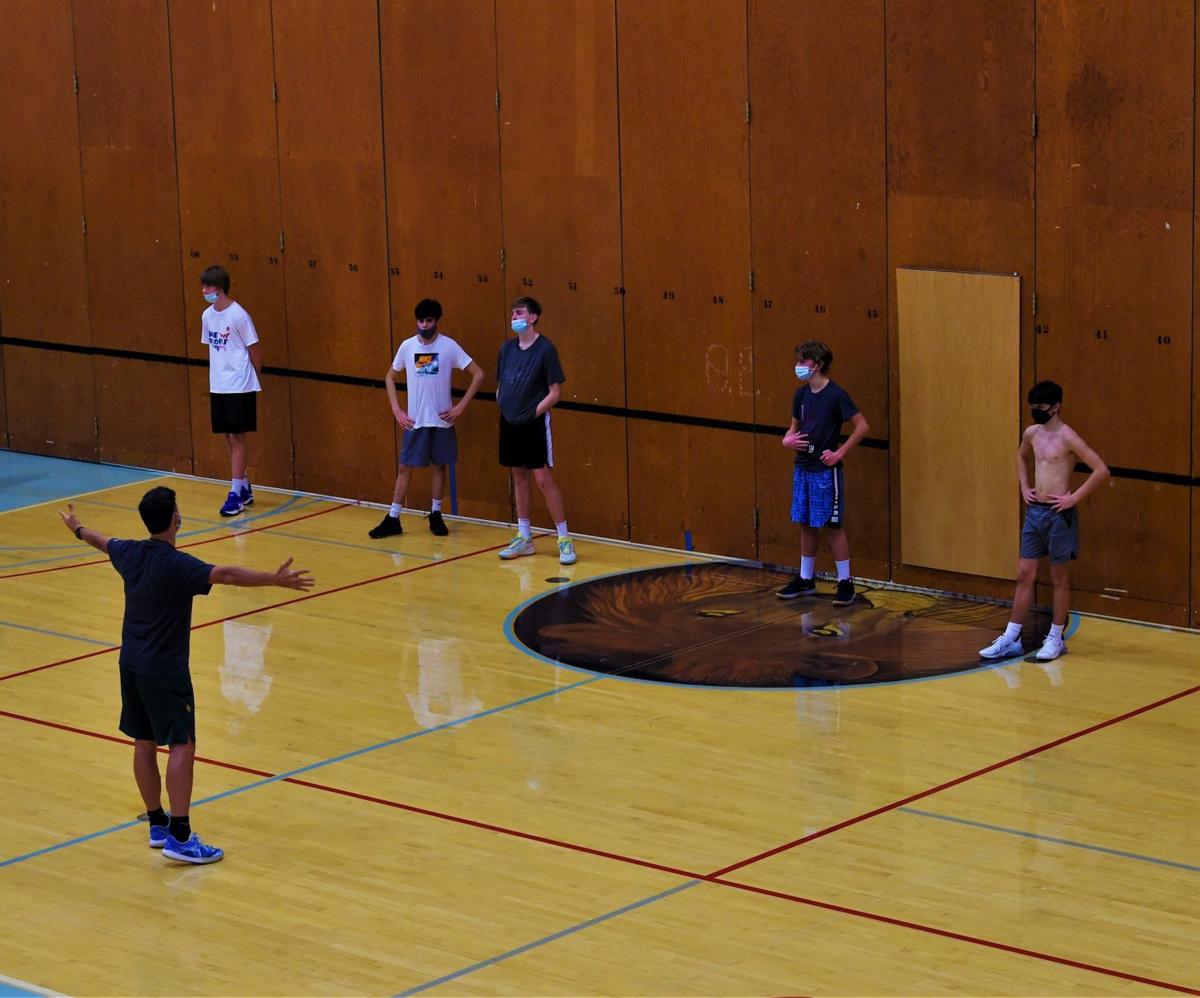 Aaron Ofstun hangs on the rim after dunking at Lumberjack basketball practice on October 26.

What once was feared is now confirmed. At a Tuesday meeting, WIAA executive board members agreed to suspend all indoor extracurricular activities for the next four weeks in concurrence with Gov. Jay Inslee’s latest directives regarding the surging COVID-19 pandemic.

The development didn’t come as much of a surprise to R.A. Long athletic director, Dewayne McCabe.

“The numbers are huge, and we know that,” McCabe said. “We were willing to shut down in March with something that was really insignificant compared to where we are right now. Just acknowledging that the numbers now are so high and we’re still kind of operating. I don’t know. I guess it’s just tough.”

While indoor practices for sports such as basketball, volleyball and wrestling are once again on hold, outdoor activities still will be allowed. However, those outdoor activities come with a mandate to wear face coverings at all times, including during practices or scrimmages. Low and moderate risk sports, such as soccer and baseball, may hold intrasquad scrimmage, but high risk sports, such as football, still are limited to pods of six or fewer people.

The new guidelines from the WIAA aren’t surprising to local schools, which already had halted these kinds of practices before the WIAA explicitly told them to.

Not only that, the possibility of a wintertime resurgence always was a distinct possibility, as students of 20th century history already knew.

“I don’t think we can put our guard down,” McCabe said. “We certainly have to have our guard up. I used to teach history. I taught the pandemic of 1918. World War I killed a lot of people, but the pandemic killed more globally. Recognizing that in 1918 it came back worse in the winter than it did in the spring, I kind of saw this coming. I think a lot of people saw this coming. They kind of knew it was going to happen.”

Even with mask requirements and other COVID-19 safety measures in place, several area schools still have seen cases of the virus pop up in their athletes.

“Certainly we’re better at — like, everyone around here is wearing masks,” McCabe said. “We’re following protocol. We’re doing everything that we can. But still, we’re not gonna be able to stop it until there’s some vaccine. Like polio or any of these other diseases that we’ve come in contact with.”

Winter sports are set to begin in late December for Washington high schools as long as certain benchmarks related to public health and COVID-19 statistics are met. The WIAA has promised to give an update on the status of those seasons no later than three weeks before their scheduled starts.

The Daily News will provide additional details on the prep sports schedule as they become available.

Oregon prep sports back on pause

Signing deals with the Devils

The signing period for NWAC schools opened up on Nov. 1 and schools around the region have been busy restocking the cupboards before they ever…

Put yourself in the shoes of a collection of high schoolers from Longview in the then-Podunk gymnasium at Renton High school back in 1990.

WIAA Executive Director Mick Hoffman made an impassioned plea Thursday for the return of high school sports, even as the organization postpone…

Off and Running: Morris not flashy but solid in first UW start

According to senior tailback Sean McGrew, the University of Washington football team learned of the coaching staff’s decision to name Dylan Mo…

Aaron Ofstun hangs on the rim after dunking at Lumberjack basketball practice on October 26.