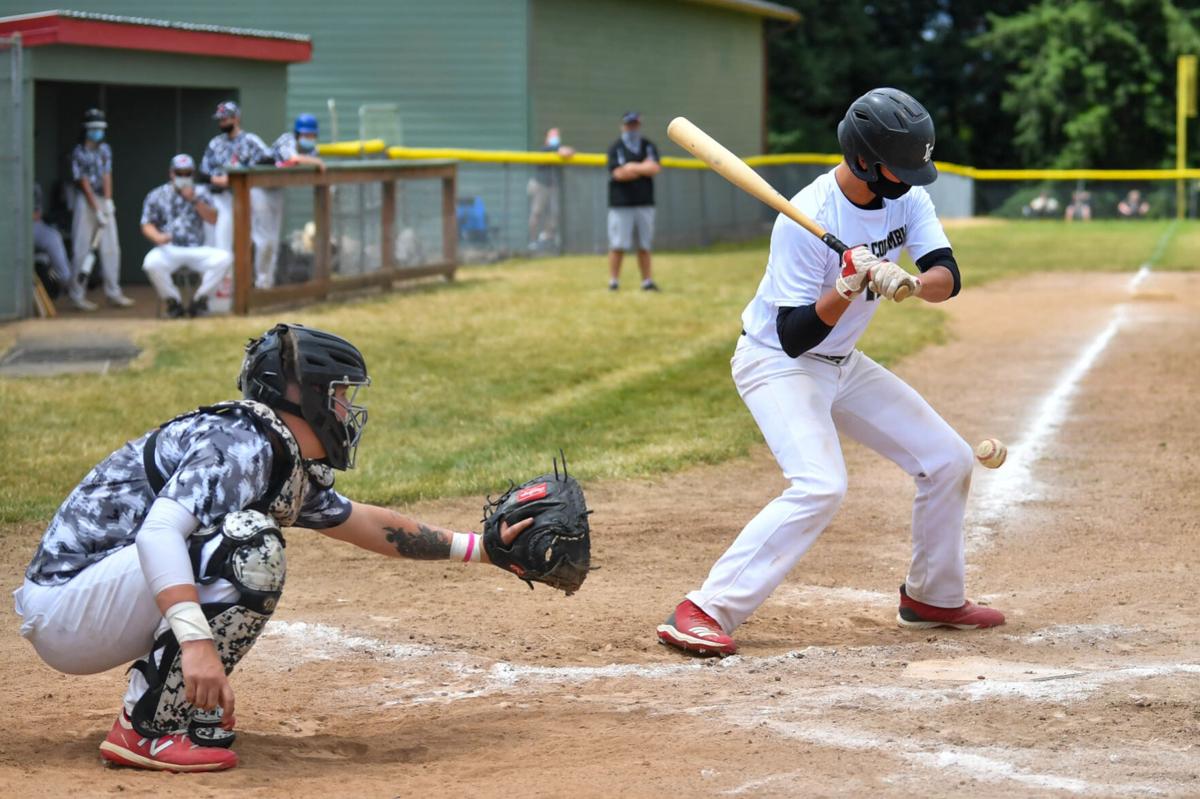 Jared Noel watches the pitch go by during a Nipps game in Winlock, Friday. 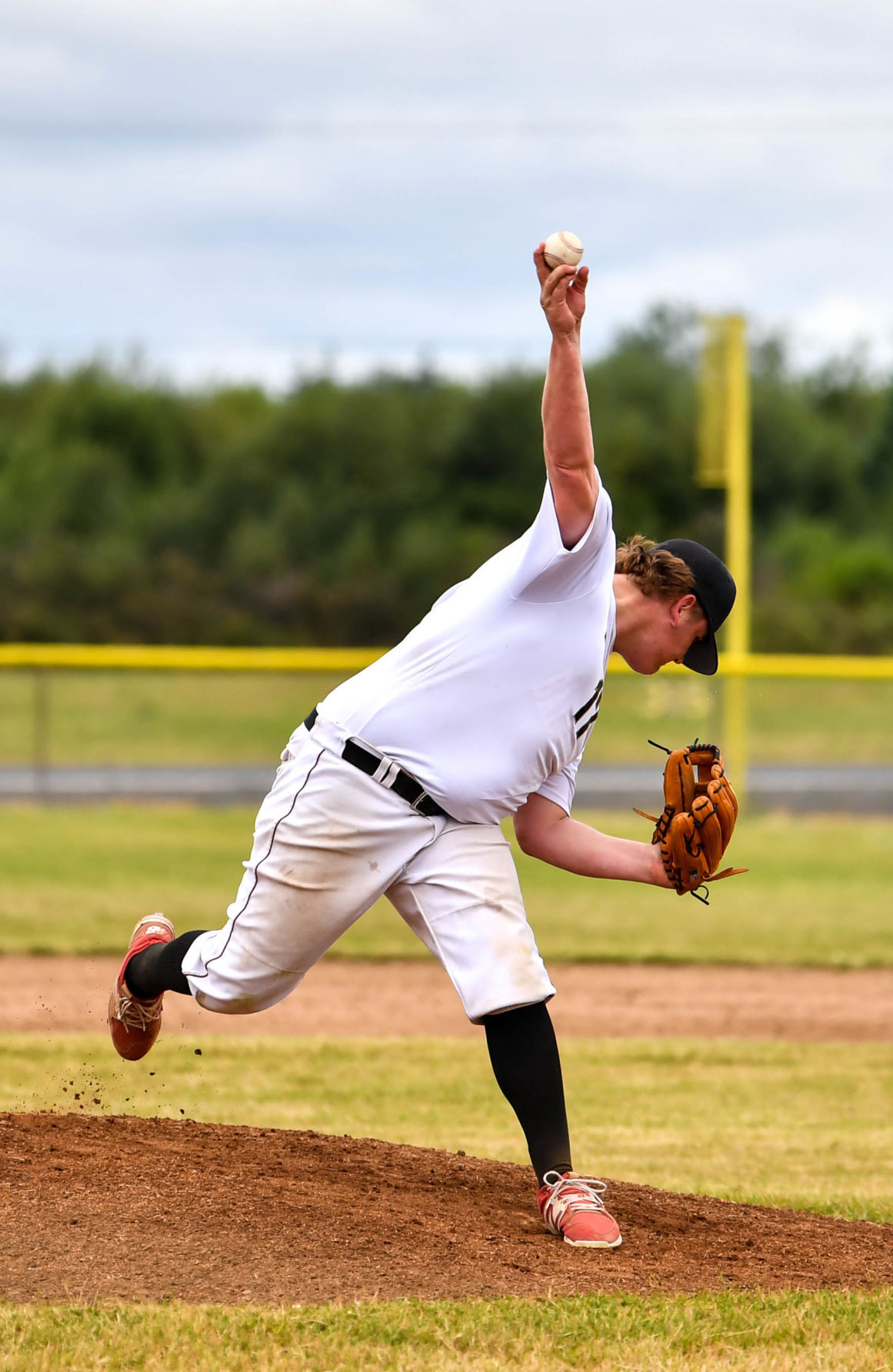 Tristan Warden throws in a pitch for the Nipps. 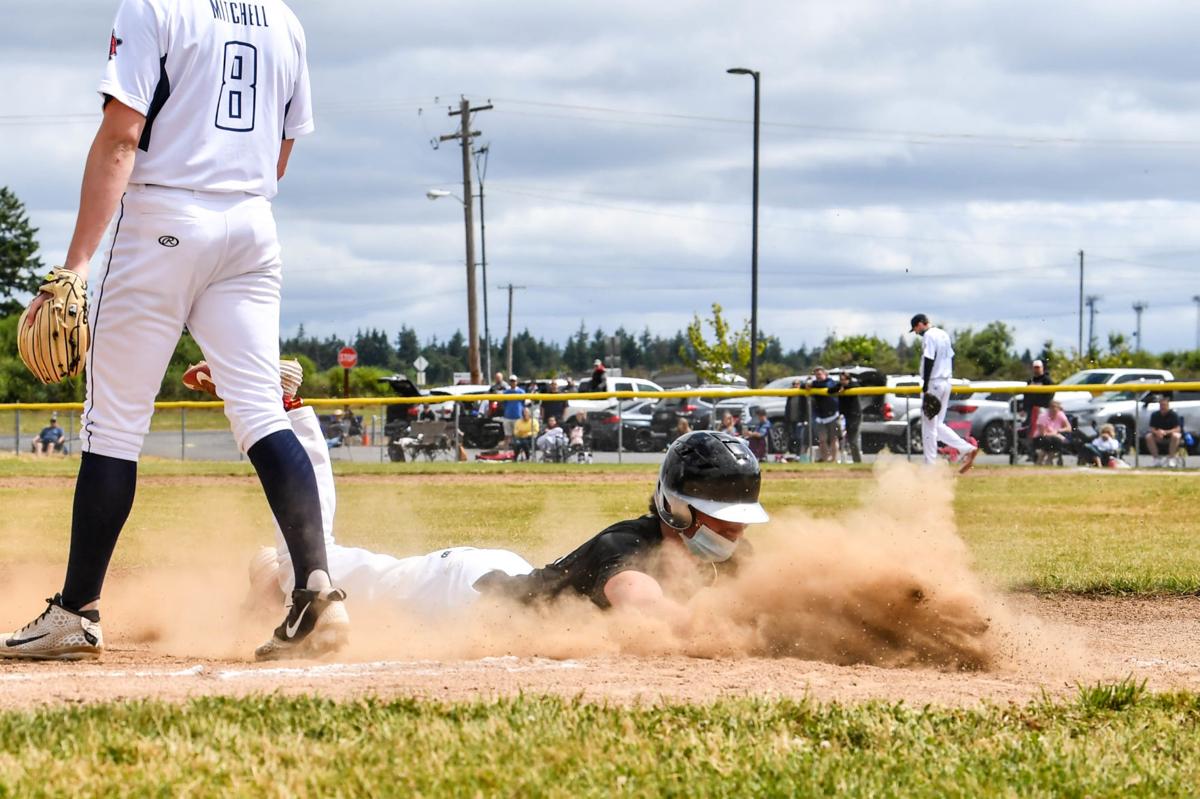 Sean McFarland slides into third base.

Alex Buchanan got the start for the Lower Columbia Baseball Club on the mound before handing the ball over to Jaden Anderson in the fifth inning. Corbin Jensen finished off the no-no in the seventh inning for the burger boys.

LCBC put up a run in the first inning and it would have been enough but the offense added a pair of runs in the fourth, another run in the sith, and four more for good measure in the top of the seventh inning. They finished with eight hits as a team.

Nipps Burgers (6-7) went to Winlock for the weekend to play in the Dave Orzel Memorial Haymaker Tournament.

Allstate tossed a combined no-hitter against the Twin Cities team with Dylan Fraidenburg recording the last out via punch out. Carter Gaston started the contest on the mound and threw two scoreless innings.

The KBR boys started scoring with a pair of runs in the first inning, thanks in part to an error. Allstate then continued to add on throughout the contest with a particularly punishing five-run fifth inning performance. That fifth inning rally got started with singles from Fraidenburg, Fisher Wassell, and Teran Erdelbrock. Cory Cochran then got in on the fun before Gaston stroked a bases clearing double.

In the Highlander Dental win Alex Smith was 4-for-4 at the plate and Caleb Stewart added a pair of hits. Smith, Stewart, Zeke Smith, and Deacon Dietz handled the pitching duties for KBR.

With four teams total this summer, KBR now has three games in the books as a program.

“Kids had fun and so did parents,” said KBR president, Travis Keele. “We have one more team that hasn’t played yet, they will next week.”

— By Todd Miles of Scorebook Live

Editor's Note: During his one season (1967) at the helm of Mark Morris basketball Pepple cobbled together a record of 6-14. While that mark st…

Swinging in the Dark: Players gear up for ‘Moonlight’ over Mint Valley

One night a year, as the crisp of autumn sets in all around, the concept of moonlighting as a golfer takes on a whole new meaning at Mint Vall…

R.A. Long will be giving at least one Rocket a boost next spring now that the Longview School Board has approved a request to run the boys gol…

What's in a mascot?

In the 1960s, Chief Don Lelooska carved a 140-foot totem pole from a single red cedar tree. That ornate timber was placed with reverence at th…

Jared Noel watches the pitch go by during a Nipps game in Winlock, Friday.

Tristan Warden throws in a pitch for the Nipps.

Sean McFarland slides into third base.