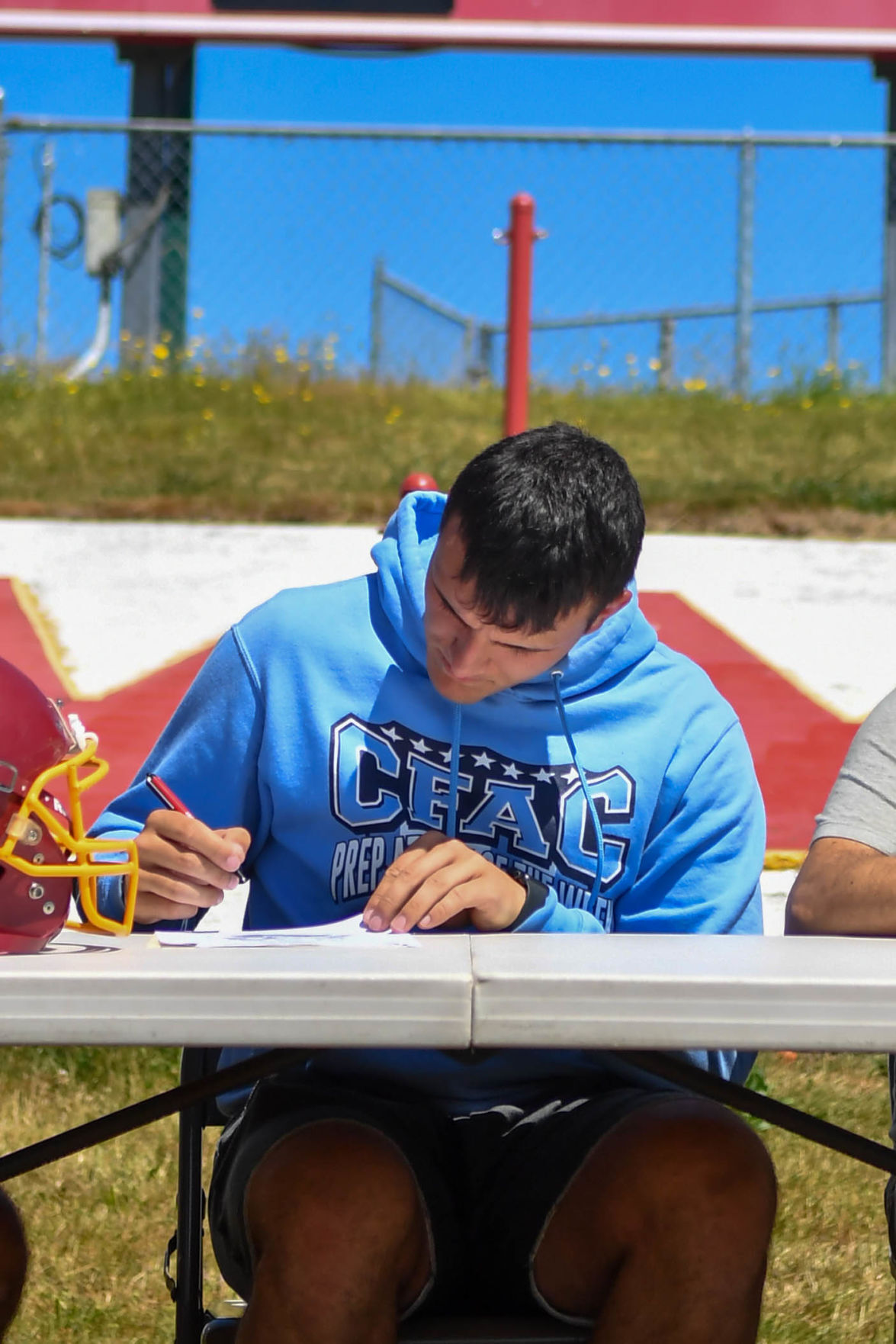 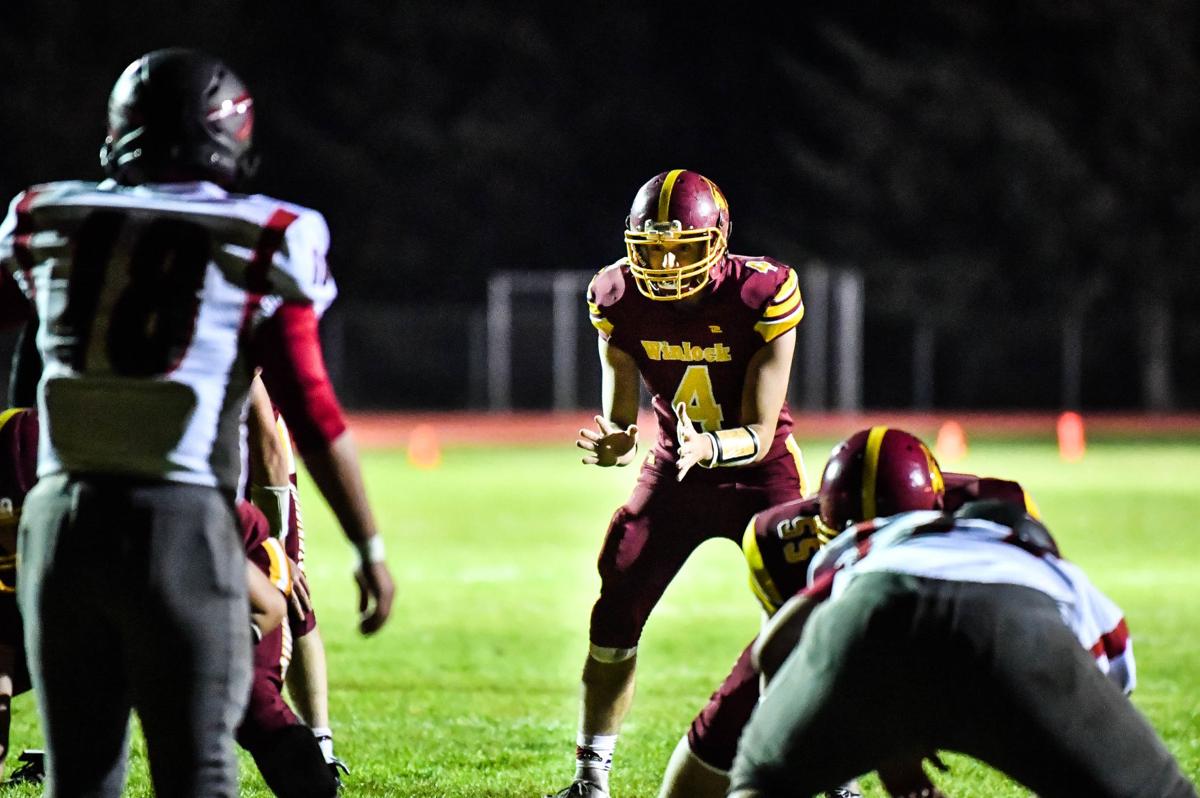 FILE--Bryce Cline gets ready for the snap during Winlock's game against Toledo last season. 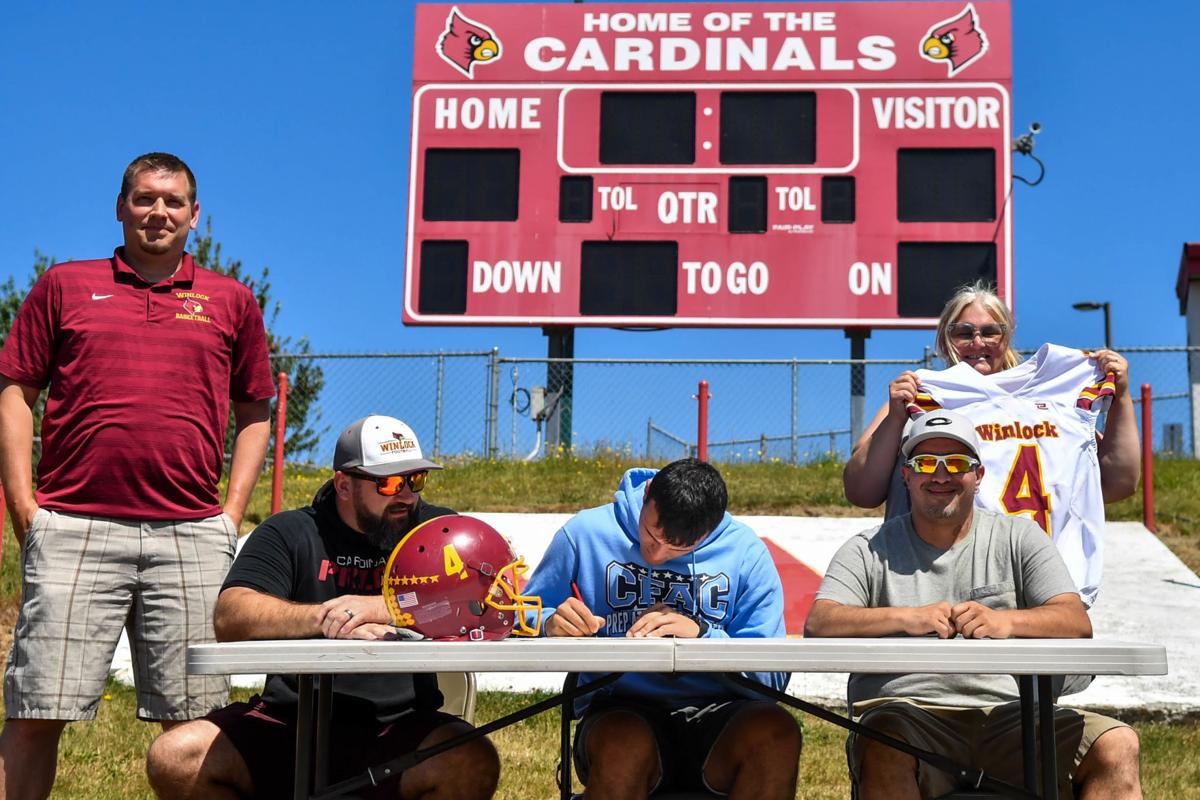 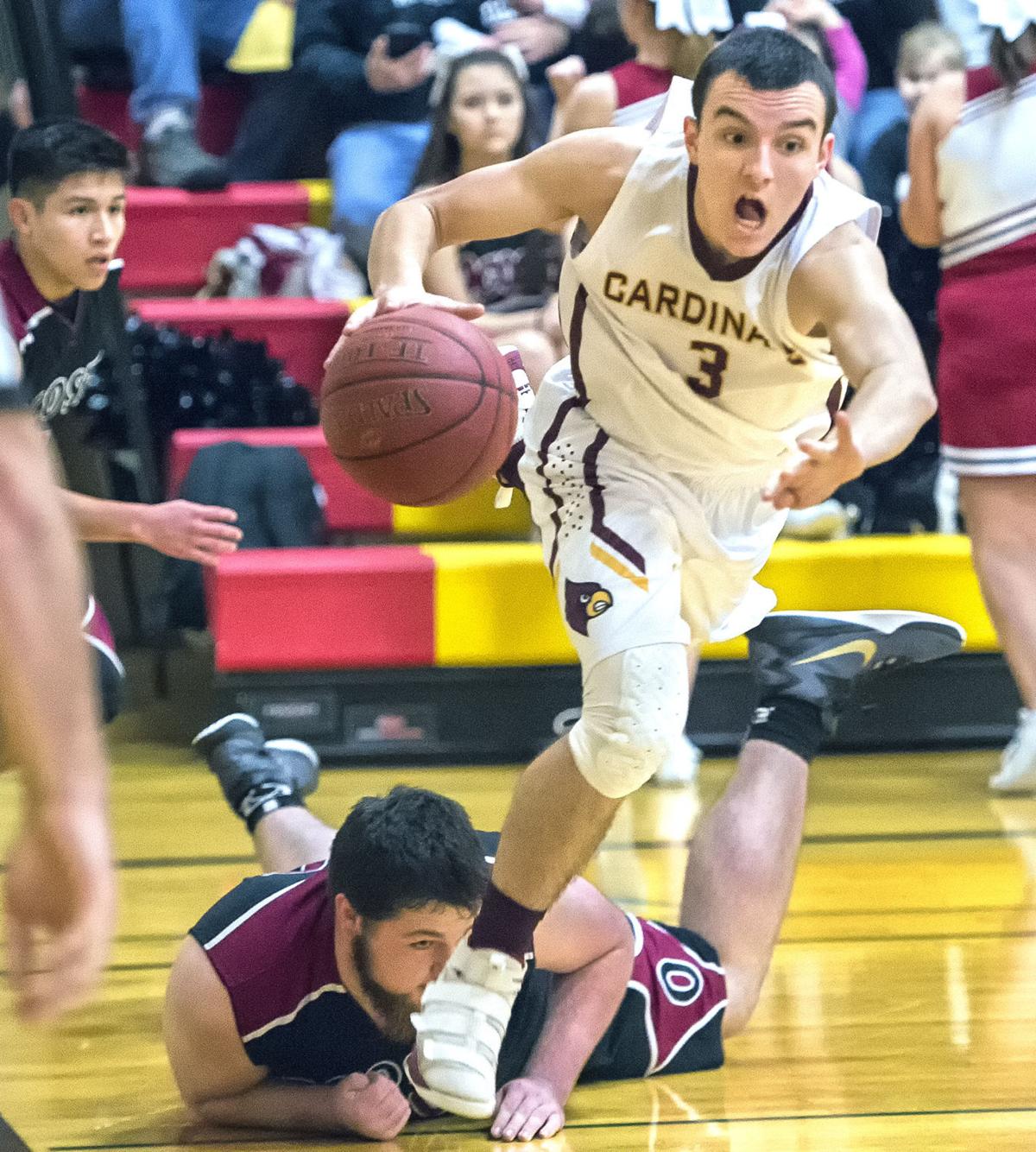 Winlock's Bryce Cline runs up the court during a game in 2018. Cline intends to play football and be a walk-on for Lewis-Clark Valley this school year.

WIAA officials were pining away Tuesday at the possibility of four-sport varsity athletes stealing the show in 2020-2021 due to changes brought on by COVID-19.

The thing is, if it weren’t for coronavirus, Bryce Cline would have already accomplished that feat. A standout on the gridiron and the hardwood, Cline was set to patrol center field for the Cardinals baseball team in the spring while also trying to run and jump his way back to the State track and field meet.

Of course, COVID-19 cut that attempt at infamy short, but that doesn’t mean the multi-sport star from Winlock is giving up on his dream to play two sports.

As such, Cline threw out what he called a “curveball” of a decision on Tuesday afternoon. He could have just as easily called it a play-action, a misdirection, or a pump fake when he showed up at Cardinals Stadium to sign a letter of intent to play football next season for the Lewis-Clark Valley Loggers while attending Lewis-Clark State College in Lewiston, Idaho. Of course, Cline also intends to play basketball for the top ranked Warriors basketball team and he also wouldn’t rule out taking a flying leap at joining the track team, even if it’s just to stay in shape.

“It was a toss-up between football and basketball. Primarily I wanted to get out of Washington state, not go too far, but not stay too close,” Cline said.

Cline knew that he would catch some observers off guard by choosing football over basketball. After all, last season he was the Central 2B League basketball MVP while averaging 22 points, seven rebounds, six assists, and four steals per game. His hooping also earned a first-team AP All-State nod, a WIBCA All-State selection, The Chronicle All-Area MVP award, and The Daily News All-Area MVP award.

However, Cline was no slouch in, and out, of the pocket either. A second team all C2BL quarterback selection he threw for 12 touchdowns and 1,067 yards and rushed for another 771 yards and 13 touchdowns. Cline added seven interceptions on defense as a garnish in the fall of 2019.

In the end, the opportunity to get on the field as a true freshman seemed to tip the scales toward Lewis-Clark for Cline.

“They don’t have a lot of kids so freshmen will get to play right off the bat. And they lost all their quarterbacks so they’re looking for more quarterbacks,” Cline explained. “I always wanted to play college football and basketball. They have a really good basketball team as well and I thought if I can go for football I can just walk on for basketball and hopefully get a spot.”

Last season the Warriors of Lewis-Clark State finished a program best 29-3. They were considered national championship contenders and their coach, Austin Johnson, was tabbed as NABC Coach of the Year.

The Loggers of Lewis-Clark Valley have not found that same momentum just yet. Last year the team finished 0-8, but hopes are still high for the resurgent program. Thanks to a quirky loophole the Loggers are allowed to draw student-athletes to the gridiron from all other non-Division-I schools in Idaho. That means that most of the Loggers roster is made up mostly of Lewis-Clark State students.

After a hiatus that began in 1950 the Loggers’ football team was resurrected in 2013 when there were no other D-I or D-II programs in the state. The team finally hosted its first home game in more than 70 years in 2018, so despite the lack of success in the win column things seem to be heading in a positive direction for the Valley Loggers of the gridiron.

Cline is hoping to be a part of that big come up in the valley. A transfer to Winlock as an underclassmen, the growing pains of a struggling program are not something he’s unfamiliar with, or intimidated by.

Winlock football coach Ernie Samples said he’s certain Cline can help turn things around for the Loggers, just like he did the Cards.

“I really saw it from day one. He showed up to a field day on the last day of school, he’d registered and was going to be here in the fall, and he basically won all the MVP awards at our field day,” Samples said. “The kids just went to him. He’s got a great personality, and I knew he was going to be a fun guy to coach.”

Over the following seasons Samples was able to see Cline grow as an athlete and as a leader. And even with all his success, the coach believes Cline’s biggest impact in Egg Town may be felt in the years to come.

“It proves that I can go to college and stay at Winlock. I don’t have to transfer to Toledo or Napavine or somewhere. I can stay here and actually do something,” Samples said. “It’s about what you do. If you put the work in they’re going to find you.”

“As a school it was really fun to watch,” Bamer said. “He moved here and instantly, he’s got a great personality, and kids just gravitate toward him. He just kind of drags people along and makes people feel special.”

In the classroom Cline plans to pursue a career in nursing, noting, appropriately enough, that he likes to help people. While it will be a wait-and-see game for his basketball, or track, prospects, Cline has his name in ink for football now and he already knows a little bit about what’s in store as a signal caller under center next season.

He noted that the Loggers like to throw the ball about 60 percent of the time and he’s looking forward to the opportunity to air the pigskin out a bit.

“They are more of a passing team, which I’m okay with,” Cline said. “I’m a mobile quarterback. I don’t really like to sit in the pocket a lot. I like to run around and make plays, but I can adjust to it. Whatever they need me to do.”

In the year 2020 most students at R.A. Long know Rich Reeves as the principal who sets the tone in the hallway every morning. Nearly a quarter…

Hilander Dental let their big arms go to work, and then let their fortitude bail out their pitching here at Ernie Aiken Field in Astoria on We…

FILE--Bryce Cline gets ready for the snap during Winlock's game against Toledo last season.

Winlock's Bryce Cline runs up the court during a game in 2018. Cline intends to play football and be a walk-on for Lewis-Clark Valley this school year.