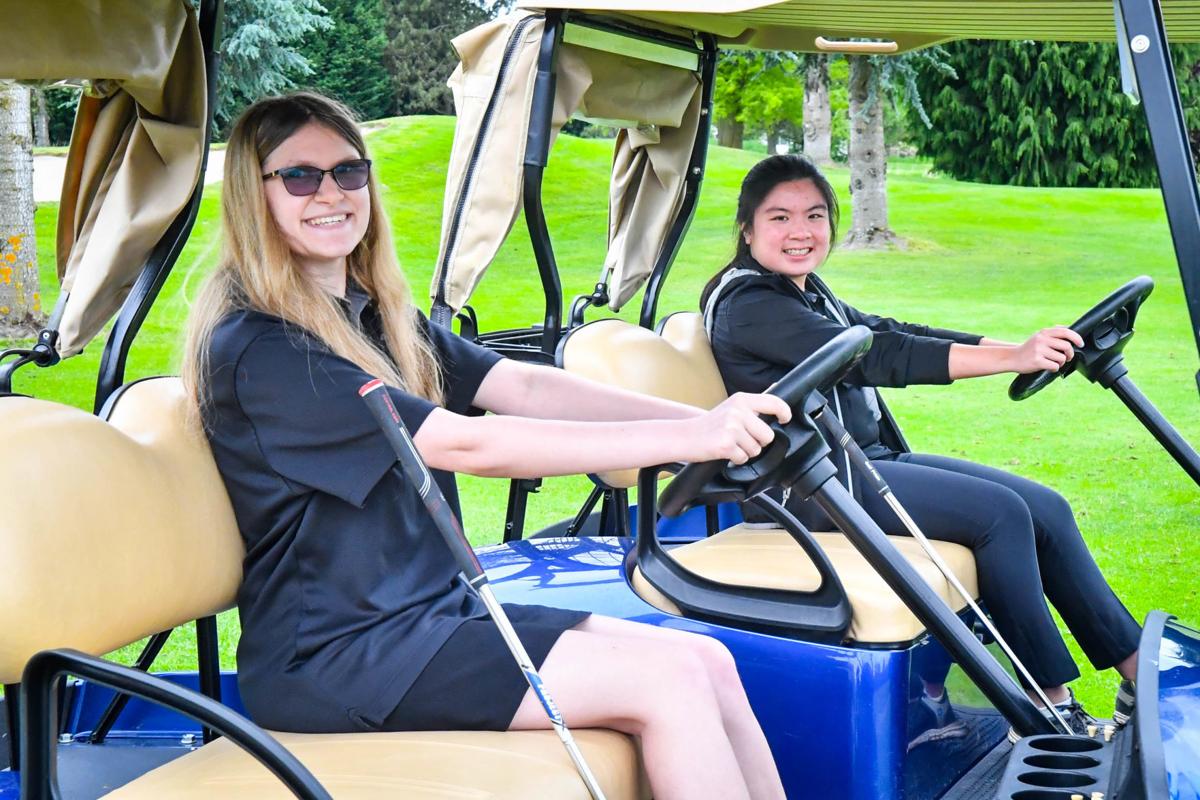 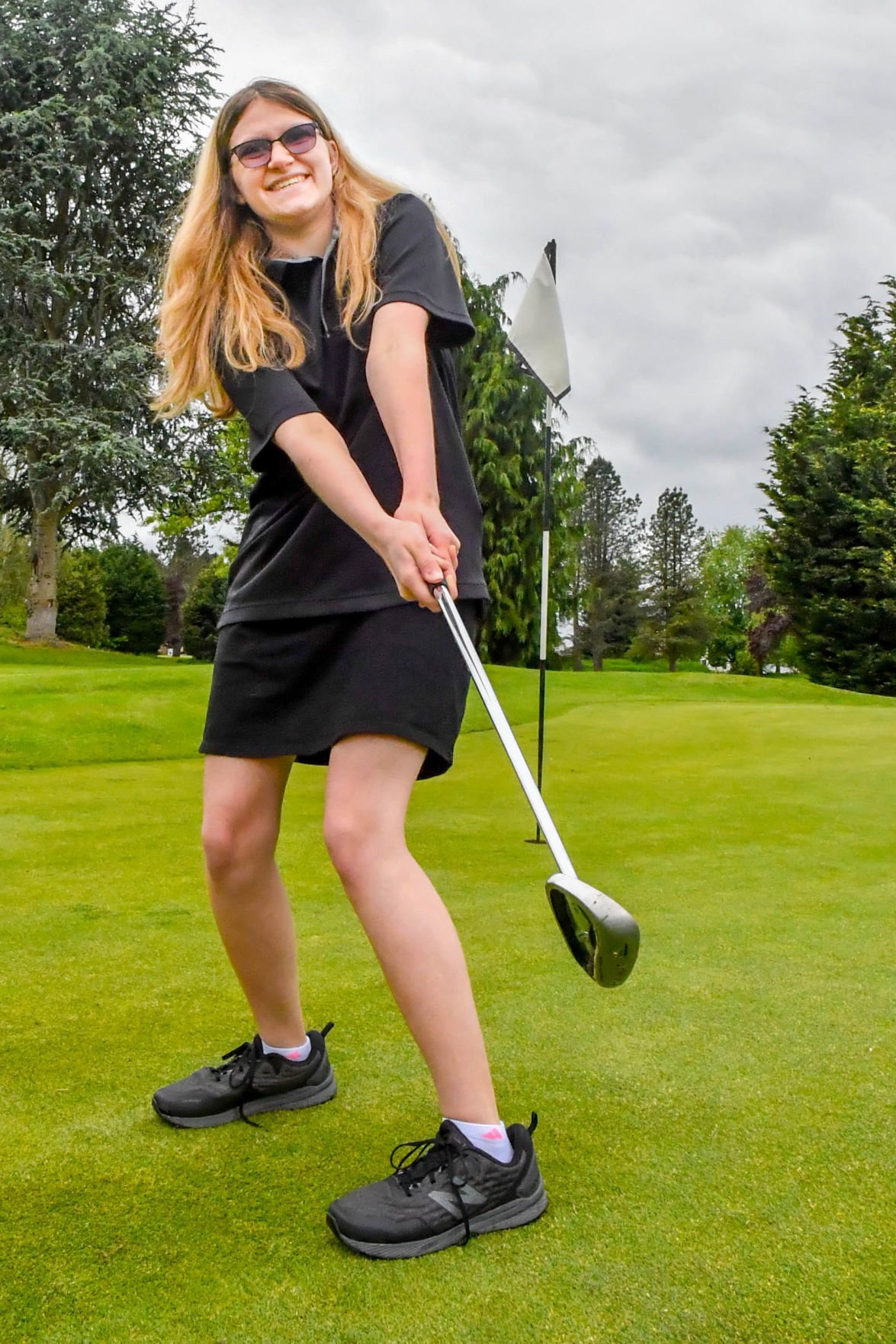 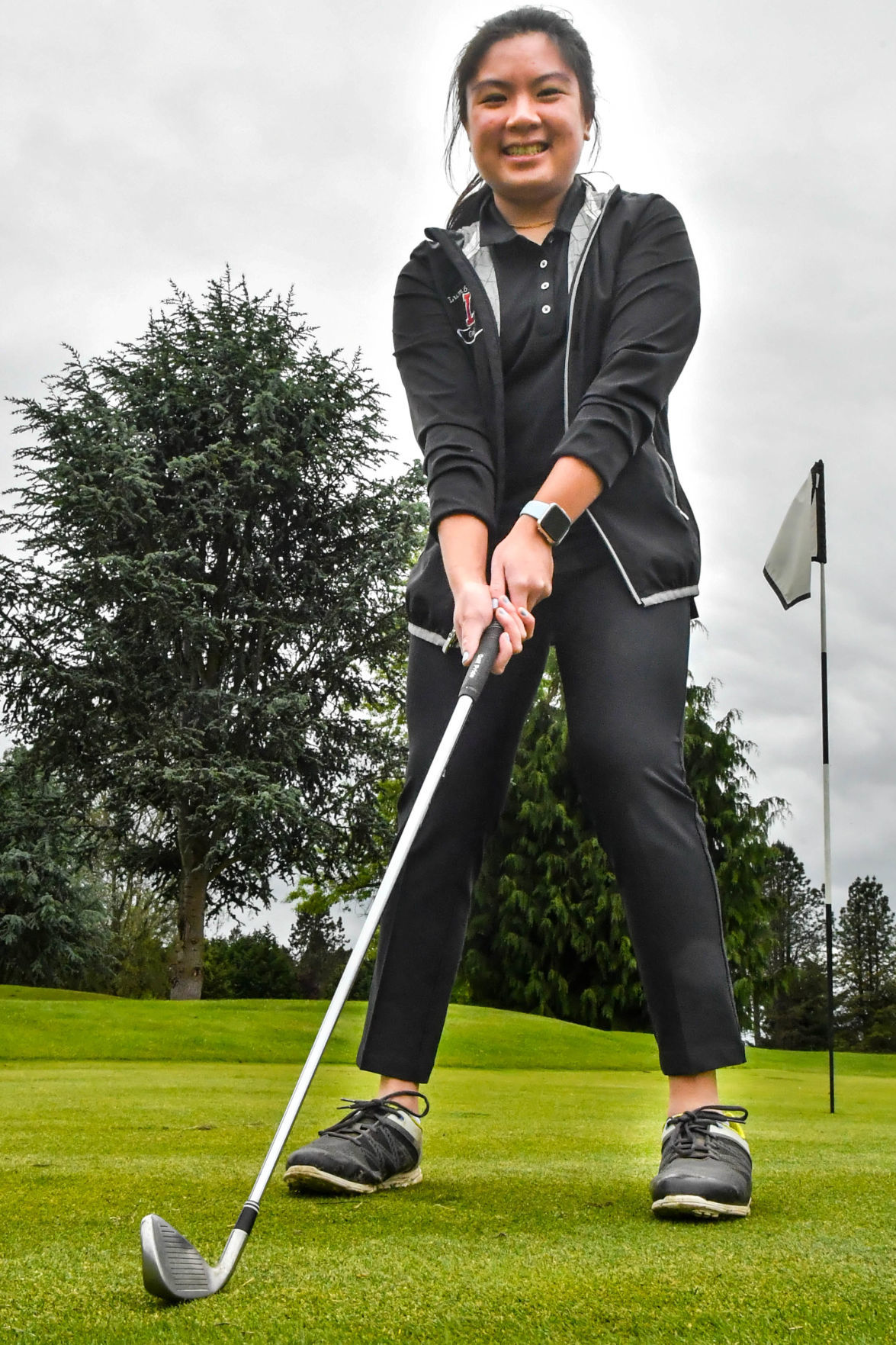 Much like a tree falling in an empty forest the Lumberjills’ golf team was a longshot to make any noise at the State tournament last year.

After all, the girls from R.A. Long had managed just a fifth place finish in the 2A Greater St. Helens League. But they got a few girls through the cut at Districts and then a couple of Jills, Josie Nickerson and Piper Nguyen in particular, got hot at MeadowWood Golf Course in Spokane and R.A. Long wound up seventh at State as a team.

Josie Nickerson, a senior last year, finished tied for tenth place while Nguyen wound up in the top forty. While Nickerson has since taken her talents to Saint Martin’s University, Nguyen was set to return for her final season sporting red and black plaid golfing attire this spring.

Set to help Nguyen in her quest to return to State this year was Jim Nickerson. Also known as “Josie’s Dad,” the elder Nickerson took over as head coach this spring after a successful spell as an assistant.

Nickerson said it was a joy to watch Nguyen improve over her four year career, and only wished that he could have seen her get the final shot deserved.

“She’s a funny story. She started out her freshman year, I think that was probably the first year she’d played golf, and she was not very good, but she had the best attitude of anyone I’ve ever seen on a golf course,” Nickerson said with a friendly chuckle. “I mean, bad shot, bad shot, bad shot, and always smiling about everything and she just kept working on things.”

During her sophomore year Nguyen was able to qualify for the District tournament thanks to her natural prowess in the short game, but she still had a few areas of her game she needed to improve. Specifically, she needed to work on her ability to strike the ball with some authority.

“Her first couple years she couldn’t hit the ball past her shadow,” Nickerson noted.

But when Nguyen turned out for her junior year her drives were noticeably longer and her overall level of play began to soar while she took on better and better competition as the Jills’ number two golfer.

“When you’re playing number two and you’re playing with better players your game just elevates and that’s what happened with her,” Nickerson explained.

The Jills’ coach noted that Nguyen was uncommonly receptive to instruction and never seemed to tire of working on fundamental drills that the coaching staff set up for her.

“Her work ethic was something else,” Nickerson said. “She’d put in time on her own on the weekend. She spends tons of time on the practice green just chipping and putting. The par-three course, she spent a lot of hours out there. Everything we told her to do, everything we said could get her a few shots better, she did it.”

Even when Nguyen struggled out of the gate at State she found a way to compete on the back nine and managed to make the cut for the second day.

“I thought this year she could have been top 20 because she worked on her game all summer and she was primed and ready,” Nickerson added.

Sarah Brazier was set to be R.A. Long’s only other senior iron swinger this season. Another four year player, Nickerson says Brazier may have improved more than anyone in the program during her four years and brandished a “very polished swing” during the only fortnight of the 2020 season.

“She’s another one who just kept coming out and she’d come out in the offseason,” Nickerson said. “She was poised to be our number two this year and if you would have told me that her freshman year I would have said no way.”

Nickerson noted that Brazier told him right out of the chute that her goal this year was to qualify for the District tournament. However, he still didn’t think she was aiming high enough.

With only three other players in the program and not much experience beyond Nguyen and Brazier this was going to be a year of growth for the Lumberjills. Their coach believes that the biggest loss for the underclassmen is that they didn’t get to watch the practice habits of the team’s two seniors.

“They had two girls in Piper and Sarah and they were going to learn a lot, definitely. Those two will be missed,” Nickerson noted. “They’re going to miss out on that step of seeing what it’s like and the ups and downs, and the road trips, and playing the different courses. Those types of experiences you just can’t really get back.”

And what about the Jills’ chances of stalking the leaderboard at State again if the spring season hadn’t sliced out of bounds before the first tee? Again, it was probably a long shot, but Nickerson wasn’t ready to write off the odds completely.

“All it takes is for a couple of girls to get hot,” he said.