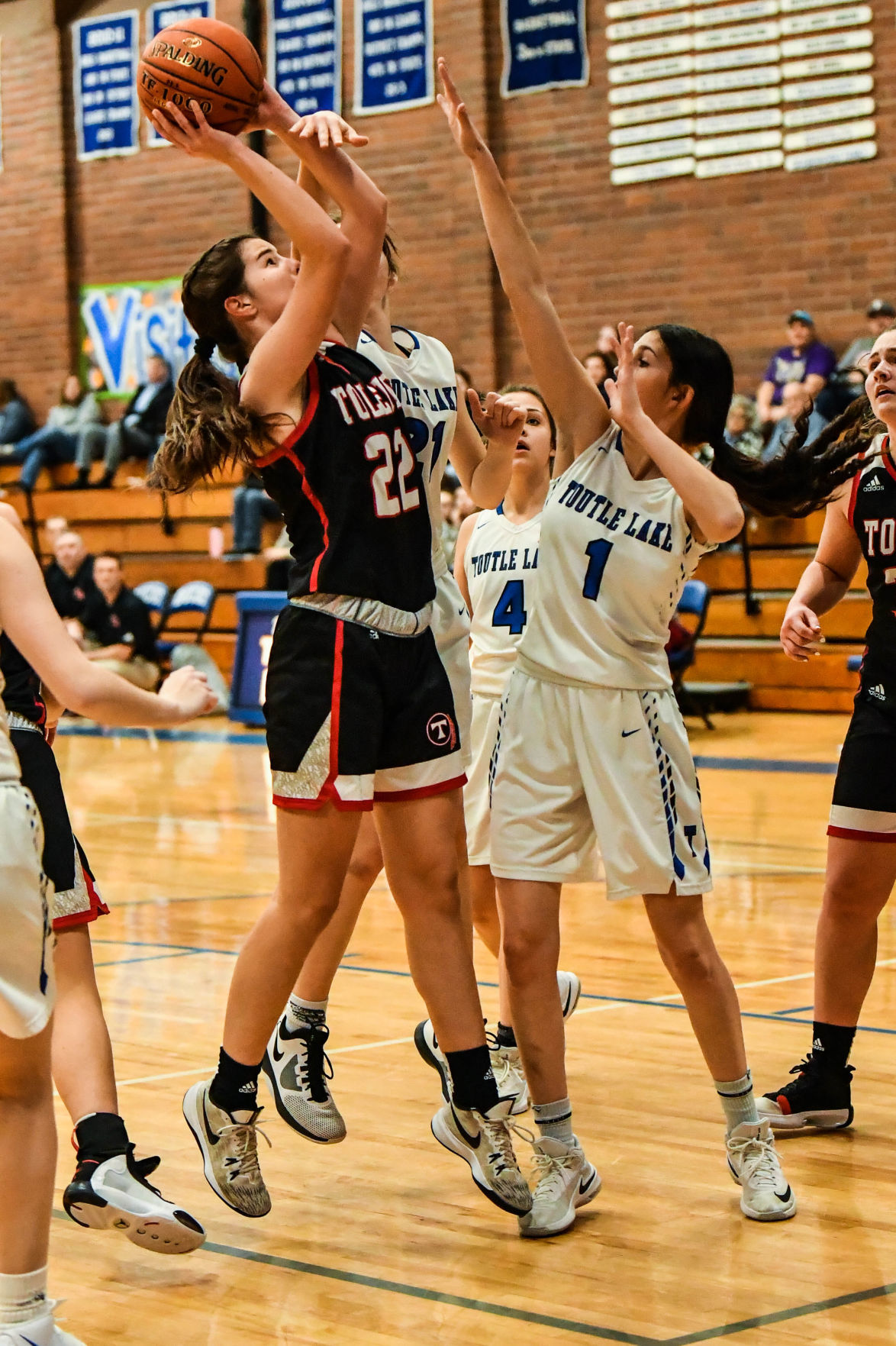 Alejandra Cadarso (22) jumps up for a shot over Jasmine Smith (1). 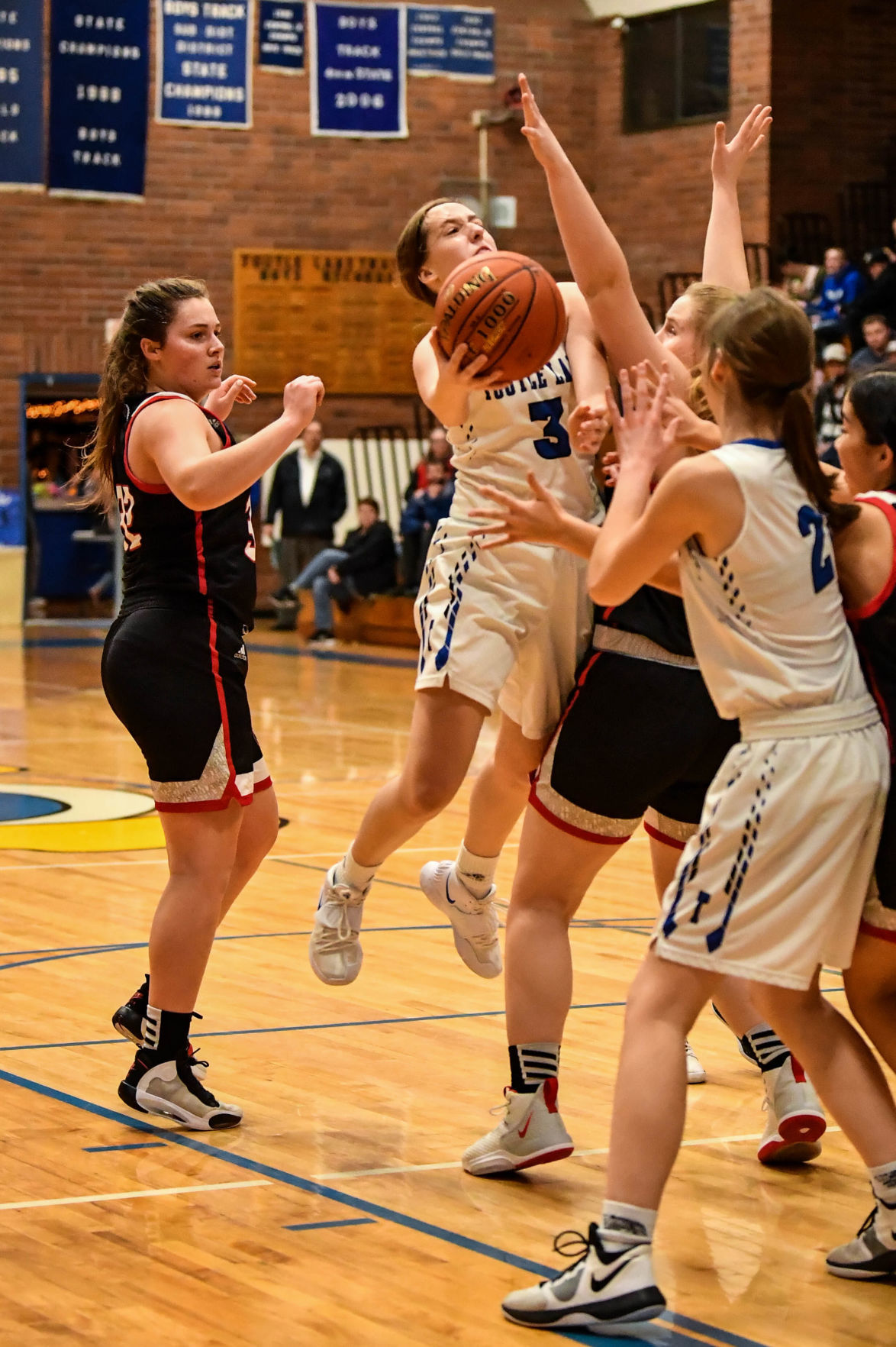 Molly Donald (3) jumps over Toledo defense to make a 2-pointer. 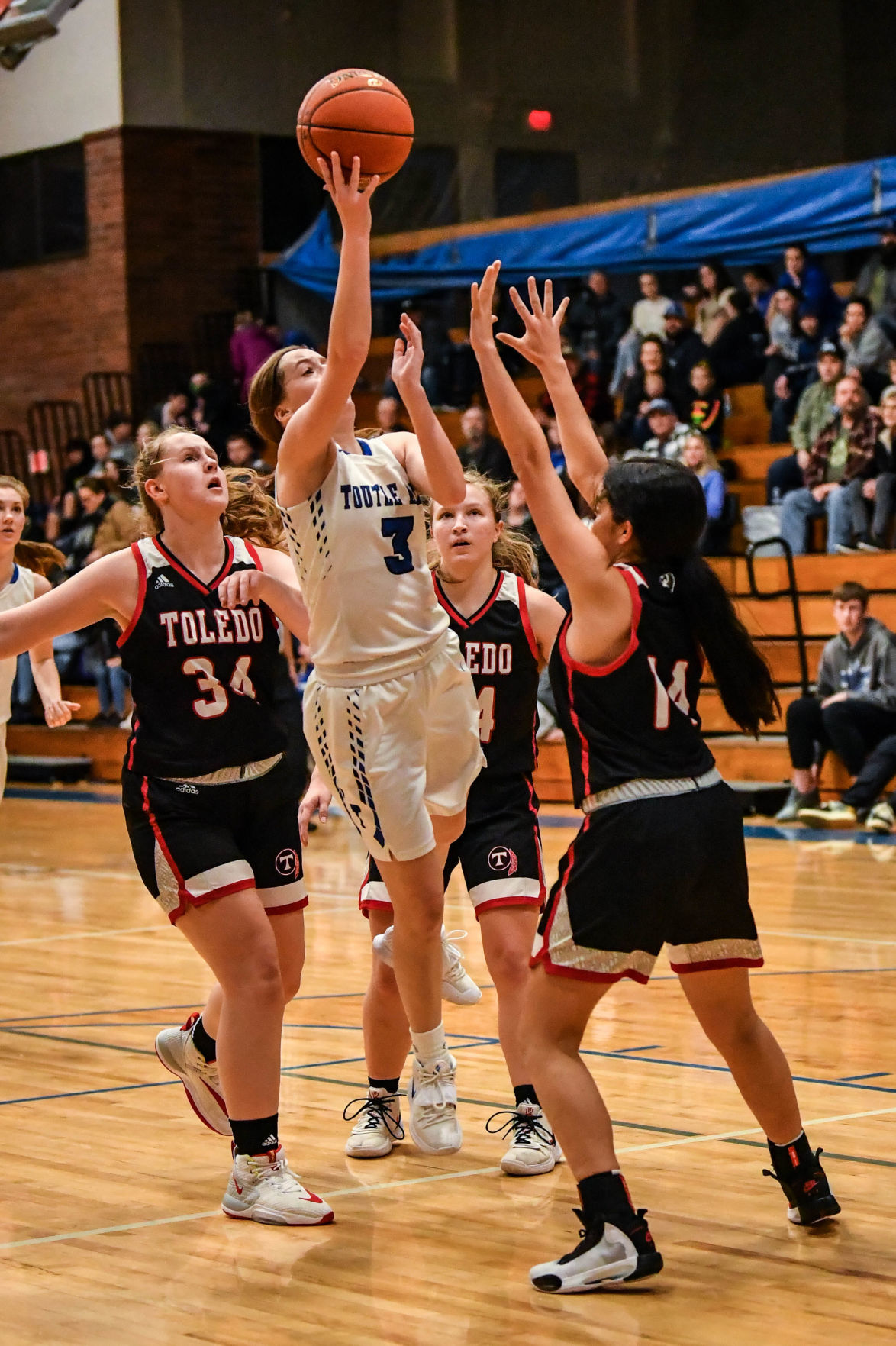 Molly Donald (3) pushes the ball over Emma Cline-Maier's (14) reach for a basket. 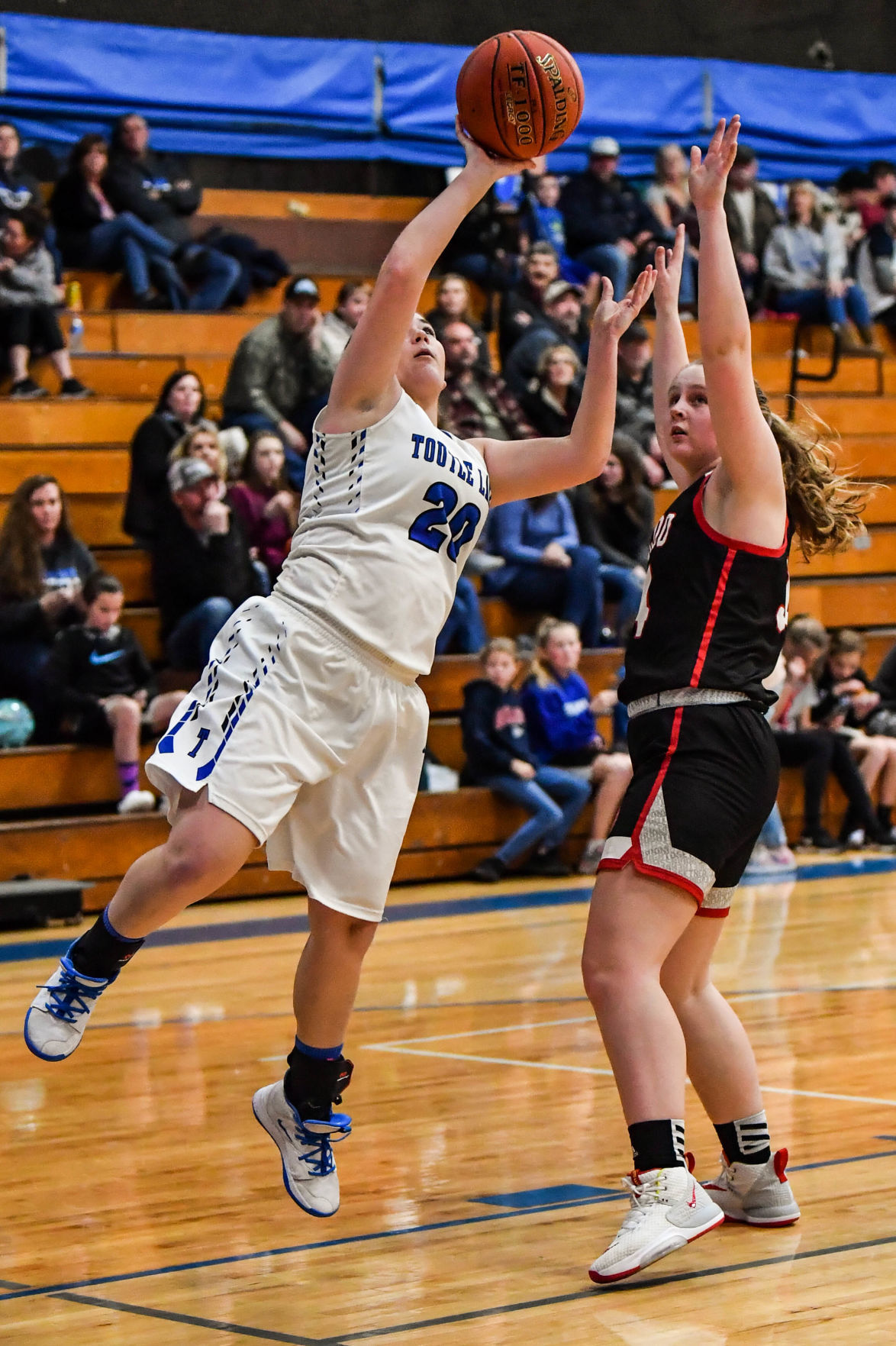 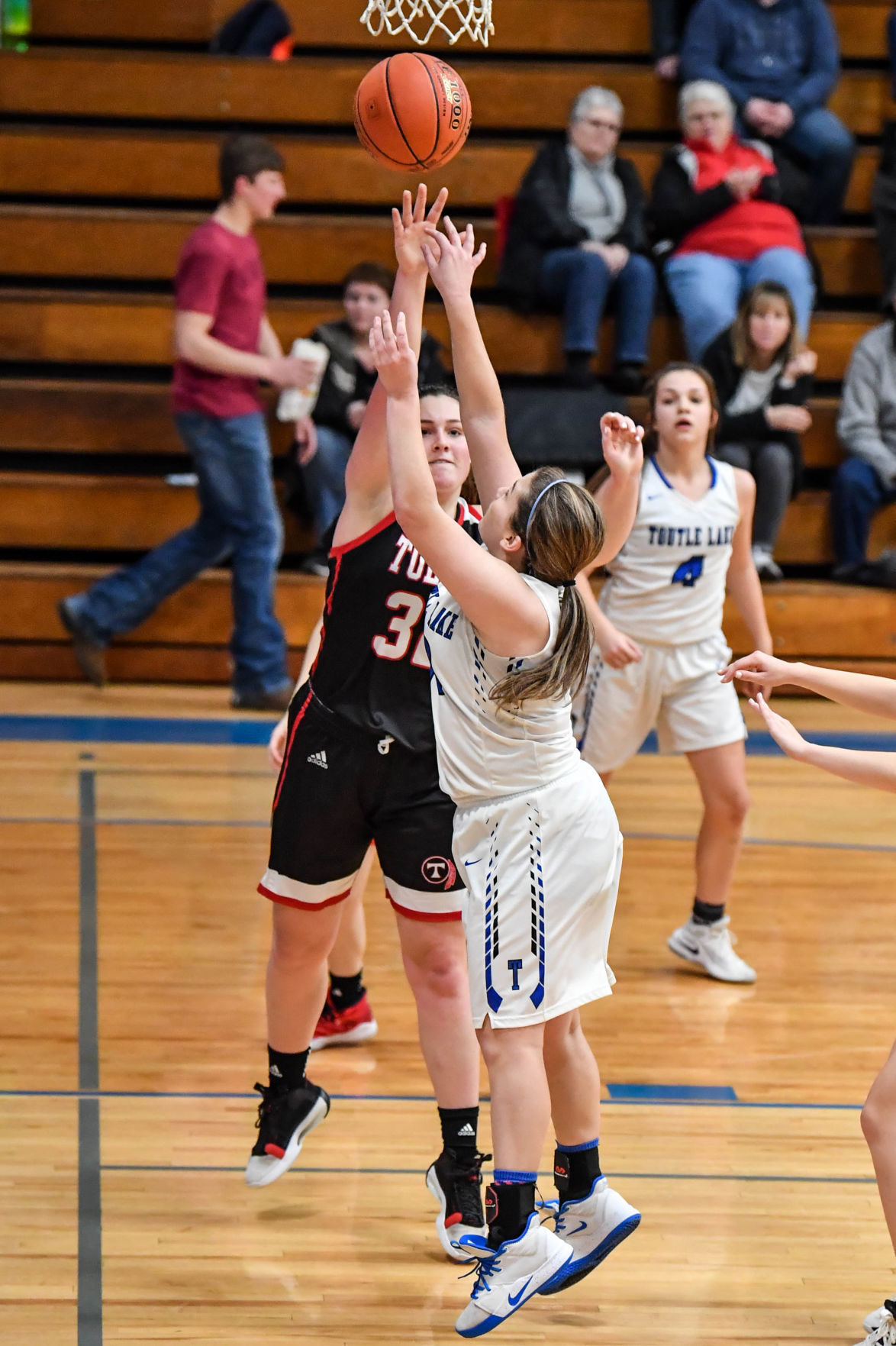 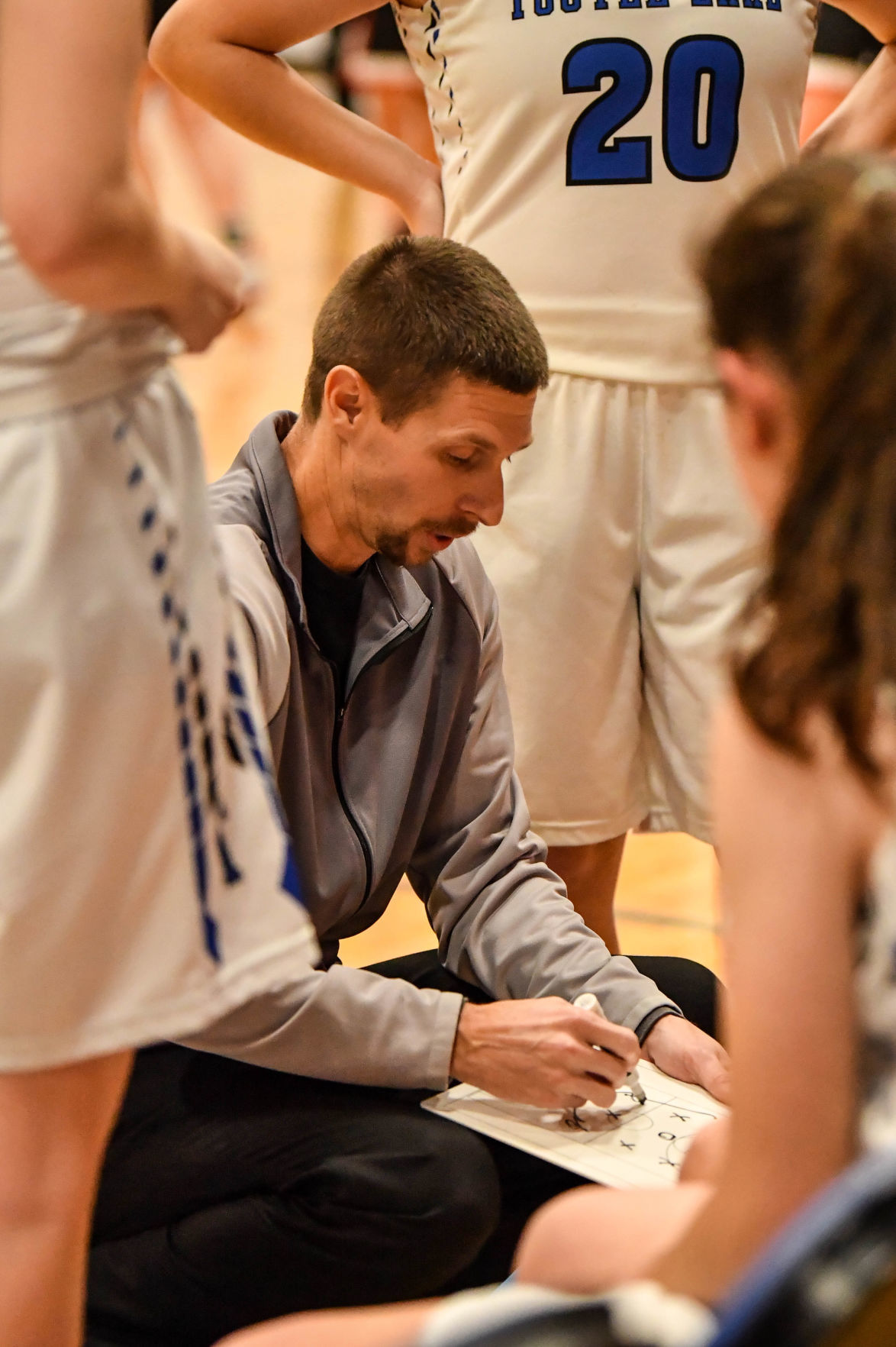 Toutle Lake coach Daren Dean strategizes with the girls during a time out. 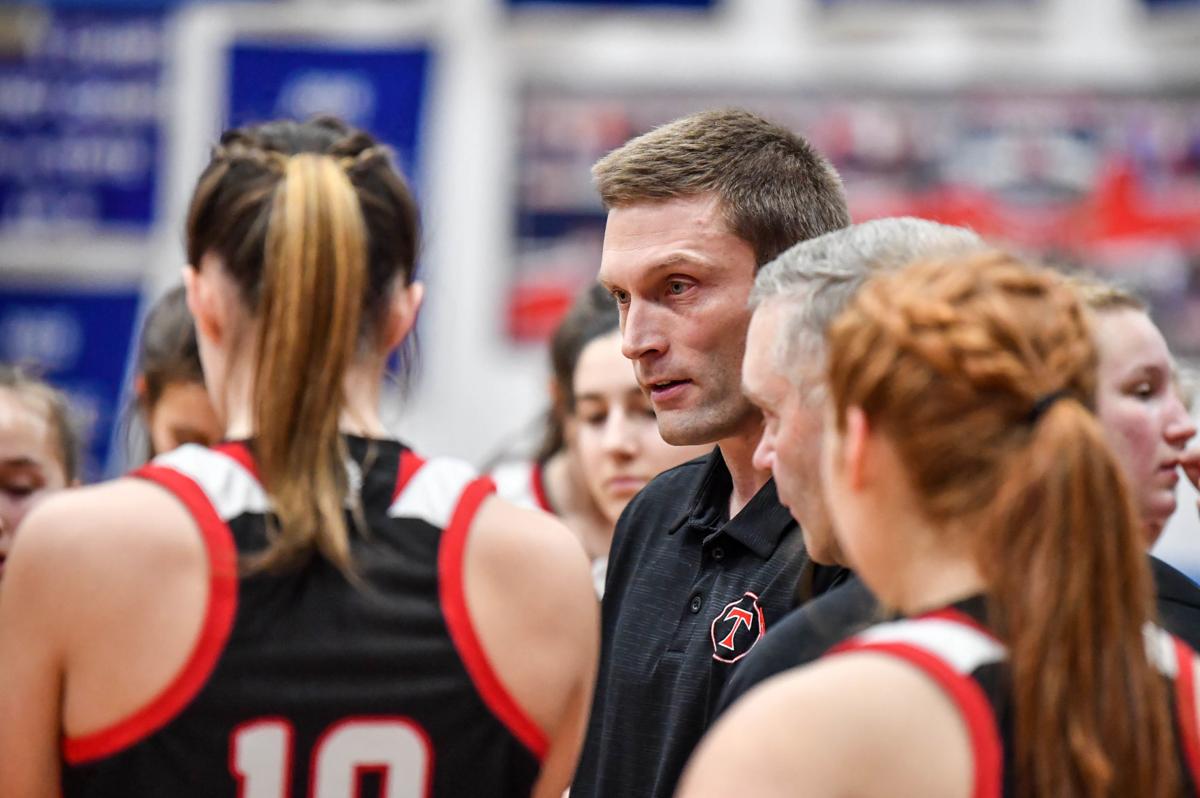 Brian Layton talks with the Indians during a time out. 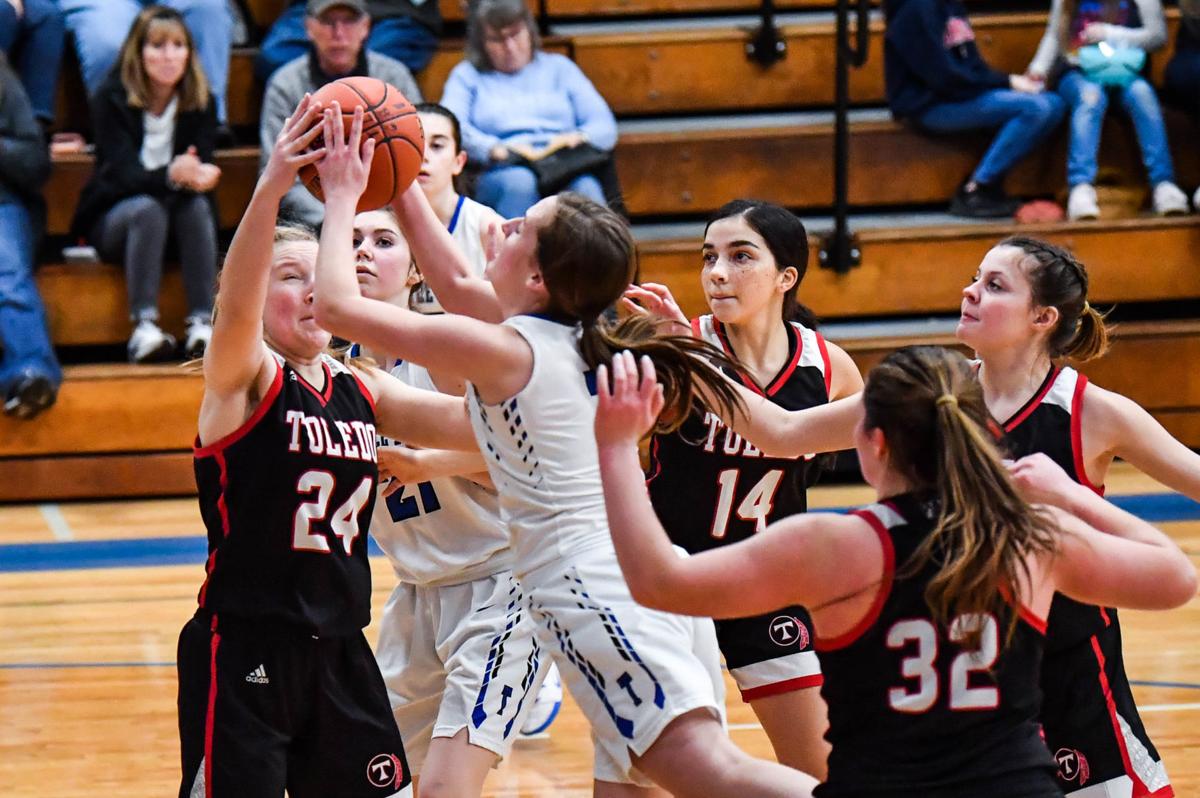 Alejandra Cadarso (22) jumps up for a shot over Jasmine Smith (1).

Molly Donald (3) jumps over Toledo defense to make a 2-pointer.

Molly Donald (3) pushes the ball over Emma Cline-Maier's (14) reach for a basket.

Toutle Lake coach Daren Dean strategizes with the girls during a time out.

Brian Layton talks with the Indians during a time out.

Toledo playing Toutle Lake is the classic small-town rivalry. The teams are made up of old friends who have played together since their younger days. That makes the win so much sweeter and the loss sting a little more.

The Indians traveled to the Ducks and brought home a 64-32 win. The game started out slow, with Toutle only netting nine points in the first half and Toledo doubling that. The second quarter, the Ducks only added two, the Indians 13.

“I think we were settling too much in the first half but once we started to attack the hoop, things opened up for us,” Toledo coach Brian Layton said.

The Indians brought two powerhouses with them; Kal Schaplow and Stacie Spahr. Everyone looked to those two for big shots. Schaplow put in 13 points in the first half for Toledo. Spahr added seven.

“We settled too much in the first half with jump shots, so we got the ball inside in the second, and that was key for us,” senior Schaplow said.

When they returned after half time, the girls kept the intensity, but the Ducks started to match it. During the first half, Toutle had trouble holding on to the ball. It seemed to slip from their grasp during any tussle, landing the Ducks with 13 points.

“There’s definitely areas we still need to improve on and luckily we’ve got time this season to fix it. We did do better at boxing out, though I think we got beat on the boards,” Toutle coach Daren Dean said.

After a locker-room pep talk, the Ducks brought out a 100-percent-effort mentality, senior Keeley Studebaker-Smith said.

“I think we all gave it our all, which always helps,” Studebaker-Smith said.

Their defense held out stronger and the Duck offense began to find the holes to shoot from. They threw in 10 points in the third, but the Indians’ 22 points still eclipsed them.

“Well I thought, especially in the second half, we started rebounding better and we started getting entry passes to the posts. That’s one thing we’ve worked on. We finished better,” Schaplow said.

While their shots weren’t always hitting their marks like the Indians have been used to so far this season, going now 10-1, Layton said there’s still room to improve. Toledo’s win against the Ducks marked the ninth straight win for the Indian girls.

“We finally got some transition buckets and some easy shots. Our shots weren’t really falling but these girls, they always give their best effort so I’m always proud of them for how hard they play,” Layton said.

Dean said he’s not worried. The Ducks still have time to work and improve on their 4-8 season.

“We’re always working on fundamentals. Trying to be at executing offense and playing hard defense. It all starts with defense,” Dean said.

But the score isn’t always the important part of the game. The two teams have known each other for years. In middle school some of the girls played each other four times a year.

“Me and her (Kal Schaplow) have played roots together and used to battle in middle school but now we’re good friends. When we know each other, when we can kind of joke around with each other during the game, it makes it more fun and a little bit more intense,” Studebaker-Smith said.

For Schaplow, coming to the Ducks’ court and seeing old friends is the best part. Winning is just the cherry on top.

“It’s a fun little rivalry we have with these girls,” Schaplow said. “We’ve played against them forever. Those girls, they’re lights-out.”

Which 'Peanuts' character are you?

Are you ready for retirement?