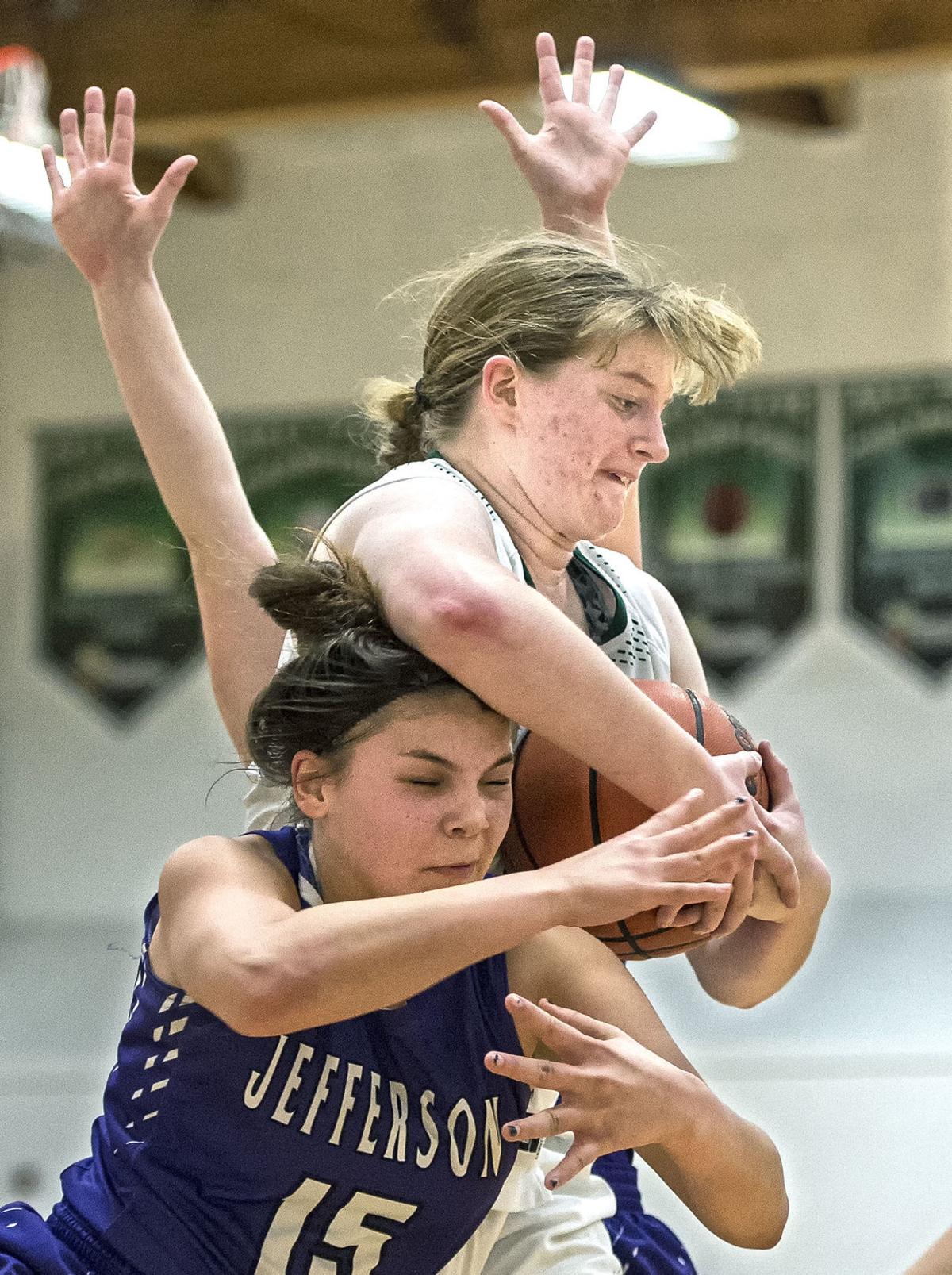 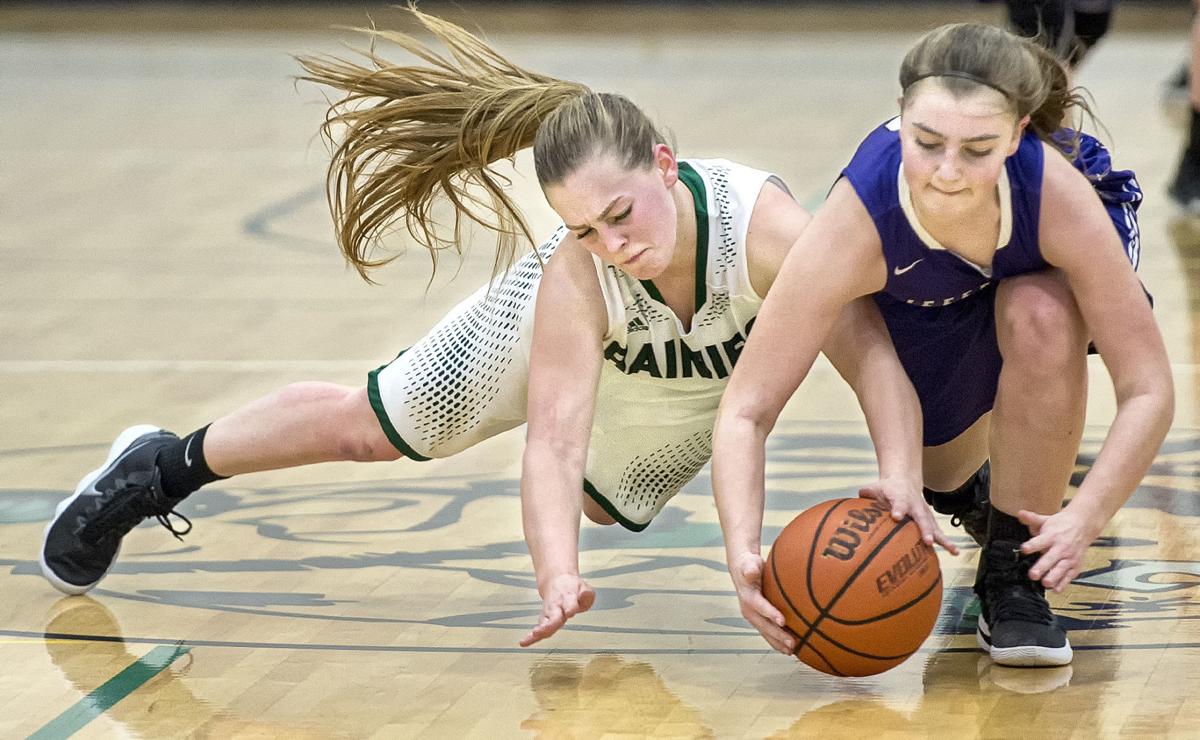 Aspen Norman fouled out with under six minutes left, but her presence wasn’t needed late because of the work she did the rest of the game.

Led by Norman’s defense and the scoring of Desirae Hansen and Reese Schimmel, the Rainier girls beat Jefferson 60-44 at home Friday in the first round of Oregon’s 3A State Tournament.

“She’s the spearhead of our 1-3-1 (defense),” Columbians’ coach Doug Knox said of his senior, who left the game with Rainier leading 50-39. “That really hurts when she’s out.”

Norman scored nine points on the evening, though Hansen largely credits Norman’s defense as the reason Rainier tallied 18 points in the third quarter.

“She turned the defense up and we just followed her,” Hansen said. “She led us with defense. She’s the top defender in the state. I’d take her over everyone. We’ve played together our whole life; we feed off her defense.”

Hansen scored 23 points with seven coming in the third, while Schimmel scored 14, six points coming in the third frame. That quarter proved pivotal as Rainier hit the locker room at halftime leading 28-25. They entered the fourth quarter with a 46-33 lead.

“I was concerned it was that close, because a couple buckets here and there and that makes it a real close game,” Knox said. “They responded well. I didn’t expect them to play that kind of defense on (Hansen).”

Jefferson’s box-and-1 defense was ineffective as Hansen muscled through defenders and hit shots with multiple sets of hands in her face.

Rainier will play Creswell in the quarterfinal at 6:30 p.m. Thursday at North Bend High School.

Knox said he feels the Columbians are ranked higher than they should be at No. 3. Creswell is ranked No. 11 among 3A programs. He’ll be studying film over the next week, digesting and planning.

Hansen will have a simpler approach.

“After this, we’re done,” Hansen said. “We just have to play with our hearts, follow each other, trust each other.”

Highlights from Rainier's 60-44 win over Jefferson in the first round of the 3A State Tournament on Friday.