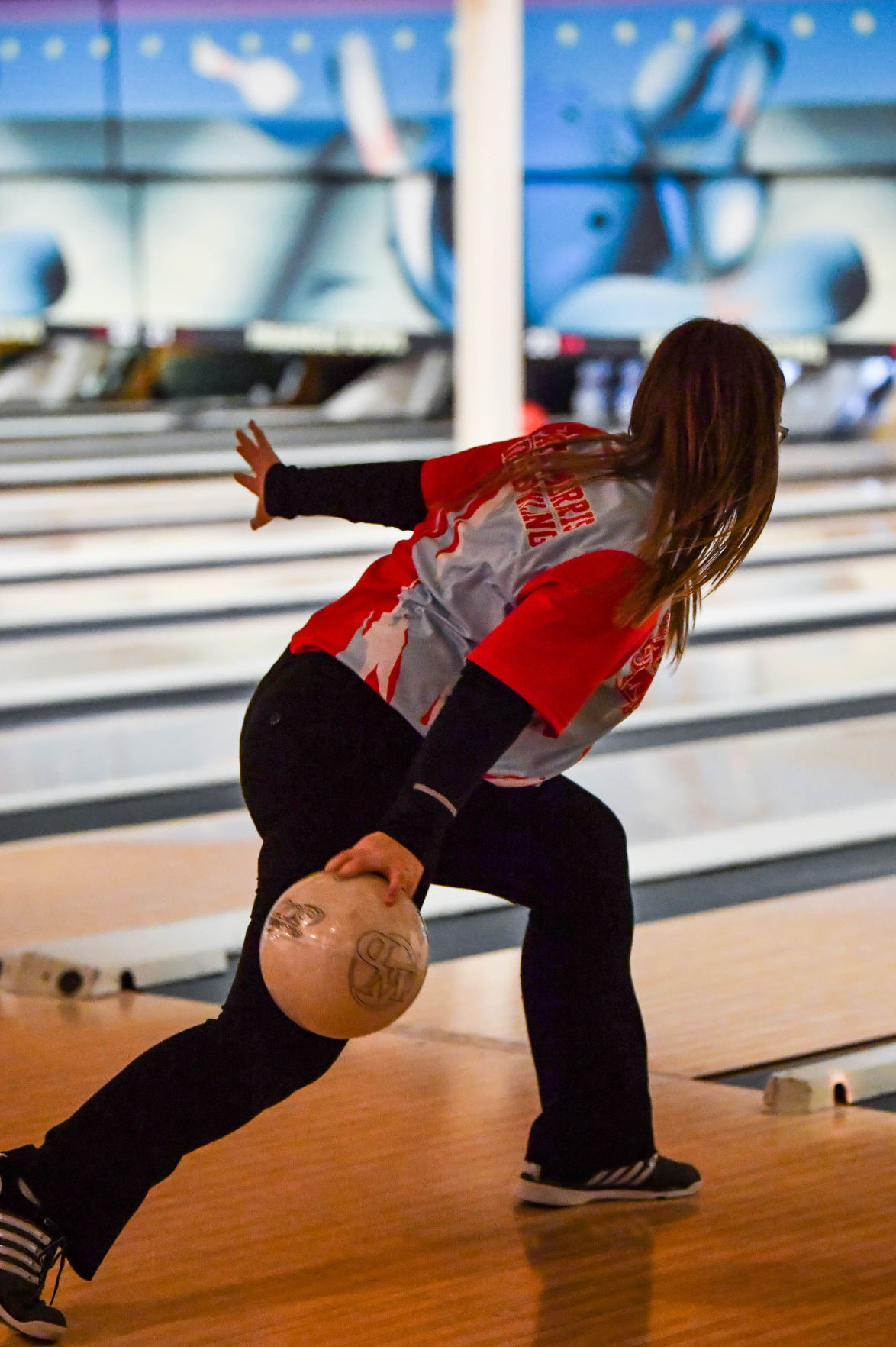 Hailee Reynolds slides up to the line before rolling the ball 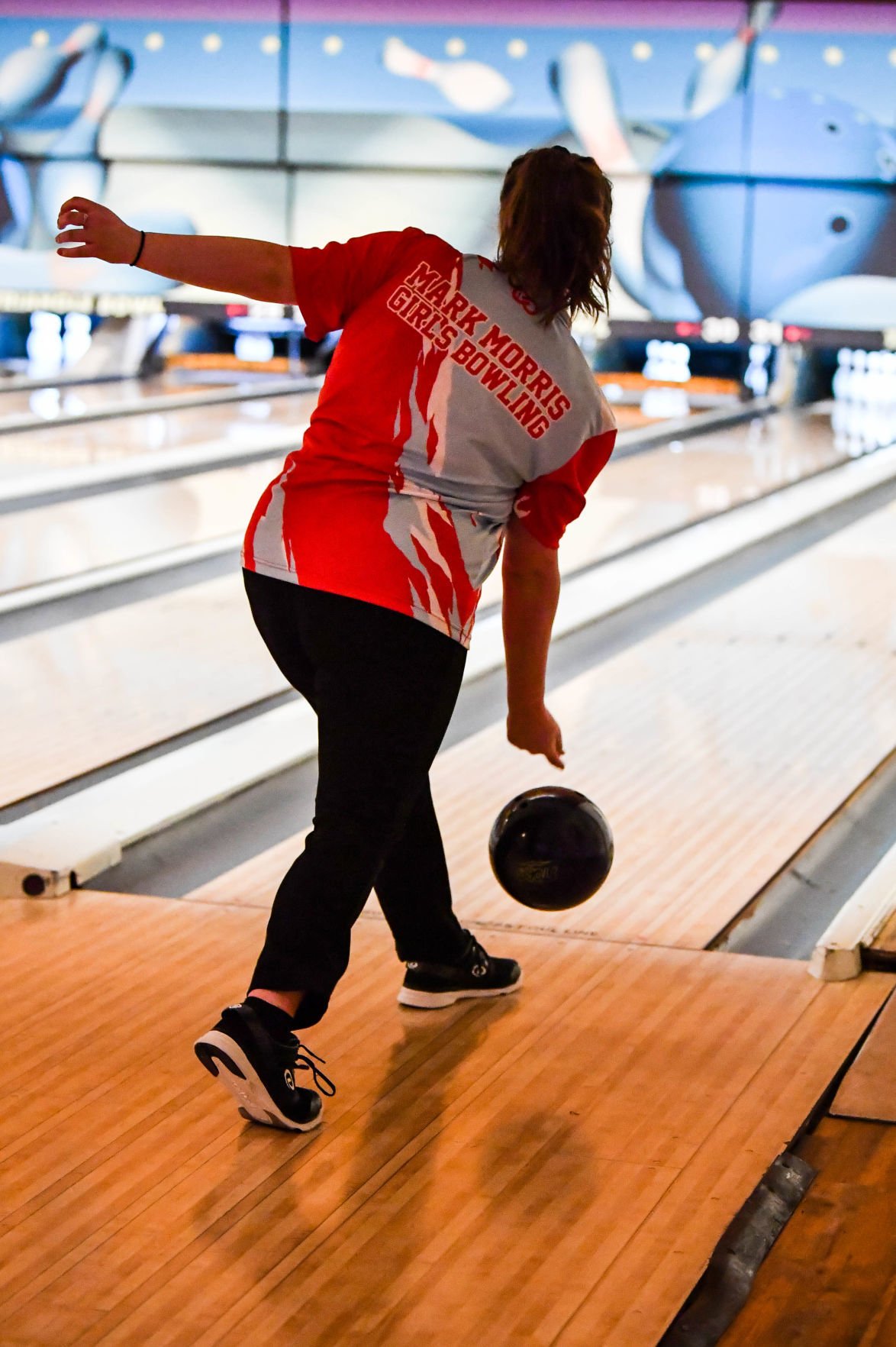 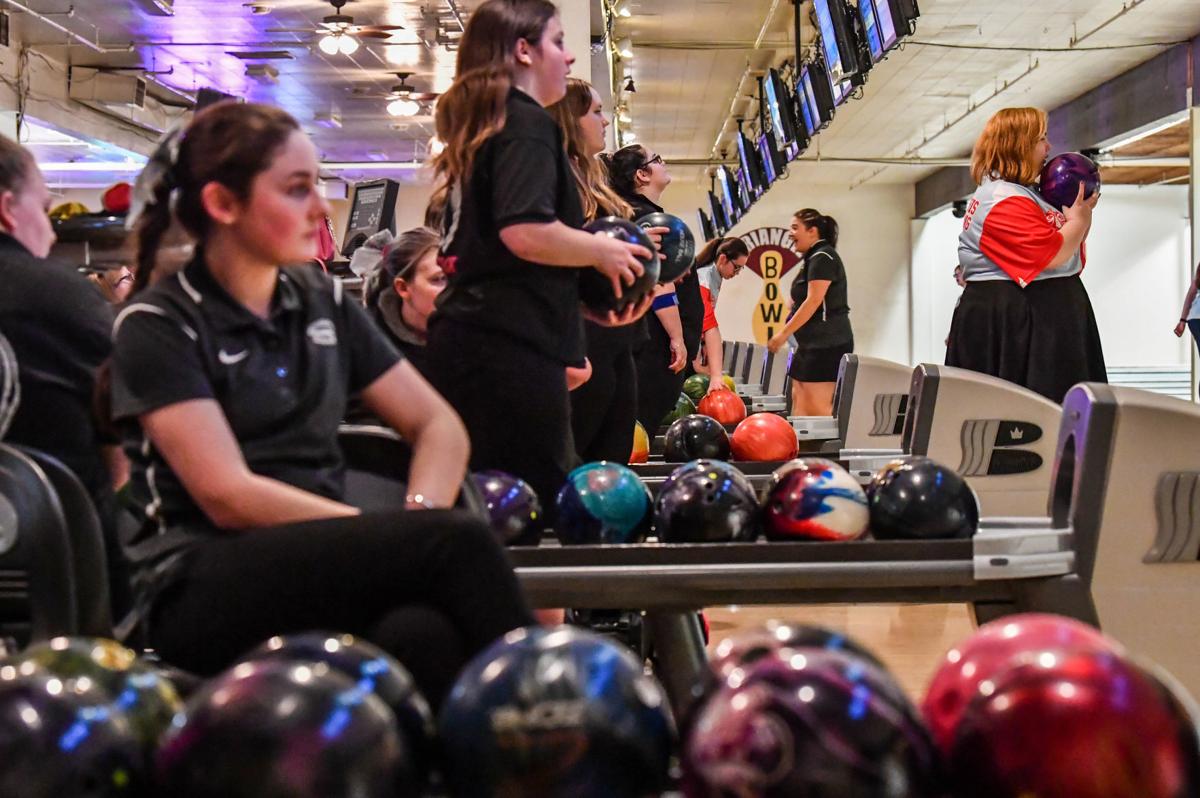 Hailee Reynolds slides up to the line before rolling the ball

Tables were packed with more than 30 spectators. Three teams crowded 10 lanes in the corner of the alley. Unlike bowling with friends on a Saturday night, these girls flung balls down the lane with determination set on their faces.

There is no pausing for snacks or leisure in these games. The Monarchs rolled through their frames like the ball was chasing them, not the pins. But the high intensity did not mean a lack of fun. For many of the girls, this team is made up of best friends.

“It’s like the big family that I never had. Because I’m surrounded by so many people that I care about and they care about me and I’ve never had that before,” senior bowler Hailee Reynolds said. “It makes me feel so happy to come here and bowl with these people.”

The love and support for each other showed. After every strike or spare organized cheers erupted, louder than at some football games. Strikes were celebrated as if they were a rare occurrence. However, the girls spun them in like it was nothing but a flick of the wrist. Half of the players who stepped up to the line bowled strikes in the first frame. There was rarely a quiet moment.

“It gets pretty rowdy. When you have tournaments like districts, it gets crazy loud,” senior Madie Flint said. “It’s a little bit of both (nervous and excitement), it’s fun and then to a point it gets stressful. Then you’re like ‘ah, so much noise. I need to focus, but I can’t.’ ”

The excitement and cheers can’t be duplicated during practice. During their five days per week practice, the girls perfect their skills, speed and precision.

“When we are preparing for the season the first couple days we come in and just bowl to see what kind of natural skills the girls have. Then we try to advance those skills. It’s really teaching the girls how to read the lanes and adjust on their own,” coach Shawna Wilson said.

Consistency is their main goal. Because varsity is not determined until close to the end of the regular season, the girls have time to grow their skills and up their points, Wilson said.

“When they’re throwing the ball and hitting the same mark consistently, then we can adjust for how the ball is reacting on the lanes,” Wilson said.

Accuracy, however, is not the team’s biggest issue. Having the proper tools and access to the bowling alley outside of practice is an advantage not everyone has.

According to Wilson, out of the 22 girls on the team, only eight have the means to own their own gear.

“We have a lot of low-income families. We have to use tools the bowling alley has. They (the girls) are going to have balls that are not fit to their hand, shoes that are not their own. When we go to other allies, they have to find a ball there that they can use,” Wilson said.

But, not having the right tools doesn’t stop the Monarchs, 2-2 overall, from spiraling balls down the wooden runway with laser precision. Monarch balls cruised down the lane with speeds reaching 16 miles-per-hour. Girls knocked pin after pin, getting turkeys like it was a Thanksgiving feast.

For Flint, the idea of bowling in high school came from a friend after spending a brief amount of time in a bowling alley during middle school.

“I did it in eighth grade and I thought it was kind of fun, then I happened to be pretty good at it. It’s really fun, I’ve met a lot of friends here,” Flint said.

While Flint is unsure if she will continue after graduation, Reynolds is hoping the team makes it to state. She wants to go pro.

Many of the girls bowl on the junior team with Triangle to help achieve their team and personal goals.

“These girls work really hard,” Wilson said “A lot of them come in on their days off. We’re trying really hard to go back to state. We want a threepeat.”

We can't do it without you. Support local journalism with our BEST DEAL EVER!
Already a subscriber? Log in or Activate your account.
Loading&hellp

Which season suits you best?