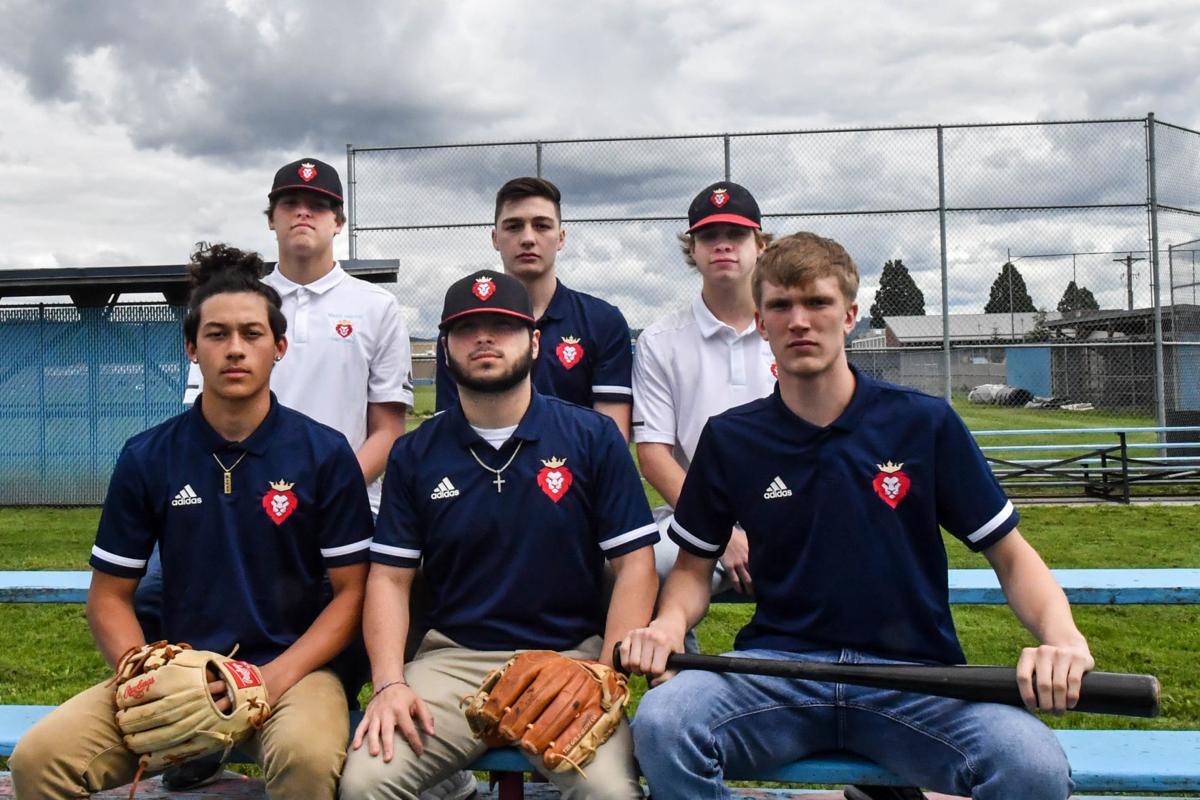 The Seniors of the Mark Morris baseball team sit on the bleachers for a photo. 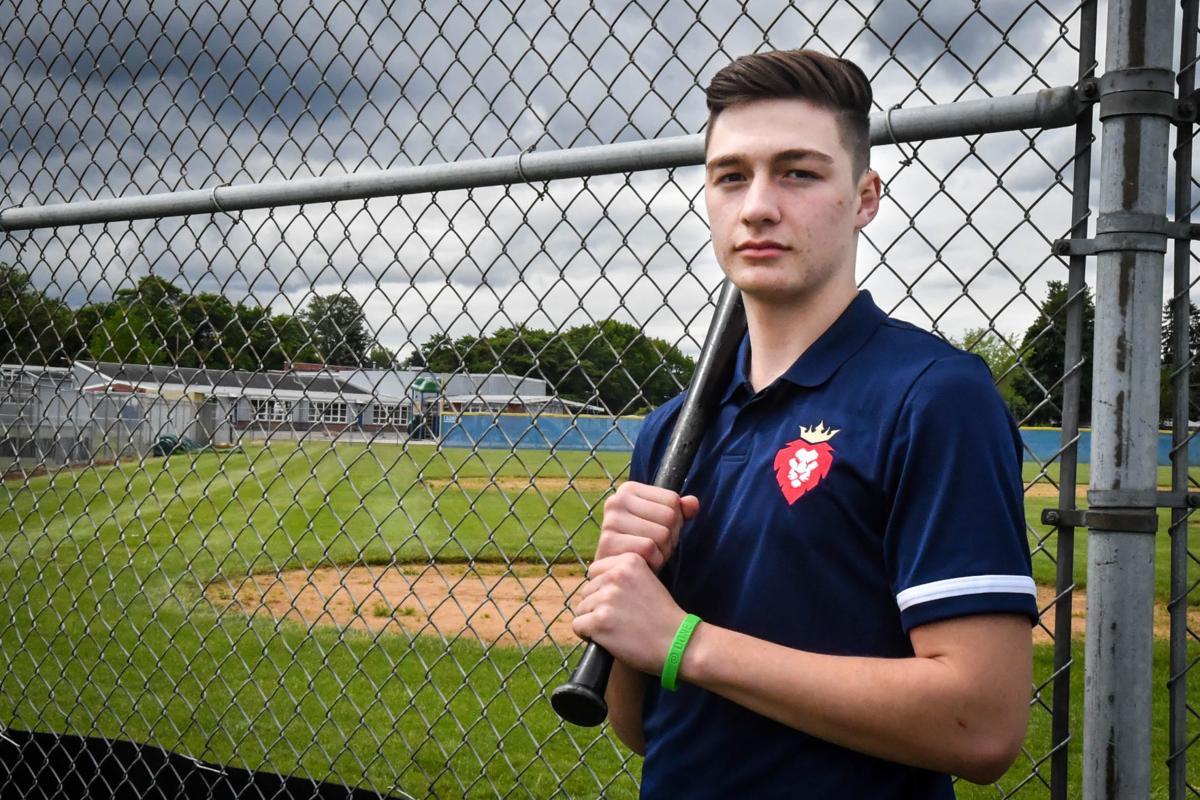 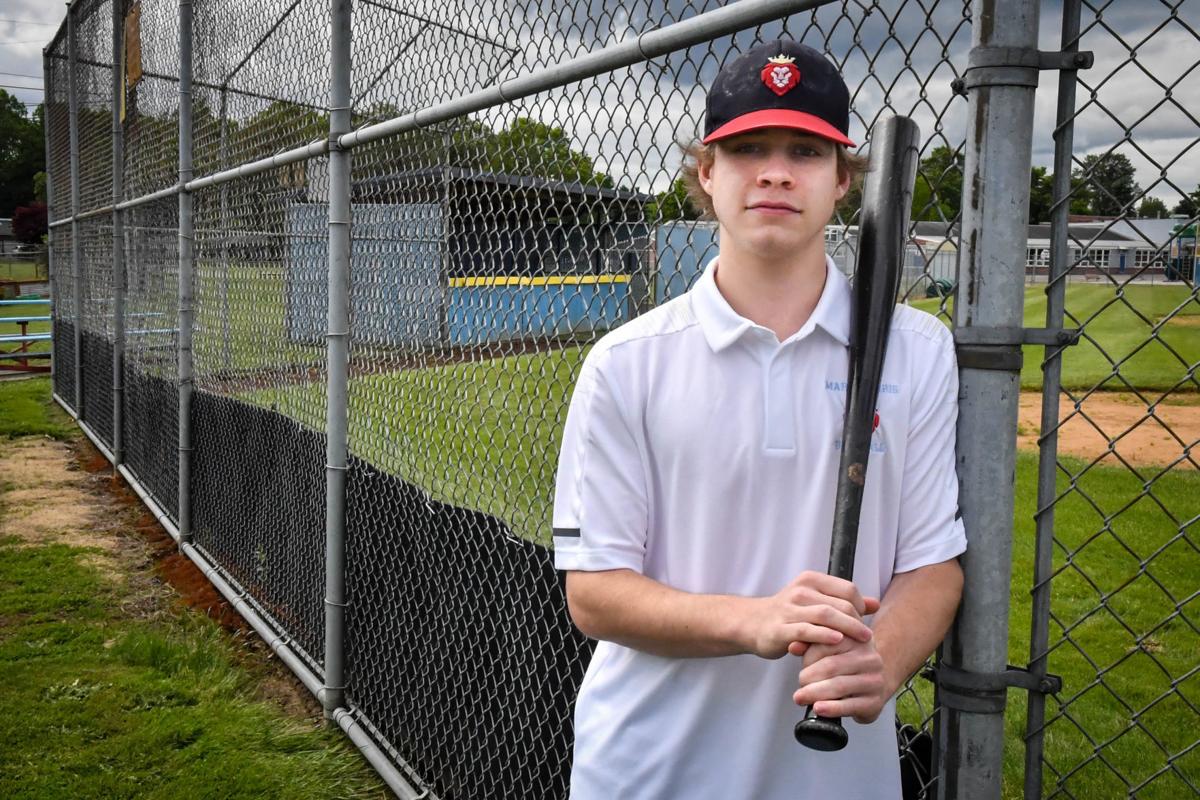 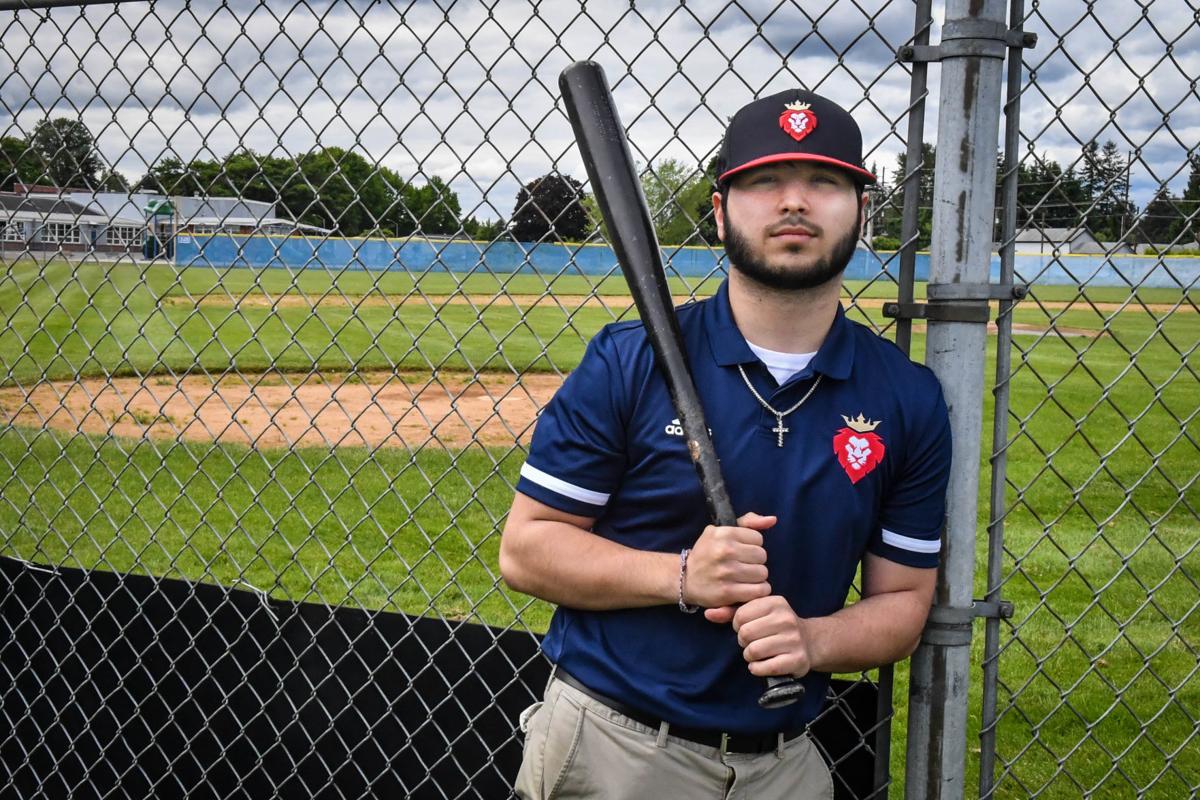 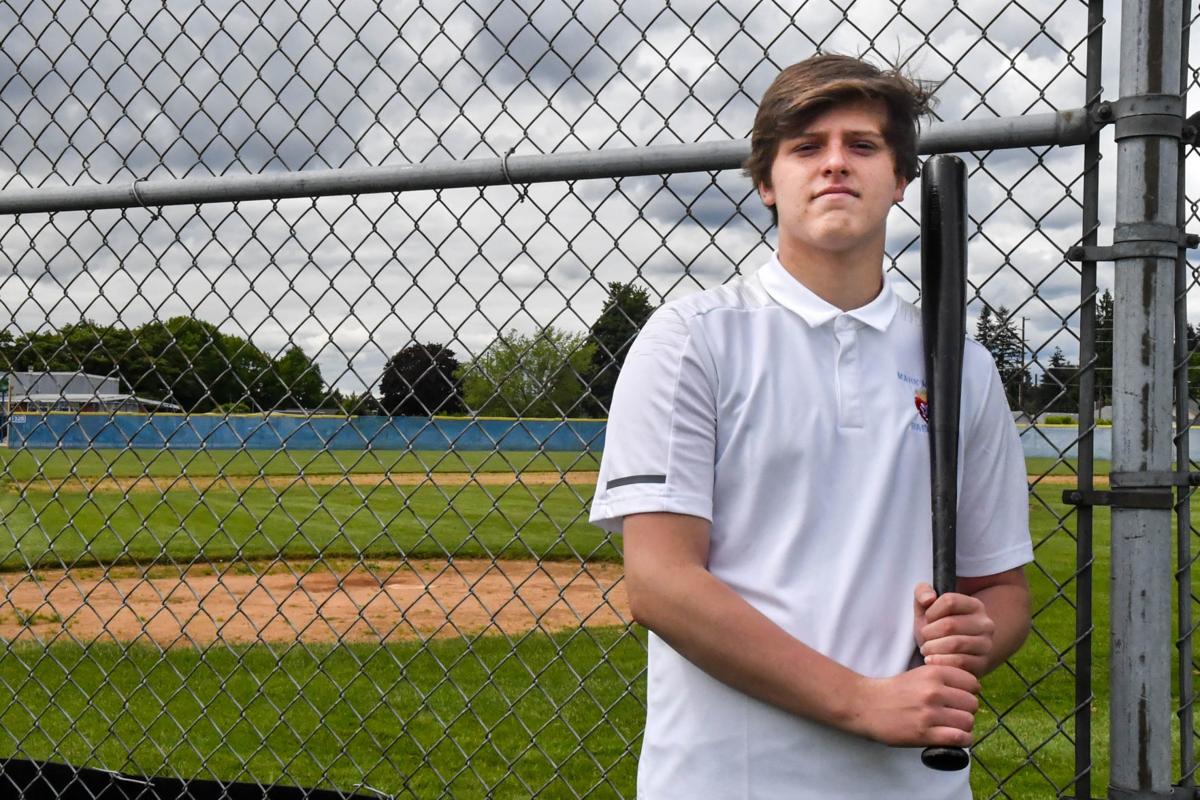 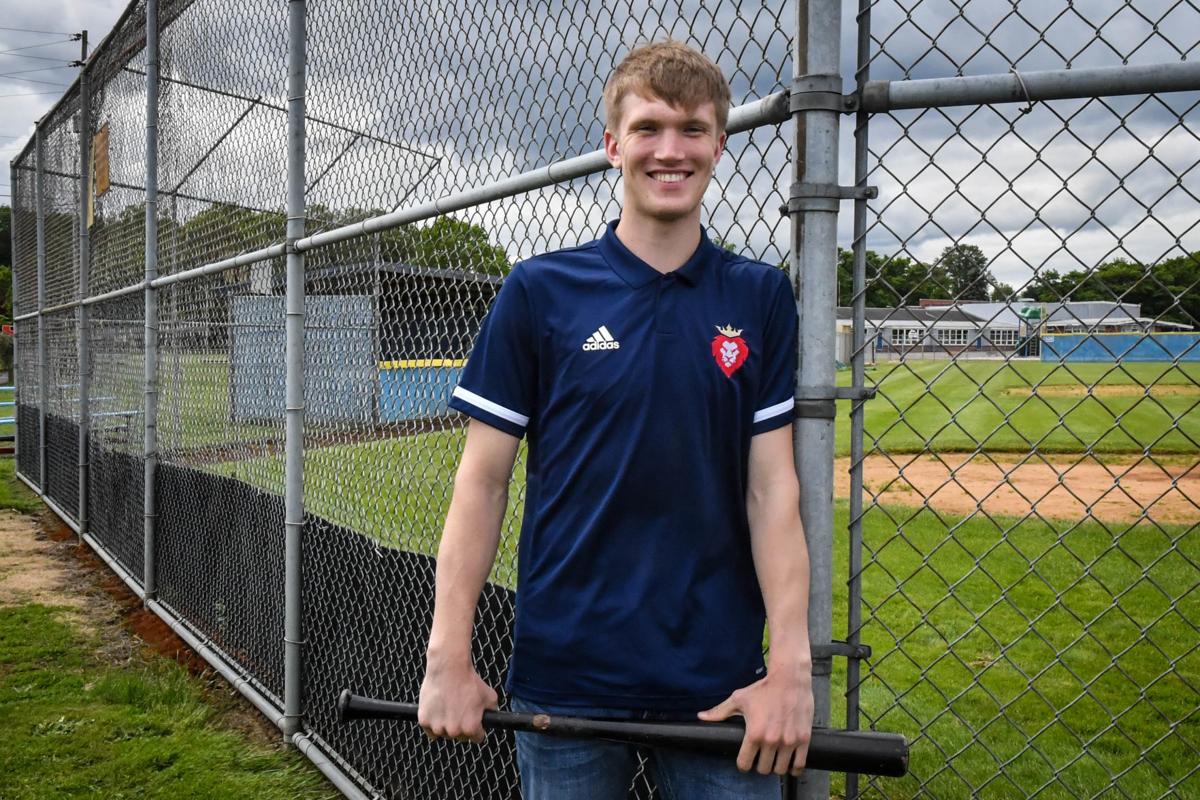 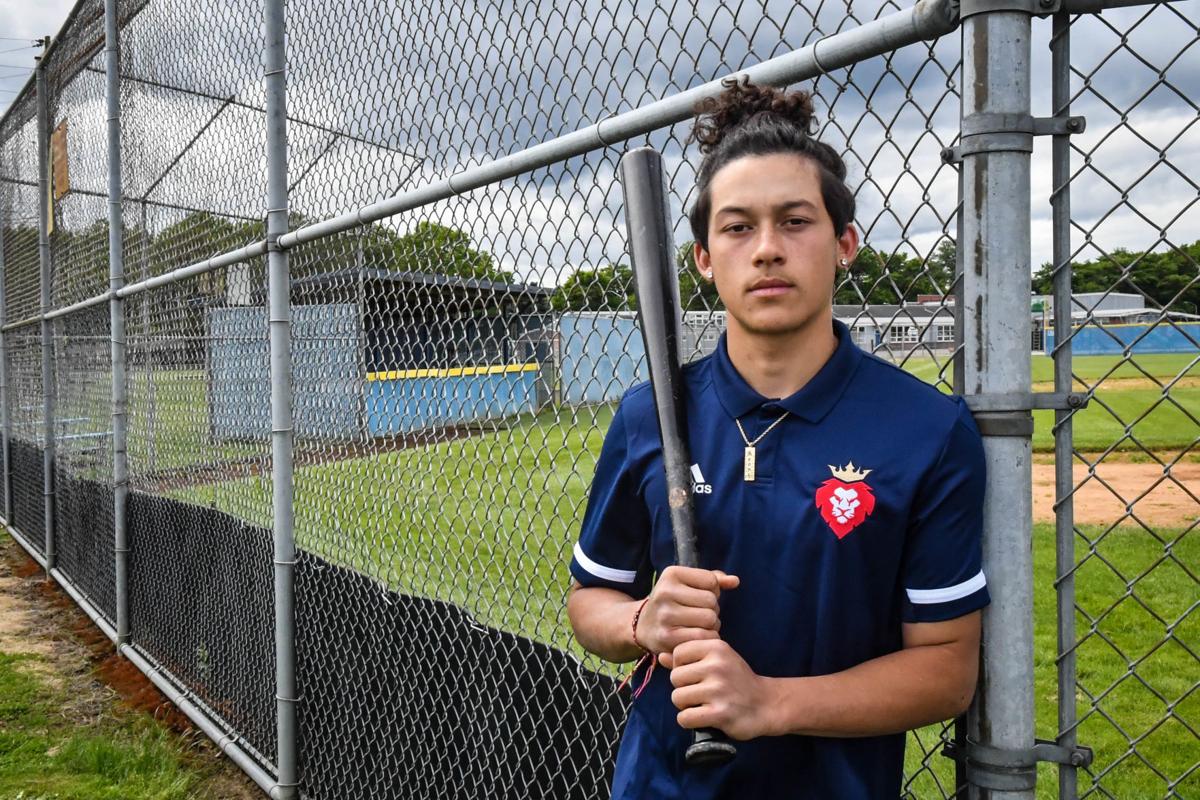 By standard metrics last year was not a success on the diamond for the Monarchs. After all, they placed last in the 2A GSHL after mustering just a trio of league victories.

But not all losses are created equal and Mark Morris managed to suffer the most gut wrenching variety on at least four occasions. The Monarchs dropped that quartet of league contests last season by just one run each.

There was the almost game against the league champs from Columbia River that ended their season. There was a seventh inning walk-off at the hands of Hockinson who went on to wreak havoc at the District tournament. There was another walk-off loss against Hockinson, and a heartbreaker against R.A. Long that was just the backend of a double play away from being the victory the Monarchs believe it was meant to be.

But Greg Bussell, the Monarchs’ long-tenured coach, is not one to make excuses. In his 20th season coaching in the Mark Morris baseball program, and his third season as the skipper, Bussell believed his team was ready to make ends meet this spring.

“Everybody was swinging it really well. We got in the cages early in December and there was a good core group of guys who were pushing everybody else,” Bussell said.

That nucleus of talent included six seniors who were looking for a shot at redemption after so many just-shortcomings. That group included Keoni Makaiwi, Peyton Williamson, Reed Elo, Mitchell Pelton, Cam Vinton, and Jack Shipley.

With a strong arm and sound mechanics Makaiwi was poised to hold down shortstop this season.

“He was set to have an outstanding year. His defensive game developed to where he was truly going to be one of the best infielders in the league this year,” Bussell said.

Williamson was going to be on the field in all sorts of scenarios. With speed in his pocket and the ability to play numerous positions it’s just hard to say where and when, exactly.

“PW was our jack of all trades. He’s just a tenacious bulldog of a guy,” Bussell said while noting that Williamson had blossomed into a nasty closer. “Here’s my best stuff. See if you can hit it.”

Elo is a pitcher who also hits for average and has a knack for gloving it over at the first sack.

“Reed Elo is going to be a next level guy going to I believe Ventura College down in southern Cali,” Bussell said. “He deserves everything he’s getting. He’s the guy who got overlooked in All-Stars and all that when he was younger… He worked his way from being a guy who didn’t have a big impact on the roster to being one of our main guys.”

“The thing about Reed is he shakes your hand and says ‘Thank you, Coach,’ at the end of every practice. I’m going to miss that. I don’t have anyone else doing that,” Bussell explained.

Pelton was supposed to be another super-utility guy for the Monarchs this season. Perhaps his best tool was his sense of humor.

“He could play outfield, pitch. His hitting really came along well for us. He earned a starting spot in the outfield and gave us some spot time on the mound and did really well,” Bussell said. “The thing about Mitchell is he was really the funny guy on the team. He could make everyone laugh even when things were going bad, and that can be very important.”

Vinton was a player who relied on his speed and tenacity to make an impact on the diamond. An outfielder who also worked the cartilage out of his knees as a backup catcher, Vinton knew how to endear himself to the coaching staff and the pitching staff.

“He’s full speed all the time, 24/7. He’s just that guy. If you want him to work on your base running drills he’s always screwing it all up because he goes so hard nobody could ever get him out,” Bussell explained. “All that hard work was going to culminate in a starting spot out in left field this year.”

Last but not least in the contingent of veteran Monarchs was pitcher Jack Shipley.

“He’s going to be a next level guy up at Shoreline and his best days are yet to come,” said Bussell. “He’s a guy with a 20 foot ceiling and he’s only at six feet right now. You can just tell he has all the tools, plus he absolutely hates to lose. He’s going to be in great hands up there with Coach Snell.”

With other intriguing parts like junior catcher Jamison Watson, and a host of impressive underclassmen Bussell and company were exceedingly optimistic about what sorts of breaks their team could catch this year. According to those who were there for the first two weeks the difference was evident even on the practice field.

“That’s the thing that I think everyone of us was thinking. Nobody was saying it. Nobody would say boo, but we’d all kind of look at each other a certain way when we were practicing particularly well,” Bussell explained. “I know we were going to be able to get up over a .500 team even though nobody had us on the radar at all.”

The Seniors of the Mark Morris baseball team sit on the bleachers for a photo.