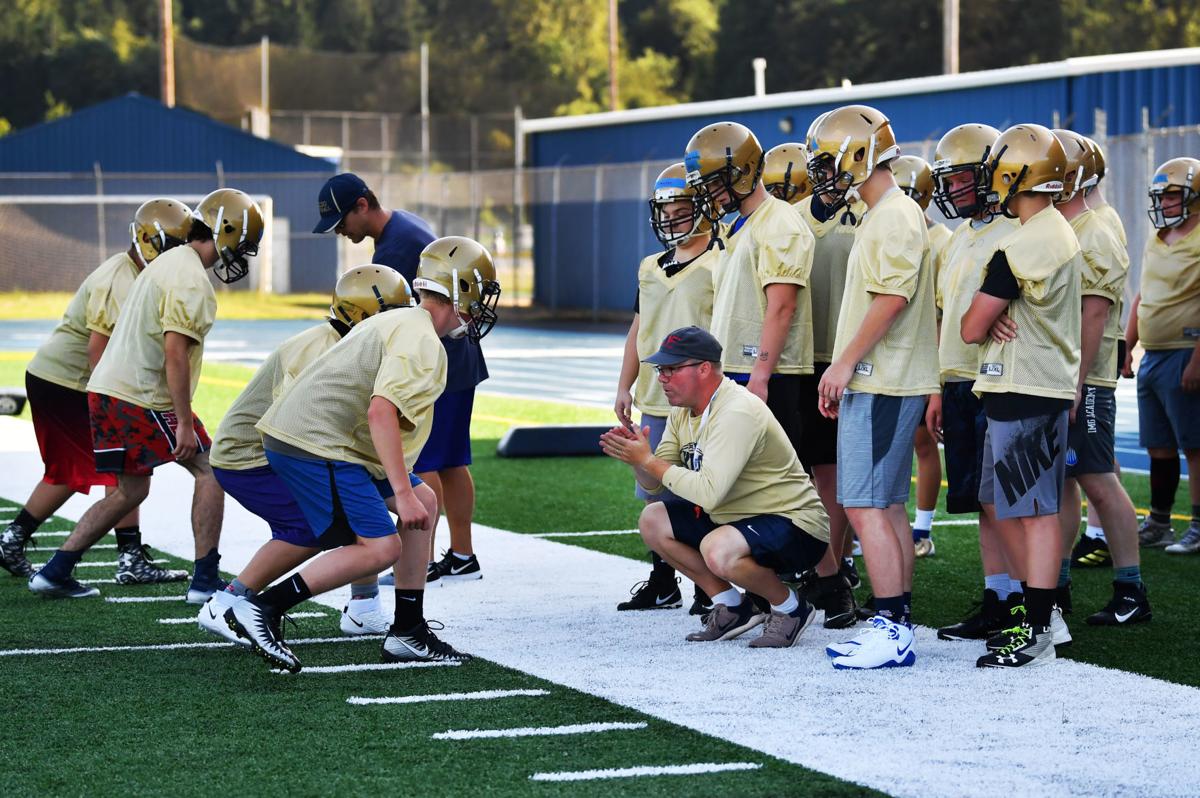 The Kelso High School football team is looking "enthusiastic" on the second day of practices, according to head coach Steve Amrine. 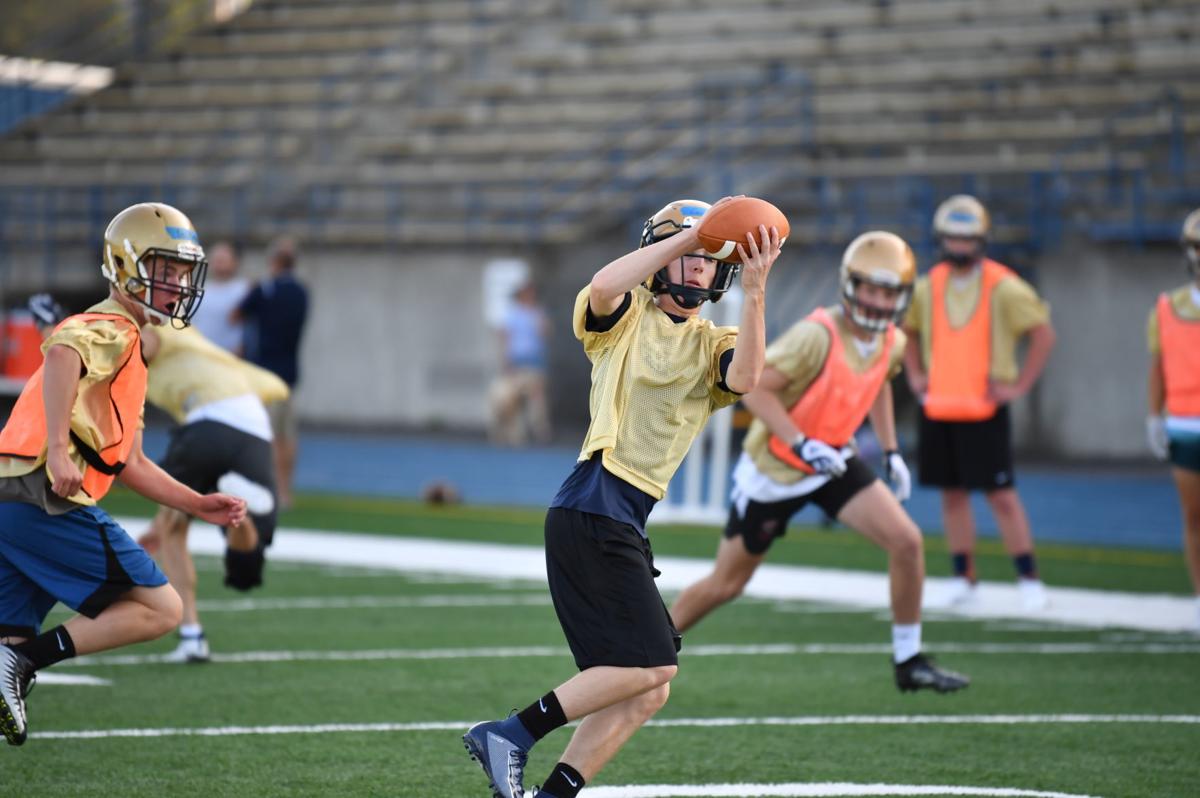 Kelso Highlanders practice catching and running the ball during their first week of practice for the 2019 season.

The Kelso Hilanders have a good problem.

They have a lot of spots to fill, yes. Lots of spots. The entire offensive line graduated after 2018. Kelso needs a new quarterback, running backs, defensive backs, etc.

But coach Steve Amrine isn’t worried, because he has a good problem. He’s got too many competent guys to fill all those spots. It makes choosing the starters a tough call, but any coach would rather have to choose than have his hand forced.

That’s a ton of turnover, even for high school sports, which has turnover built in.

But Amrine isn’t worried, and neither are the players. It’s not like Kelso’s new-to-varsity football guys haven’t ever had any varsity experience. It’s just that most of it came in other sports. Track. Baseball. Basketball. But not yet football, so Amrine is waiting and seeing.

“We’re not void on numbers and stuff,” Amrine said. “It’s a matter of sorting stuff out. Close to 100 kids out. That’s a good thing this day and age.”

Amrine mentioned the need for Jaden Kay, Teagan Connors, Mason Allison to step up. Marshall Coleman takes over at quarterback. Josh Webb steps in to be the primary ball carrier for the Scotties.

There’s also something interesting about coming into a new season with a new group as Kelso is doing.

It, in a weird way, removes some of the pressure. Coming off an eight-win season and a first-round playoff loss to Rainier Beach, Kelso is almost totally refreshing its roster from a year ago.

None of the past results have any bearing on the current crop of Kelso football players. To them, this is their chance to do something for them, as they know it.

It’s a different vibe than bringing back an entire team with sky-high expectations.

“I always feel like we can make a run at the top,” Webb, a senior, said. “It’s always a new team, new chemistry that we gotta work out. But as soon as camp gets started, we’ll get running.”

They’ll have to get running quickly.

Off the jump, Kelso gets two rivalry games: Mark Morris and R.A. Long. The Monarchs have been thinking about the Hilanders all summer, and very soon Kelso’s focus will swing outward after a couple weeks of introspection.

“It’s always a really cool time in Cowlitz County of how we open up the season playing the Monarchs and then playing the Jacks,” Amrine said. “The rivalry, the community and everything, it does create some school spirit with school starting.”

The Kelso High School football team is looking "enthusiastic" on the second day of practices, according to head coach Steve Amrine.

Kelso Highlanders practice catching and running the ball during their first week of practice for the 2019 season.