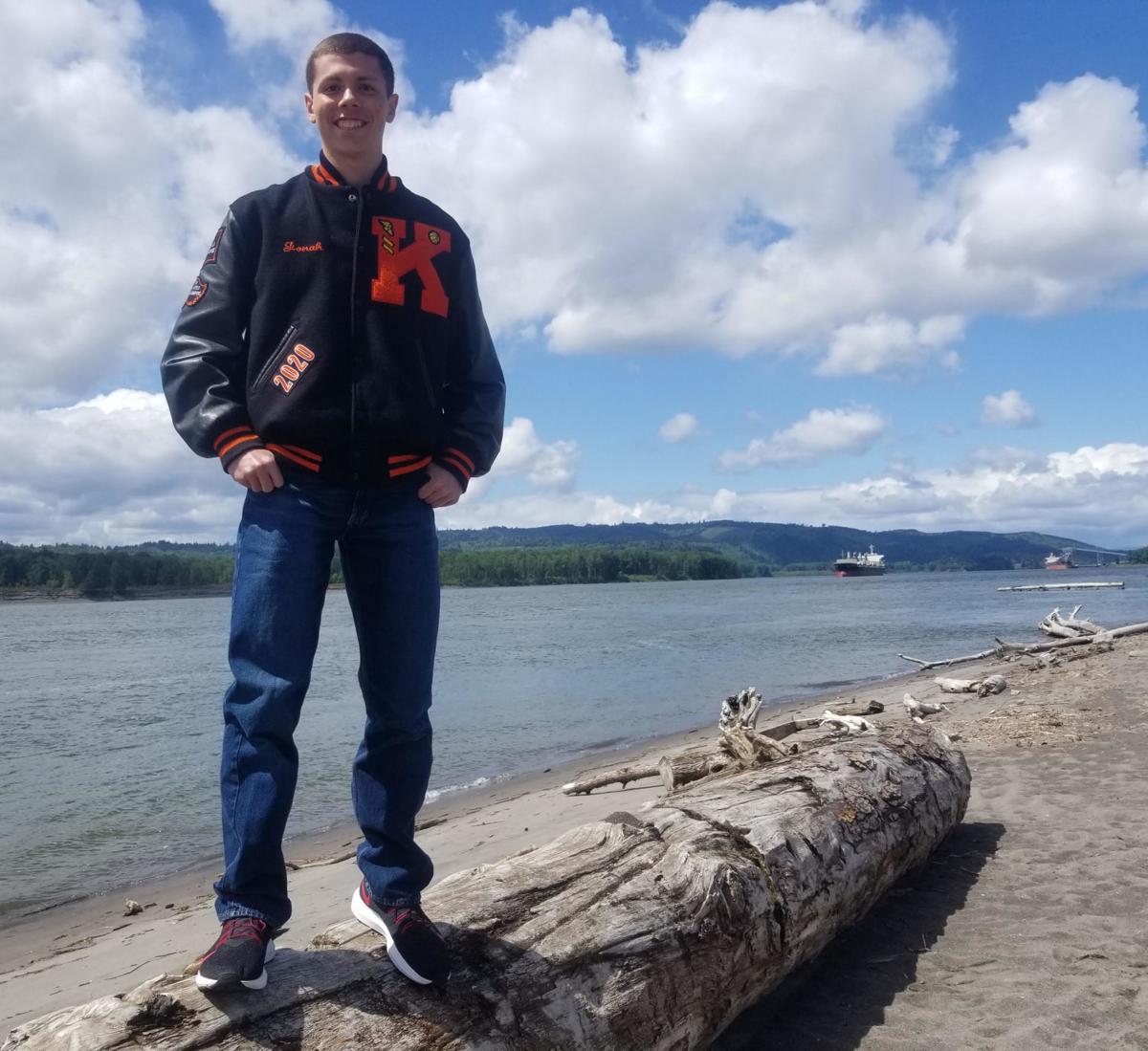 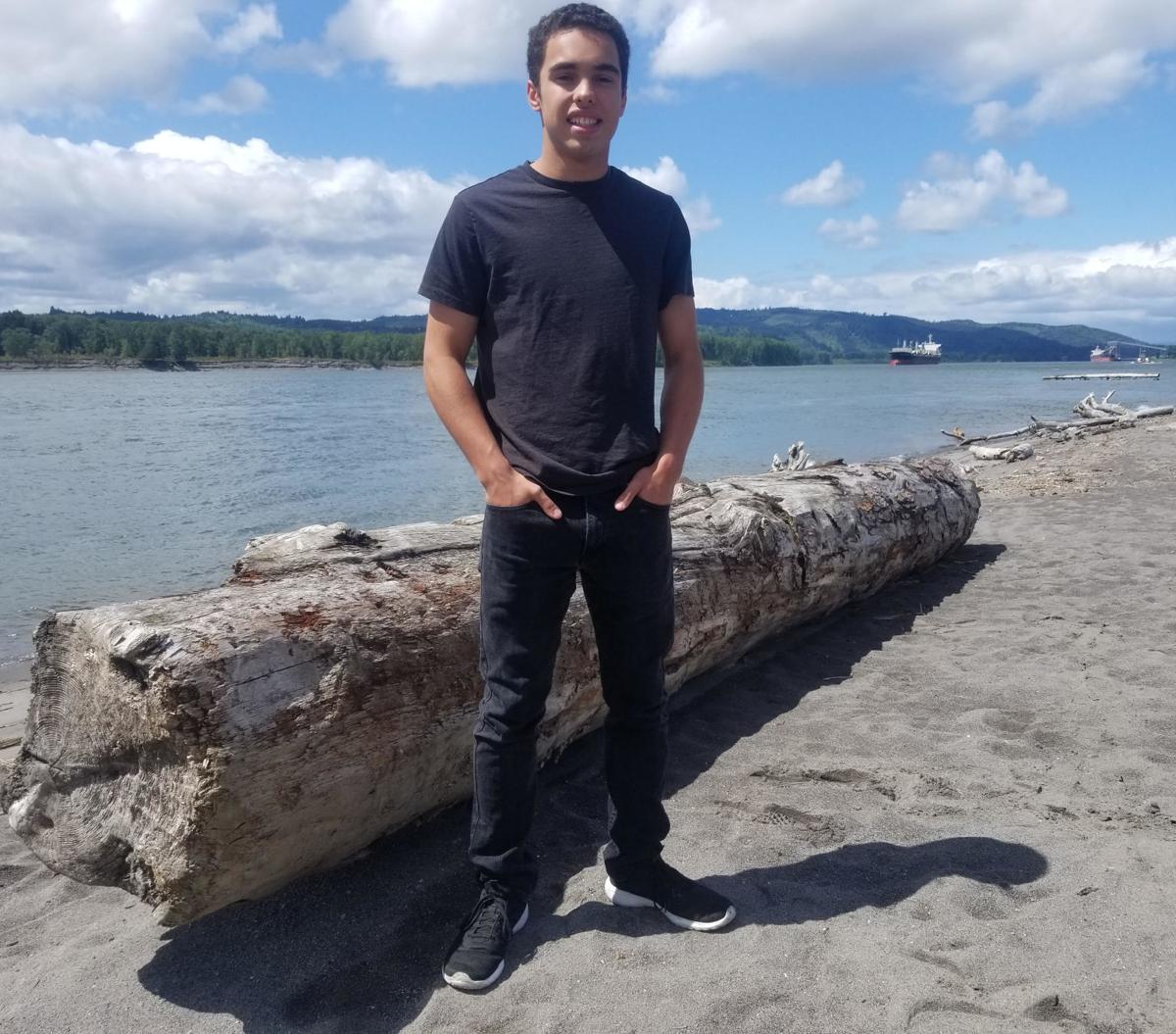 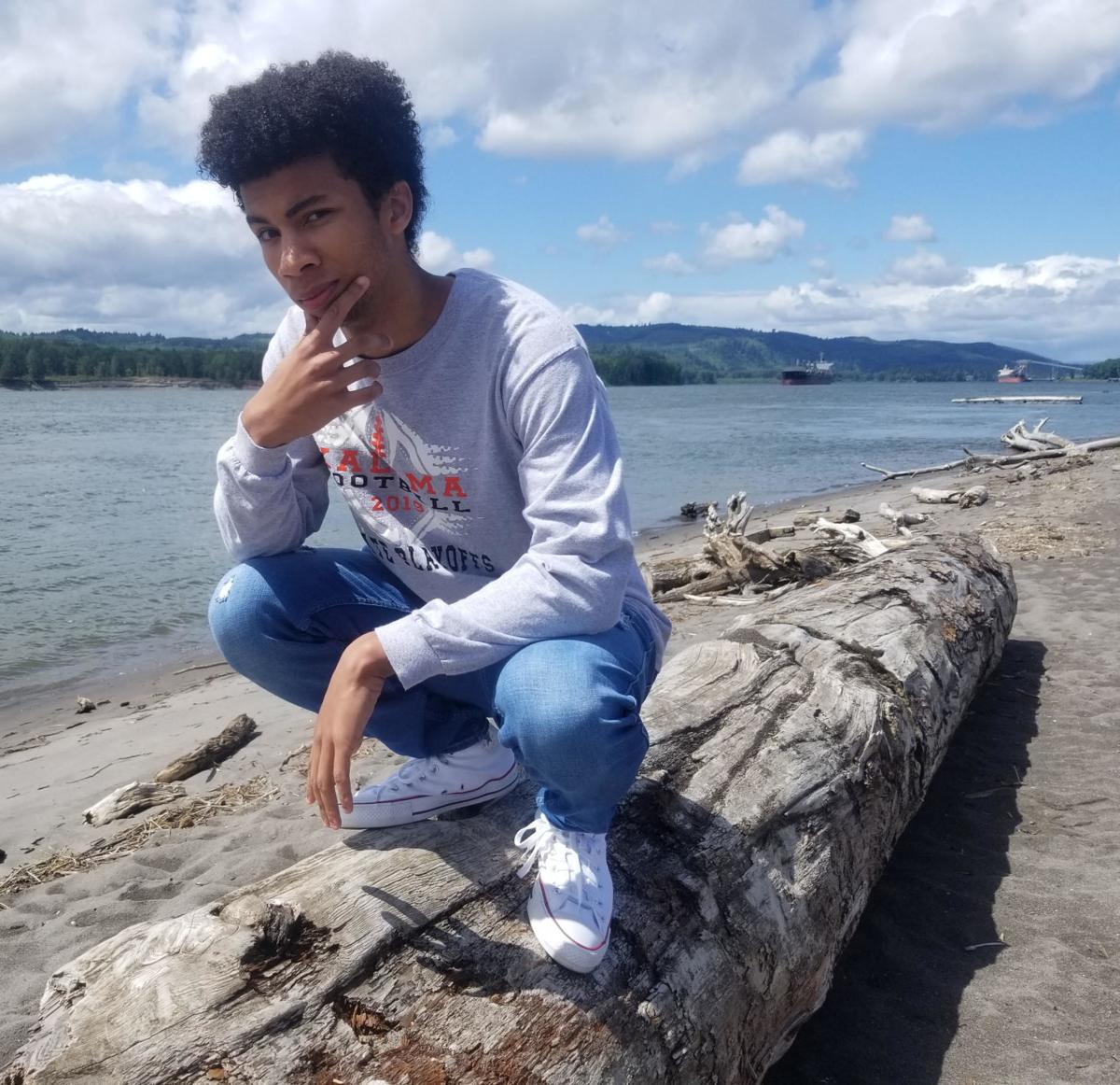 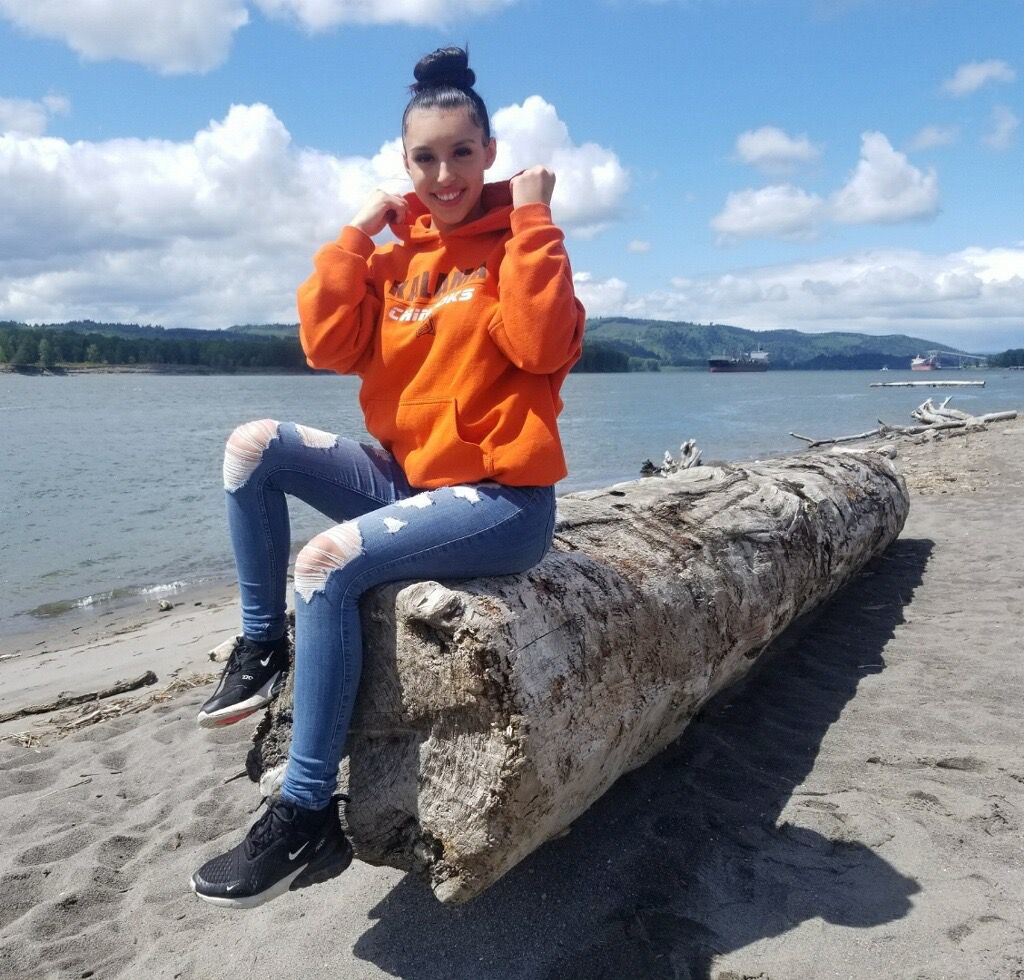 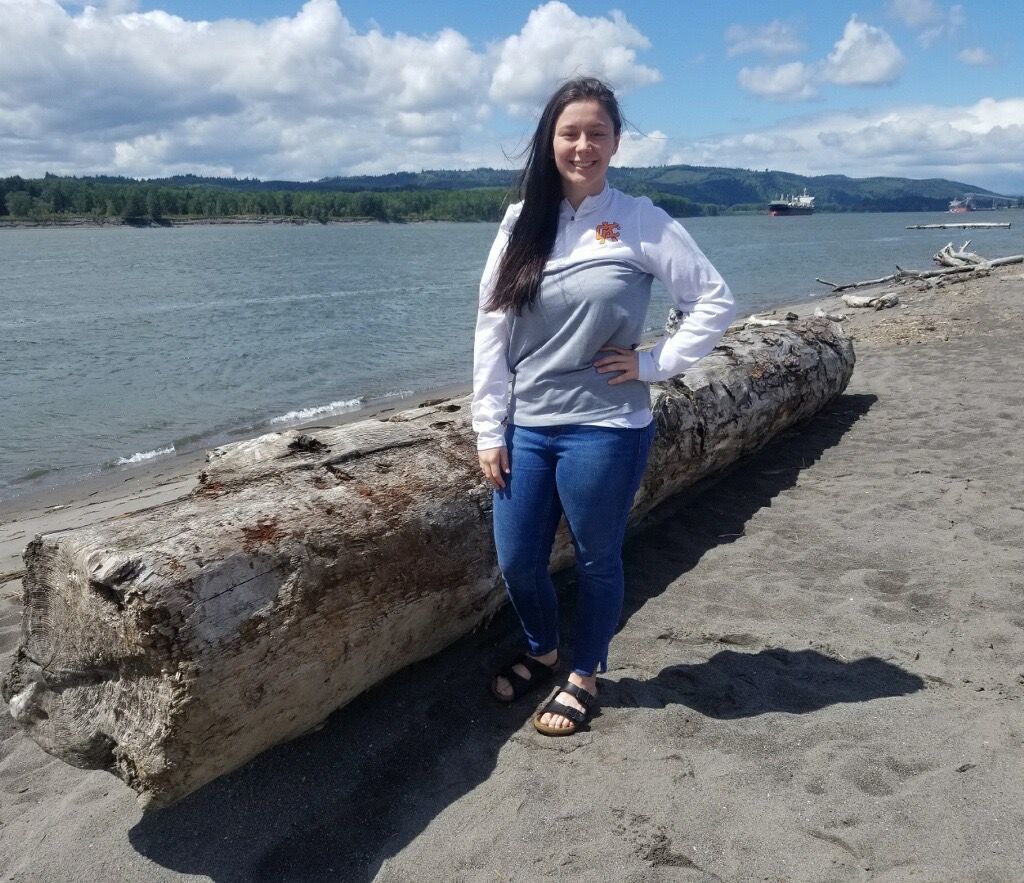 The Chinooks had every reason to be optimistic this spring. With a fleet of talented athletes, including six seniors and a gang of competitors looking to make it back to State, Kalama track and field was primed for another year full of celebratory photos from the podium.

Last season the boys track and field team set the pace in the Central 2B League and placed third at the District tournament. The Chinooks’ girls ensemble finished second in the C2BL and fifth at District.

Both teams were loaded. Everyone had put in the work. Everyone had committed to improving. All that was left was to run the races and huck the projectiles. But we know those challenges will forever go uncontested because you can’t outrun a virus and you can’t spike it into submission with a barrage of javelin spears, either.

“I really think our boys had a shot at placing in the top three as a team at state this year,” said Kalama track and field coach, Emmy Hodges. “We had girls go too but the boys had a solid group where it was obvious they were going to place this year.”

Jonah Lucente was one of those returning state placers with a seventh place finish last year in the high jump (5’10”) as a junior after barely missing state as a sophomore. Hodges expected to see that high mark improve and noted that Lucente also had a shot at state in the hurdles.

“Jonah will literally be the last one to leave practice every single day. Sometimes it would be like, ‘Jonah, I need you to close up the high jump pit because I need to go home,’” Hodges laughed. “He’s been a hard worker since his freshman year and he wanted to go back to state so bad.”

Caleb Jones, another senior, was another Chinook who could compete on multiple fronts. A drama program participant when he’s not out on the track, Jones ran the 110-meter hurdles, the 400-meter race, and the 4x400 relay.

“He’s pretty well-rounded,” Hodges said. “He’s pretty good about letting us put him wherever he needed to be. He’s fast and he’s versatile.”

Richard Beverage was another Kalama senior with big aspirations this spring. His favorite event was the 4x100 relay, but he also ran 110-meter and 300-meter hurdles, the 400-meter race, and the 4x400-meter relay.

“I’m sad for all of the seniors but I was really sad for him because this was going to be his year for state, for the whole thing,” Hodges said. “He’s a leader. He’s a hard worker. He was up there in the winter even when we couldn’t coach him.”

Hodges noted that Beverage took to hurdles almost overnight and placed fifth in state as a sophomore before placing third last season with a pair of seniors ahead and behind him in the standings. Next year, Beverage will attend Clark College and run for their track team but this year he was supposed to set a school record in the hurdles. Hodges believes he likely would have been pushed over the top with help from new hurdles coach (and current record-holder), Jared Neiman.

“He’s one of those kids you wish you had more of as a coach,” Hodges said.

Paige Peak was set to spend her fourth year in the Chinooks track program tossing the javelin again after placing eighth at state last season. This time around, though, she was poised to aerate the turf further down the field after spending significant time working with Bob Stewart, the founder of the Kalama track and field program whom Hodges refers to as “the javelin god around here.”

“She really made a ton of improvement last year. Halfway through (last) season she just came out of nowhere and threw a PR, and then threw another PR at Districts,” Hodges said of Peak. “I had full confidence that she’d go back to state this year and medal again.”

After a year off from training Monique Cornell returned to the Kalama team this season as a senior looking to pick up where she left off as a sophomore when she was on the state 4x100 relay team.

Another senior trying to find a way back to state was Tucker Halbert. In his junior campaign for the Chinooks Halbert placed second in state in the pole vault with a PR of 13 feet that was just three inches away from the top spot. As a sophomore he placed seventh in the event and as a freshman he placed eighth, so it’s not difficult to imagine Halbert at the top of the podium at season’s end if things hadn’t gone sideways instead.

“We were talking on the phone and he was so bummed. He said this was the year he was going to go for first place,” Hodges said. “He’s another kid who wanted to succeed.”

The boys team also featured a pair of state placing javelin throwers in Nate Anderson (3rd) and Max Cox (7th), as well as Addison Smea who placed fifth in the 3200 and 7th in the mile, and Justin Tucker who was a state qualifier in the 4x400. The girls team also included athletes like Bethany Lozier who placed 6th in pole vault last season, Melanie Martinez, who placed 8th in the 100-meter dash, and a 4x200-meter relay team consisting of Ruby Jackson, Kailey Shipley, Brooke Milahov, and Martinez which placed 7th in state last spring.

Hodges is hopeful that the year off won’t turn her squad of go-getters into a mound of couch potatoes.

“Talking to some of the kids they miss that sense of community and their friends. I’m a teacher too and I notice that too, even if they don’t like school they really do like routine,” Hodges said. “While I like being home in sweatpants and relaxing I’m also ready to be back out there. They just can’t get that when they are home and that’s a very special part of sports.”