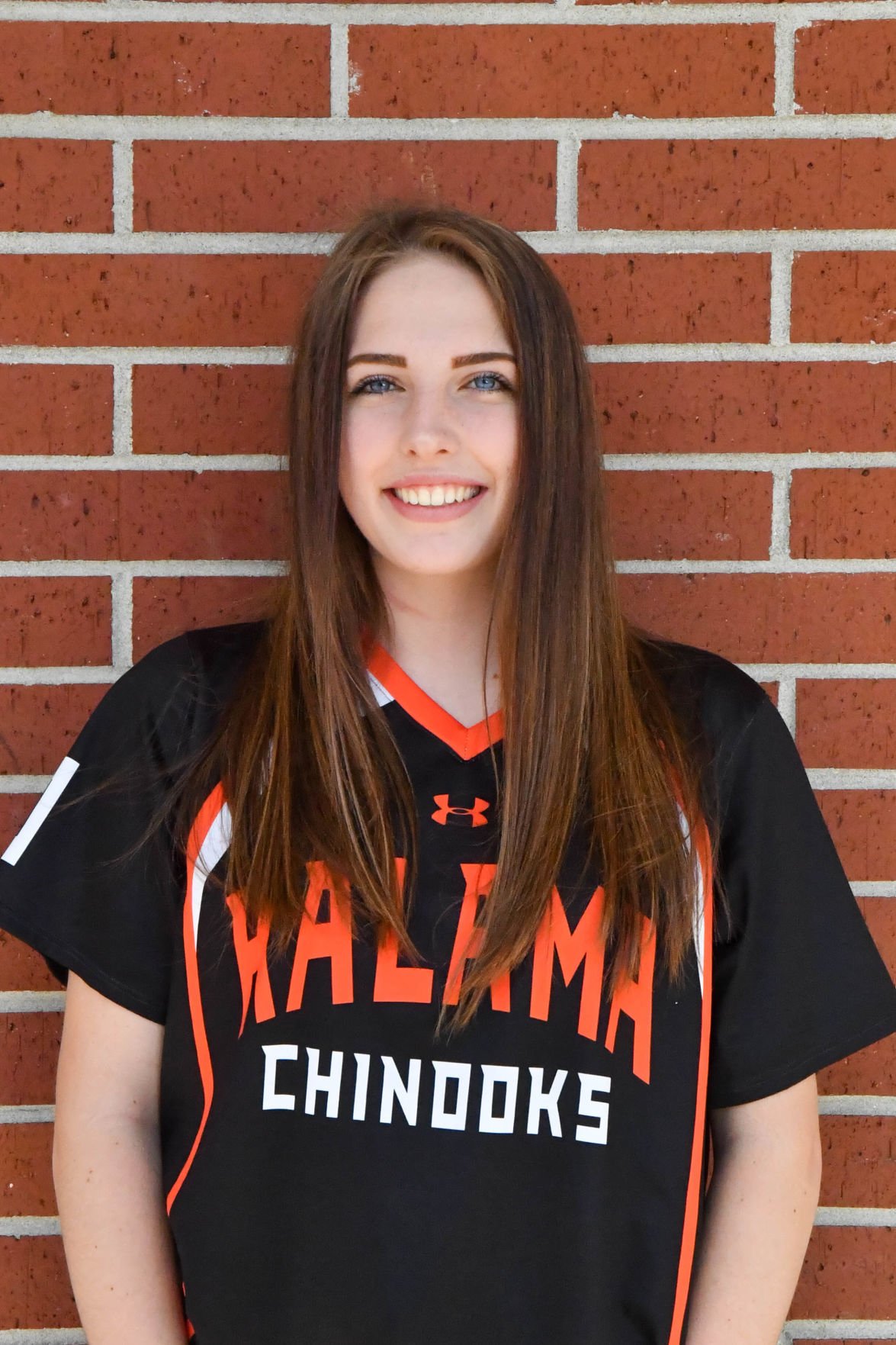 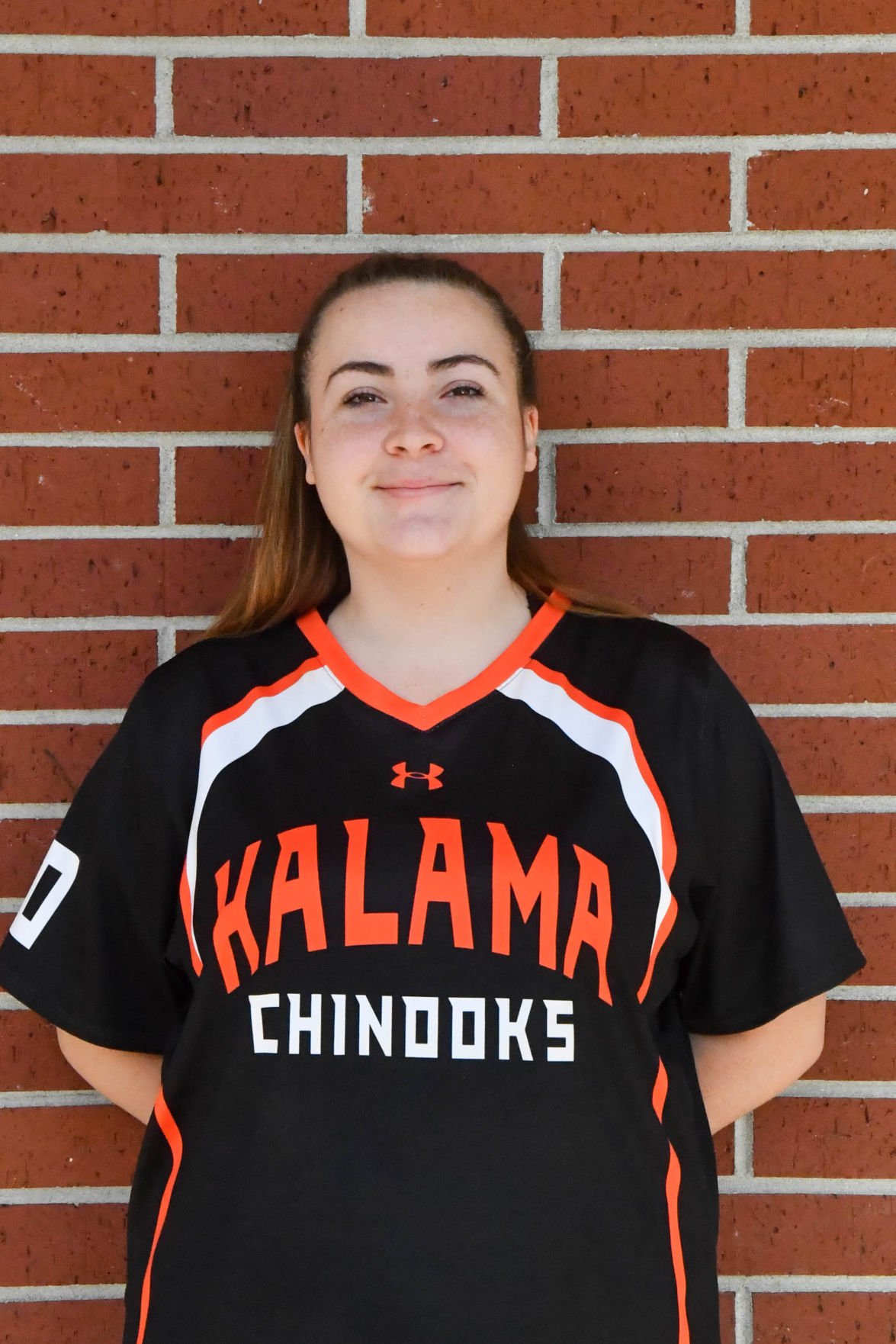 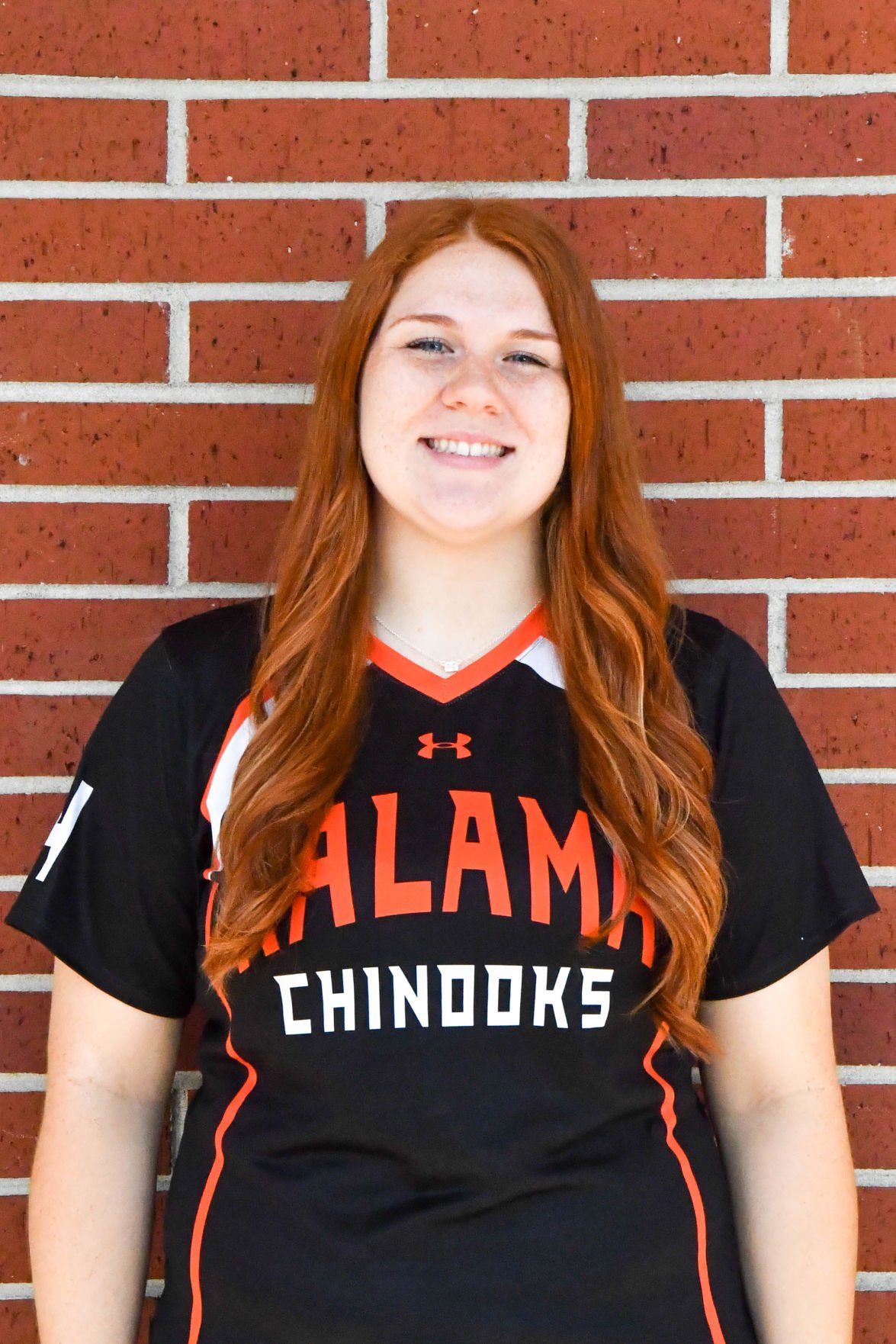 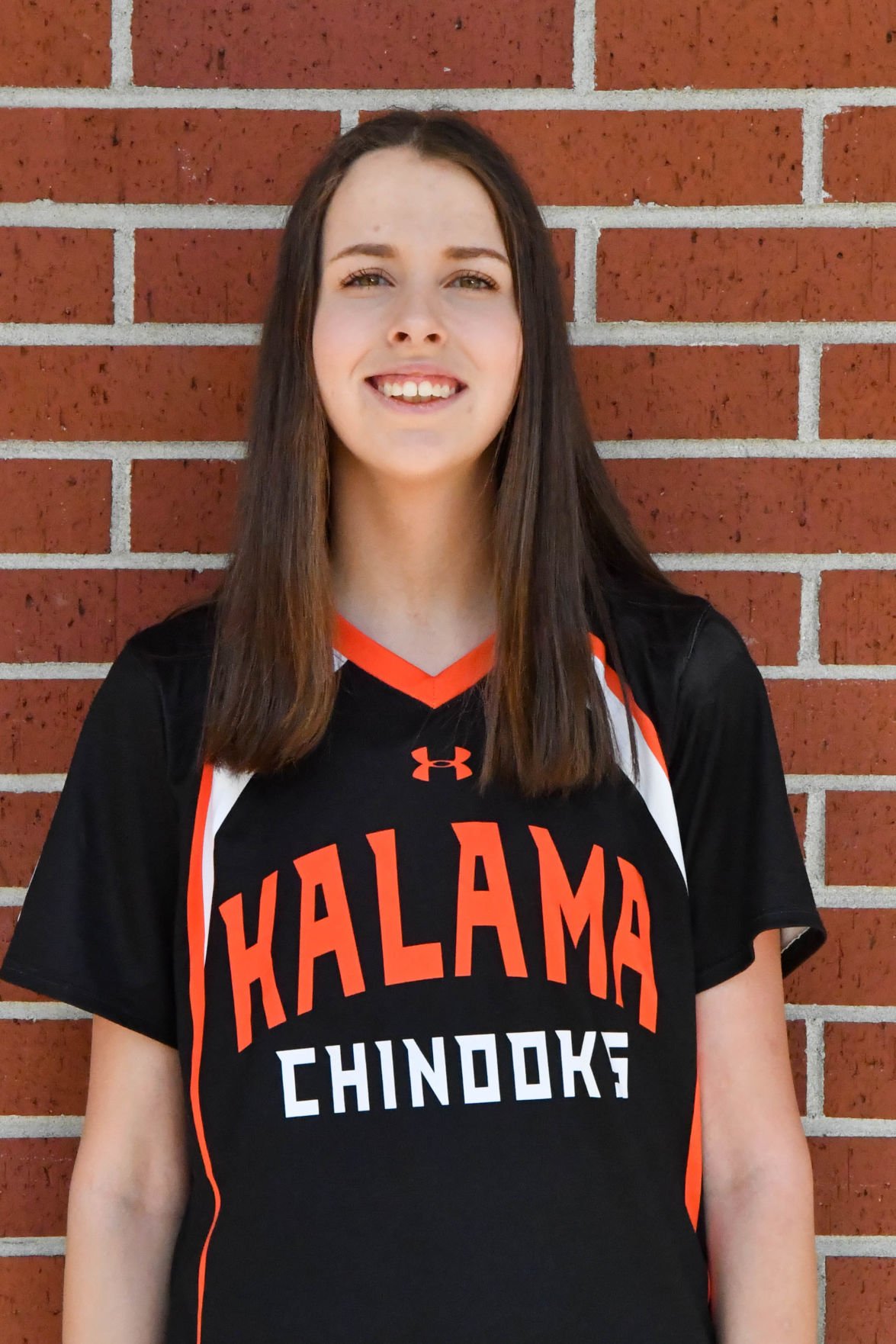 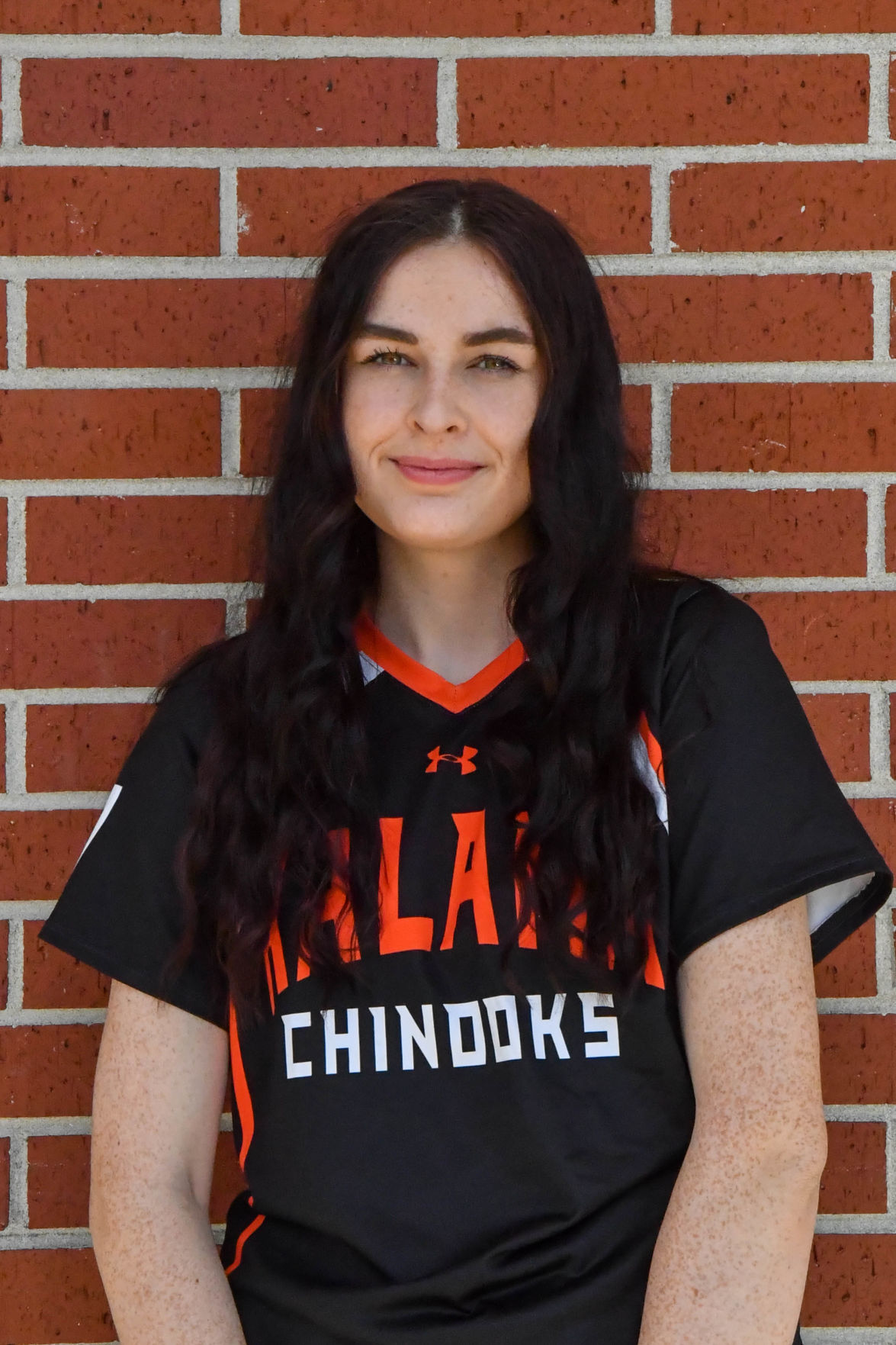 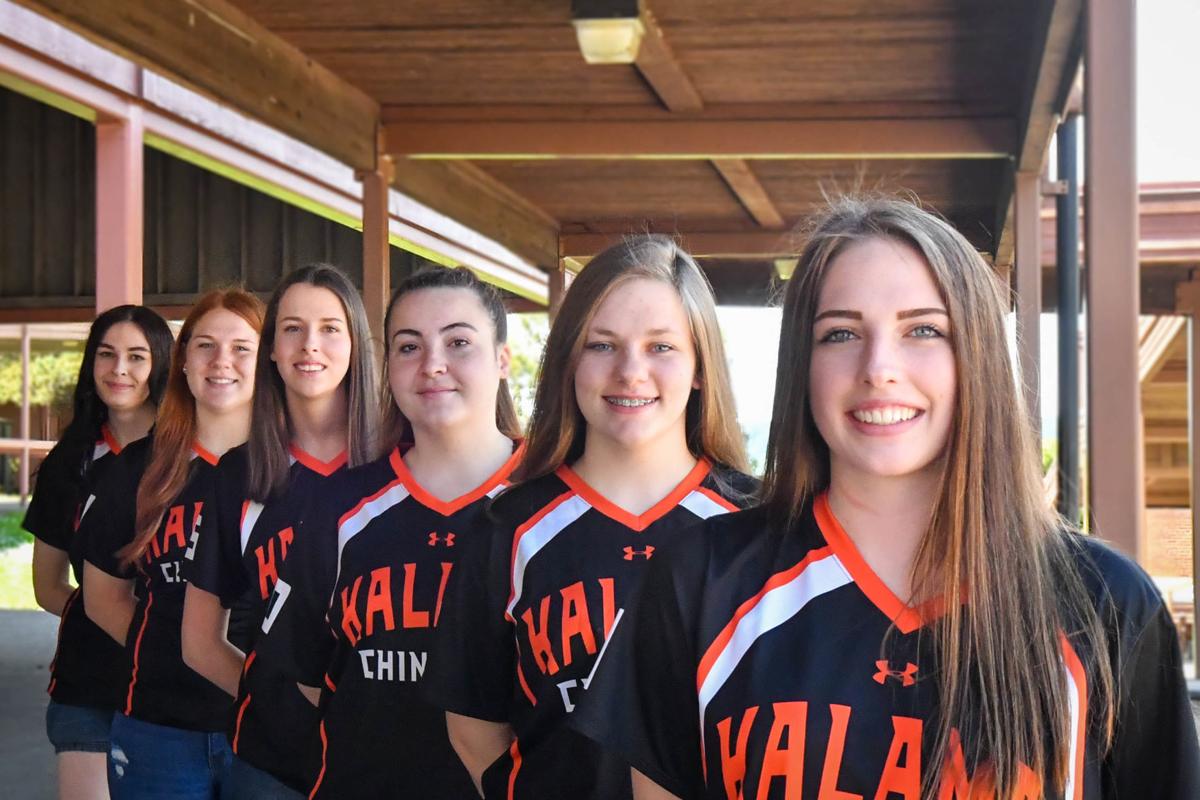 The Kalama softball seniors pose for a photo at Kalama High School. 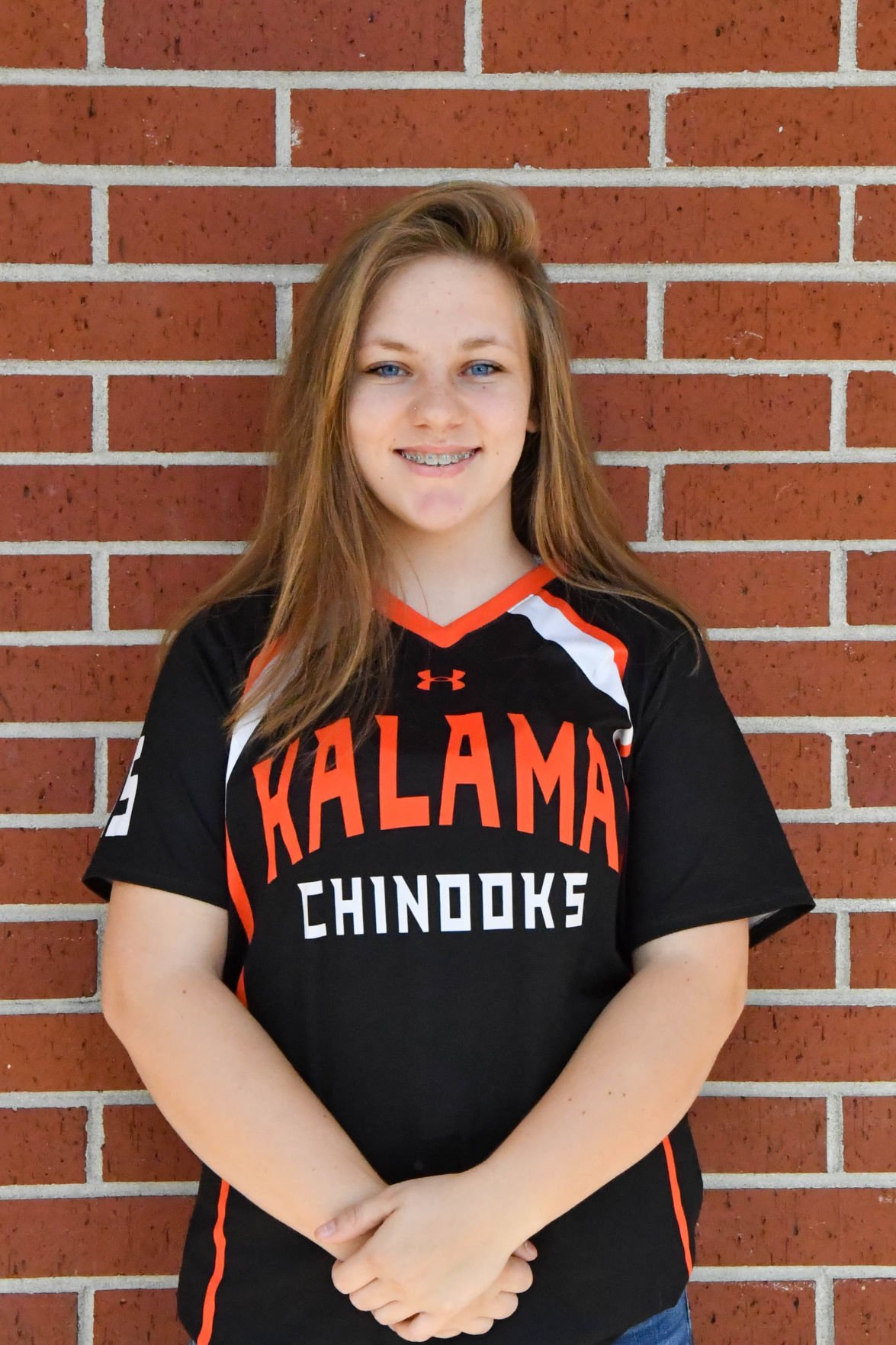 Darren Sanders is the first to admit that his inaugural season at the helm of Chinooks softball was not a success by normal metrics. After all, Kalama finished the season without a win and dead last in the Central 2B League.

Still, if you look closer, there’s an undeniable big win for the Chinooks buried in all of those scores. For Sanders and the rest of the Kalama softball program, it was an upset simply to play their first game, let alone to log a loss in their regular season finale.

That’s because Sanders took over a program that brought just seven players to the field on the first day of practice in 2019. On top of that, only four of the players who wound up turning out had any previous playing experience at all.

However, given all of that preamble, the losing still didn’t go down easy for Sanders.

“Honestly, I don’t ever like to lose so we’re always looking to knock off everybody,” Sanders said.

After losing just one senior and returning all nine starters for another spin on the diamond the Chinooks skipper liked his team’s chances of a big bounce back year.

“It was a very positive note coming into this season until everything happened,” Sanders said. “It’s especially sad for the seniors because they don’t get to play another game and see what might have happened.”

Abi Meyer was going to be a mainstay on the field as a utility infield/outfield hybrid, Jaycee Griggs was going to dig it at first base, Alexis Daschmitter was going to pivot between second base and shortstop, and Lily Nichols was going to patrol left field. Meanwhile, newcomers Megan Nixon and Destyne Huffman were going to hold down the hot-corner, and a pitcher/first base platoon, respectively.

“Our seniors do very well with helping where they can with the younger kids coming up,” Sanders said. “They help run the drills that they already know that I’d put in the year before and just kind of the flow of what needs to get done.”

And there are plenty of those younger players who would have benefitted from a year of tutelage from Sanders and the seniors. After starting with just seven players last year the Chinooks added an entire new lineup to the ranks this year with 17 players at practice over the season’s first fortnight.

“Really, moving forward, that’s what you want is our seniors helping out with our freshman and younger players and teaching them what we’re looking for,” Sanders added.

There were as many as seven eighth graders out for Kalama this year and the numbers excited their second year coach, even if he wasn’t quite sure what exactly he had to work with just yet. Other promising youngsters include the freshman starting battery of catcher Rhegan O’Neil and pitcher Kendal Collins. Sanders expected O’Neil, Collins, Kaschmitter, Huffman and Griggs to settle in at the top of the batting order with the rest of the Chinooks slugging it out for top seeding after that.

No matter how things would have shaken out in the C2BL this year, Sanders has already gained the perspective required to see an opportunity squandered.

“With me coming into the program there wasn’t a lot of experience there. We don’t have a lot of returning players. It’s a rebuild of the program there,” Sanders explained. “Realistically I think we would have been pretty good coming into the season this year. My goal was to have a positive, winning season, which I think we would have been able to do with all the young girls coming up.”

Kelso Track & Field: On your mark, get set, go home

The Kelso track and field team was set to have another outstanding season before everything went sideways.

The Kalama softball seniors pose for a photo at Kalama High School.