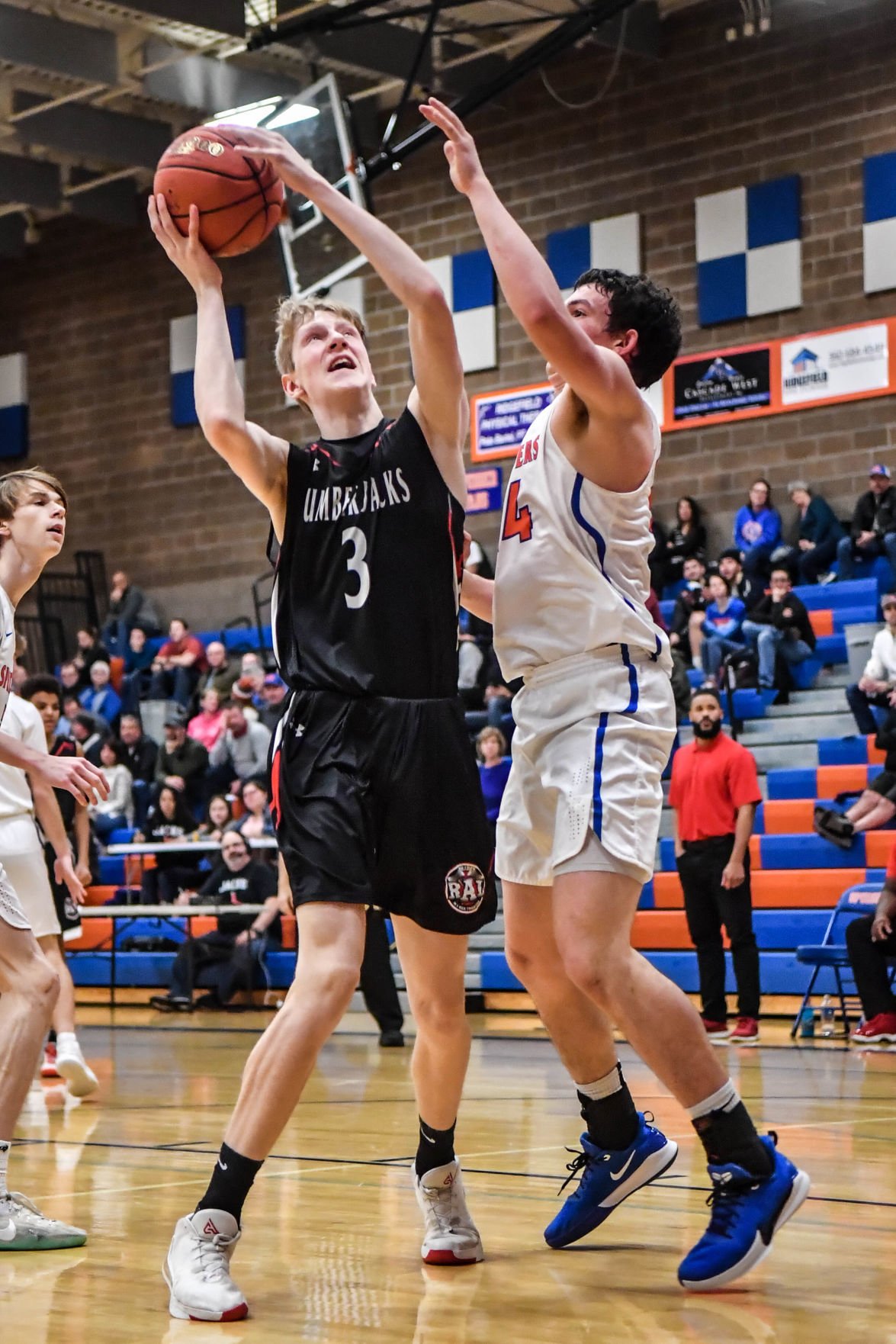 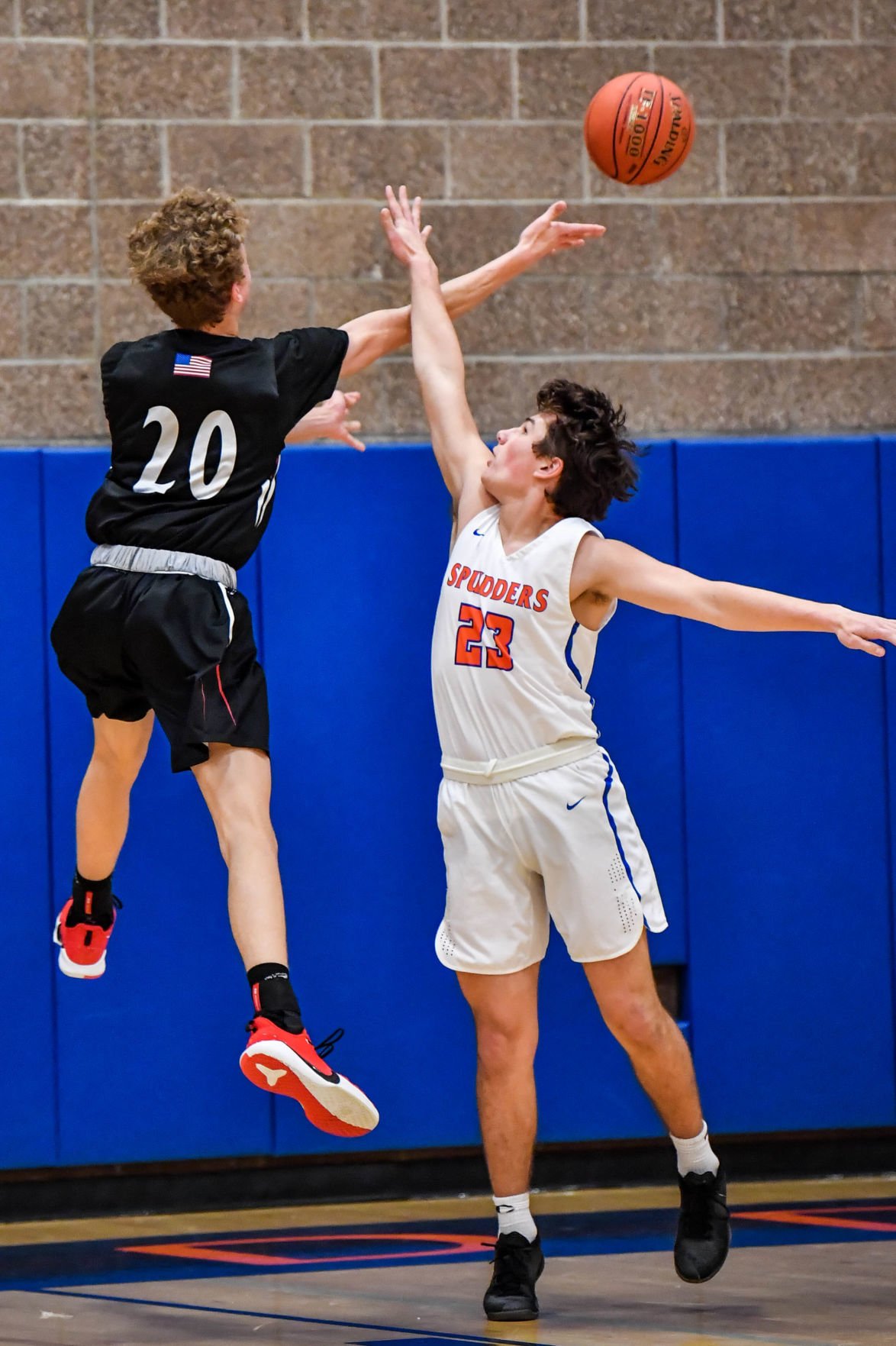 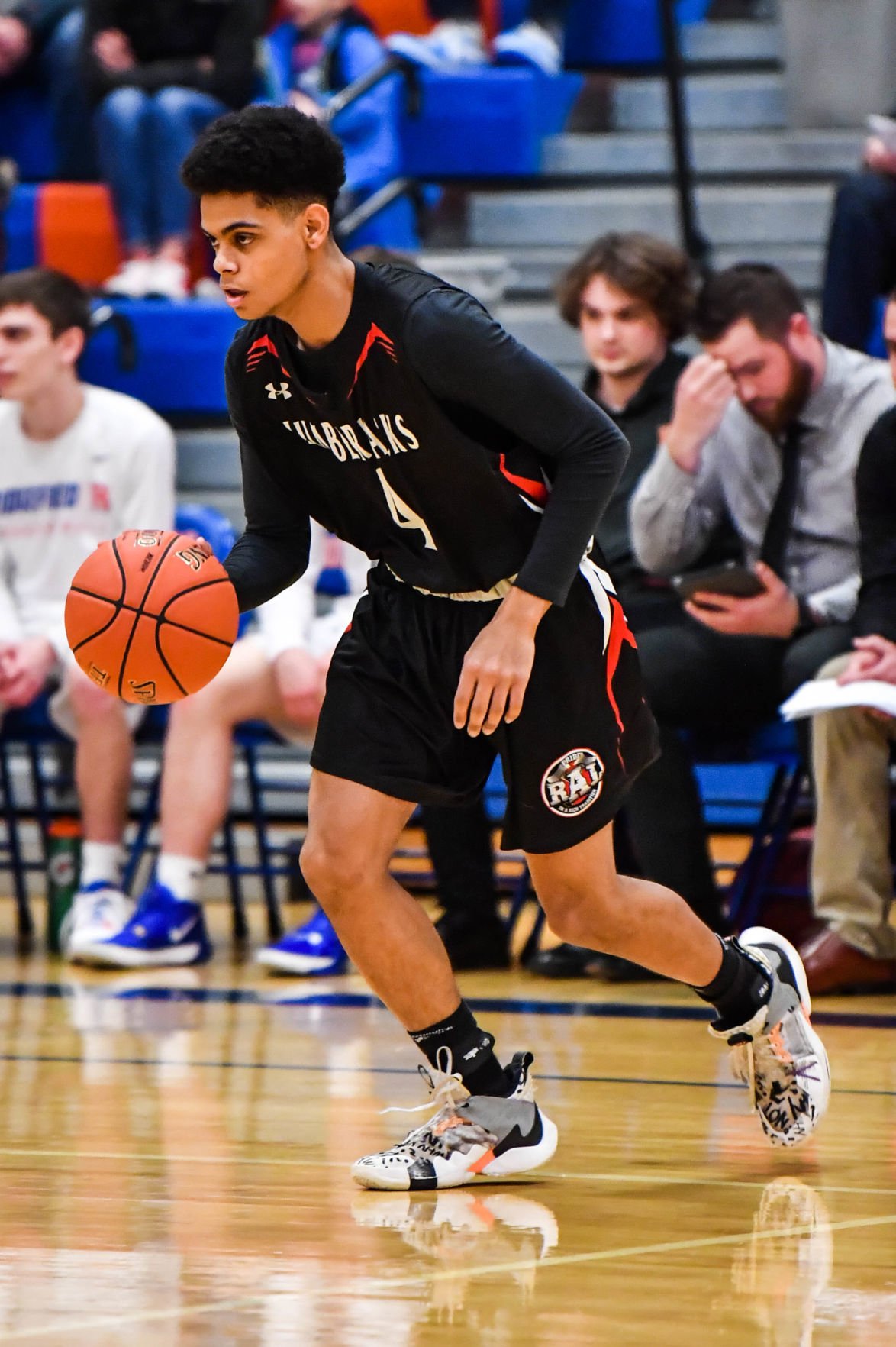 Cameron Holden (4) dribbles across the court. 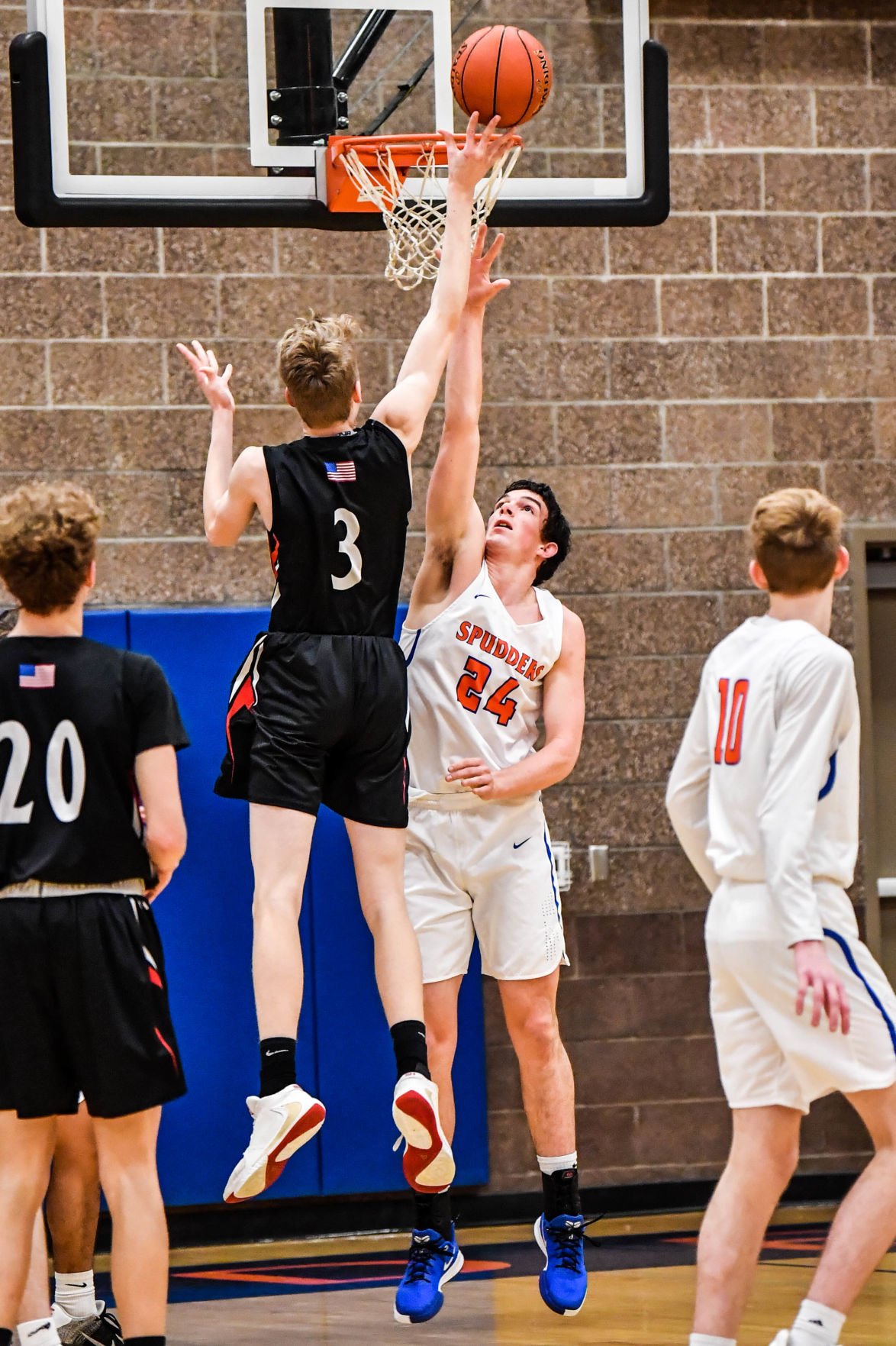 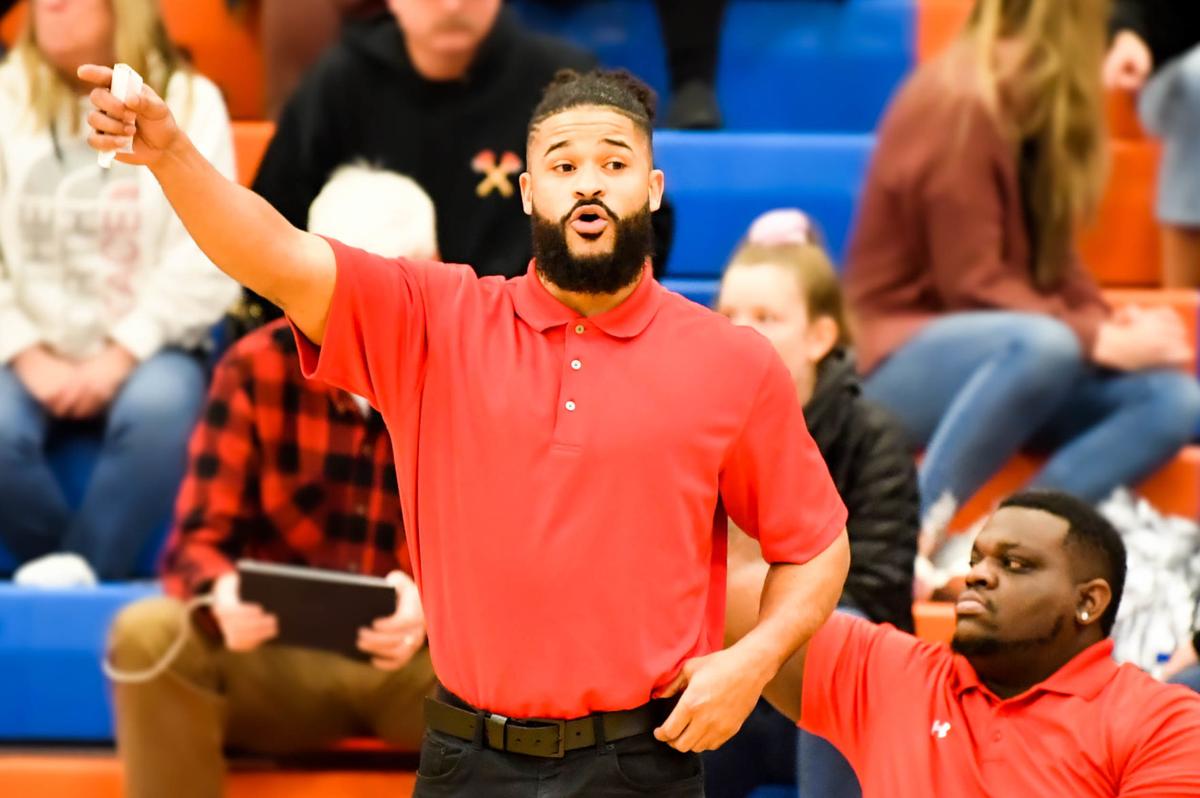 Caoch Jeray Key directs the boys on getting past the Spudders defense. 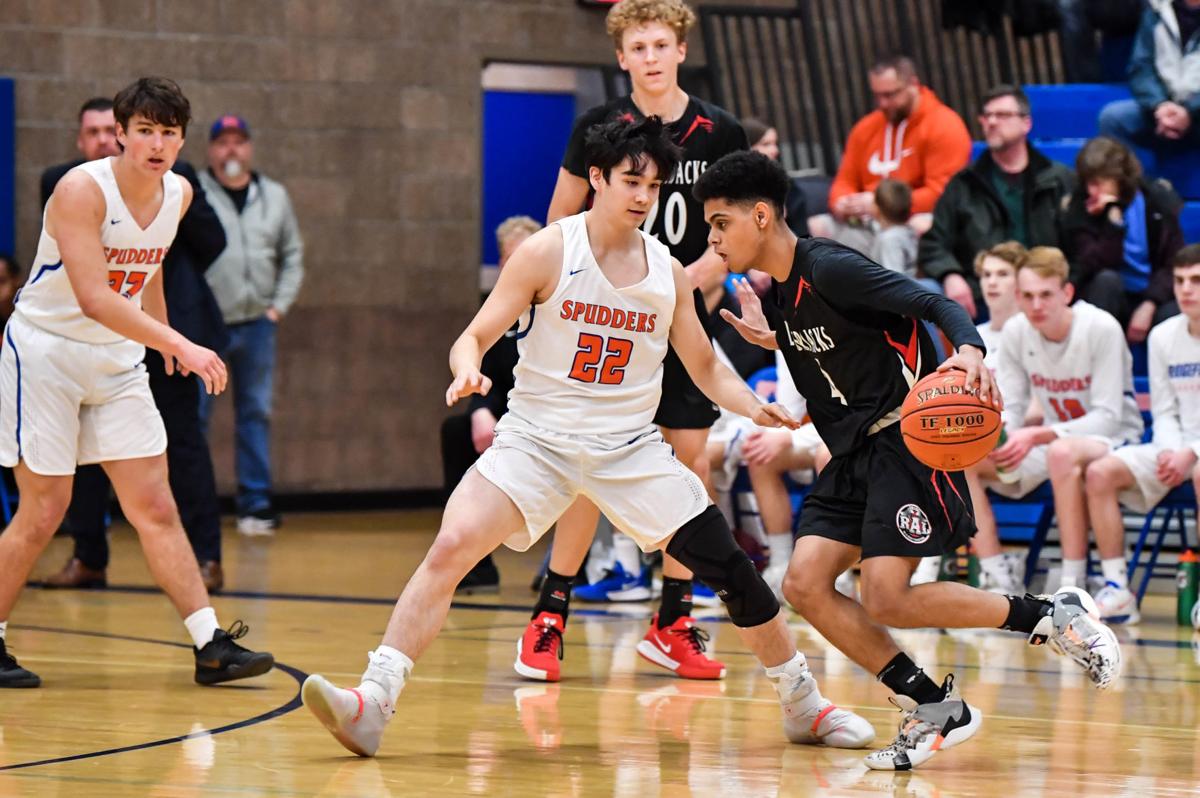 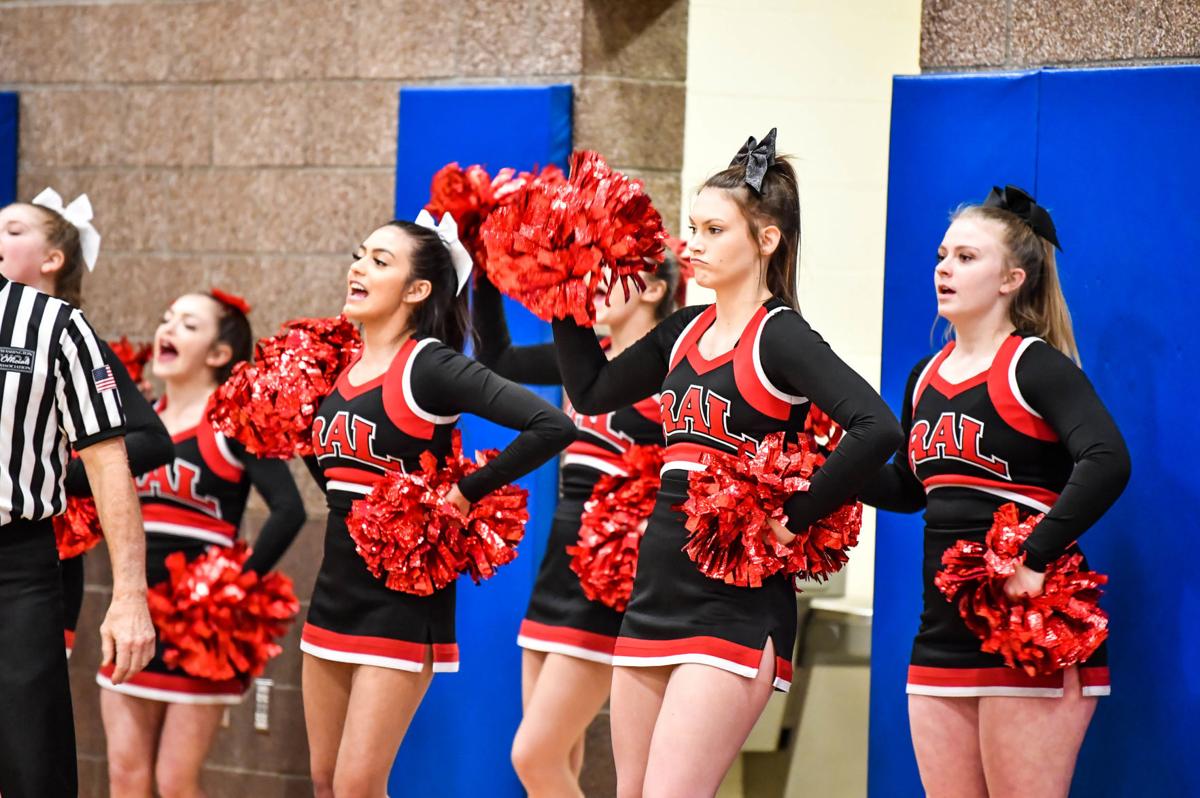 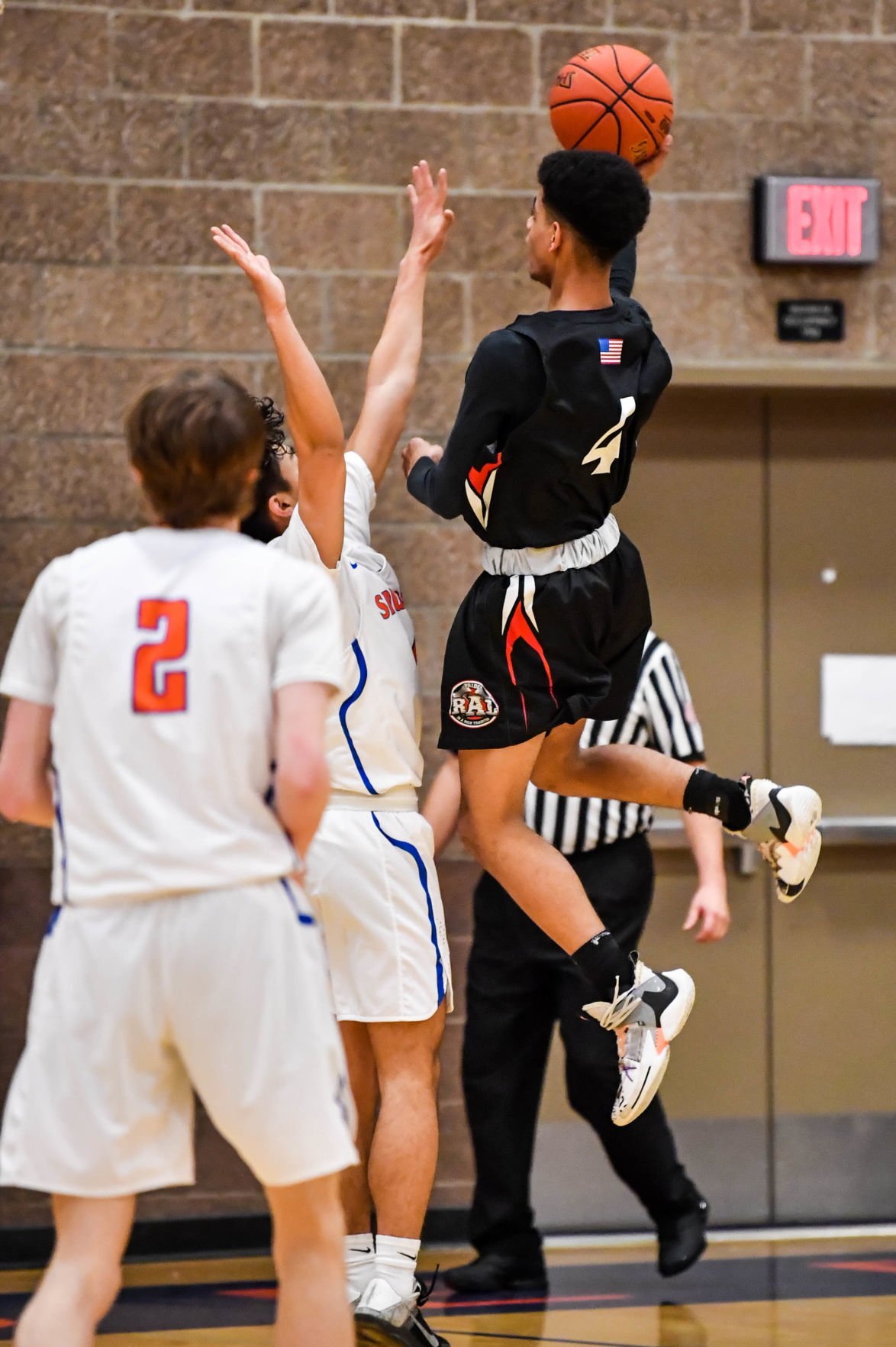 Cameron Holden (4) leaps up for a shot. 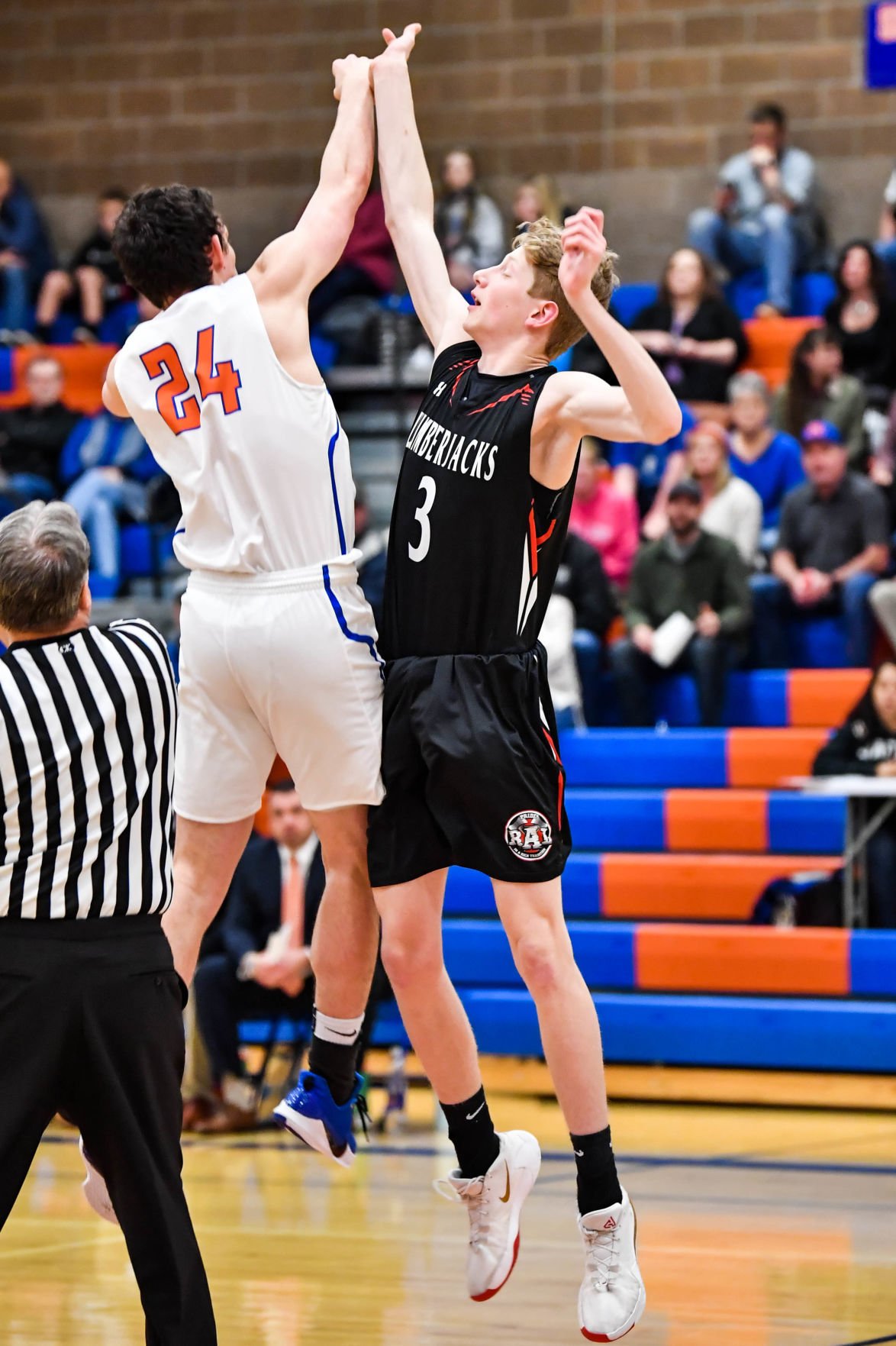 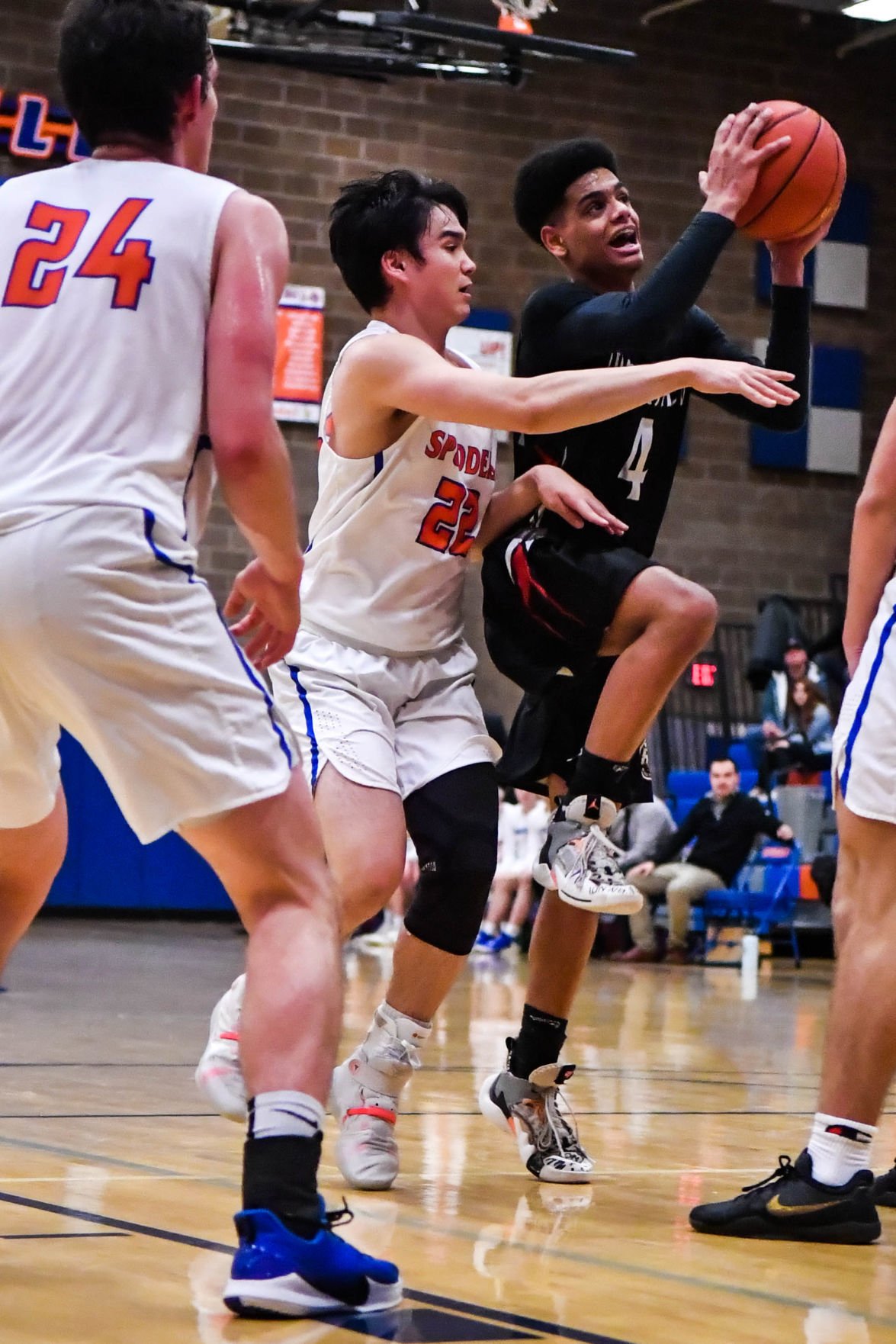 Cameron Holden (4) pushes through Cole Fulton (22) as he goes in for a basket. 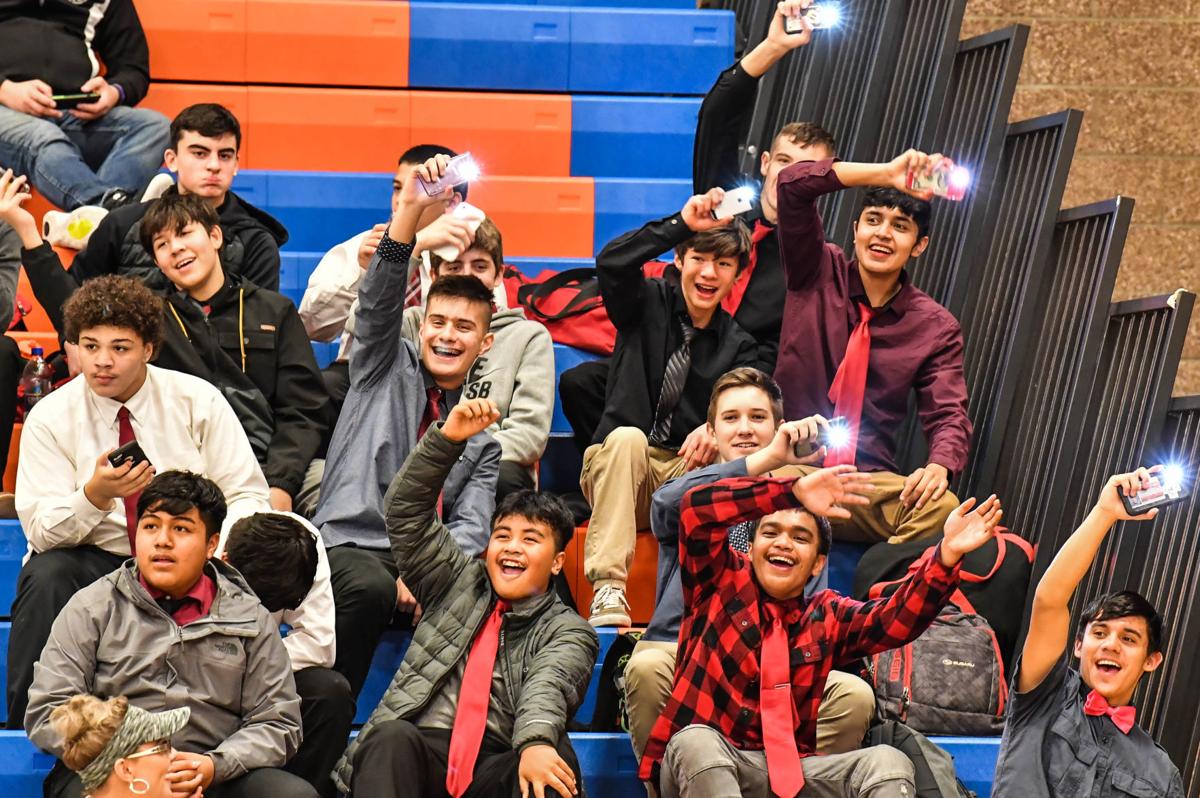 The small group of Lumberjack fans wave their phone flashlights in tune with the Spudders pep band.

Cameron Holden (4) dribbles across the court.

Caoch Jeray Key directs the boys on getting past the Spudders defense.

Cameron Holden (4) leaps up for a shot.

Cameron Holden (4) pushes through Cole Fulton (22) as he goes in for a basket.

The small group of Lumberjack fans wave their phone flashlights in tune with the Spudders pep band.

The Lumberjacks put up a strong fight against the Ridgefield Spudders, but ultimately crumbled 61-48. The Jacks moved the ball across the court with speed and precision but it wouldn’t stay in the hoop.

Many of the shots Cavin Holden took would sweep around the rim before slipping out and making the small group of traveling Jack fans sigh.

“We didn’t get off to a very good start there,” Lumberjacks coach Jeray Key said. “We weren’t making shots, well we gave up a lot of easy baskets in the first half. We gave up 27 points but 14 were layups.”

Cameron Holden pitched in with 10 points and Aaron Ofstun continued his development, adding 9 points and 9 rebounds.

Cavin Holden lead the Jacks in scoring, despite the ball not sticking in the basket. He sank 17 points from three 3-pointers, two 2-pointers and four free throws.

“We just need to rebound but if we would have boxed out and got offensive boards we would have won this game,” freshman guard Cavin Holden said.

Due to a game Monday, the Jacks only had one practice before facing the Spudders. Their last outing was a close battle ending in 49-46 loss to Woodland on Monday.

It makes sense. It’s a Monday-Wednesday-Friday week, which isn’t easy. When the Jacks do return to the practice floor, however, Key is intent on focusing on rebounding and boxing out, which was lacking Wednesday night against the effort-filled Spudders.

“It was really just a walk through,” Key said of Tuesday’s session. “Our goal was to box out a little bit better and I thought we did alright but we still got to box out better and be more physical.”

Jadon Williamson was solid inside for the Jacks, finishing with 8 points and 3 boards. Both Jake Anderson and Jamond Harris hit 3s.

Cavin Holden said the team had been working on offense but need to switch gears.

“We are going to work on boxing out and our zone defense, (and) our man-to-man pressure,” Cavin Holden said.

Key said he wants the team to stay strong offensively but will work on boxing to stop opponents from scoring.

“I can’t fault their effort,” Key said. “They gave 100 percent the whole time, the ball just didn’t fall our way.”

Stay tuned in to the latest hit TV shows and more directly from your inbox.