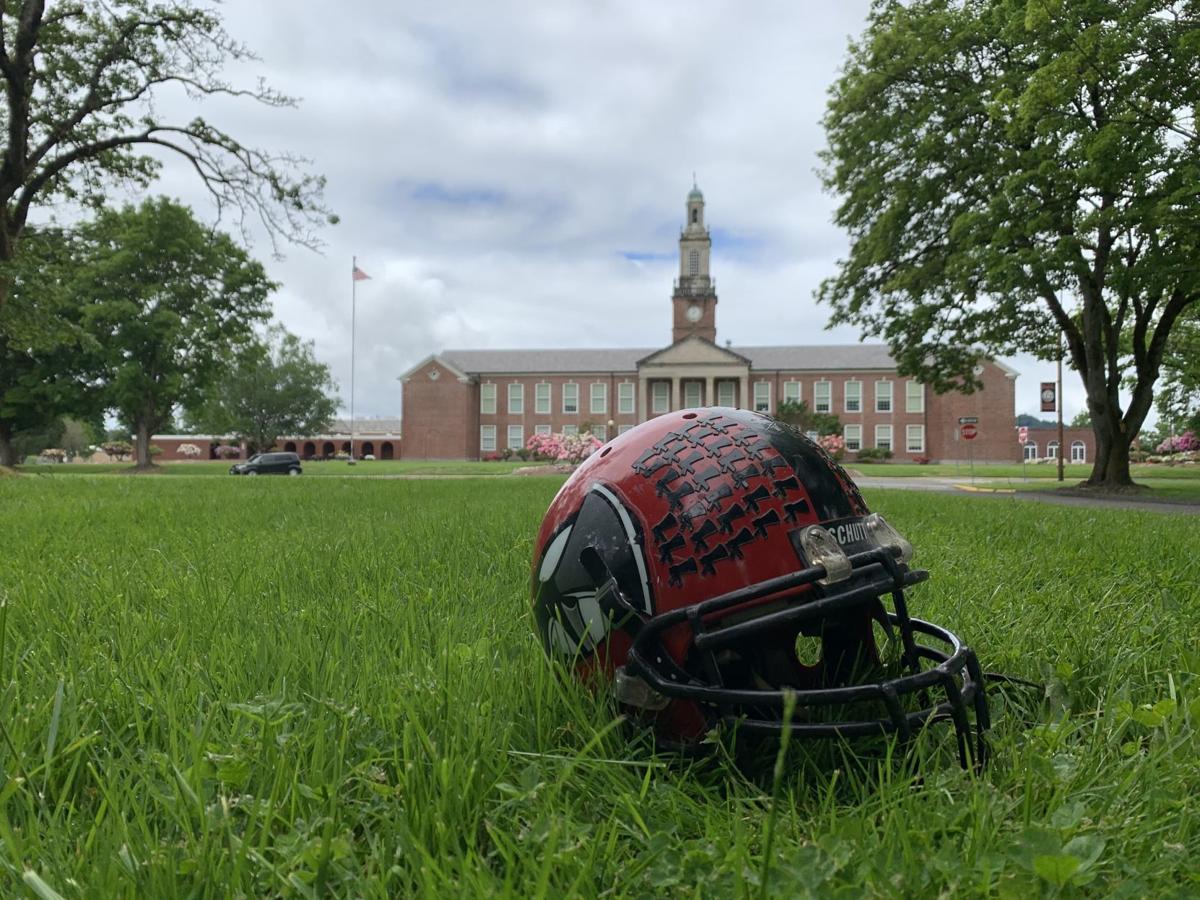 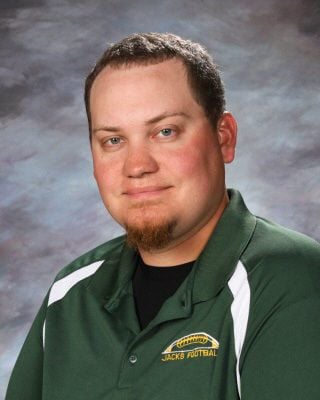 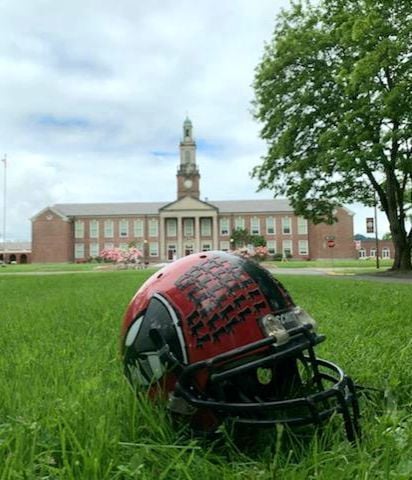 R.A. Long’s next head football coach won’t have any problem navigating the Civic Circle and he won’t be left wondering what’s the deal with all those squirrel bridges around town.

That’s because Jon Barker will be returning to his hometown in order to lead the Lumberjacks into gridiron battle this fall. The only difference this time around is that he’ll be wearing red and black instead of red and blue.

Barker, a 2003 graduate of Mark Morris, has spent the last nine years teaching in the Quincy School District. For eight of those years he also served as an assistant football coach for the high school squad and as a throwers coach for the track and field team.

McCabe, who will officially take over the athletic director position this summer, was pleased to be able to sit in on the hiring committee. Now, he and Barker will begin their respective tenures with Lumberjacks athletics in lockstep in the fall.

“We had some good applicants. I would say there were several people who competed well,” McCabe added. “For me I felt like he was a very organized guy. He brought organization and also he’s a real critical thinker. He thinks outside of the box and he’s super dedicated.”

Barker will also teach at R.A. Long and, coincidentally, he will be filling a vacancy in the social studies department that came open when McCabe accepted the AD position.

“He’s going to be an in-school coach which is good for kids and good for the program,” noted McCabe.

While he’s more familiar with the layout of the Mark Morris campus at the moment, Longview’s historic high school has no chance of feeling more foreign than one of Barker’s first stops on the teaching carousel – The Universal American School of Kuwait.

Barker took last year off from coaching as he and his wife, Tara, searched for an opportunity for Jon to take over his own program.

“I didn’t think it would be fair to the kids to keep coaching with one foot out the door,” Barker explained. “I’m very much of the mentality that if I’m in, I’m all in.”

Jon and Tara have been together since their sophomore year of high school and now have two children. With a desire to be closer to their own families, the opportunity to teach and coach in their hometown was too much for the Barkers to pass up.

Barker’s first coaching experience was during his first two years out of high school when he volunteered with the Cascade Middle School team. Then, in 2005, Barker wound up back at Mark Morris as an assistant for Shawn Perkins. A spirited guard and defensive end during his playing days for Mark Morris, Barker’s high school career came to an end the year before Perkins took over the program.

“He was one of the first people I contacted when all of this came up,” said Barker of the Monarchs’ head football coach. “I was super young when I was there. I was about 20 and my mentality was just to go to our meetings in the dungeon under the gym and I’d sit in the corner and listen.”

When Barker headed off for college at Washington State University he had to leave the coaching life behind for a while but by 2009 he was back at it again. This time he was helping out the track and field team at Huntington Junior High, where he was also working on his student teaching credentials.

Once he had his degree and certification to teach Barker knew it was time to start the game of life for real. He just didn’t know where.

“I threw my seeds into the wind and wound up at Quincy,” Barker noted.

While coaching with the Presidents (Quincy’s mascot) Barker began to work under the wing of the defensive coordinator. That’s when he found his calling as a master at breaking down film and finding weaknesses in an opponents’ game plan.

That attention to detail is one of the reasons that McCabe is so happy to have Barker back at Longview Memorial Stadium, but in the big locker room this time.

“Just talking to some of the coaches he’s worked under, they said he’s super dedicated and will dive into game film and figure out a game plan for each opponent,” McCabe noted. “We were excited to see someone who was going to be able to use the tools available.”

And just as Barker is happy that the winds of fortune have brought him back home again, he’s also grateful for the experiences he racked up in the nation’s largest potato producing county.

“One of the things we’ve had to do over here, we don’t have the best athletes and our poverty numbers are high,” Barker noted. “We’ve always had that struggle trying to get kids out in the summer. We can’t go at night because we’ve got kids out driving tractor. And we’ve got kids out picking in the morning, so we just always tried to overcome that by preaching a real team mentality.”

One of the first things the Jacks new football coach did after getting hired was to ask McCabe for access to the team’s HUDL account where game film is stored and shared. He says he’s been trying to learn the base defenses of R.A. Long’s league opponents so that he can relay specific cues and triggers that will allow his team to recognize what they’re up against.

“The whole system that I run is all about teaching kids to be football literate,” Barker explained. “Now I’m switching gears into offensive mode.”

Taking over a program that’s meeting its fourth coach since 2015, and a team that went just 1-8 last season, Barker knows he’s got his work cut out for him. But that’s what he signed up for and he doesn’t plan on going anywhere else anytime soon.

“We’ve got to kind of reset the culture. Really focus on the growth mindset and not worrying about how the other team is faster or bigger, or whatever. You’ve got to win with your head before you can win with your body,” Barker said.

In the end, he knows he’s got to get the players to buy in or it won’t matter how many alternate routes he knows to navigate from one side of Robert A. Long’s planned city to the other.

“I always preach to the kids that, ‘Look, I put in all of these hours of work into film study so you guys can win and you can get your picture on the front of the newspaper,’” Barker said. “If we blow somebody out they won’t be putting my picture in there.”

R.A. Long is scheduled to open their football season with a home contest against Rochester on Sep. 4.

Kelso Track & Field: On your mark, get set, go home

The Kelso track and field team was set to have another outstanding season before everything went sideways.