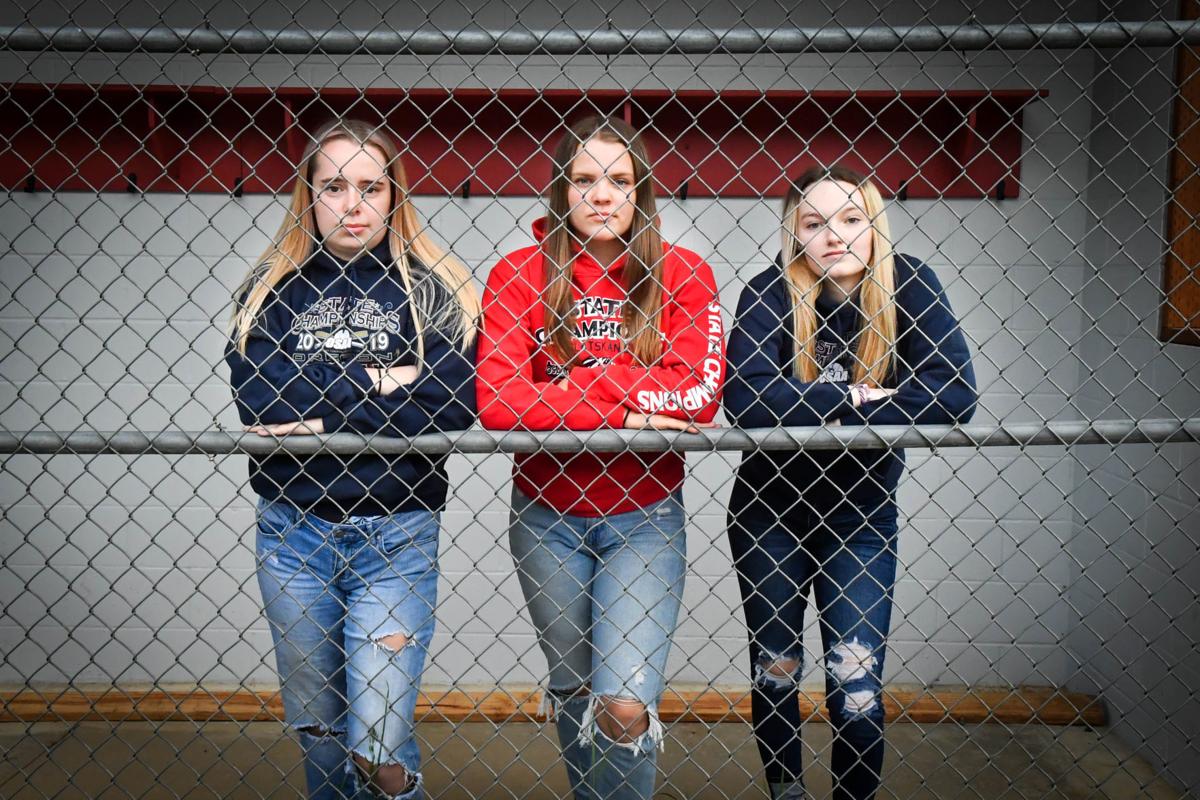 Jayden Mackinson, Trinity Hamm and Cassidy Donaldson pose for a photo in their empty dugout at Clatskanie High School. 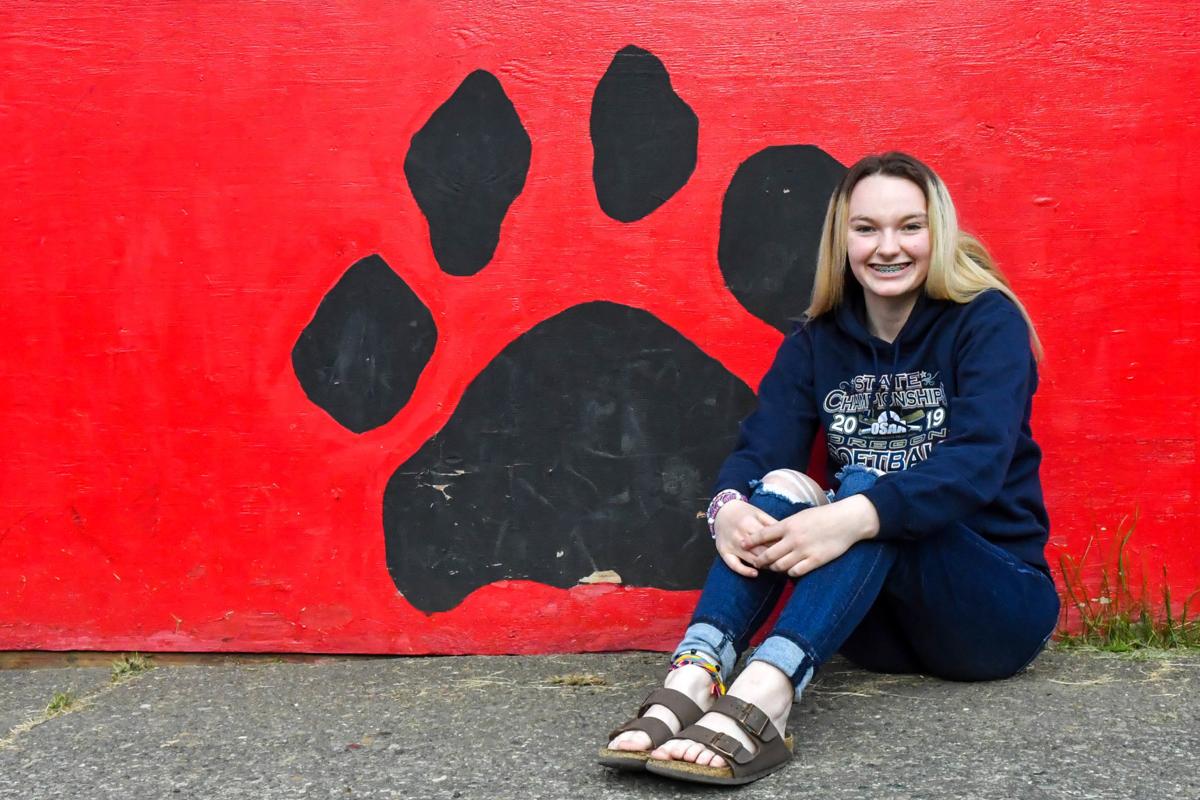 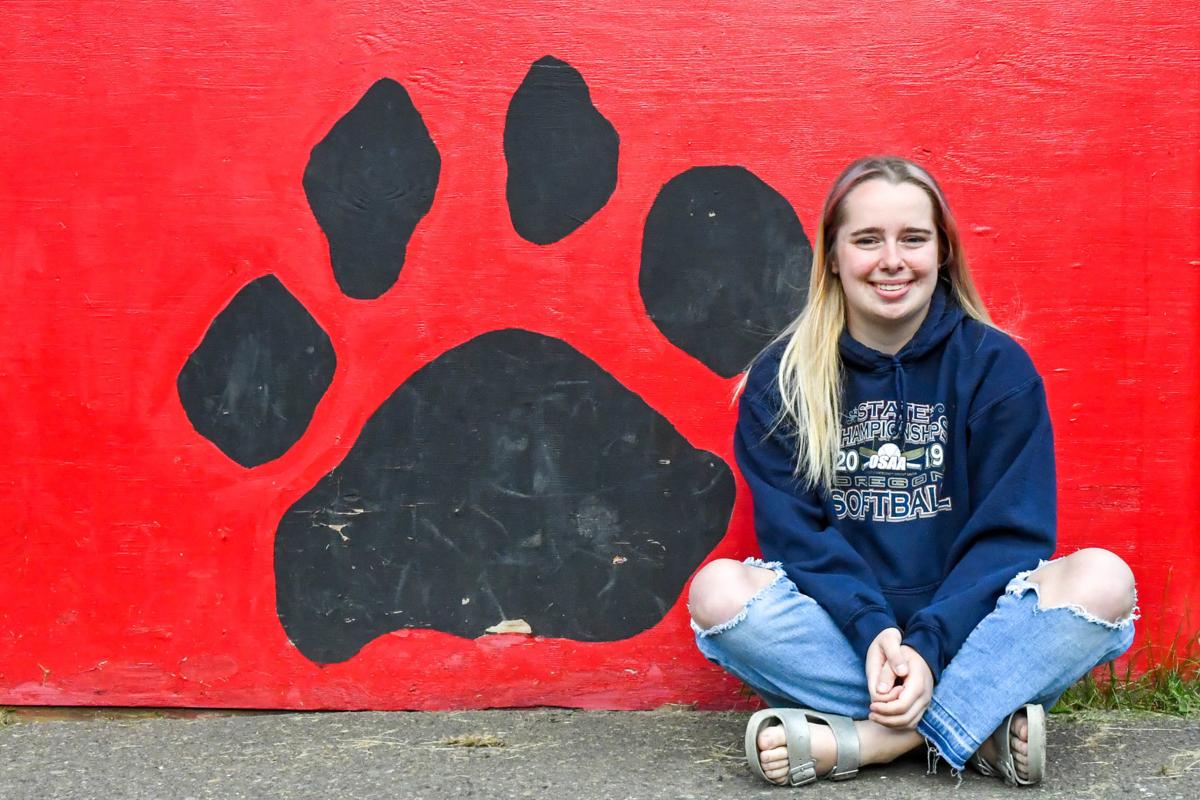 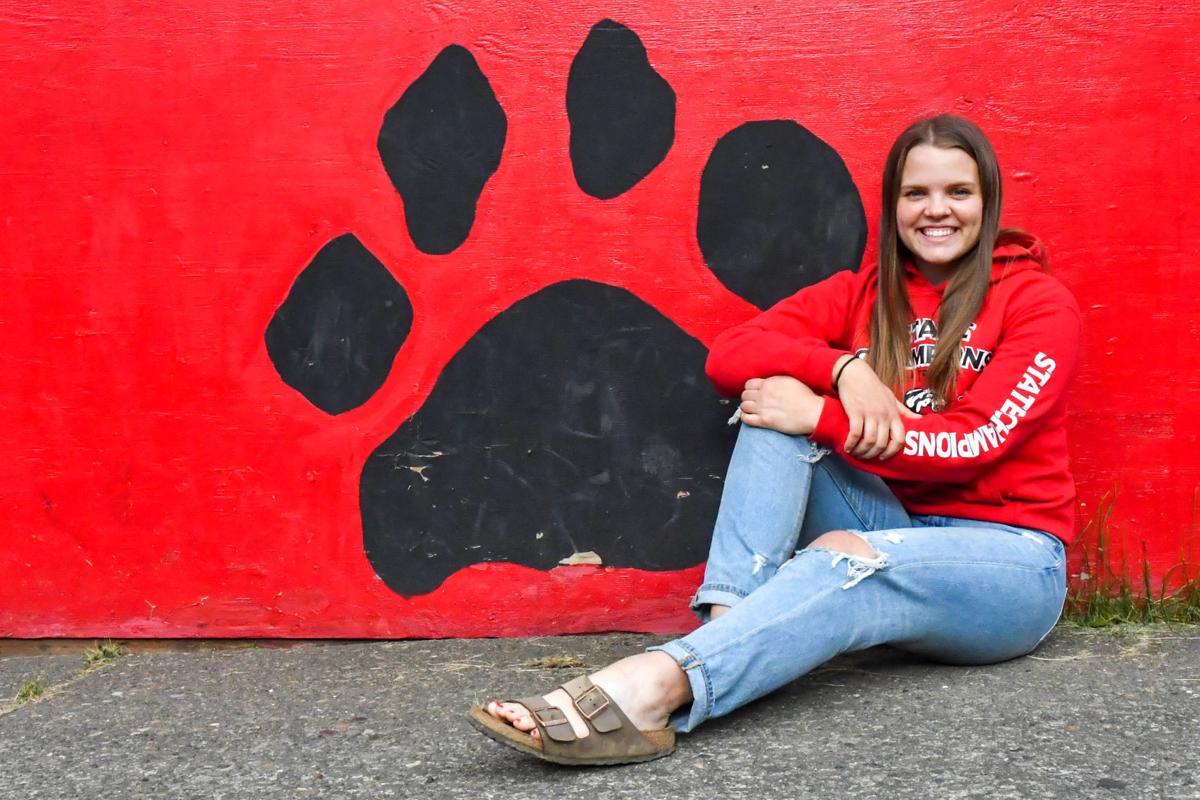 The Tigers knew what they were supposed to do this spring. They knew what the team goal was and what everyone else had already decided was more or less preordained.

In 2020, Clatskanie softball was supposed to win it all. Again.

That’s just the way that outsized expectations grow in this neck of the woods. Especially when the 2019 incarnation of the team ran roughshod through the competition on the way to a 27-0 record and a 3A State title.

From that undefeated team Clatskanie was supposed to return several particularly notable players, including Shelby Blodgett who was named the State player of the year in 2019. Of course, there was also supposed to be the return of Olivia Sprague, and Alexis Smith, both first team All-State selections a year ago, along with Trinity Hamm who was an All-State honorable mention.

Still, in Tiger town, coach Kevin Sprague did his best to not let outside perceptions influence his team’s preparation early in the spring prep season. Which is to say, he was pumping gas directly on the hype fire.

“We always try to temper expectations,” Sprague said. “This year was going to be no different than last year. We were going to take it game by game. But as a coach you looked at it and realized this is really what we’ve been working for. We felt we were going to get the best out of this group collectively and we were going to be better this year than we were last year.”

Sprague a shortstop when she doesn’t have a bat in her hands, hit .580 last season with 59 runs scored and 29 RBI’s and six triples.

Hamm, one of three seniors on the team before the season was called off by officials in response to the coroanvirus pandemic, was a force both at the plate and behind it. The starting catcher all four years she was in high school, Hamm was an All-State player as a freshman before injuries hobbled her up a bit at times during her sophomore and junior campaigns.

“By the time we got to State tournament time last year she was on fire. We finally had her back to the Trinity Hamm we had always known,” Sprague said. “This was a big miss for her this year because she was going to have a full healthy season.”

The other two seniors on this year’s COVID-19 cursed Clatskanie team were Jayden Makinson and Cassidy Donaldson.

Makinson, another four-year player for the Tigers, was set to return to her regular station in centerfield this spring.

“She was kind of that pest at the bottom of the order. We put her in the nine hole and she just fought off pitches and found a way on base,” Sprague noted. “She played a real solid centerfield for us and was just persistent and did what she did.”

The Tigers’ other senior was a newcomer to title town who was supposed to help her new class and teammates get back to the promised land. A transfer from R.A. Long, Cassidy Donaldson was expected to compete for a spot at third base.

Looking around at the field of competition Sprague noted that Rainier and Taft would have both brought their A-game this season to keep the Tigers on their toes during league play. After that, Clatskanie likely would have had to clear teams like South Umpqua, Cascade Christian, and Dayton in order to attain their goal of becoming back-to-back State champions.

That effort would have been buoyed by players like Kaity Sizemore (second base/pitcher), and Kami Harrison (third base) who were also set to take the field in the spring that never happened. In fact, Clatskanie had such an excess of talent returning all around the diamond that Sprague considered his team’s depth to be one of their strongest assets.

“We were really excited about the potential of our team this year and we were really disappointed when we didn’t get our shot,” the Clatskanie coach said.

Jayden Mackinson, Trinity Hamm and Cassidy Donaldson pose for a photo in their empty dugout at Clatskanie High School.