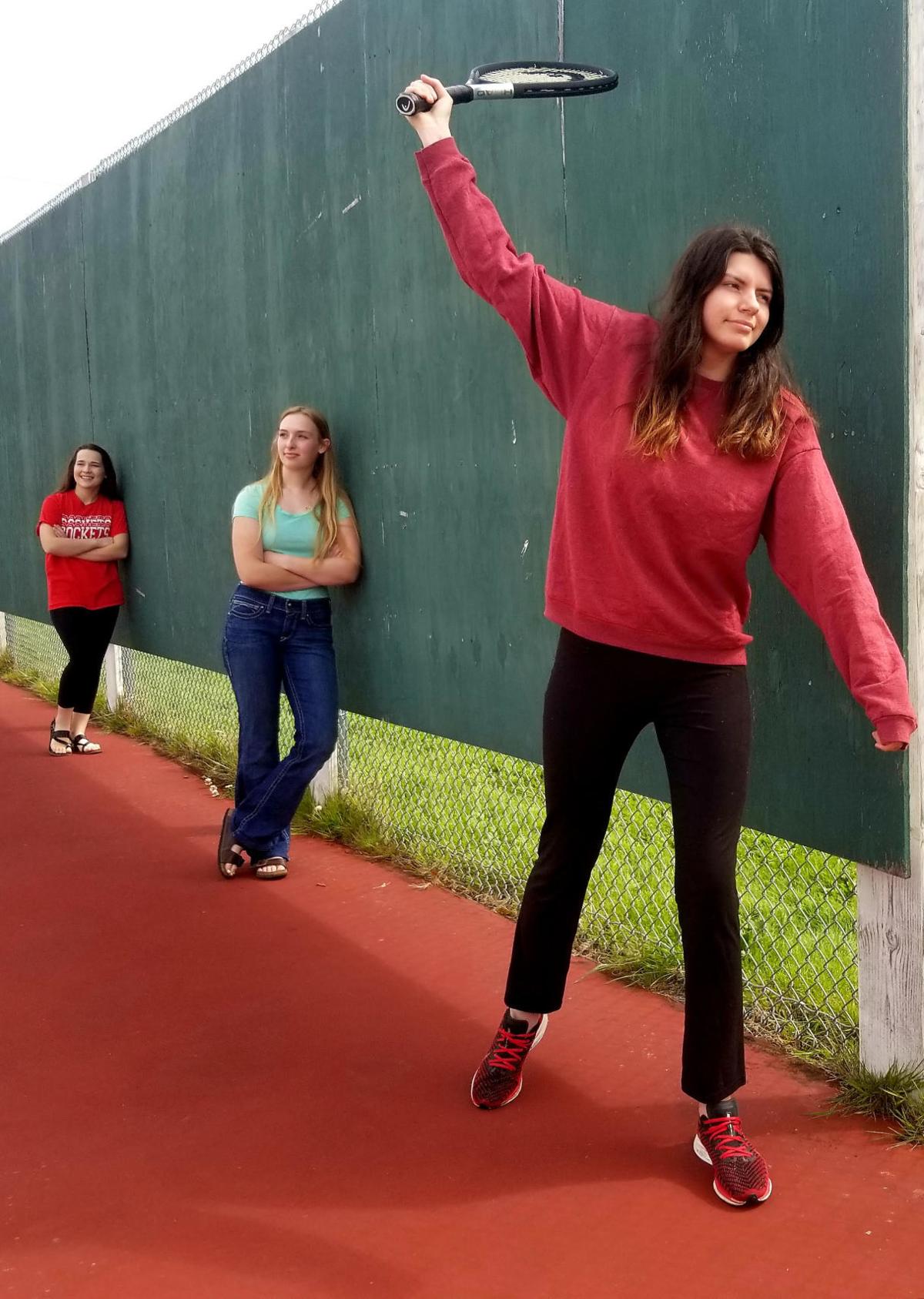 Grace Pelletier (with racket), Summer Little and Kiana Reagor pose for a photo. 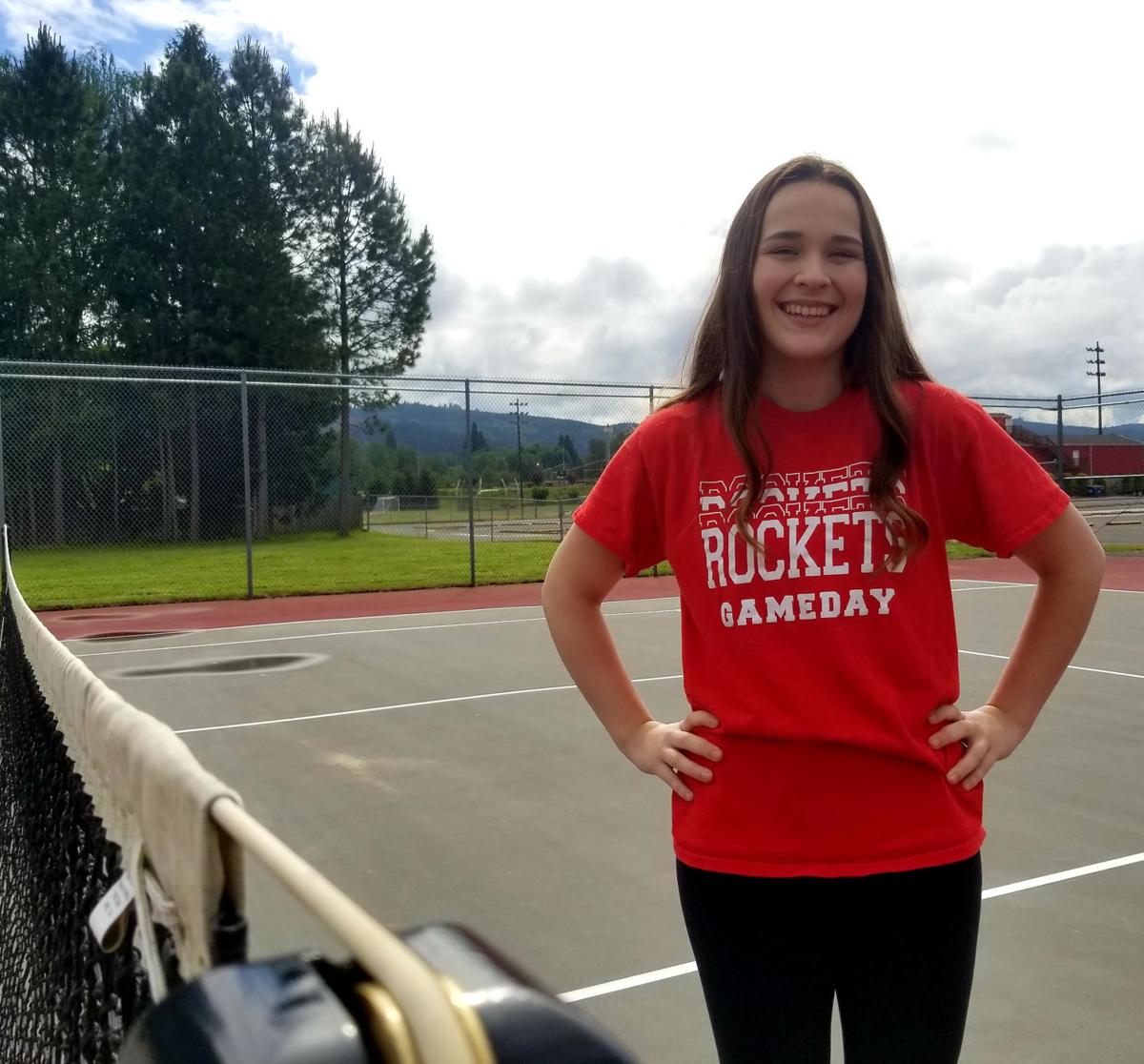 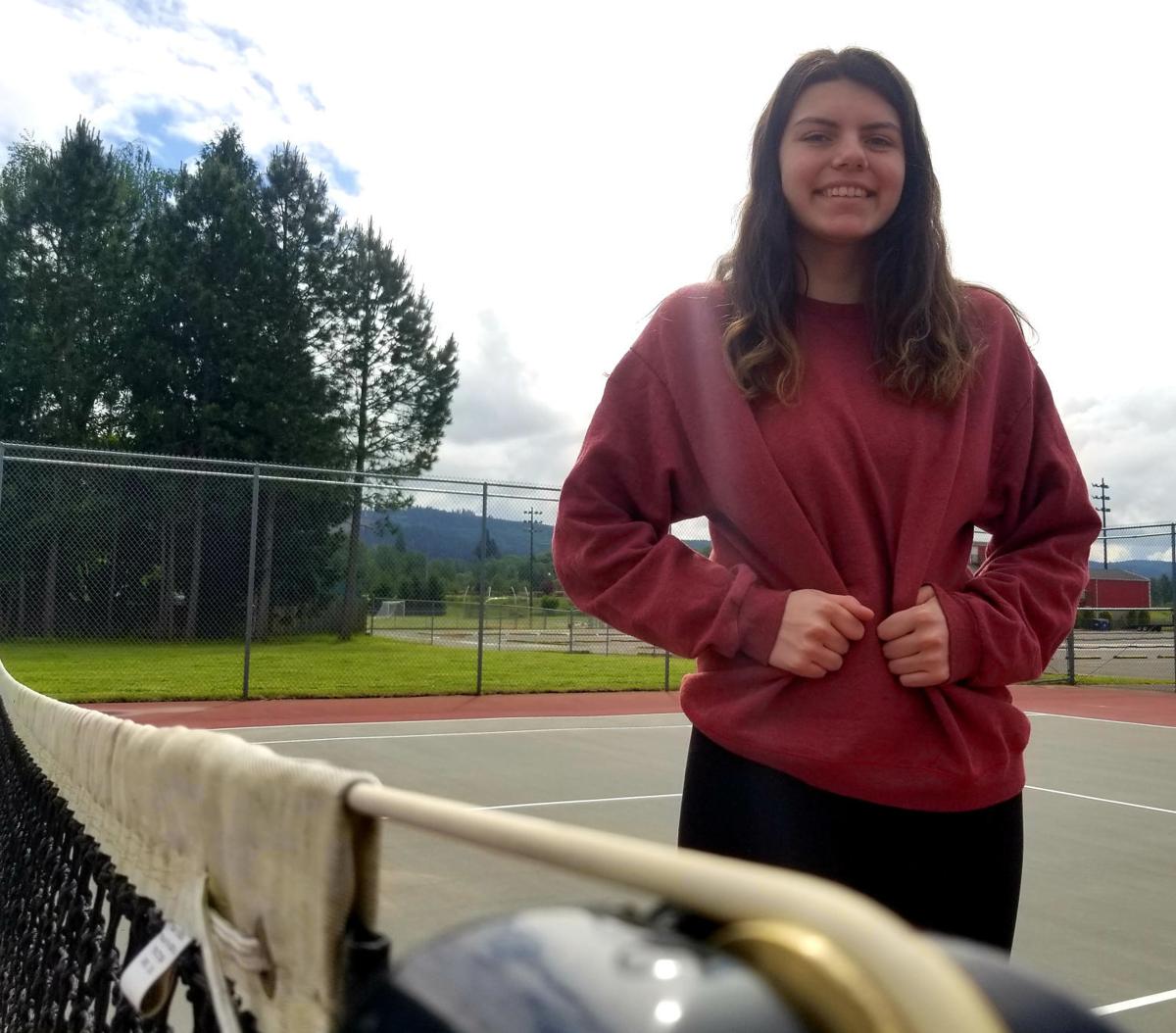 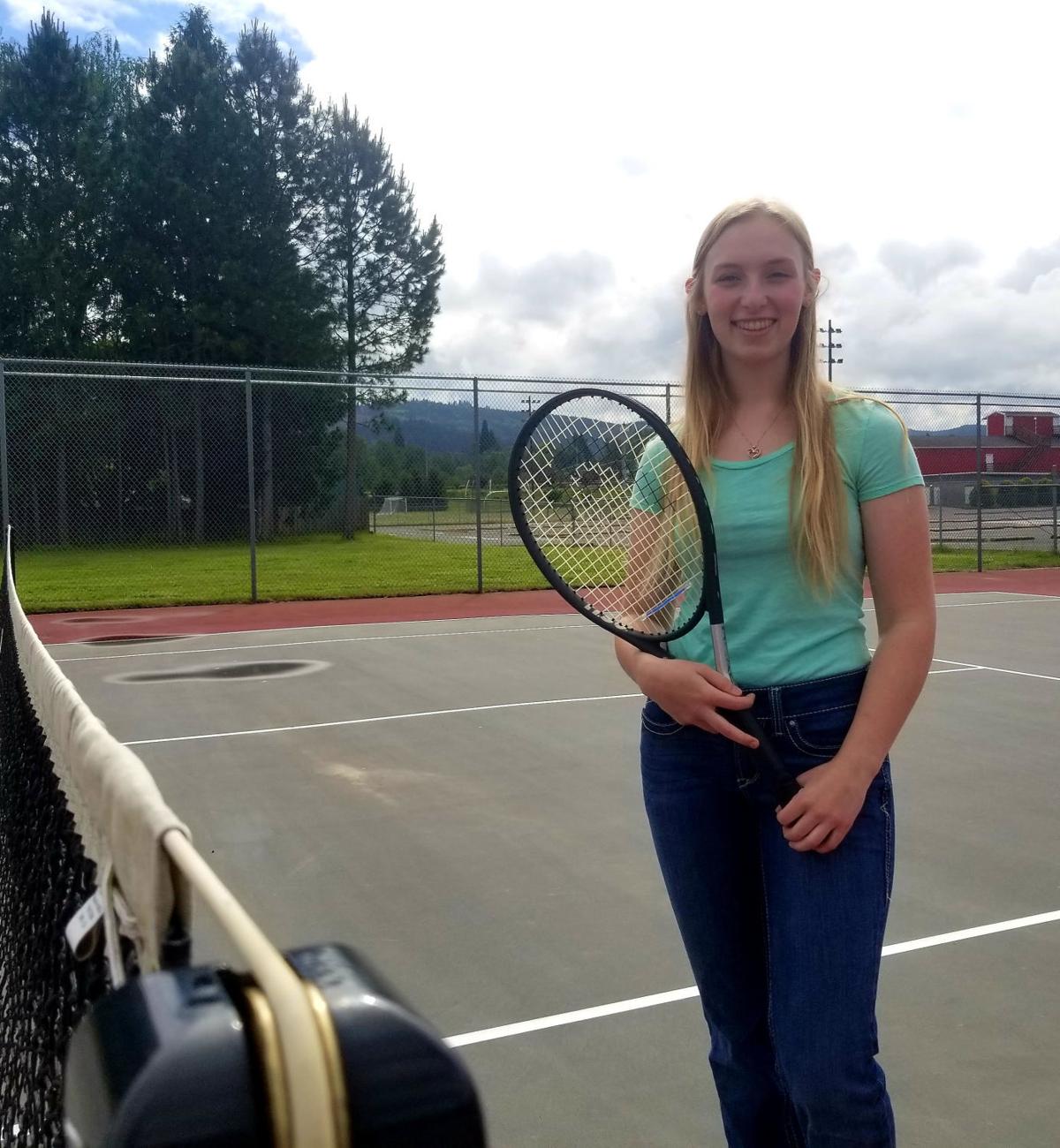 She’s not going to ask you to trust the process while she sets a low bar, or net, for success. Whether it’s the basketball court in winter or the tennis court in spring, she sets a course for the top at the start of each season. After all, if you shoot for the moon and you miss you’ll still end up somewhere among the stars.

To wit – The Rockets have been 1A TriCo champions in four of the last seven seasons, including 2018 and 2019. The Castle Rock girls tennis team took third at the District tournament last year after winning the tournament outright the previous season.

With just one returning varsity player in the mix this season, after graduating six varsity seniors last year, that task was going to be as tough as ever for the Rockets this spring.

“I expected us to compete as usual and be league champs again,” Karnofski insisted.

It wasn’t just a competitive delusion, either. Looking around the league the Rockets’ coach saw some teams that showed signs of dropping off a bit. She also saw players in her own program who were poised to take their turn on the court and make the most of it. She thought there might have even been a Rocket or two who could have found their way to the State tournament.

But like a blacked out satellite that’s eclipsed the event horizon, COVID-19 has created a crushing vacuum of nothingness around something that once held so much promise.

“We actually had a chance in singles to do a little bit more than usual,” Karnofski said. “Our motto in tennis, and the kids always laugh at it, was, ‘Just hit the ball over the net one more time.’ Make them make the mistake.”

As the coach looked at her roster over the first two weeks of the season she knew one thing – Grace Pelletier was going to have to take over the captain’s seat.

“Last year she played varsity singles. She’s my only returning varsity player as everyone else graduated,” Karnofski noted. “She had big shoes to fill but I know she could do it. She hates to lose.”

After that, though, the rest of the lineup wasn’t quite as clear.

“We hadn’t even had any challenges yet so it’s hard to say,” Karnofski explained.

First in line for consideration were a pair of seniors in Summer Little and Kiana Reagor. Little was returning to the court after an injury took her out of competition last year.

“She was definitely going to be in our top rotation,” Karnofski said.

Meanwhile, Reagor was in her first fortnight as a Rocket racket swinger before the season was called off. Karnofski noted that she liked coaching Reagor so much in basketball that she recruited her from one court to the other.

“She’s just a great kid. She was a good fit for what we do,” added Karnofski.

There were plenty of underclassmen in the mix as well, including a quintet of sophomores. At the top was Myla Langdon who seemed destined for a singles slot. Meanwhile Taylar Madden and Maylee Cherrington, along with Natalie Swofford and Natalia Perez-Lopez, looked bound for doubles competition.

Priscilla Massa, a freshman, and Manuela Nasser, an exchange student, were also in the mix for varsity action this season according to their coach. It’s that sort of depth that boosted the confidence of the Rockets as a unit.

“I know our JV was building and was ready to step in,” Karnofski said in her steely, calm and confident way. “We have a good thing going and the kids expect to win. They saw that as JV players and learned to expect it.”

Grace Pelletier (with racket), Summer Little and Kiana Reagor pose for a photo.