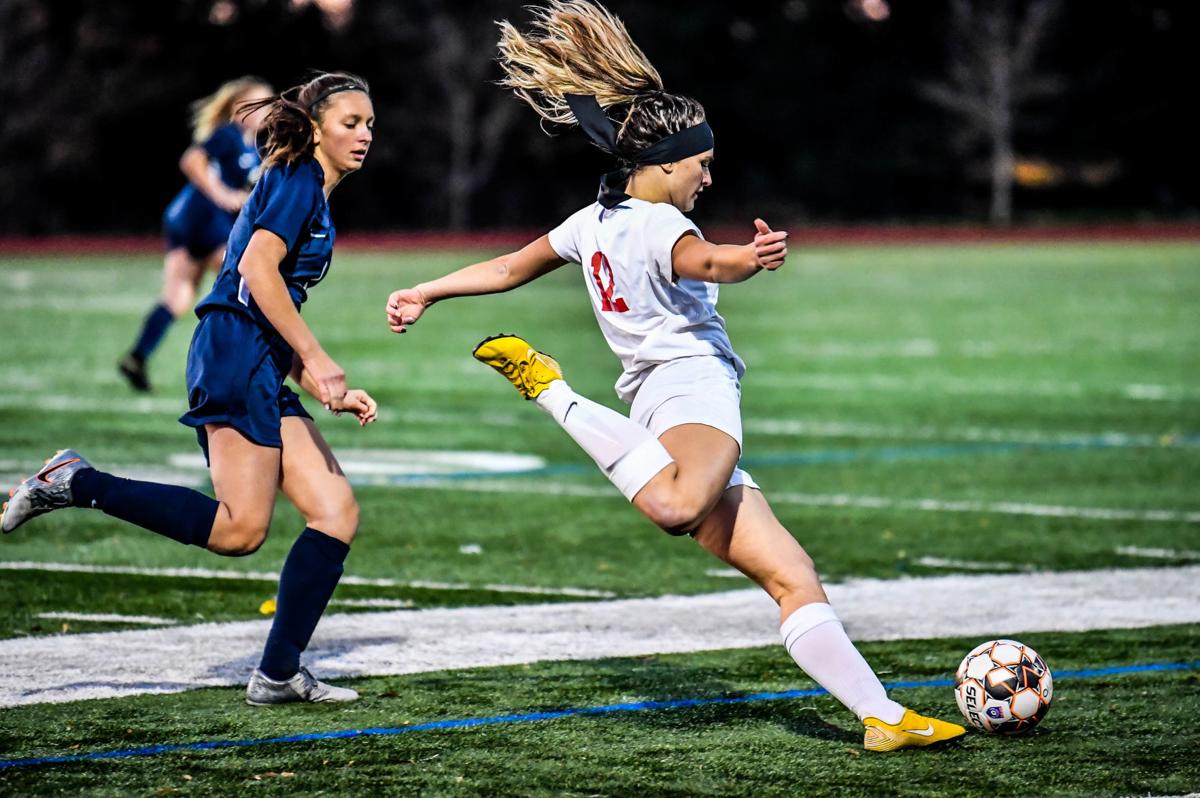 Myla Langdon boots the ball away from a King's Way Knight. The Rockets fell 1-0 to the Knights. 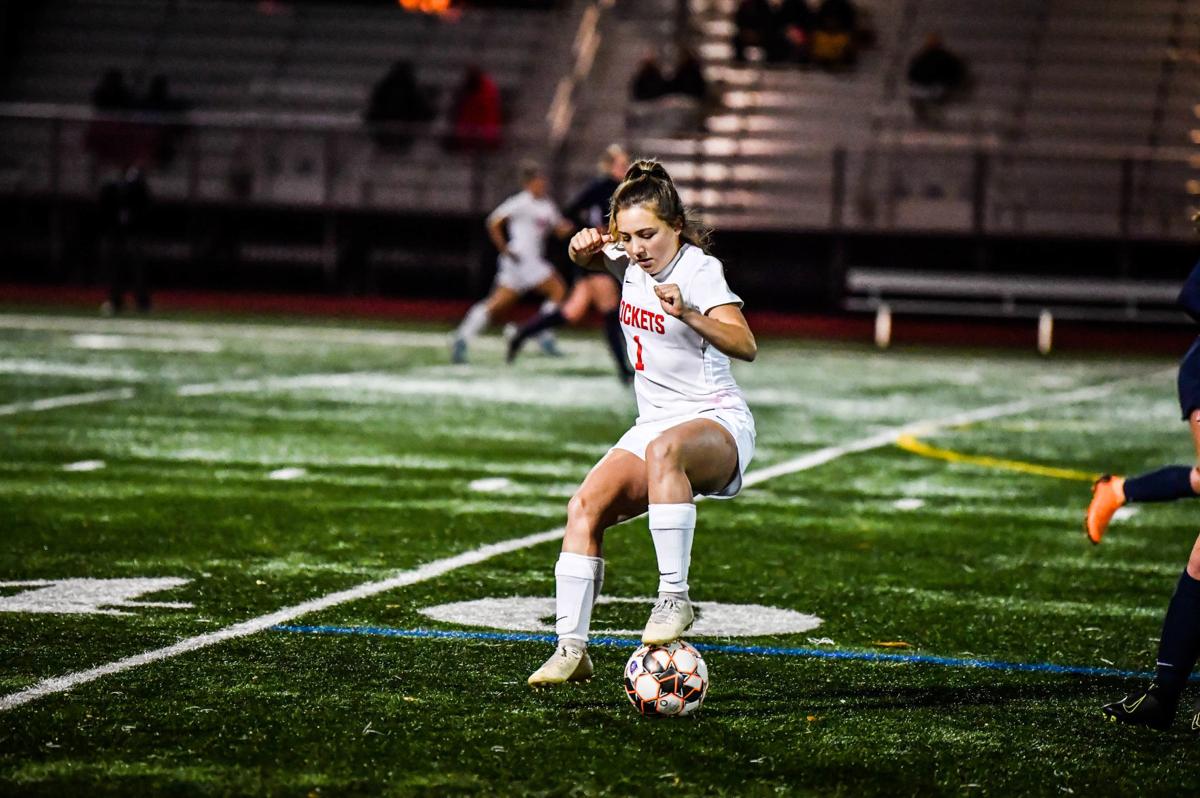 Siena Flint grabs control of the ball, turning it to bring it back to the Knight's side of the turf. 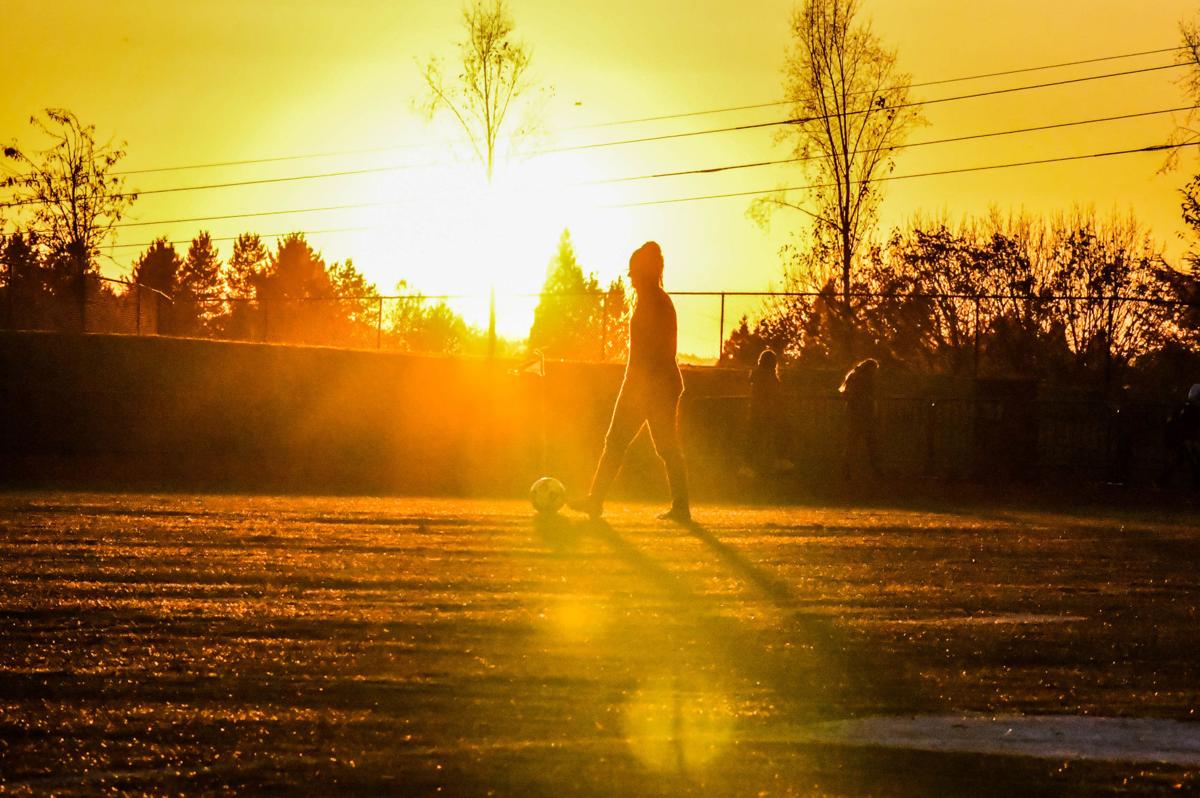 Castle Rock spent their warm ups dodging the sun, prepping for their match against King's Way. In the end they fell 1-0 against the Knights. 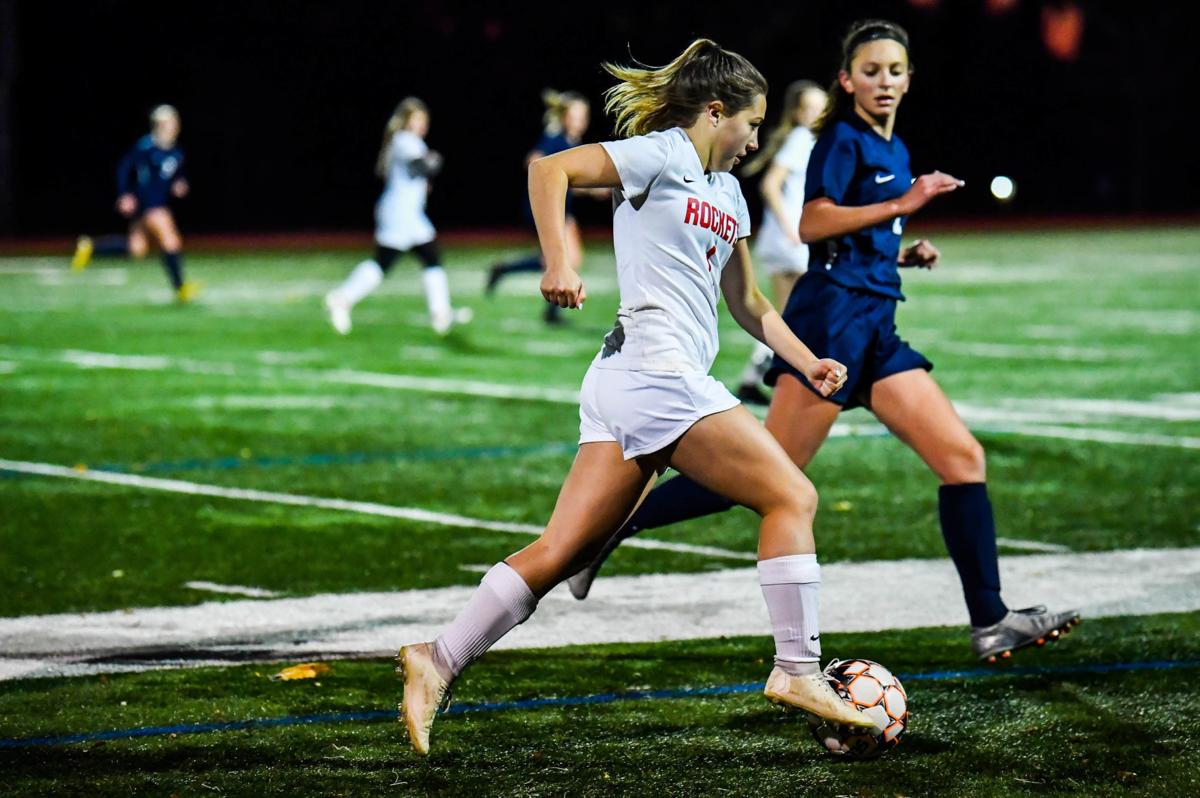 King’s Way turned up the heat against Castle Rock in their chilly match Tuesday night, going 1-0. As the sun set on the turf, the dropping temperature did nothing to help the Rockets in their preparation for districts.

For the first time in years, the Rockets are seated in the number two slot for the Trico 1A district match. Fortunately, their loss to the Knights doesn’t affect their position.

“We’re prepping for districts for the first time, which is awesome. So we’re really working on that intensity piece,” Coach Alyssa Hudson said. “I think sometimes we get a little complacent because we know we have that second seat wrapped up. But we still need to be improving on things.”

“I think we did pretty good. We were connecting passes. We were playing as a team, but our intensity wasn’t there,” Myla Langdon said.

The Rockets continually put pressure on the Knights keeper, Sara Thundium, but could never quite get the ball in the goal. The girls had good control, despite not being used to playing on turf.

“We struggled today a little bit but we improved on somethings. Definitely our passing is a lot better. Connecting our passes, we’re not used to playing on turf, so I thought that went well,” Hudson said.

Some of those big passes came from Langdon and Siena Flint, according to Hudson. Both girls spent most of the game covering the field like a blanket. If no one was there, Langdon found a way to fill the gaps. Flint would charge up field to steal the ball away from a Knight.

“Mya Langdon (starred) in the center for sure. She killed it. She kind of keeps everybody grounded,” Hudson said.

“We need to communicate more and listen to our teammates but as a group I think we did really well. But I’m really proud of our passing. We’ve been really working on that a lot and it has greatly improved. Our first game was not this good. The intensity just needs to be there next time,” Langdon said.

As the Rockets prep for their Thursday game against La Center, the team plans to bring the passion and power, despite the cold weather.

“I don’t think it should affect us because the other team is playing in it as well. This is a big deal to us. I think we can get to state if we stay with it,” Langdon said.

Keeping their sights on districts, and hoping for state, Hudson said the Rockets will be going over strategy and stamina.

“We need to go over how were going to play that with our marks,” Hudson said. “It’s an intensity thing. We’ve got to figure out how to win it down the stretch. We struggle finishing games, playing the full 90 minutes.”

Myla Langdon boots the ball away from a King's Way Knight. The Rockets fell 1-0 to the Knights.

Siena Flint grabs control of the ball, turning it to bring it back to the Knight's side of the turf.

Castle Rock spent their warm ups dodging the sun, prepping for their match against King's Way. In the end they fell 1-0 against the Knights.