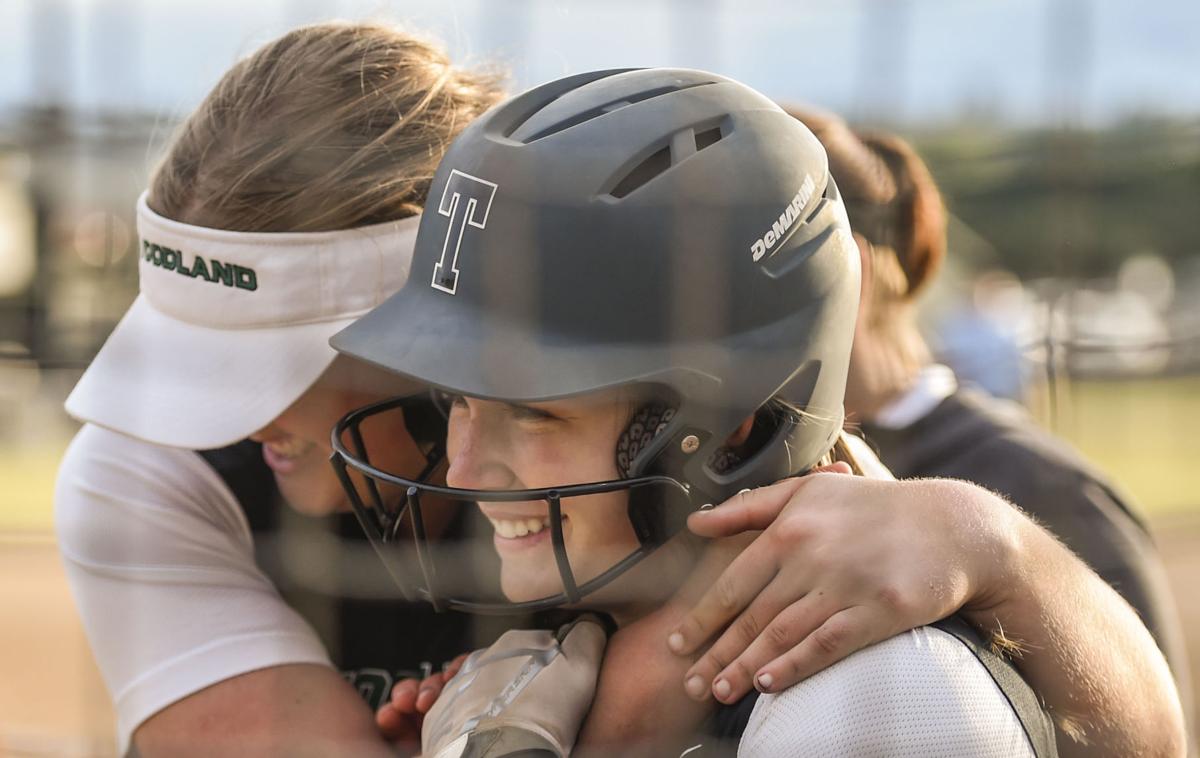 Woodland's Kelly Sweyer gets a hug from pitcher Olivia Grey after hitting a game-tying three-run home run for the Beavers during the 2018 season. 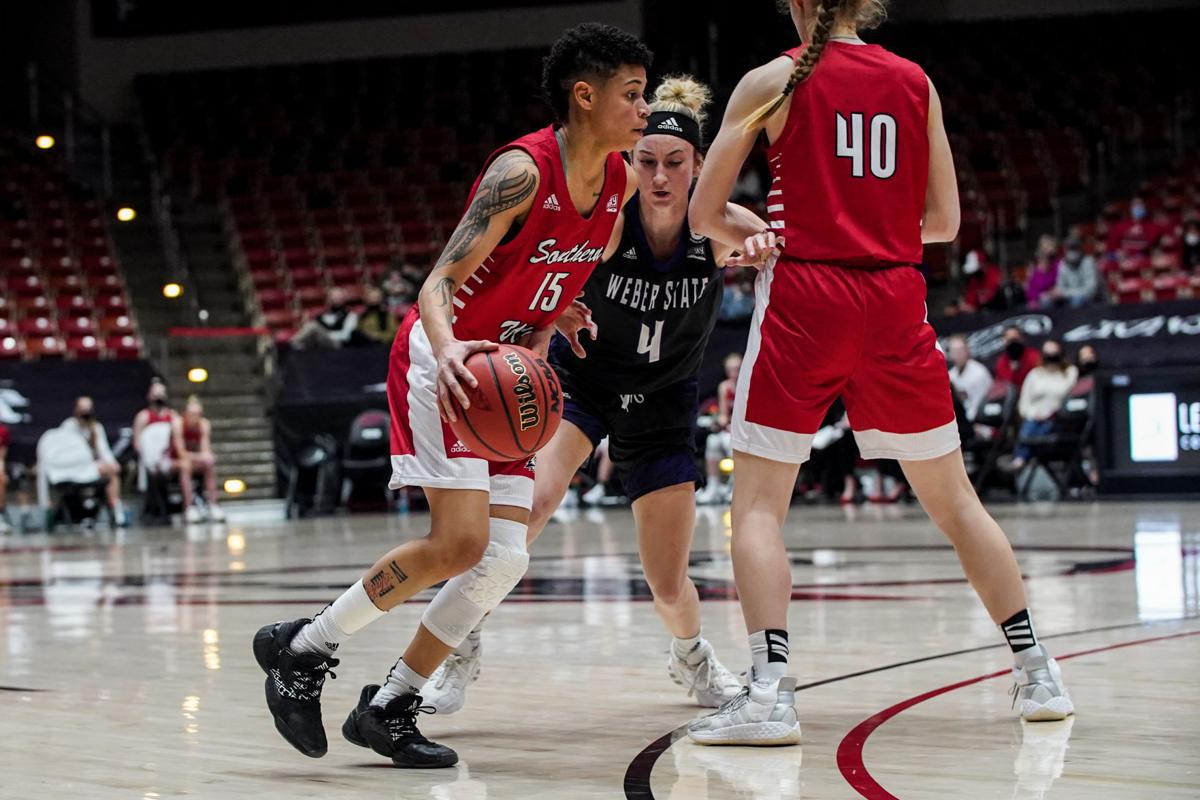 Former LCC star Cherita Daugherty,makes a move toward the basket in a game for Southern Utah during the 2020-21 season. This season Daugherty is second on the Thunderbirds’ roster with 31.5 minutes played per game and 12.6 points per game, and leads the team with 51 assists and 24 steals.

Another week, and more and more area alumni are hitting the field as spring sports start to ramp up. Here’s who’s on the radar this week:

The season is already underway for the Griz, who went 1-4 in Phoenix last weekend at the Grand Canyon Kickoff Classic. Woodland alum Kelly Sweyer made three appearances over the course of the tournament, making her collegiate debut as a pinch runner and coming in twice as a pinch hitter, striking out once and drawing a walk.

At Woodland, the infielder helped lead the Beavers to back-to-back State titles. As a junior in 2019, Sweyer went 8-for-14 in the State tournament, including a solo home run to put the finishing touches on Woodland’s 3-0 win in the title game.

The R.A. Long and LCC alum’s jump from the NWAC to the SEC is going to be a big one, and it’ll get underway this upcoming week as the Tigers open their season.

Brady, who earned the Greater St. Helen’s League Pitcher of the Year award in 2018 as a senior for the Lumberjacks, stayed close to home after graduation. As a freshman at LCC, he posted a team-best 1.13 ERA, then led the Red Devils in the shortened season with four appearances out of the bullpen.

The freshman out of Woodland absolutely mashed in her first six games as the college level, hitting .619 in the Yotes’ opening weekend with a home run, a double, seven runs scored, and nine more driven in.

COI will hope her bat hasn’t cooked off after a nearly three-week break, as the Yotes head to the Sacramento area for another tournament.

Portland State beat Northern Arizona twice last weekend by a combined four points, with game-winning shots coming in the final five seconds in each win. Hansen scored nine points in the first game and seven in the second, hitting three free throws with just over four seconds left on the clock to give the Vikings a 58-56 win.

Currently, the Rainier alum is averaging 13.9 points per game. At that clip, with six games left on the PSU schedule, she would crack 1,000 career points around the beginning of the Big Sky tournament.

Indiana fell to 2-6 on the season, running into No. 1 Wisconsin over the weekend and getting swept twice. Edwards — like the rest of the Hoosiers — had a pair of tough offensive outings against the undefeated Badgers, finishing with nine kills and a .000 hitting percentage across the two-game series.

On the season, Edwards has 82 kills — good for second on Indiana — and has 16 blocks.

After a 10-day break from games, the Thunderbirds will take the court again this next weekend, and they’ll be hoping that Daugherty can pick up where she left off before the break. Currently second on the SUU roster in scoring at 12.9 points per game, the LCC alum put up double-digits in each of the past six games.

Next up: @ Sacramento State Thursday (5 p.m.) and Saturday (noon)

EWU took a pair of tough losses to Montana State over the weekend, but Schaplow got into both contests, hitting a pair of three-pointers in the Thursday matchup to finish with six points.

She’s currently shooting 53% from behind the arc, best on the EWU roster.

The Warriors split their second weekend series against Montana State-Billings, dropping the second game 82-81 in overtime on a buzzer-beating three, but it wasn’t for lack of trying by Souvenir.

The Wahkiakum product dropped a career-high 23 points in the Saturday rematch, and finished one assist short of a double-double. In the first game of the weekend — a 67-61 win — she finished with two points, five boards, and three assists.

CASTLE ROCK — At first glance, a casual observer would have had a hard time telling the difference between opponents Tuesday night on Lebaron …

Woodland's Kelly Sweyer gets a hug from pitcher Olivia Grey after hitting a game-tying three-run home run for the Beavers during the 2018 season.

Former LCC star Cherita Daugherty,makes a move toward the basket in a game for Southern Utah during the 2020-21 season. This season Daugherty is second on the Thunderbirds’ roster with 31.5 minutes played per game and 12.6 points per game, and leads the team with 51 assists and 24 steals.