A mural depicting people on mountain bikes in the great outdoors is seen on the wall of the Bob's Sporting Good's bike department Friday. 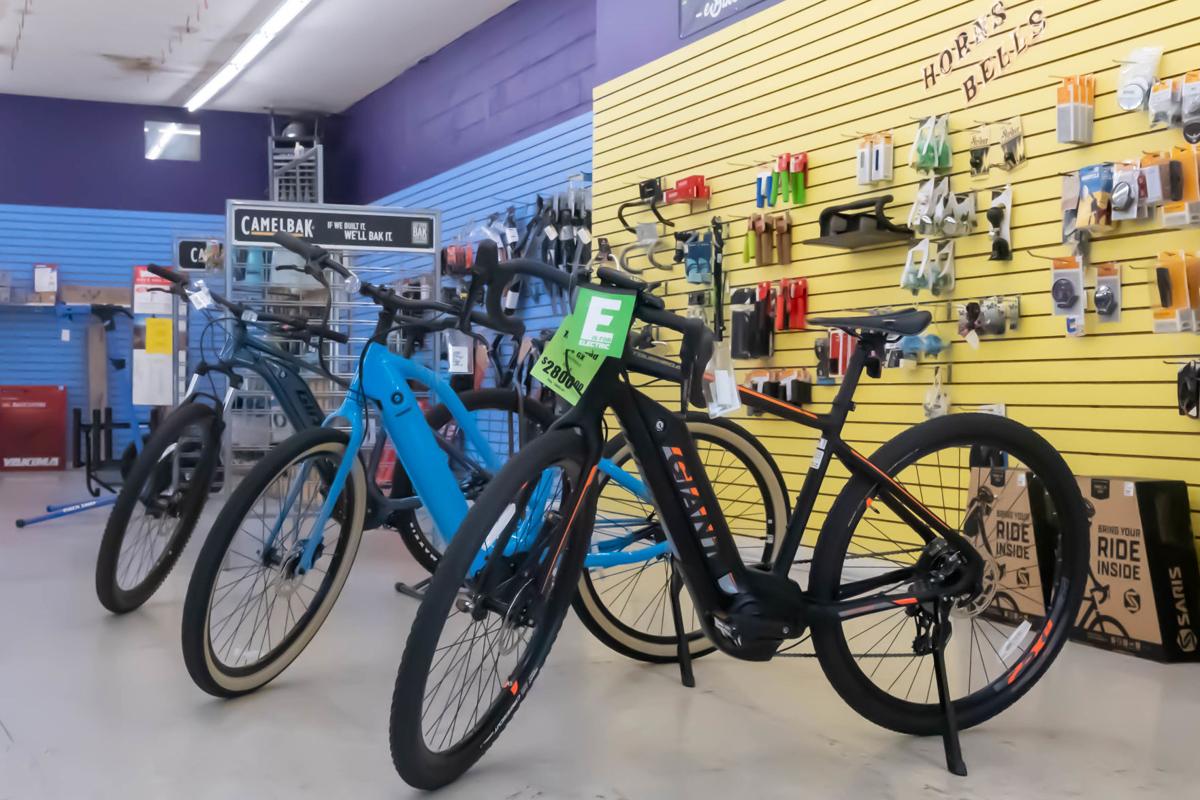 The last three bikes sit on the floor for sake in Bob's bike shop Friday. 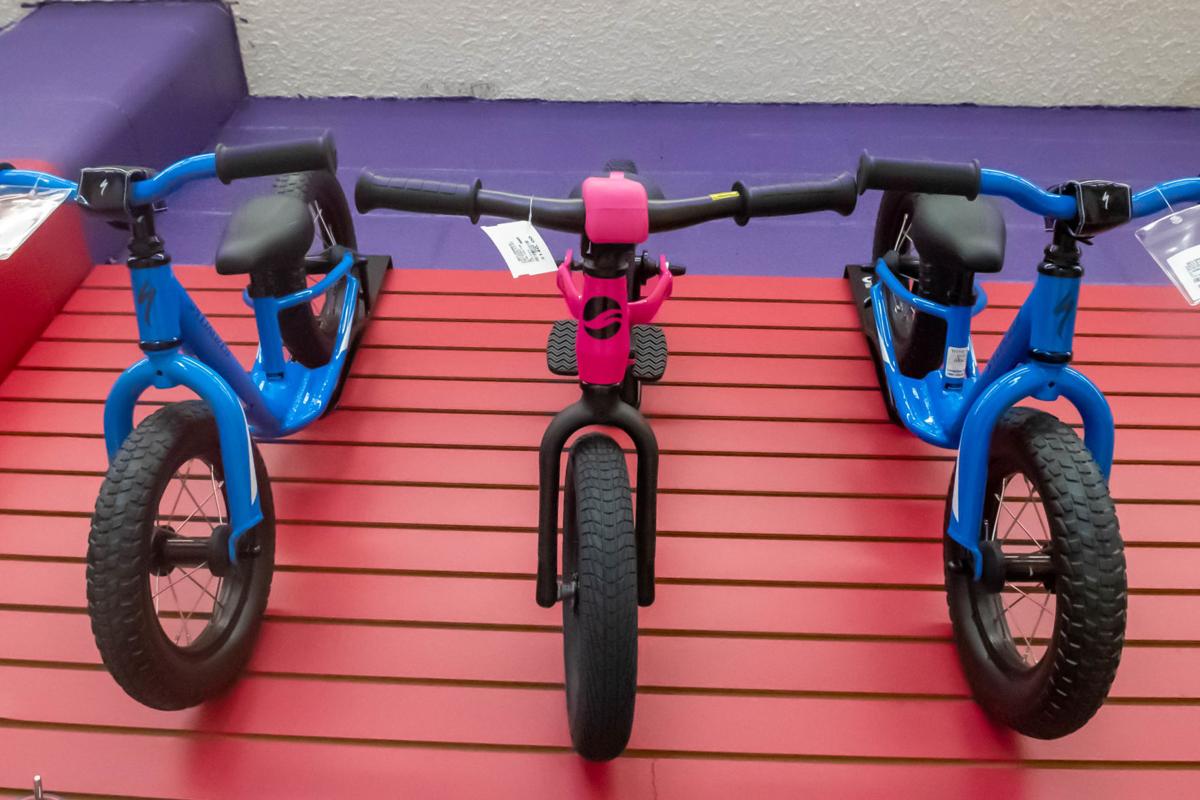 Three children's bikes hang on the wall, ready for purchase.

Six months into the stay-at-home COVID-19 era, people have been forced to look for new entertainment.

For some, that’s meant going back to old but reliable activities like riding bicycles. However, after production of bikes came to a screeching halt oversees earlier this year due to coronavirus, shops across the country are still experiencing huge supply shortages.

The current shortage is due to the production of bikes coming to a complete stop in January and February of this year. Bikes that have been in stores the past few months are left over from previous production lots, so it’s taken a few months for shops to close the gap and reach this event horizon.

Cooper said that it took the shop a while to reach the gap in available stock. But when it hit, it hit hard.

“We pretty much sold most of our summer stuff by the end of April,” Cooper explained. “We have received probably, maybe 50 bikes at the most since May 1 because we were getting what was already done and set to come over. Now that those are gone, we’re in that production blank.”

While it only takes a few weeks for a production lot of bikes to move, all of the other intermediate steps are still holding up bikes, Cooper said. The loading, shipping, clearance, dispersing and arrival of bikes all take time.

“Generally we buy (bikes in) our territory but we’ve been gleaning what we’ve been getting from all over. We’ve had stuff come in from Pennsylvania, Florida, California, and Chicago. We got 47 BMX bikes in and they were gone in three weeks,” Cooper said.

To put it simply, the world is running out of bikes. They will return, just like toilet paper did, but it will take time for production to catch up with demand.

Cooper just hopes that turnaround happens before Christmas. Many children receive bikes for Christmas, but this year bike shops might not have any bikes without a little help from Santa.

“We might not have a bike Christmas season as usual. Some company sold through everything they’d ordered for the whole year,” Cooper said.

She encouraged anyone looking to get a holiday bike to start looking now. Although, she expects some sales to die down as temperatures begin to descend toward the cold and wet northwest fall weather. But until the supply and demand can match more closely it will be a rocky path forward.

“We had three bikes come in yesterday and one sold. Other than that, we haven’t had anything else come in in at least three weeks,” Cooper said. “I would say we’ve been pretty blank on what we’ve been getting for about the last six weeks. It was just, everybody wanted to buy a bike. “

How different bike sales have increase from last year, from information and data provided by the NPD Group.

The state’s traffic commission ranks Longview the fifth most dangerous city for pedestrians.

A mural depicting people on mountain bikes in the great outdoors is seen on the wall of the Bob's Sporting Good's bike department Friday.

The last three bikes sit on the floor for sake in Bob's bike shop Friday.

Three children's bikes hang on the wall, ready for purchase.