Subscribe
Read Today's E-Edition
Share This
Dahl column: How much room should a person leave between cars when stopping at a stoplight?
0 Comments
Share this
Doug Dahl

Q: As a driver coming from a different state, one of the first things I noticed here is that the cars seem so spread out at stoplights. I was taught to pull up fairly close to the vehicle in front of you to make room for other vehicles on the road. I’ve seen people leave one, two and even three car lengths between their car and the one in front of them. Is this courtesy not taught in driver education around here? The “big space” people block others from getting to a turn lane, block cars from entering the roadway and sometimes use up a good portion of a green light to get through an intersection.

A: Until I read your question, I hadn’t noticed this as a problem. And then, on my next drive, I saw someone leave what looked like three car lengths between themselves and the car in front of them at a traffic light. Had I been overlooking a wide-reaching issue that’s been right in front of me? Probably not. More likely, I just experienced a frequency illusion; when something you just discovered suddenly starts showing up everywhere. While mostly benign, frequency illusions can influence traffic safety, and not in a good way. But that’s a topic for another article.

Getting back to the question, this is a Goldilocks scenario. You brought up the “big space” drivers, but there are also the “too close” drivers. Researchers at Virginia Tech tested distances ranging from 1.25 feet to 50 feet, and found that the time to get vehicles through an intersection remained the same up to 25 feet. (For reference, the average car is about 15 feet long.)They found that the closer together the cars got, the longer each car waited to accelerate after the light turned green. That’s because once you’re moving, you need enough room to keep a safe following distance.

You also wondered if the problem came from our driver training. Blaming driving instructors for the behavior of drivers is like blaming your deity of choice for the behavior of all its followers. I suspected that driver’s ed wasn’t the problem; it’s the drivers who ignore what they were taught or never had driver training before getting their license. I checked with a few driving instructors to see what’s being taught and here’s what they said: Tires on tar. You should stop at a distance from the car in front of you where you can still see where their rear tires touch the pavement. That’s what Mr. Kowalke taught in driving class back when I took it, so the training is consistent. To see how far apart the “tires on tar” approach would put you, I tested it out and found that in my data set of one, it’s 13 feet between bumpers.

Along with Virginia Tech showing that any closer doesn’t help, driving instructors will tell you that leaving more room reduces the odds of “having two collisions in one day” by getting pushed into the car in front of you in a rear-end collision, allows you to see more of the road ahead, and gives you an “escape option” by having enough room to get around the car in front of you without backing up.

I might be guilty of another frequency illusion, but it seems that when drivers leave a big gap at an intersection, drive considerably slower than the rest of traffic or otherwise engage in inconsistent driving behavior, the culprit is often inattention. Driving is a complex task, and it demands our full focus to do it safely.

Doug Dahl is a Target Zero Manager for the Washington Traffic Safety Commission and a former deputy sheriff. Send him a question by visiting his website, thewisedrive.com/about-thewisedrive.

Our COVID emergency is over, even if Washington state isn’t officially ready to admit it. This is more a matter of a badly written state law t…

Why are voters motivated more by emotions than policy? | The Ethical Life podcast

🎧 The Amber Heard-Johnny Depp case or inflation? Why people seem to focus on social issues rather than on solutions that could fix the problems they care about the most.

WASHINGTON — The memorial dedicated by the White townspeople of Colfax, La., in 1921 was, at least, direct. Many Southern monuments to Confede…

Dahl column: People can never drive too slow for a seatbelt

Q: Is there a speed at which wearing a seat belt isn’t important because I’m going slow enough to where I won’t get hurt?

For the third time in his presidency, Joe Biden has declared that the United States will defend Taiwan if it is invaded by Communist China. An…

Gerson column: After Uvalde, I pray for bold action

WASHINGTON — The culture war — intent on leaving no human emotion unsoiled — has even invaded our grief.

Richard Kyte: Mentors are important at every stage of life

Commentary: Older people and younger people need each other, and the more we acknowledge that, the better off all of us will be.

WASHINGTON — If Democrats wanted to show how out of touch they are with the American people on abortion, they could have found no better way t…

Gerson column: Gates' new book is both plea and plan

WASHINGTON—In 2015, Bill Gates wrote an article in the New England Journal of Medicine detailing the threat of “the next epidemic.” He warned … 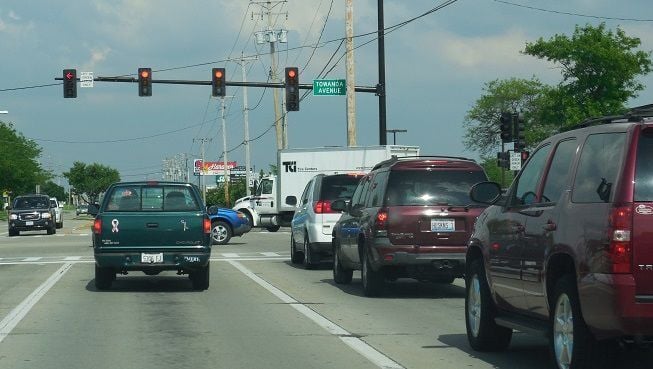 How much space should you leave before a stoplight? The old adage of 'tires on tar' is a good place to start. 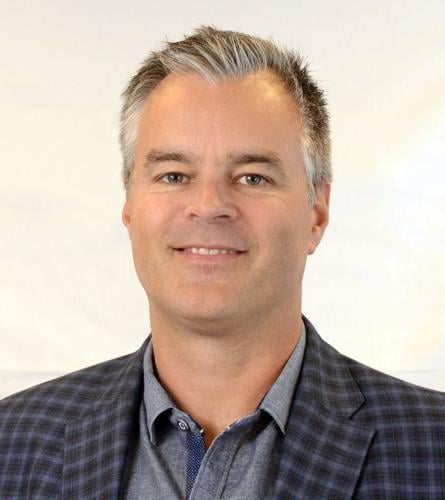