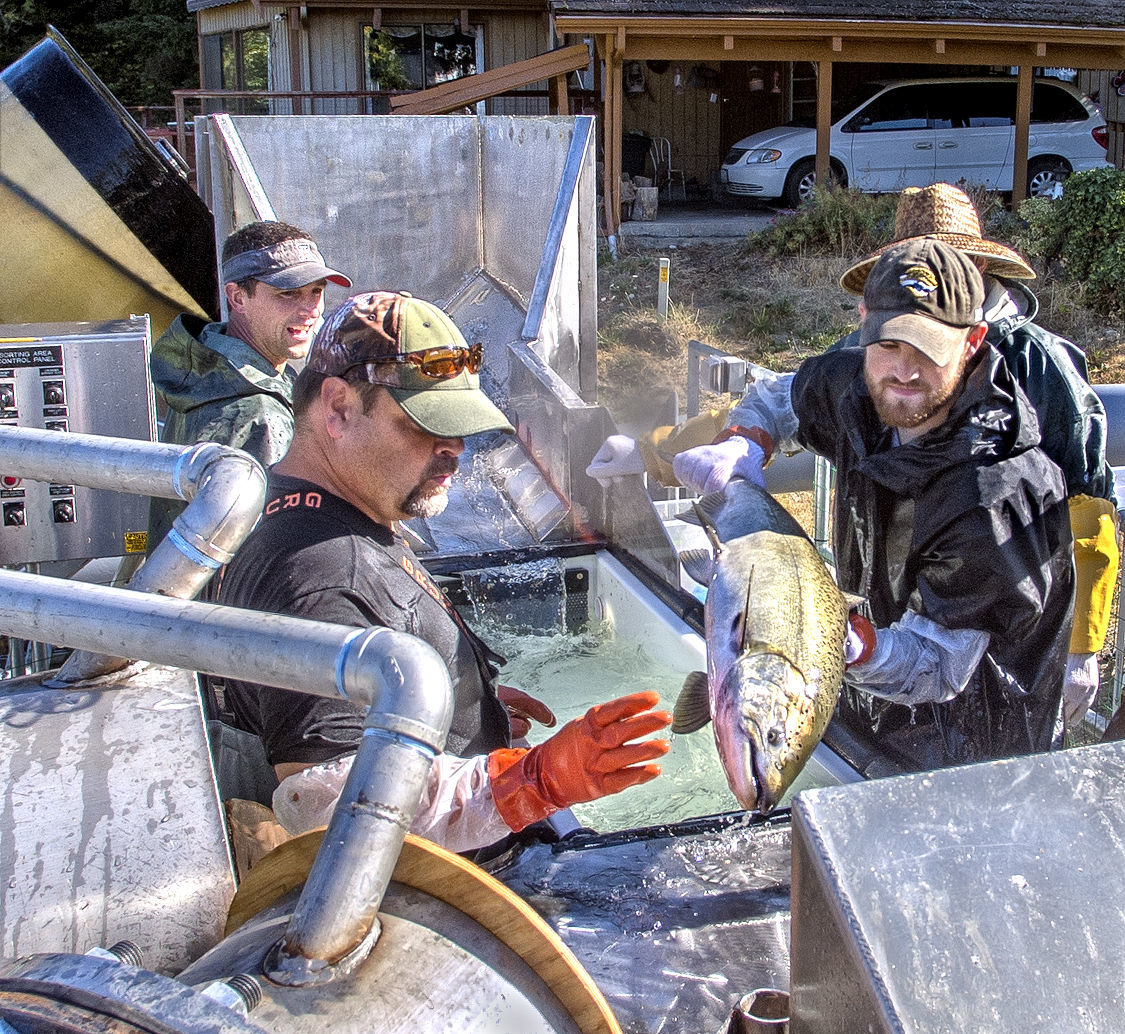 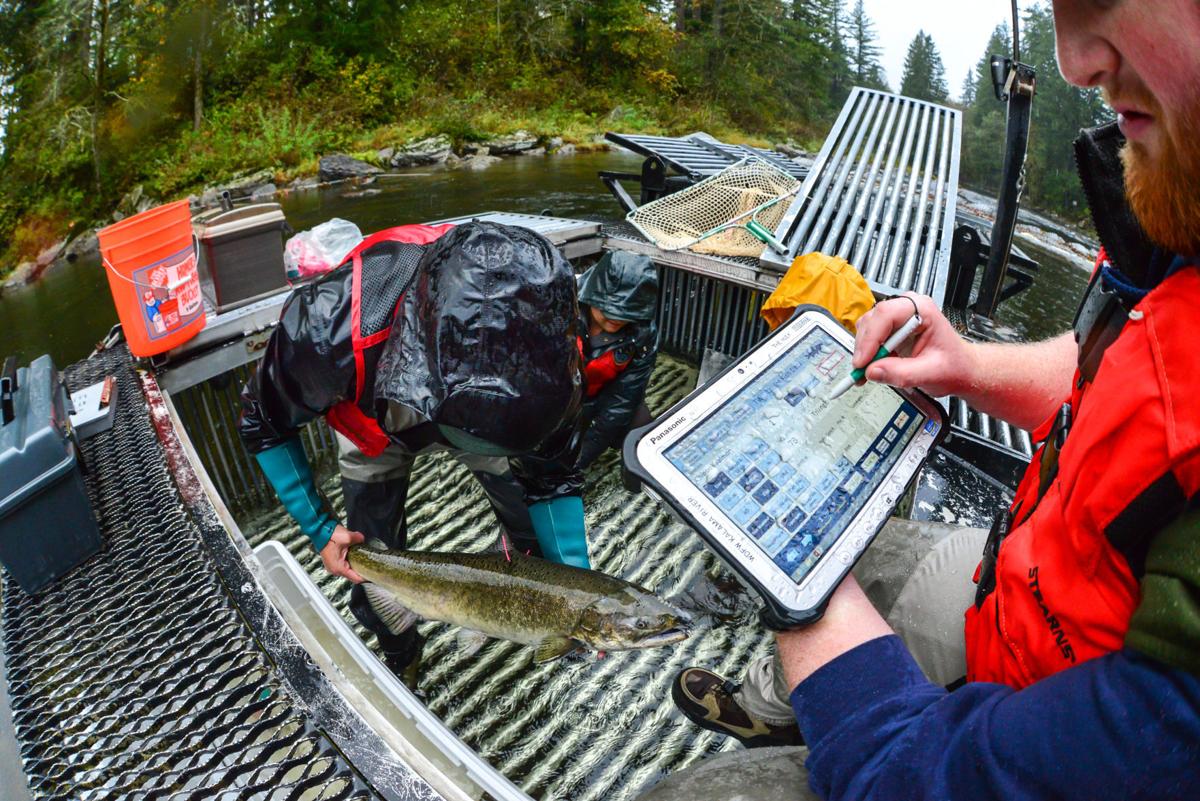 The state's Department of Fish and Wildlife says cuts could be coming, including hatchery programs along area rivers, if the legislature doesn't agree to provide more funding to the agency.

The Washington Department of Fish and Wildlife is facing a budget shortfall, and has asked the state legislature to provide funding to get it through the next year.

If the legislature fails to do so, popular programs in Southwest Washington could face cuts.

Governor Jay Inslee has asked legislators to provide $15.6 million in general operating funds for WDFW. His budget also includes $8.2 million that would accrue if legislators pass a bill to increase hunting and fishing license fees.

However, the legislature is unlikely to pass a bill to do that during this short session.

During the 2019 legislative session, the department was denied a license fee increase of 15 percent, as well as the Columbia Basin Endorsement, which provided funds for multiple fisheries programs on the Columbia River.

Nate Pamplin, the Director of Budget and Government Affairs for the WDFW, was asked recently if he thought the legislature would provide the much-needed funds.

“We really hope that they will,” Pamplin said. “We are facing a pretty severe shortfall. The problems been around for a while.”

Pamplin explained that the department’s budget was cut by 25 percent during the recession of 2008, and those funds have never been restored.

“Each biennium we see cost increases without the mechanism to generate the revenue behind it,” he continued. “So, we have asked for general funds to close the hole for this biennium as well as for them to appropriate the revenue in a manner that will become ongoing.”

There is broad support for the funding.

Overall, the letter represents over 45 members of groups and clubs with a wide variety of interests, and they are asking for more funds, $26 million, than the governor requested.

The letter reads, in part:

“The case for fully-funding WDFW remains evident. Not only are Washington’s wildlife and ecosystems critical to our quality of life, they are under increasing pressure from our state’s burgeoning population and increasing development. WDFW is the agency primarily tasked with sustaining our state’s priceless natural heritage against these threats.”

“It’s really neat to see the diversity of different outdoor leaders that occasionally on different policy issues will disagree,” Pamplin said. “The common denominator for them is to see the department be a healthy agency and be fully funded.”

Mitch Friedman of Conservation Northwest, one of the signatories of the funding letter, spoke to the diversity of the letter’s coalition.

“What brings us all together is that if the department does not get funded, we all lose,” Friedman said.

He made the comment that other states have found a way to fully fund their fish and wildlife agencies. All that is lacking in Washington is the will to do so.

Some of the programs that will be affected include the Western Washington pheasant-release program. The lack of funds would mean fewer birds produced by the state game farm, and distributed in the wildlife areas close to Vancouver.

Funds would also be cut for the WDFW’s role in the fight against Treponema-Associated Hoof Disease. The funding for research through the Washington State University is not in danger, but the funds that would allow the WDFW to support that important work would be reduced.

Other cuts would involve hatchery production in the Columbia meant to support orcas, and funding to address sea lion predation.

Butch Smith of the Ilwaco Charter Association and Coho Charters is also one of the signatories of the letter to the legislature. He spoke to the need for fully funding hatchery production and law enforcement.

“We certainly know what the lack of (hatchery) production is doing,” Smith said. “It costs money to produce fish.”

Smith also notes that the department contributes over $300 million in revenue to the state’s general fund, while drawing back only about $100 million per biennium.

“That $26 million would help for raising trout, for hatcheries, for hunting access, and for law enforcement officers,” he said.

Smith said it’s time to quit starving the agency with one-time shots in the arm, and fully fund the department.

“The Governor’s budget does make us whole for this biennium,” said Pamplin, “but it does not address our funding completely on an on-going basis. It will still leave a sizable hole starting in 2021.”

That is what concerns Smith, too.

“This needs to be done in a more practical manner,” he said. “I would like to see a cost of living increase for the department or some kind of permanent revenue source.”

For Washington citizens who want to contact their senators or representatives in Washington State government to let them know their thoughts concerning the budget, go to: http://leg.wa.gov/LIC/Pages/hotline.aspx.

PORTLAND, Ore. (AP) — The manager of a pawn shop was shot and killed outside it in Portland, Oregon, Monday afternoon, police said.

SALEM, Ore. (AP) — Cattle producers can apply to compete for access to federal grazing allotments that Oregon’s Hammond Ranches lost in a cour…

ASTORIA, Ore. (AP) — A Pacific snake eel, a species rarely seen in waters as far north as Oregon, was found in the sand near Astoria over the …

PORTLAND, Ore. (AP) — Retired U.S. District Judge James A. Redden, who presided over the Northwest’s biggest salmon lawsuit and had served as …

DES MOINES, Wash. (AP) — A 66-year-old teacher and track coach at a Des Moines high school has been charged with four counts of communicating …

Weeks after the fever, sweats and headaches from a nasty bout of COVID-19 were gone, Seattle freelance writer Christy Karras showed up for an …

SEATTLE (AP) — A look at virus-related developments in Washington:

The state's Department of Fish and Wildlife says cuts could be coming, including hatchery programs along area rivers, if the legislature doesn't agree to provide more funding to the agency.