Woodland city officials Monday updated Southwest Washington Congresswoman Jaime Herrera Beutler on a stalled project to update an intersection along Interstate 5 and pitched it as a candidate for federal funding.

The project is currently at a standstill, like the traffic that often backs up entering the city at the Exit 21 off-ramp. The interchange at the south end of town handles traffic entering and exiting Interstate 5 at State Route 503, which is heavily congested, especially during the weekday rush hour.

As the city of Woodland and areas nearby in Cowlitz and Clark counties continue to grow, Woodland Mayor Will Finn said the intersection is the city’s “biggest headache.”

Finn said the city reached out to the Congresswoman a few weeks ago after learning the House brought back earmarks, which would allow lawmakers to request funds for projects in their home districts or states.

“It got us excited because it’s another avenue we could explore,” Finn said.

Herrera Beutler said Monday even without the area’s growth, the improvements are needed. But she said she doesn’t know how much funding will be available or when.

The congresswoman serves on the House Appropriations Committee but said she doesn’t have as much of a “looking glass” into the procedure because Democrats control the House. Herrera Beutler said she has good relationships with other members on both sides of the aisle but “I would be excited if we saw any funding by the end of the year.”

A study by engineering consultant Kittelson and Associates in 2020 proposed two types of designs to reduce congestion: Reconfiguring the traffic lights and intersections or building three new roundabouts.

Both concepts improve traffic flow, particularly for the Exit 21 northbound off-ramp, according to the study. The designs also have the same estimated price tag of about $13 million to $15 million.

Public Works Director Tracy Coleman said the city needs about $400,000 to $450,000 to pay for the 30% engineering designs for both options. Designing both at the same time will help the city save time and money if the signal option doesn’t work out, she said.

Woodland has about $1 million from WSDOT and the Cowlitz Wahkiakum Council of Governments it can spend on the project. But Coleman said the city can’t use the money for the 30% designs because if construction doesn’t start within two years of spending, the city will have to pay the money back.

“The bottom line is we’re looking for funding for the overall project cost, so then we can use the $1 million match we have committed and won’t have to pay it back,” she said.

Finn said the city has taken the project as far as it can without more funding from another source.

“We’re thankful the congresswoman took time to come into Woodland and listen to us pitch our idea,” he said. “We’re just trying to let her know and let the community know this is still an option for us. It’s No. 1 on our list to fix.”

Herrera Beutler told the city any letters or other written documentation supporting the project from the city council, chamber of commerce or other community organizations would help the project’s chances of receiving federal funding.

“The goal is to show everybody how this money would be allocated,” she said.

The City of Woodland has narrowed down plans for relieving congestion at the often snarled Exit 21/Interstate 5 junction to two options, and i…

The Port of Woodland will contribute $100,000 to study and design ways to improve traffic flow in the city of Woodland. 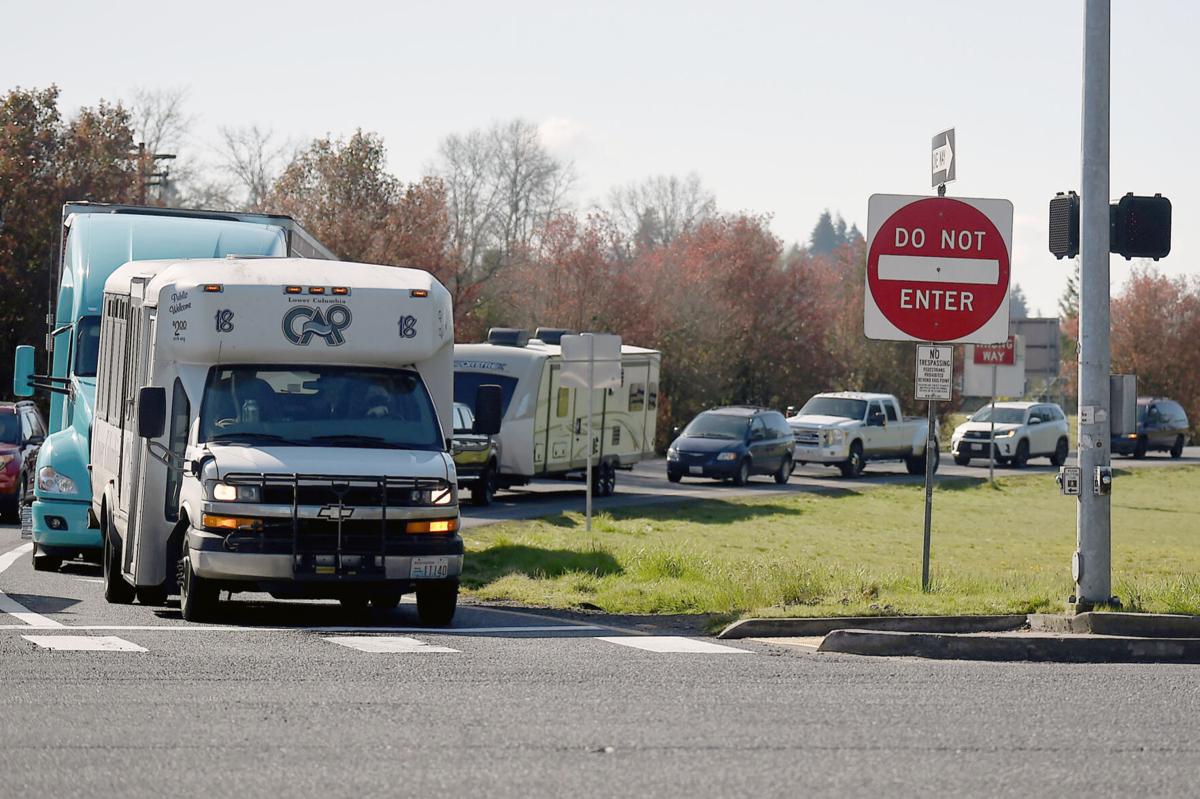 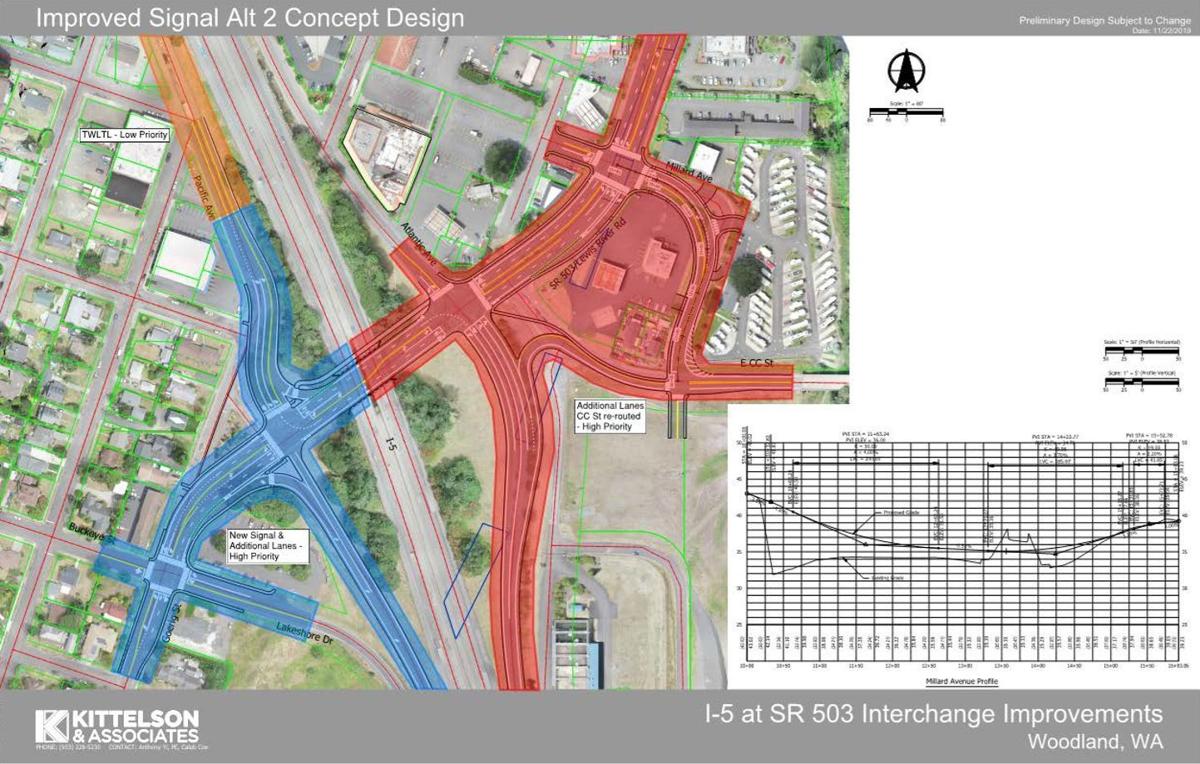 One intersection-based proposal for Exit 21. 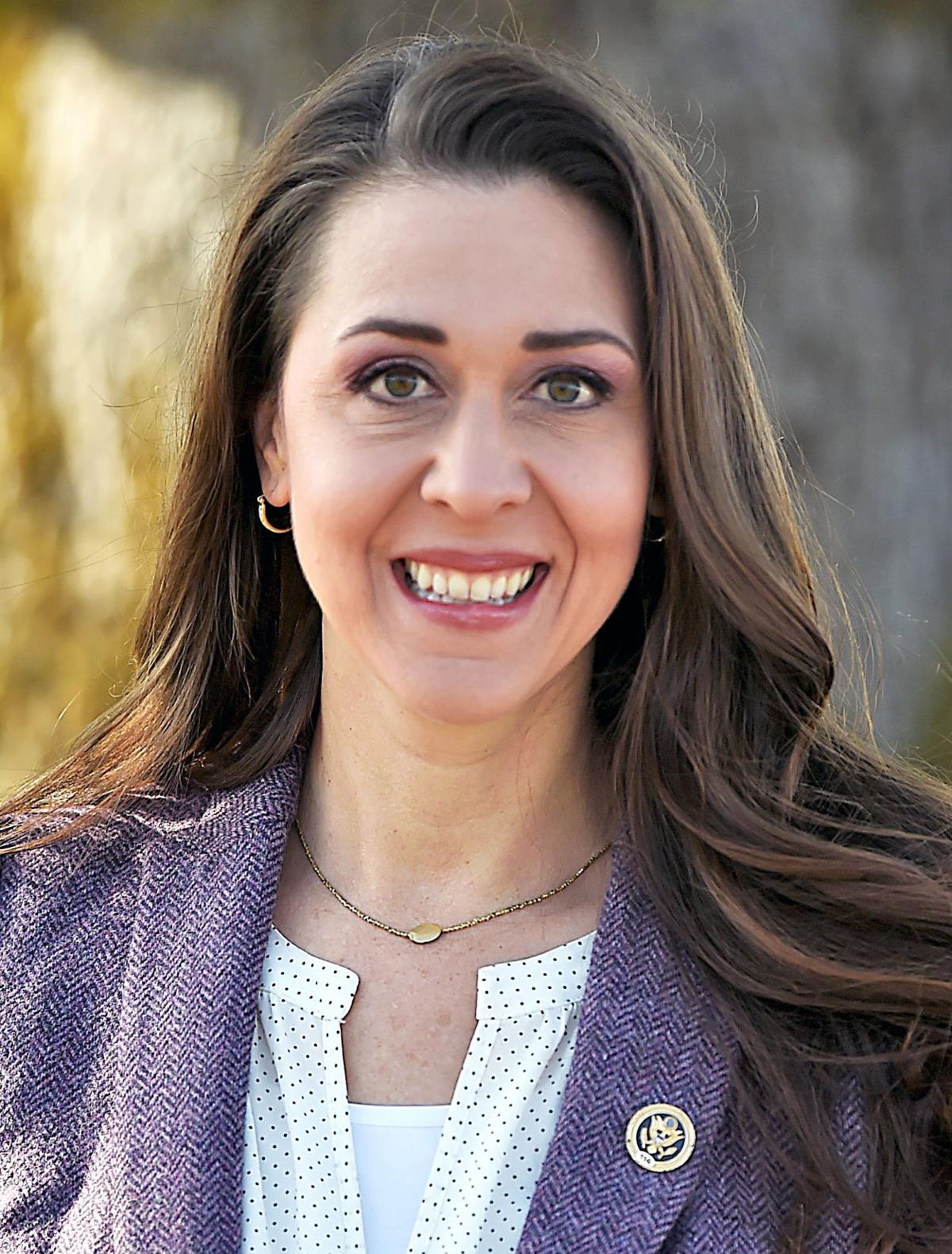