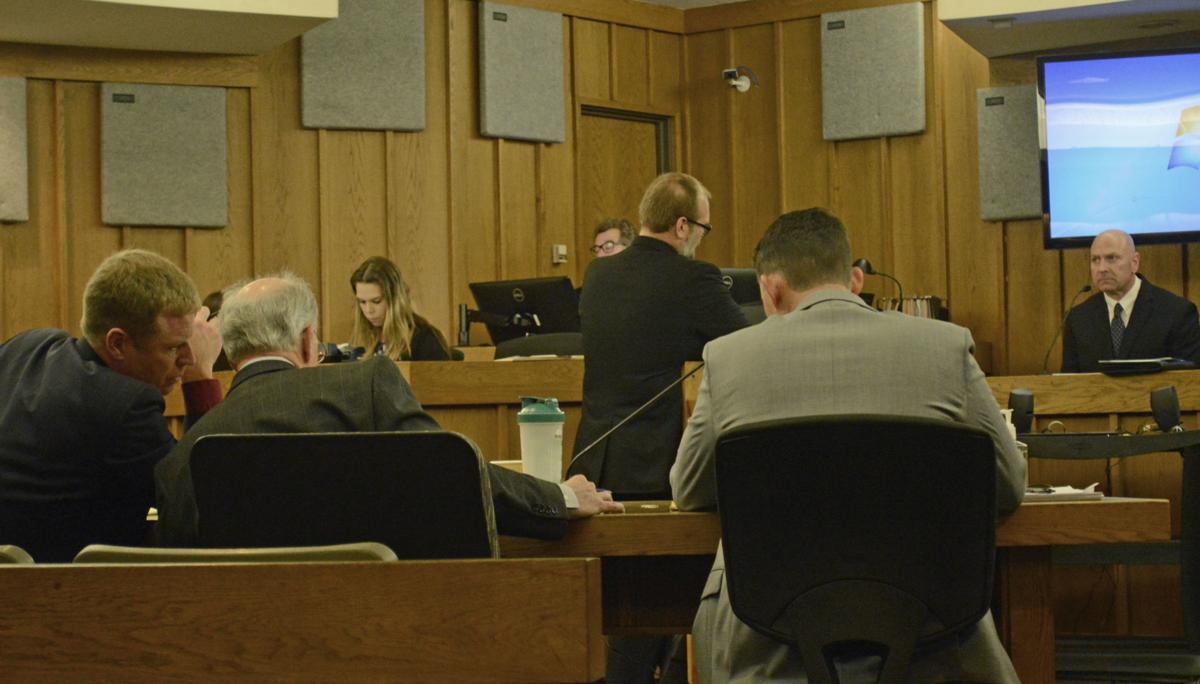 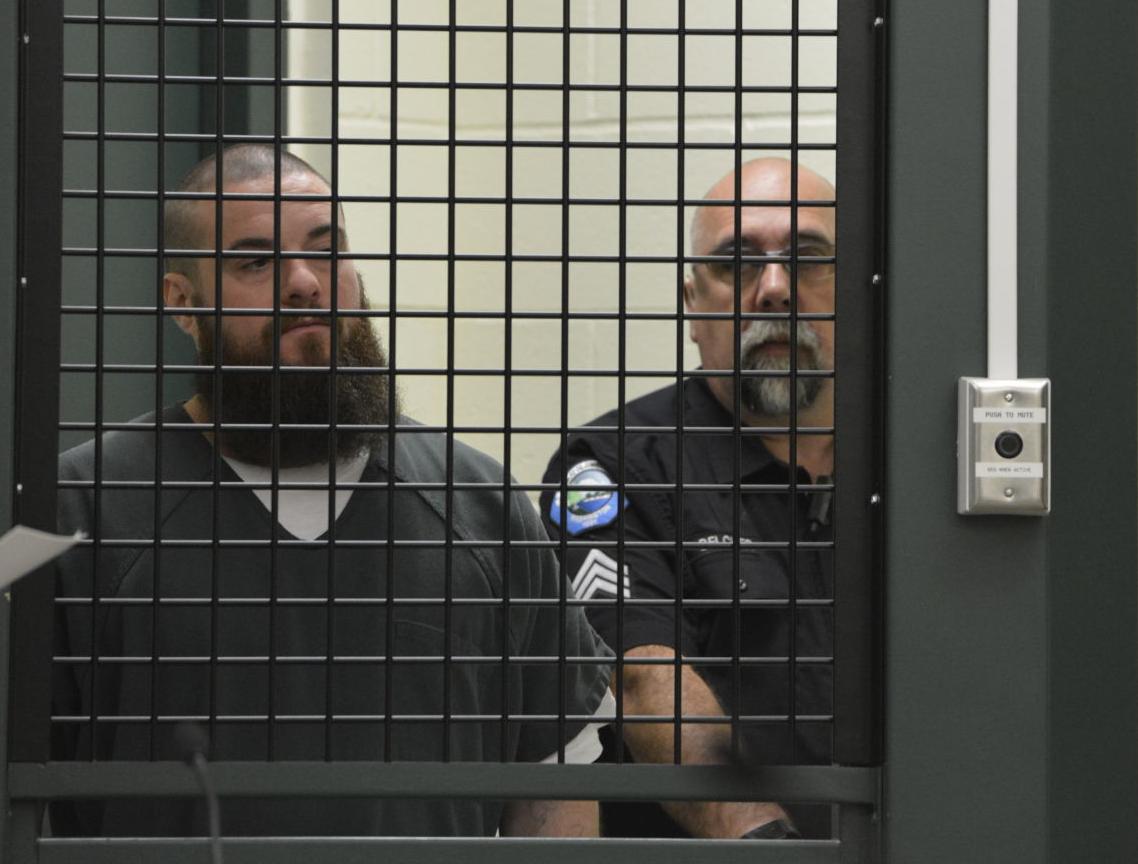 Dustin Griffin, accused of the 2016 murder and burglary of a Woodland man, entered a not guilty plea during his arraignment in October 2018.

Dustin Griffin, a Vancouver man accused of killing a Woodland resident and lighting his house on fire after burglarizing him in 2016, is schedule to testify at his murder trial, which started in earnest Wednesday.

Nearly two years after Donald Howard, 63, was found dead inside his burning home on Dahlia Street, Cowlitz County sheriff’s deputies booked Griffin, 40, and arrested his alleged accomplice Kristopher Hoyt, 27, on allegations that they killed Howard while burglarizing his house.

During his opening statement Wednesday, Griffin’s defense attorney Josh Baldwin said his client will testify that “he had nothing to do with this murder.” The prosecution’s case has “discrepancies” in its time frame and evidence, Baldwin said.

“The primary point of contention is whether or not you will hear evidence that my client did it,” he told the jury.

Deputy Prosecuting Attorney Tom Ladouceur said in his opening statement that Griffin knew Howard was a “soft target” for a burglary because he lived alone, regularly left the house to go fishing and was known to have gold. When Howard returned home during the burglary on Nov. 22, 2016, and encountered Griffin and Hoyt in his residence, it was a “recipe for disaster,” he said.

Ladouceur said the jury will see evidence and hear from a variety of witnesses, including Griffin’s alleged accomplice Kristopher Hoyt, that will show he is guilty.

Howard regularly went fishing each day around 4 or 4:30 a.m., which was “anything but a secret,” Ladouceur said, without being more specific. Along with collecting memorabilia sporting eagle motifs, including knives, watches, cigarette lighters and coins, Howard also regularly wore several pieces of gold jewelry, Ladouceur said. Several of those items were missing from his home after his death, according to court records.

Detectives identified Griffin and Hoyt as suspects through shoe-print and paint chip forensics, cell tower data and detective interviews. Hoyt was also a major source of information, according to court records.

In September 2018, officers interviewed Hoyt at the Monroe Correctional Complex, where he was serving time for an attempted burglary conviction from Clark County. Hoyt admitted to participating in Howard’s murder and said he and Griffin drove to Howard’s home in a blue Dodge Ram that Griffin had stolen. They believed Howard was away fishing when they went to burglarize his house.

But Howard returned while Griffin and Hoyt were still in the residence, leading Griffin to repeatedly strike him with a baseball bat, Hoyt told investigators. Hoyt said he and Griffin bound Howard by the ankles and wrists, then loaded up the truck with eagle items, coins and jewelry taken from Howard. Griffin was armed with an “assault rifle” during the burglary, Hoyt said.

Griffin later returned and attempted to burn down the residence, Hoyt said. Fire crews responded to Howard’s home at around 4:30 a.m. and quickly extinguished the fire, according to court records. Firefighters found a propane torch near the front door two five-gallon propane bottles and two lighter fluid bottles inside the house near Howard’s body.

The trial is expected to last about two weeks.

Dustin Griffin, accused of the 2016 murder and burglary of a Woodland man, entered a not guilty plea during his arraignment in October 2018. 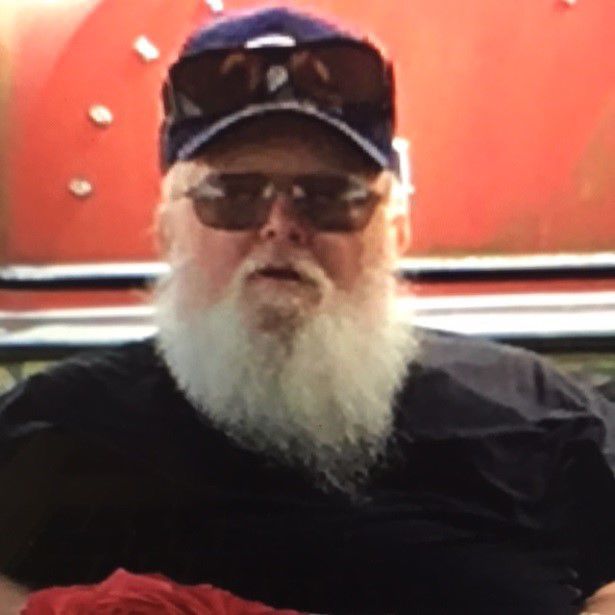