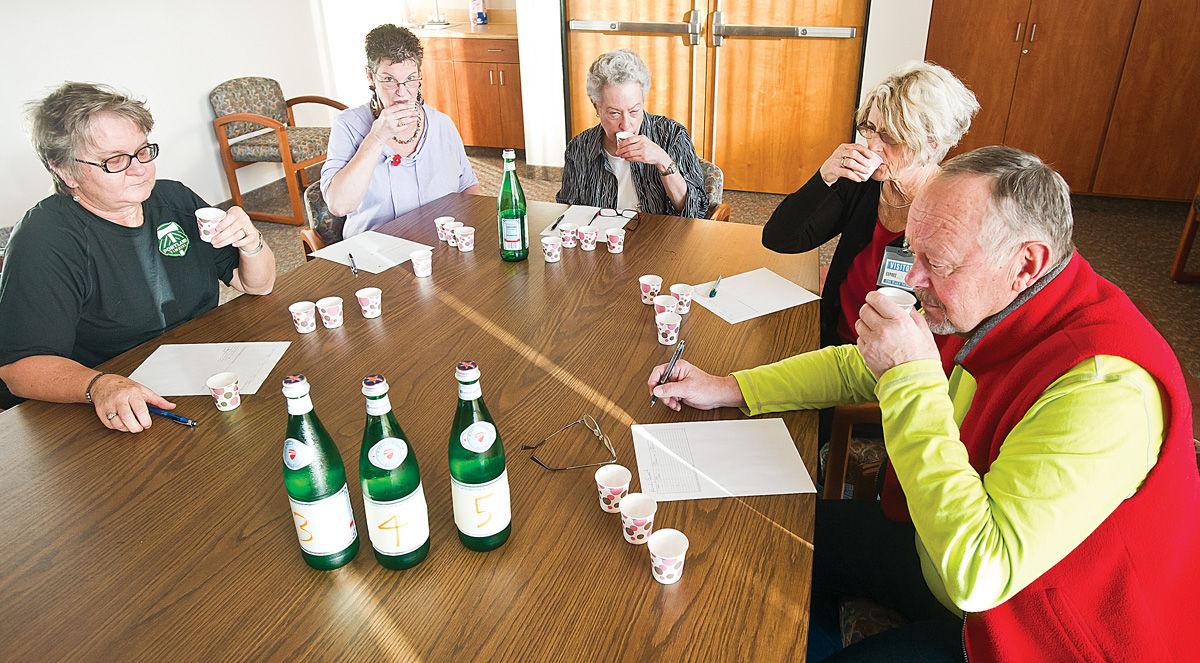 The Daily News' panel of water-tasters from Kalama -- from left, Rosemary Siipola, Sheli Sweet, Lesley Bombardier, Mary Putka and Randy Sweet -- were offered water samples from four Longview locations and one from their hometown. 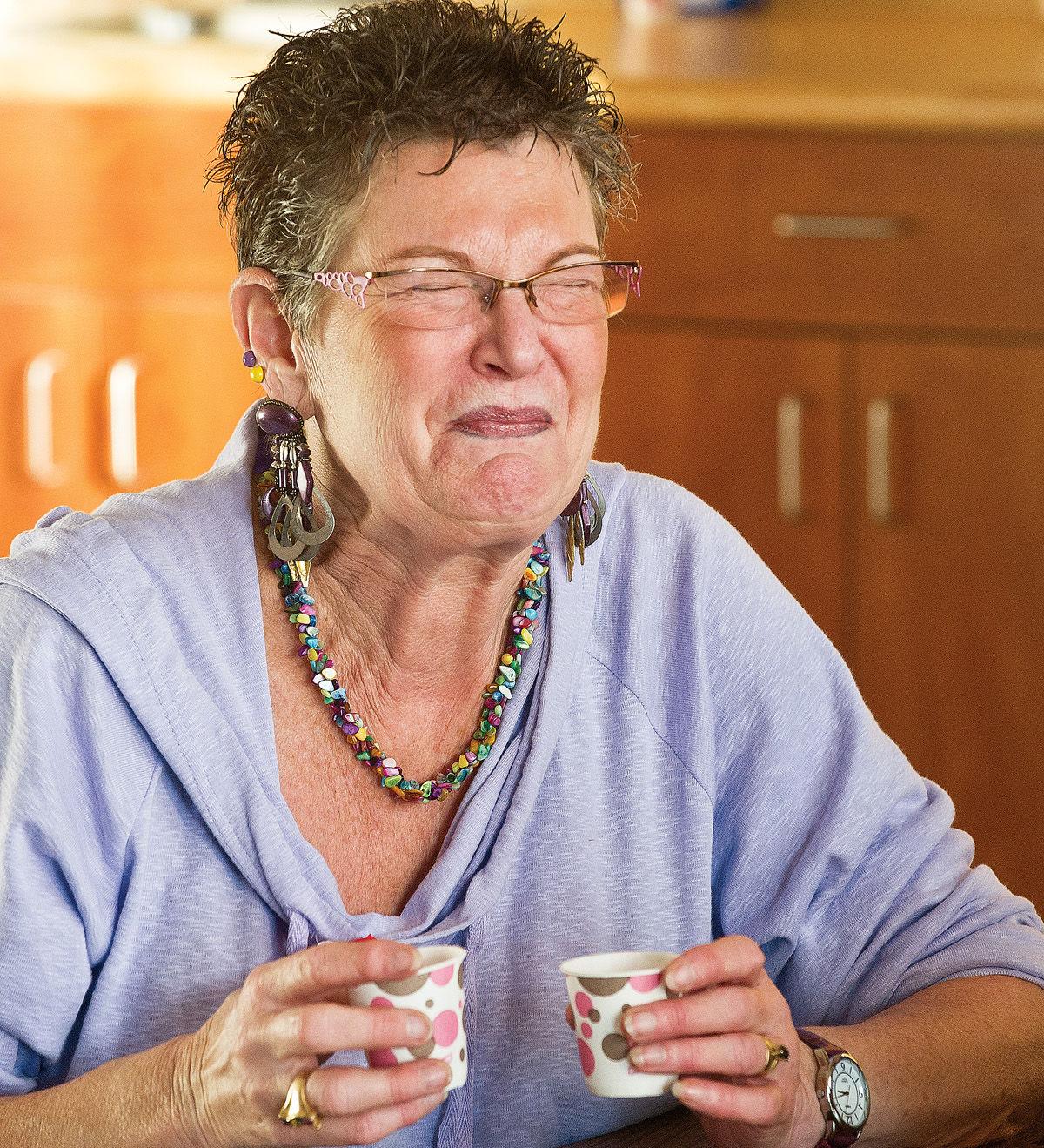 Water taster Sheli Sweet had a not-so-sweet reaction to the taste of one Longview water sample. 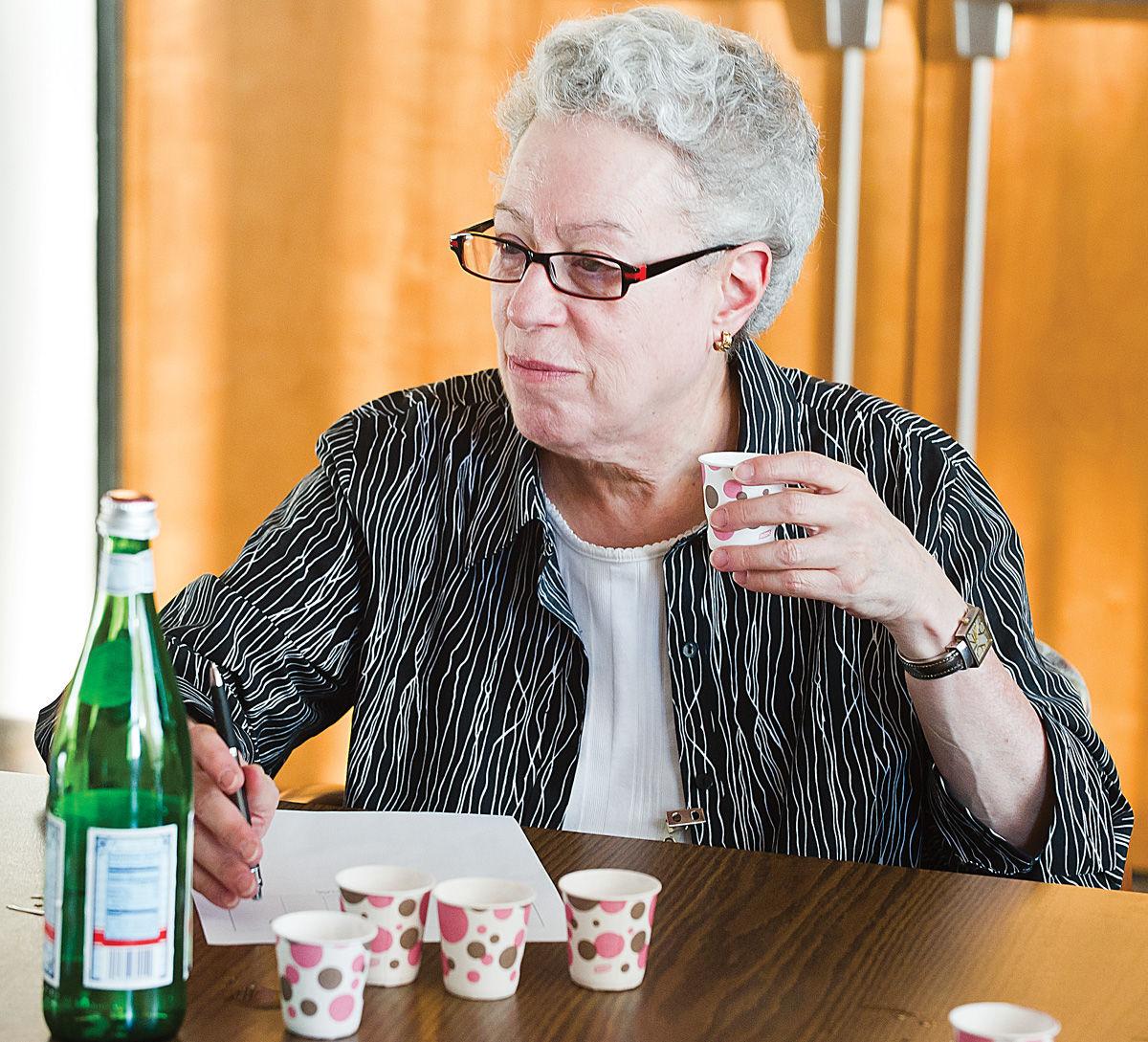 Among The Daily News' panel of water-raters was Lesley Bombardier, Cowlitz County's former director of Health and Human Services.

It’s well-established how many Longview residents feel about their water — it stinks, it’s undrinkable, watch out for that class-action lawsuit — but what about outsiders?

A panel of five expert tasters, all from Kalama, gathered at The Daily News on Friday afternoon to blindly sip on water from five different sources in a completely unscientific experiment.

The words “first-world problems” were tossed around our tasting table and the water was deemed drinkable, but in the end, they agreed they “wouldn’t choose” to live with the samples that they ranked the lowest.

And the taste and smell isn’t the same as living with the water, which has become infamous for leaving permanent streaks and spots on dishes, sinks, appliances and cars.

“You see that, you think, ‘I probably shouldn’t be drinking this,’ ” said taster Rosemary Siipola, a former local government planner.

Among the samples were bottles from the Highlands, the Olympic Addition, Columbia Height and the Old West Side in Longview, and one from Kalama. Samples were rated 1 to 10 for clarity, taste, smell and overall quality.

Kalama’s award-winning water didn’t win outright in the blind test — though it did receive the fewest negative comments.

Columbia Heights water was rated highest in every category but was called “flat-tasting.”

Olympic Addition water was deemed most offensive, with a chlorine smell and bad aftertaste.

Tasters weren’t told what they were drinking until they were done rating the samples.

They may have been biased in knowing, of course, the water has a bad reputation.

He detected at least slight chlorine on all but the Old West Side samples, which he rated highest.

Mary Putka pointed out that the longer the water sat — mere minutes in some cases — the more that chlorine became noticeable, especially in the Highlands water.

Sheri Sweet rated Highlands water the worst and put her own water supply behind the Columbia Heights sample.

Only Lesley Bombardier, a former director of the county’s Health and Human Services, was able to pick out her hometown water, ranking it the best with a “7” and the four other samples an overall 5-out-of-10 each.

How did we get to Mint Farm water, and what are the options from here?

Like a catchy chorus on a Top-40 radio station, some people in Longview have been repeating, “Go back to the Cowlitz River!” So let’s go back — not to the river as a water source, but to Longview’s transition from the Cowlitz to the Mint Farm Regional Water Treatment Plant.

The Longview City Council on Thursday will vote on whether to invest an estimated $350,000 to improve the quality of city water by adding oxyg…

Even with debate raging over fluoride in Kalama’s water, recent awards have city leaders cracking jokes about bottling and selling what flows …

Residents rate Longview water a 4.5 out of 10

The Daily News' panel of water-tasters from Kalama -- from left, Rosemary Siipola, Sheli Sweet, Lesley Bombardier, Mary Putka and Randy Sweet -- were offered water samples from four Longview locations and one from their hometown.

Water taster Sheli Sweet had a not-so-sweet reaction to the taste of one Longview water sample.

Among The Daily News' panel of water-raters was Lesley Bombardier, Cowlitz County's former director of Health and Human Services.