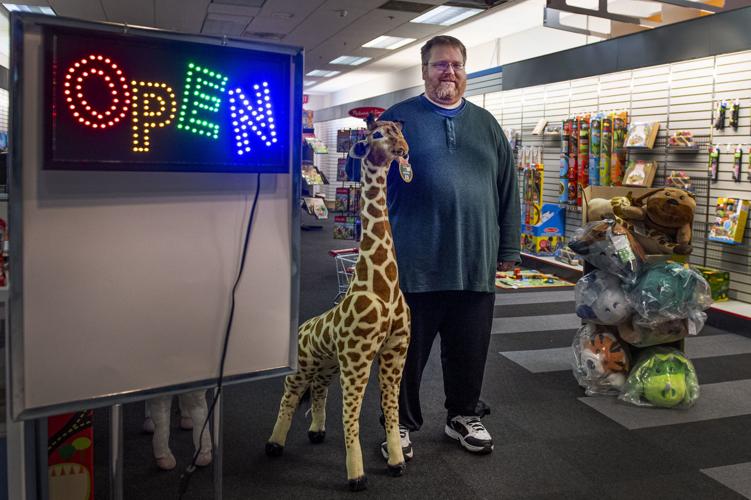 DCP Hobbies owner Dan Vannelli poses for a photo in his new Three Rivers Mall shop "What??," a learning-based children's toy shop, which opened in November. 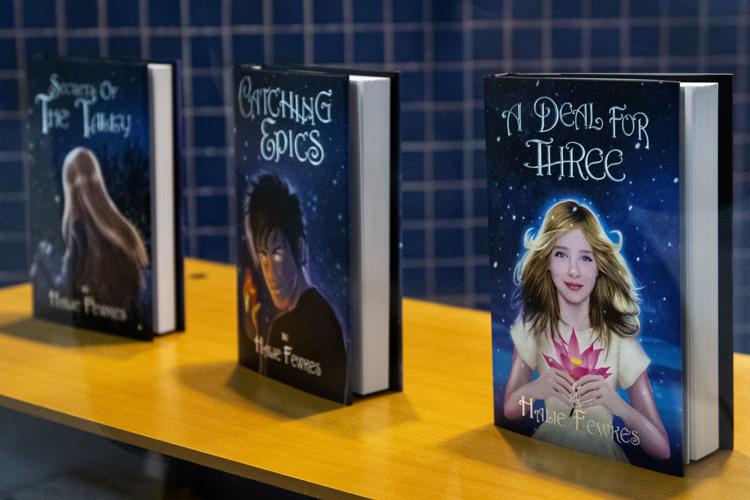 The three-book young adult series “Secrets of the Tally" by Kalama author Halie Fewkes is featured in the new children's store "What??" in the Three Rivers Mall.

Dan Vannelli’s hobby shop got more foot traffic when he moved from downtown Longview to the Three Rivers Mall eight months ago. Sensing another business opportunity, Vannelli opened a second shop in the mall that is geared towards children.

Vannelli opened What?? on Nov. 15 in a space near the vacant Macy’s anchor location across the corridor from The Family Room, a laser tag and kids entertainment venue.

What?? sells educational learning toys for kids up to 8 years old, but he hopes to eventually have items for all ages.

“Some parents can use these toys as a tool to get their kids off the computer and TV and teach them life skills,” Vannelli said Monday. “The kids can imagine being a vet or a doctor. They can try different things from music to art to science.”

The 2,000 square-foot store offers dinosaur puzzles, educational games, plush toys and books, such as the “Secrets of the Tally” young adult series by Kalama author Halie Fewkes. He wants to add more train sets and decorate a back corner with signs about volcanoes, space and gravity.

“I figured kids always ask questions, and if they saw What?? coming out of (The Family Room), they will want to come check it out,” he said.

Vannelli said he has many families as regular customers at his other mall store, DCP Hobbies. But that location doesn’t offer much for young children, so he wanted to open another space to serve everyone between the two stores. He has three hired contract workers who help him run the stores.

He said he wanted to establish the store across the hall from The Family Room so the two businesses could work together on things such as birthday parties. Vannelli hopes to create an online registry for kids’ parties so parents can request toys. Guests could then purchase a gift online and then pick up the wrapped present at the store before going across the hall to the party at The Family Room.

“Parents get excited, too, when they see toys they used to have or toys they wished they had as a kid,” he said.

Opening up the second store required an initial investment of a few thousand dollars, Vannelli said. He currently has about $5,000 in inventory, and he plans to slowly expand it.

“It’s not as hard to start a business as people think it is. I don’t have lots of money. I’m doing it on the fly. It’s a month-to-month effort,” Vannelli said. “You start with something and then add more, sell some more and then add some more.”

Business has been steadily growing, Vannelli said. Each Saturday does better than the last, and he expects the business will be profitable by March or April.

He even has an idea for a third business he might open in the mall, but he’s keeping tight-lipped for now.

Vannelli says he isn’t the only business owner investing in the mall. More spaces are filling up and foot traffic is increasing. Two new businesses have moved into What??’s wing since the holidays, he said, and a coffee shop and sandwich shop may start operating in the food court.

“The mall hasn’t been empty for a little while now, it’s just the public perception and that changes over time,” he said. “It was a good business decision to move (DCP Hobbies) here. My numbers are up.”

Republican Joe Kent took a 960-vote lead over Rep. Jaime Herrera Beutler in ballot returns on Monday, placing him in a likelier spot to advanc…

Man acquitted in deaths of 7 motorcyclists

DCP Hobbies owner Dan Vannelli poses for a photo in his new Three Rivers Mall shop "What??," a learning-based children's toy shop, which opened in November.

The three-book young adult series “Secrets of the Tally" by Kalama author Halie Fewkes is featured in the new children's store "What??" in the Three Rivers Mall.