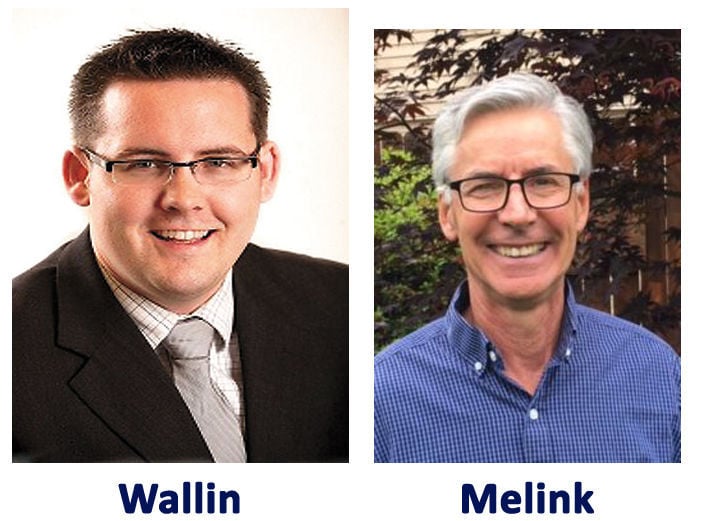 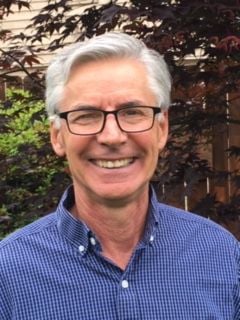 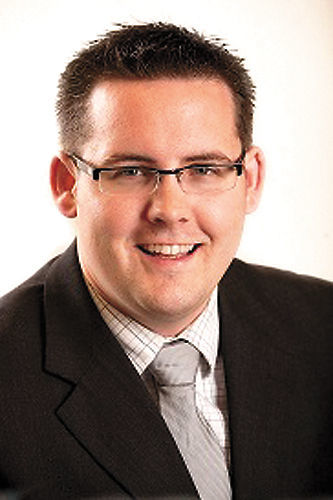 It didn't take long for the gloves to come off when incumbent Longview City Councilman Mike Wallin and challenger, John Melink, faced off at a joint interview with The Daily News editorial board Wednesday.

Melink accused Wallin of lacking honesty and transparency as a councilman. He pointed to Wallin's role in controversies with the housing authority, library, board appointments and the council's relationship with city staff.

Wallin, in response, accused Melink of basing his opinion on "gossip" because he has not been personally involved in city governance and only recently started regularly attending public meetings. Melink doesn’t know the process, Wallin said repeatedly, because “you weren’t there.”

Wallin has done some good things as a councilman, Melink said, but he has divided the community.

"We have a City Council position here that there's no need for it to be as divisive as it is," Melink said. Then, turning to Wallin, said, "I don't know if you pick up that with community members (but) there's a whole bunch of people who are very upset with the way you have conducted yourself in office. If it wasn't for that, Mike, I might not be running against you."

Wallin said he treats the position like a job.

"I'm just an advocate. My job is to respond to the residents. I'm very active and very engaged and very visible in the community and people share with me their frustrations and their concerns and their wants and their hopes for this community and it's my job to balance those with what we can afford," he said.

While the two candidates have similar positions on many city issues, their race for Longview City Council position 1 has become a referendum on leadership style and what is perceived as a council voting bloc that takes its cues from Wallin.

The outcome of the race could change the tenor of the entire council. Mayor Pro Tem Wallin, who is seeking his third four-year term, is outspoken on the council and his colleagues often appear to follow his lead. He called himself a liaison and an advocate for the community and has said he isn't afraid to ruffle feathers if that is what is necessary to protect ratepayers.

Melink, on the other hand, is often soft-spoken and has a mild demeanor. His wife, Mary Jane Melink, served on the council for 12 years. Wallin has said she was a "rubber stamper" on the council and that her husband will be, too. However, in what seemed to be outside his regular character, Melink didn't hold any punches this week in criticizing Wallin's performance on the council.

However, Melink said Wallin has become a “divisive” figure in the community due to his public criticism of city staff, which he says has caused a “brain drain.” Former city employees told TDN earlier this summer that Wallin's abrasive style and public criticism of their performances drove them to leave the city for other jobs.

“Mike goes online and criticizes and demeans and calls for the firing of people in the city. Everything I know about leadership — and I've got a lot of experience in it — says that is absolutely wrong, and to me, that's unacceptable,” Melink said.

Wallin disputed the claim that city staff are leaving, saying many city employees are “very happy with the city.” The council members have a good relationship with staff, he said, and their praise outweighs their criticism.

“Staff are not leaving the city with any other propensity than what any other community is facing in our state or across the country,” he said.

Melink also criticized Wallin for his calls for the housing authority board to step down. Wallin, on behalf of Mayor Don Jensen, sent an email to the council saying they would ask the entire board to step down, due to “inefficiency.”

The email was leaked to The Daily News and the mayor eventually backed off the charges but over the next year, housing authority Executive Director Chris Pegg and most of the board ended up leaving anyway.

“The director of that organization was a statewide, nationally recognized individual,” Melink said. “The board had done a good job. And then just to arbitrarily say ‘I want to replace the entire board’ without some more transparent discussion about what the issues were is not right.”

Wallin said “there might be a point made about transparency” because employee performance discussions occur during closed executive sessions between the council and city management. But the process was disrupted, he said, when a member of council leaked the internal communication.

The council had been working with Housing Opportunities of Southwest Washington, formerly the Longview Housing Authority, to encourage the agency to focus on Longview, but the board was “unwilling,” Wallin said.

“So we asked, if they're not willing to serve the residents of Longview, that they would remove themselves from the board and we would appoint people that were,” he said.

It took leadership, Wallin said, to force the board to “course correct” and invest more in Longview. Since then, the relationship between the housing agency and the council has improved greatly, he added.

We can't do it without you. Support local journalism with our BEST DEAL EVER!
Already a subscriber? Log in or Activate your account.
Loading&hellp

Melink also accused Wallin of distorting the board appointment process to allow people who had missed the application deadline to be appointed over people who had made the deadline.

“I believe it's because you wanted the people that you know and you felt comfortable with on those boards, even though they didn't meet that timeline,” Melink said.

Sometimes timelines are missed due to a lack of applicants or qualified applicants, Wallin said.

When Melink said the council should only consider applicants who met the deadline, Wallin responded, “Absolutely not. We should have the most qualified candidates.”

Wallin and Melink do agree on a few things. They both support the proposed Kalama methanol and Longview fertilizer plant projects. And they both want to hire five more police officers.

Melink praised the council for its efforts to improve streets and sidewalks and make the city attractive. Wallin thanked him for the compliment.

Both said they personally don’t have a problem with the city’s water, but said they frequently hear concerns from citizens about it.

Melink said he would want to conduct a scientific survey of residents before deciding whether to fund $18 million to $22 million solutions, which would increase water bills by at least $12 a month.

The council earlier this year directed City Manager Kurt Sacha to include a survey in utility bills, Wallin said. He supports one of the most expensive options to reduce silica, called reverse osmosis, because it is expected to be the broadest fix.

“I’m very concerned about the ability to pay for reverse osmosis but ... when I have the whole community, residents up in arms across all demographics, all across the neighborhoods in vast different areas, all complaining about the same issue, then we have a problem that we have to address,” Wallin said.

However, Melink said they differ on their approach to homelessness. The council’s recent ordinances regarding abandoned shopping carts and tarps in park structures are not addressing the core issue, he said.

It is not acceptable to have people camping in parks and at City Hall, he said, but the community needs to determine where it is acceptable for people to stay on a short-term basis.

“I do not subscribe to what I think Mike's approach has been, which is essentially to do nothing,” Melink said.

In perhaps the interview’s most dramatic moment, Wallin said current council members have volunteered to feed and clothe homeless people.

Wallin said the city has federal dollars it allocates for housing and shelters. It also reduced utility rates for local shelters and set aside $9,000 for a severe weather shelter for both 2019 and 2020. (City Manager Kurt Sacha chose not to award the money to Love Overwhelming last year.)

Both said they would like to hear alternative locations for a severe weather shelter other than the proposed location in First Christian Church 2000 East Kessler Blvd.

Melink said he agrees “100%” that it is problematic to have the shelter near schools, but “is it insurmountable? Can the city not provide some police protection if that is the only location we can find?”

He proposed that the city could help by providing a bus to transport people away in the morning.

“I am thankful that we have a group of volunteers and individuals who step up and want to provide severe weather sheltering, but it is the worst place imaginable to do it,” Wallin said.

If an alternative location isn’t found, Wallin said the city will have to make the temporary shelter the “least impactful” possible.

Education: Bachelor’s degree in political science from the University of Washington.

Education: Bachelor’s of science degree in mechanical engineering from Marquette University in Wisconsin.

How much do you know about Halloween?