KALAMA — A 300,000-pound piece of local history has taken its place at the Port of Kalama.

The port’s new vintage steam locomotive, once used by the Northern Pacific Railway, arrived in Kalama a little more than a week ago but was installed inside the Port’s interpretive center on Marine Drive Wednesday.

Crews used two cranes to move the locomotive and oil tender from rail cars to flatbed trucks, which then moved the engine down the road to the Interpretive Center. Crews reassembled the locomotive on tracks leading into the building and rolled it inside.

Wasatch Railroad Contractors, which specializes in railroad equipment restoration, helped load the locomotive onto train cars in Williams, Ariz., and then unloaded it Wednesday in Kalama.

Steve Lee, Wasatch operations director, said moving a locomotive like this takes careful coordination because of its weight, 150 tons. Just the bronze bell atop of the engine weighs 400 pounds, he said.

“If it was as easy as it looks, everyone would do it,” Lee said. “It’s blue collar science.”

The port has been trying to acquire the steam locomotive for years, Wilson said. The Interpretive Center was designed to hold engine SP&S 539. The floor is reinforced to hold its weight and railroad ties were installed. The wall was also designed to be removed so the locomotive could be rolled inside.

The locomotive is one of only 20 of these steam engines in the country, Wilson said. The Grand Canyon Railway agreed to sell the locomotive to the port last year, and the port commission in July approved spending $375,000 to purchase and move the engine and tender.

SP&S 539 was built in 1917 in Dunkirk, New York, for the Northern Pacific Railway and was sold to the Spokane, Portland and Seattle Railway in 1944, according to the Grand Canyon Railway. It was donated to the City of Vancouver in 1957 and placed in Esther Short Park for about 40 years. Vancouver donated the engine to the City of Battle Ground in 1997, where it was then displayed at Fairgrounds Park. The Grand Canyon Railway bought it in 2007 and put it on display at the Williams Depot in Arizona in 2014.

Wilson said the steam engine’s tie to local history was key in getting it for the Interpretive Center.

The Northern Pacific Railway led to the creation of the town of Kalama, which was the western terminus of the company’s rail line in the late 19th century. The first spike was driven there in the early 1870, and within just a few months the working population exploded to approximately 3,500. Soon the town had a motto: “Rail Meets Sail.”

Melissa Wilson, Kalama Middle School history teacher, visited the port Wednesday morning to get a video of crews moving the locomotive to share online with her students, who are out of school because of the coronavirus outbreak.

“It’s really neat,” she said. “I love history. I already told my students it was here. To be able to actually see it on a video moving around is cool.”

Port Commissioner Alan Basso said the port plans to repaint the Grand Canyon Railway logo on the locomotive with the SP&S logo. He said he’s excited to have the locomotive added to the Interpretive Center.

See this story on tdn.com for more photos and video

Weyerhaeuser Co.’s Longview mill will not be affected by curtailments and reduced shift postures expected to reduce companywide operating capa… 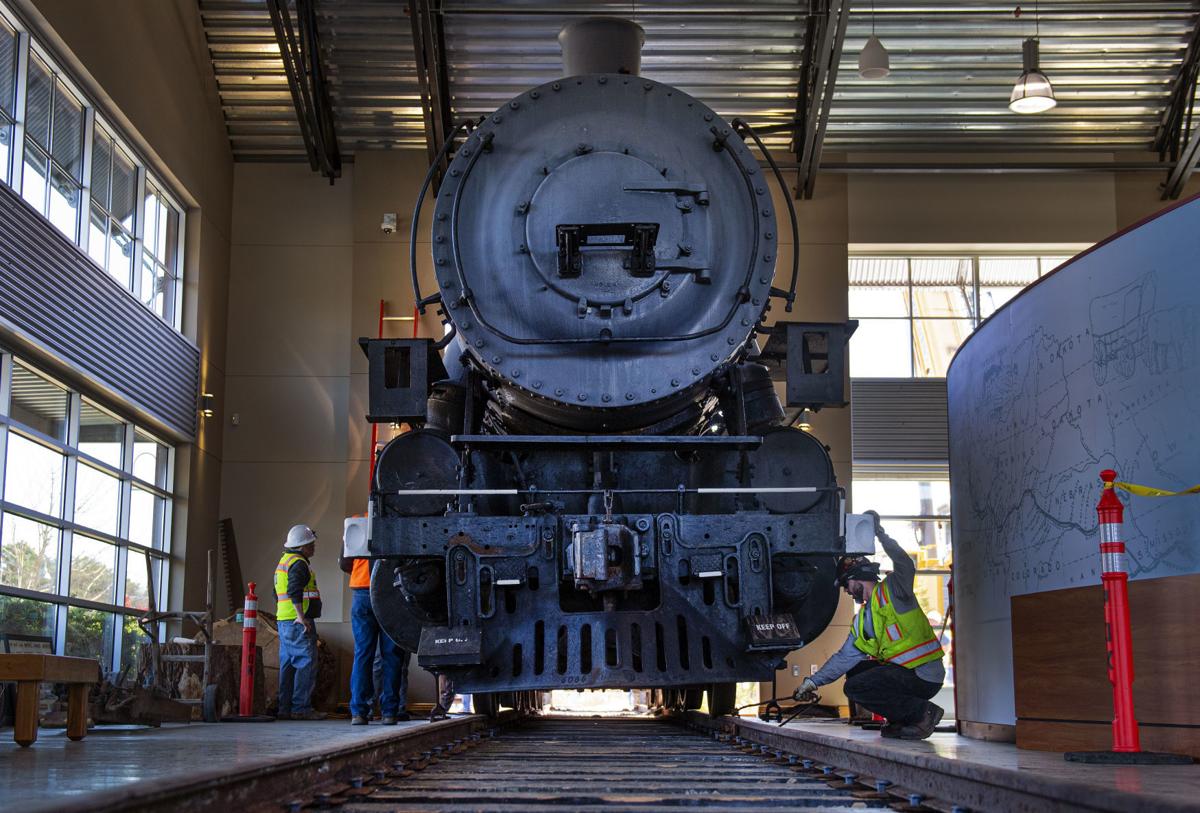 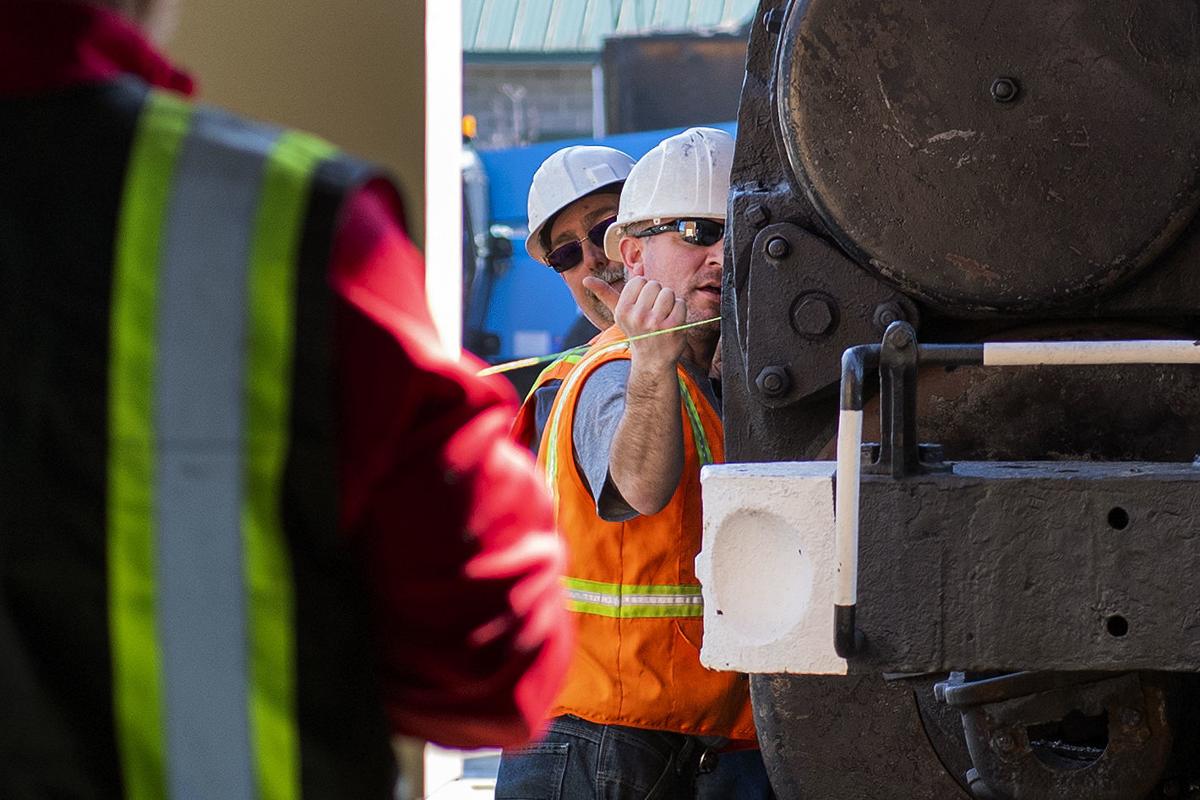 Crews measure the space between the Port of Kalama Interpretive Center wall and the vintage locomotive, which just barely fit in the building by a half-inch after drywall was removed Wednesday afternoon. 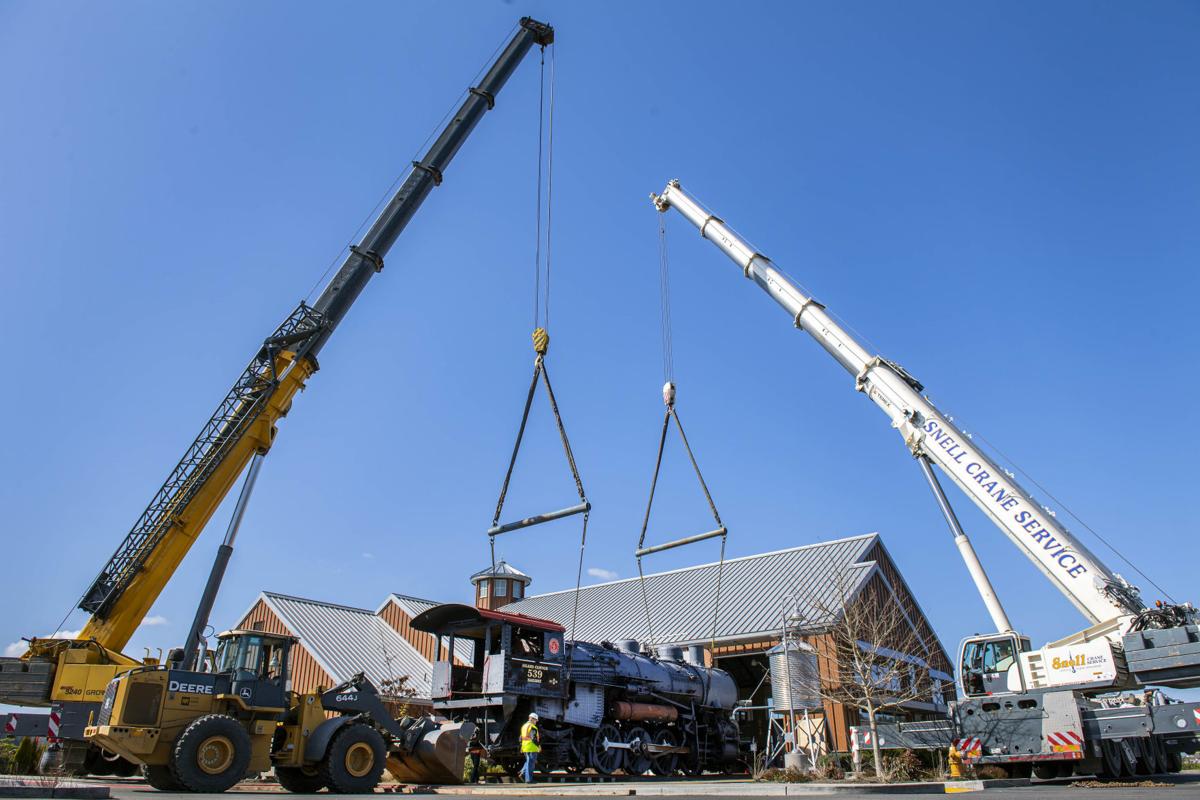 Crews prepare to roll the Port of Kalama's vintage locomotive into the Interpretive Center Wednesday afternoon. 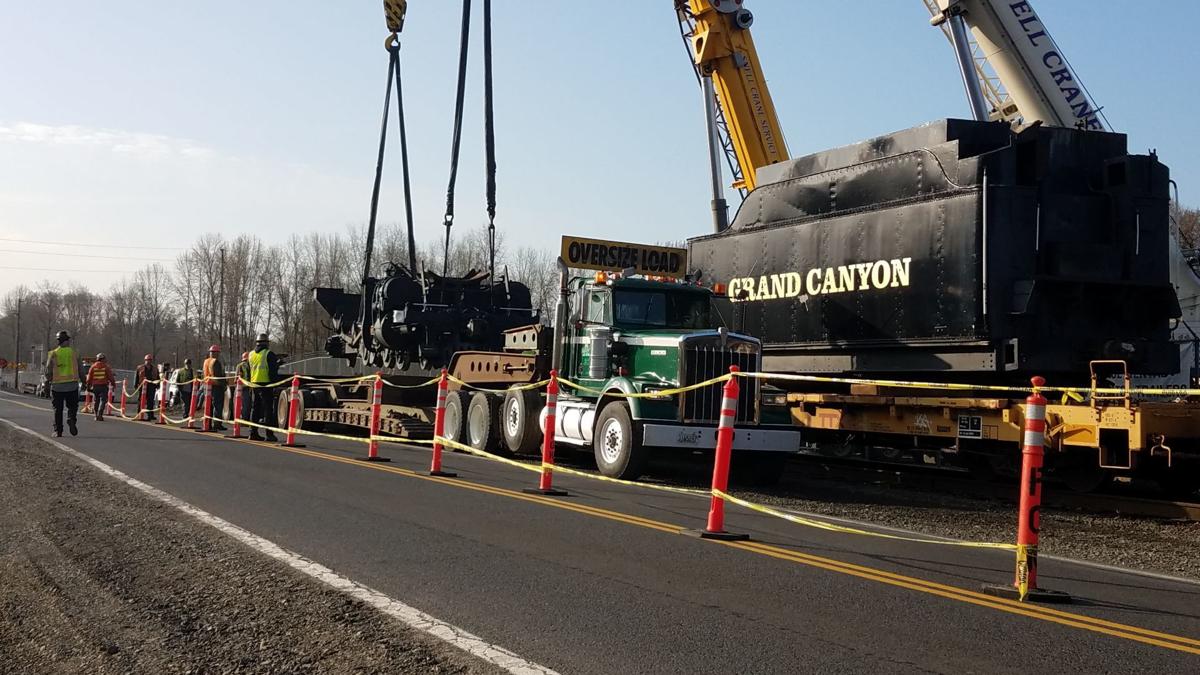 Cranes move the base of the Port of Kalama's vintage locomotive to a flatbed truck Wednesday to be moved to the Interpretive Center. 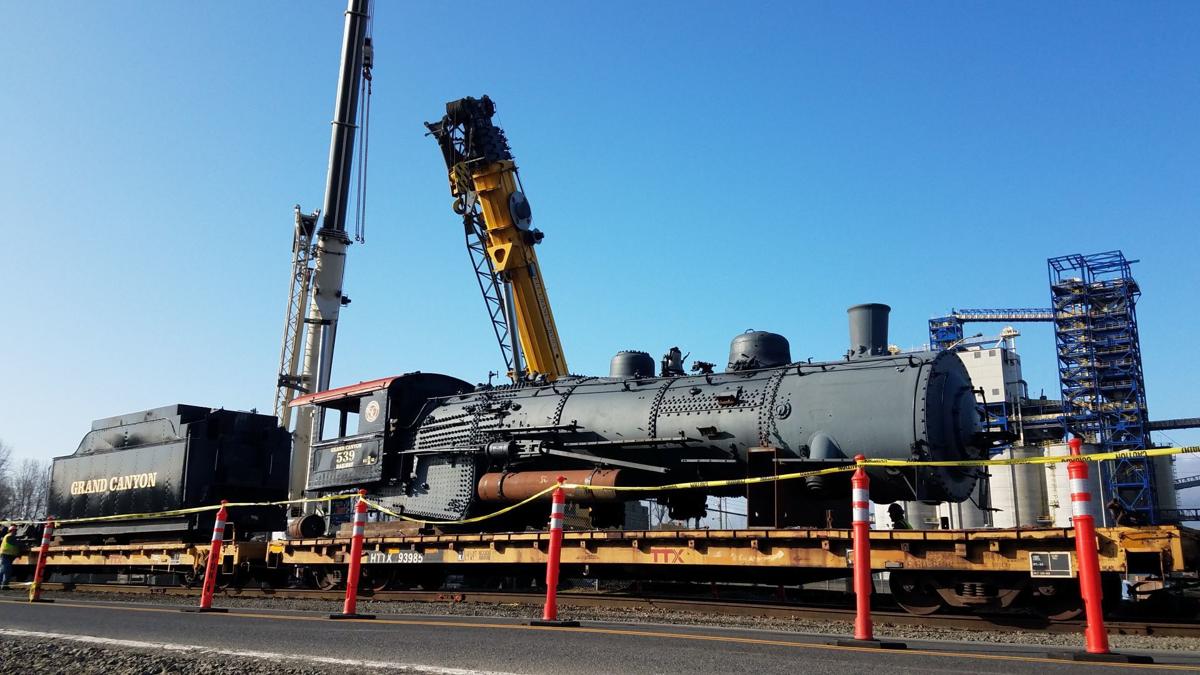 The Port of Kalama's new vintage steam locomotive arrived last week and was moved from rail cars outside of Somarakis, Inc. to the Interpretive Center on Wednesday.