Roughly 100 visitors — from frontline soldiers to children born decades after the conflict — convened at the Vietnam Veterans Memorial replica Thursday in Longview. Through 2 p.m. Sunday, Longview Memorial Park visitors can view the traveling replica called The Wall That Heals.

Many are finding the name to be true.

Kessler students cheer as "Wall That Heals" arrives in Longview

A convoy escorted the Wall That Heals into Longview on Tuesday for its upcoming stint as a tribute to the Americans killed during the Vietnam War.

For three people stationed in Vietnam during the conflict, emotional recovery continues roughly 46 years after the war ended. The visitors were a recent high school graduate, journalist and newlywed during the war, but toured the memorial Thursday a little grayer, a little older and still healing.

Barry Bates of Kelso was drafted into Vietnam just after graduating high school in Golden, Washington, and celebrated his 21st birthday while living on a Vietnamese outpost, he said. He trained for mere minutes to be a radio operator, then was shipped overseas. When his Army Capt. Philip Volentine was under attack south of Chu Lai, Bates said he couldn’t reach him in time. Volentine died that day, Bates said, and he suspects he would have followed if he had made it in time.

A three-quarter scale replica of the Vietnam Veterans Memorial in Washington, D.C., will return to the Lower Columbia area next week for the f…

At the replica in Longview, Bates, 74, rubbed a pencil on paper over Volentine’s etched name to keep a piece of his captain.

“It still makes me feel guilty that I didn’t get there,” he said.

What: The Wall That Heals closing ceremony.

Kazumi Hotai of Longview visited the replica Thursday with a camera in tow, similar to his work as a journalist for the Tokyo Broadcasting System during the Vietnam War, he said.

Hotai said the memorial brought memories of his colleague, United Press International photographer Kyoichi Sawada. Sawada won the Pulitzer Prize in 1966 for his black-and-white image of a Vietnamese mother and children crossing a chest- and neck-high river to safety during the conflict. Sawada was killed in Cambodia about four years later.

Longview native Ty Bailey, 74, said he recognizes dozens of engraved names of casualties on the 375-foot-wide Vietnam Veterans Memorial replica, including a friend who was part of his wedding.

Bailey — who spoke at the site’s opening ceremony Thursday — married just before he shipped off to Vietnam in 1966. The U.S. Marine returned home roughly six years later with a shattered eardrum from an explosion near his bunker and an anger he said he couldn’t reconcile.

“I saw too many people dying or wounded,” Bailey said.

As service members age, local veterans organizations such as the American Legion and the VFW are working to maintain services to aid the area’s large population of former military members.

He turned to the Columbia Heights Assembly of God in Longview, he said, “to recover from the anger,” including forgiving those he fought against in Vietnam.

“I’m one of the veterans who came out with hope,” Bailey said.

Around 2011, he visited the original Vietnam Veterans Memorial in Washington, D.C., and was overcome with emotion walking through the site, “broken and weeping,” for nearly 20 minutes, he added. Now that the replica is in Longview, he said it’s others’ turn to find closure.

Every fall, Zo Gladson gets a lot of questions about his electricity bill.

For the first time in two decades, the PeaceHealth St. John Medical Center nonprofit that helps fund hospital remodels and service for dischar…

Monday was the last day for thousands of state employees, health-care workers and school staff to show proof of COVID-19 vaccination or receiv…

Monday was the last day for state employees, health-care workers and school staff to show proof of COVID-19 vaccination or receive an exemption under Washington’s mandate. 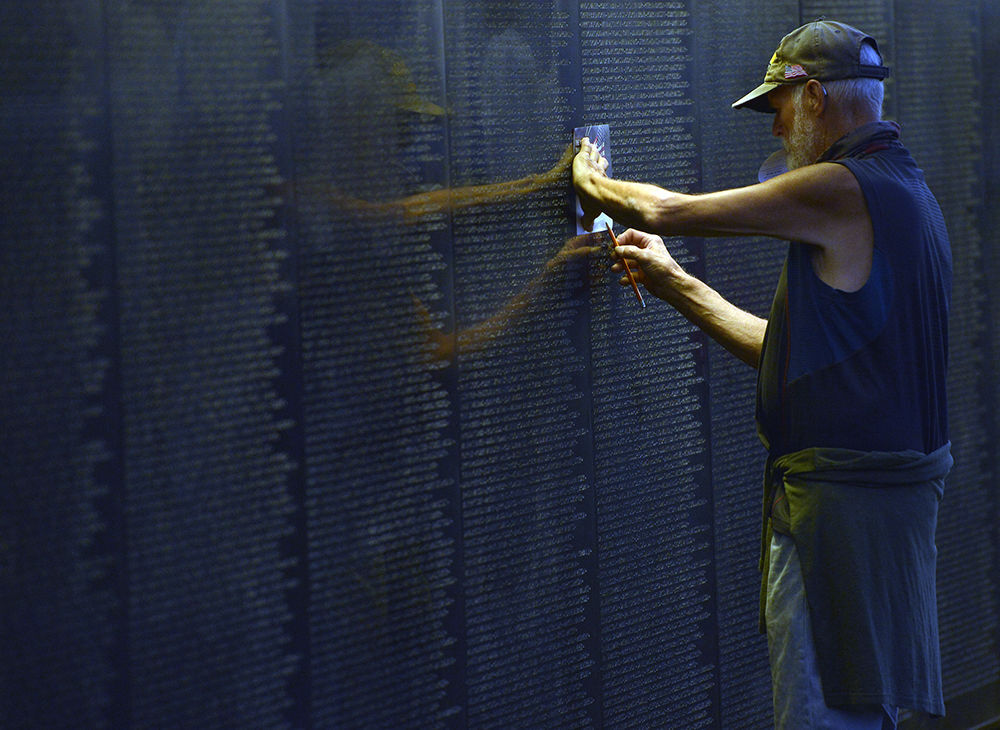 Barry Bates of Kelso rubs a pencil over the etched name of his fallen Army Capt. Philip Volentine at a traveling replica of the Vietnam Veterans Memorial on Thursday in Longview. The memorial, called The Wall That Heals, lists the more than 58,000 names of Vietnam War casualties. Bates, 74, said he couldn't reach his captain the day he died. "It still makes me feel guilty I didn't get there," he said. 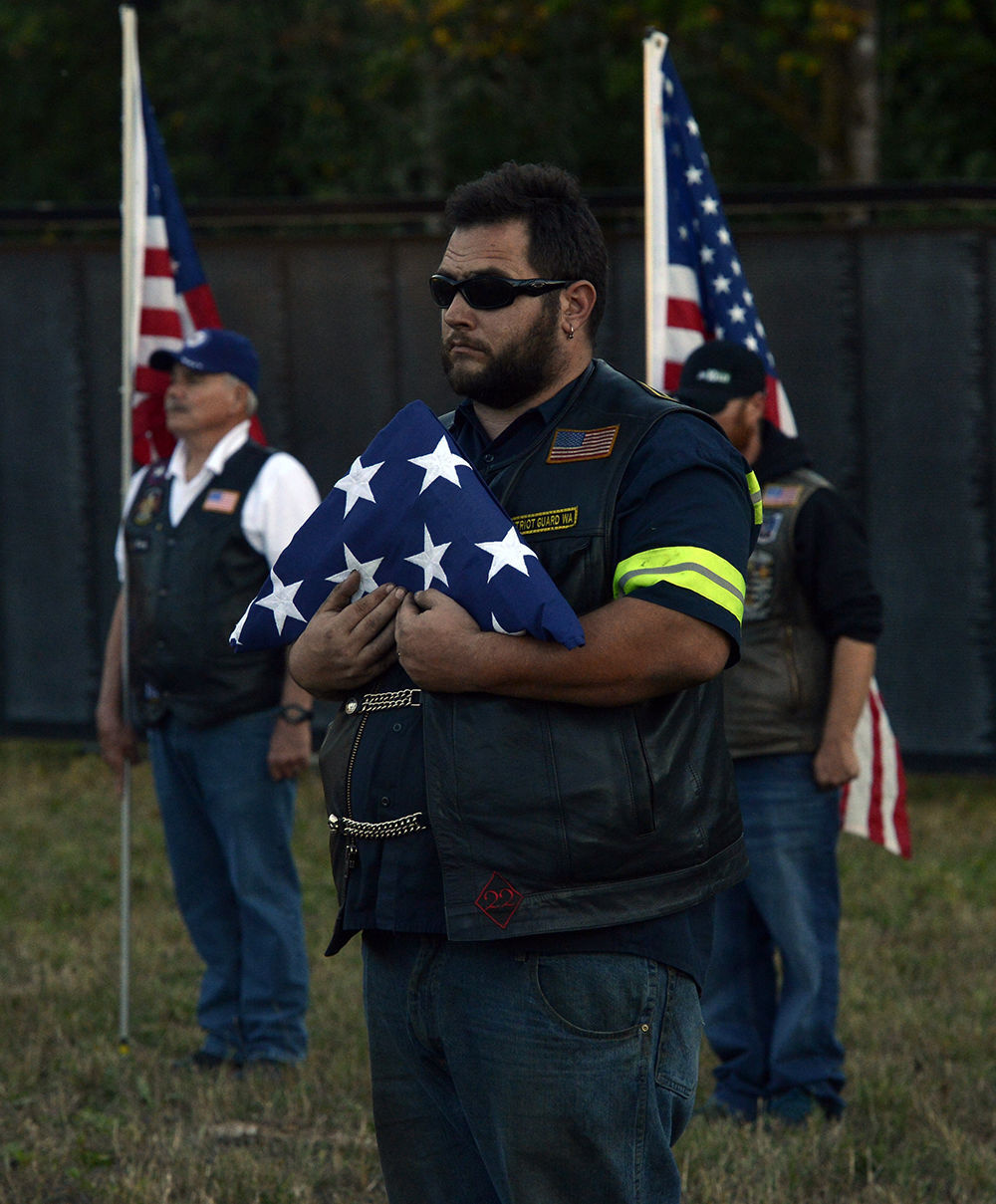 A man holds the U.S. flag during the opening ceremony to commence viewing of The Wall That Heals Thursday in Longview. The three-quarter replica of the Vietnam Veterans Memorial in Washington, D.C. will be on display through 2 p.m. Sunday at Longview Memorial Park.