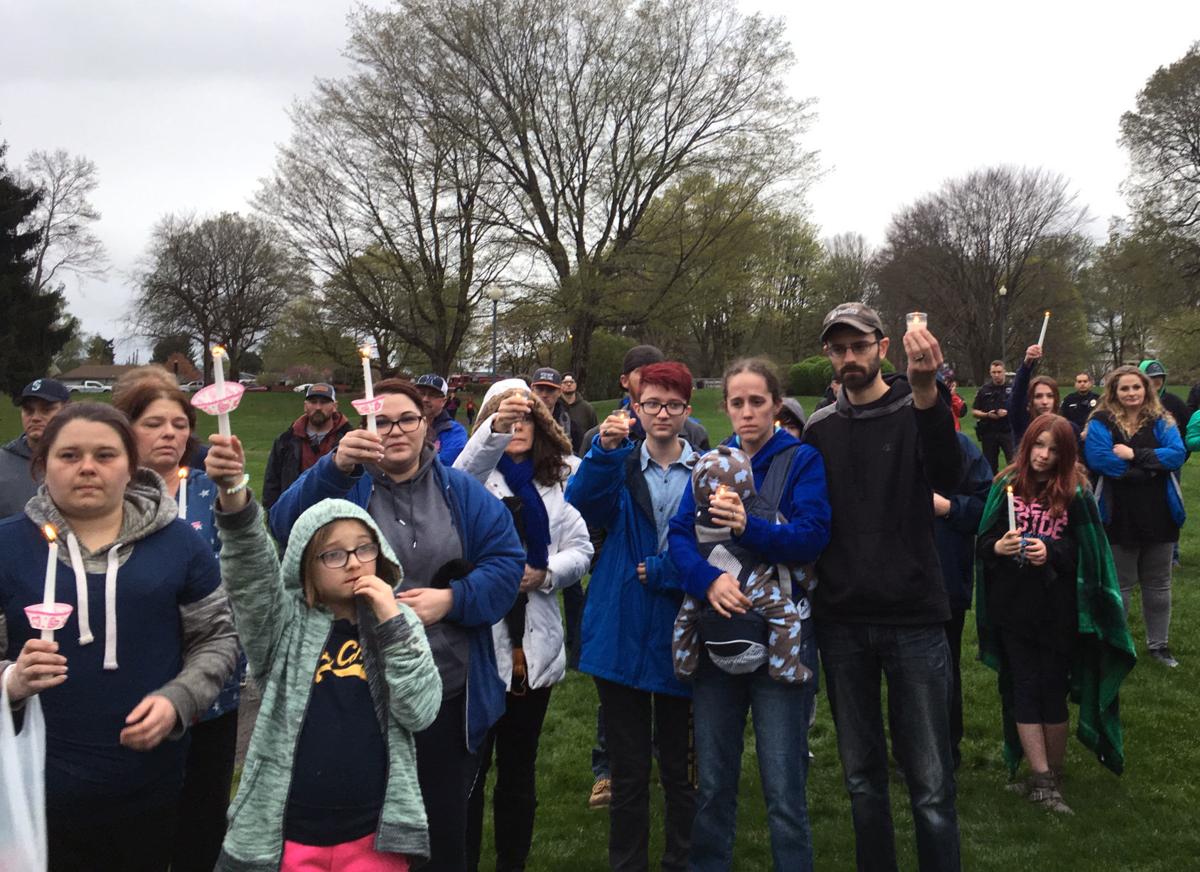 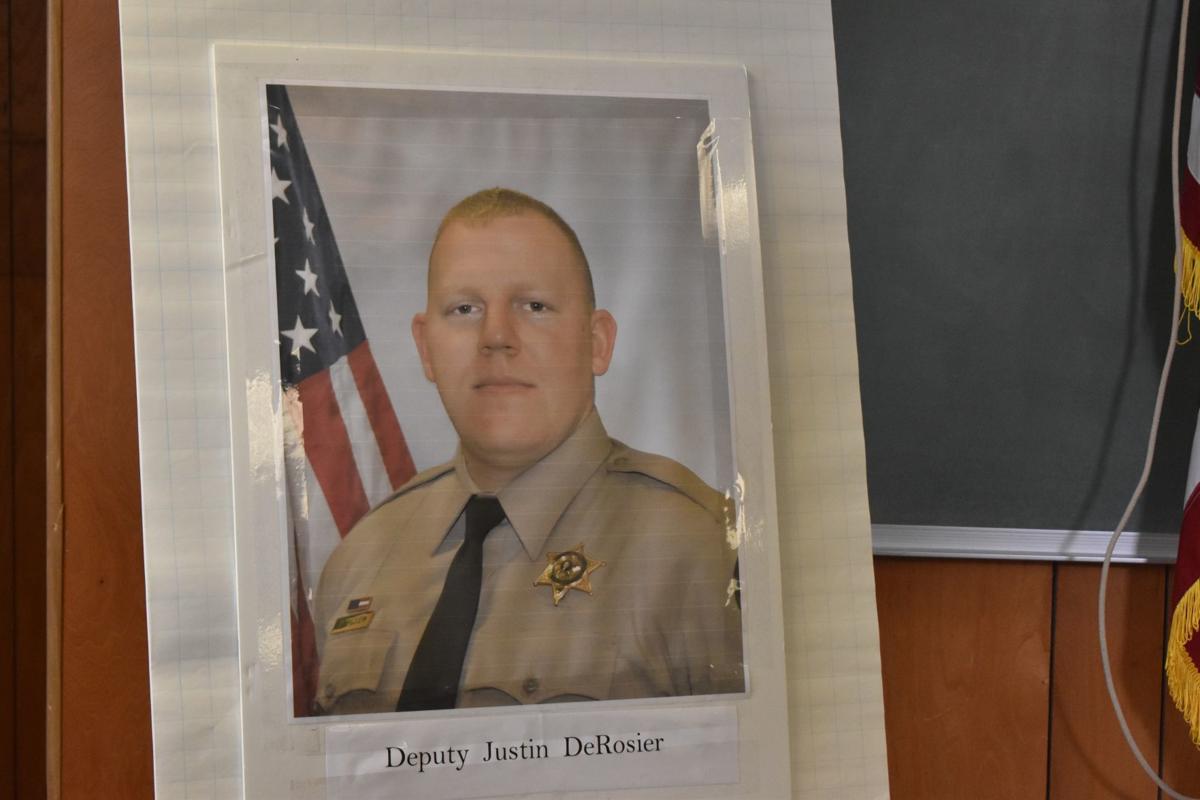 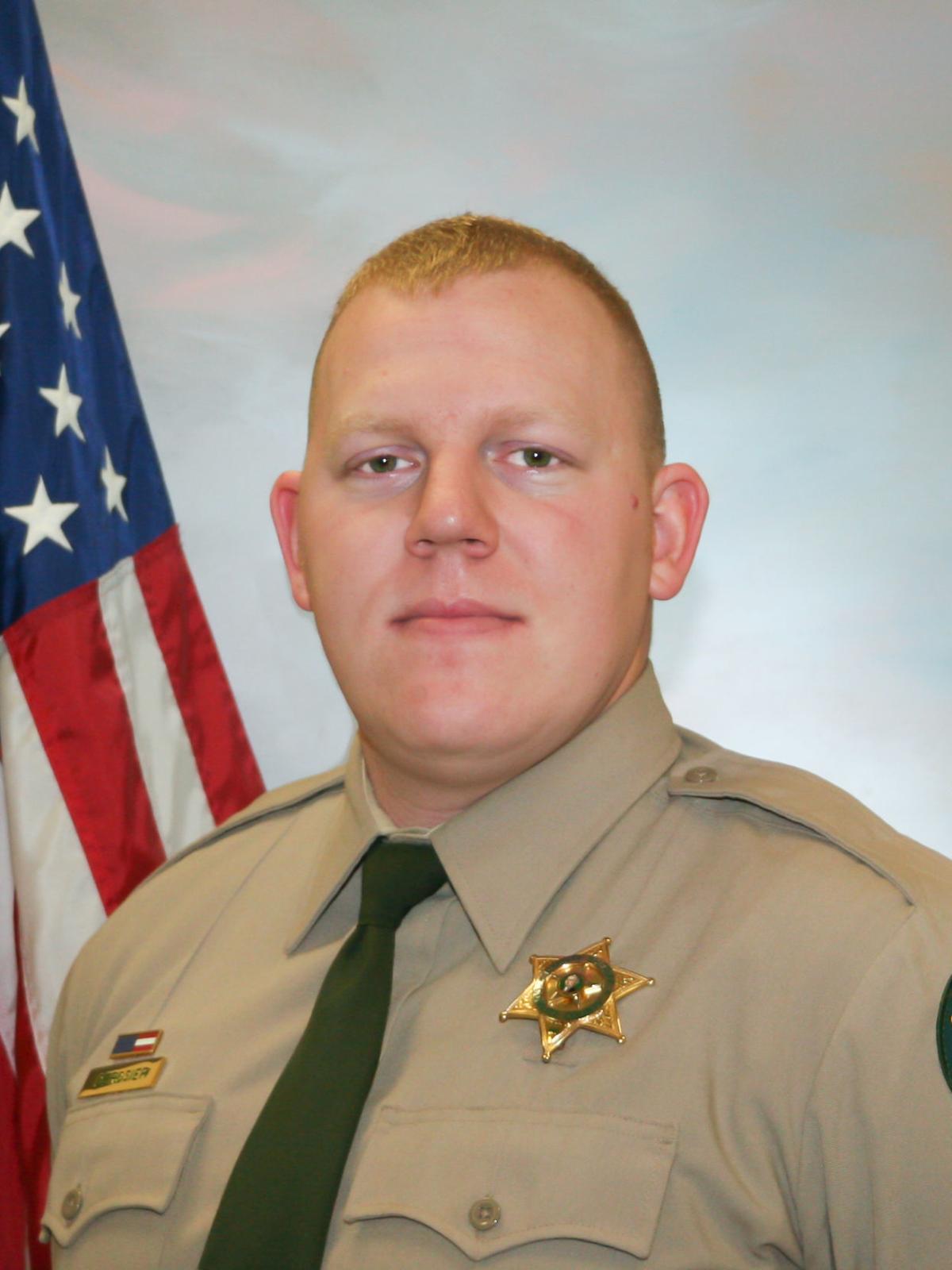 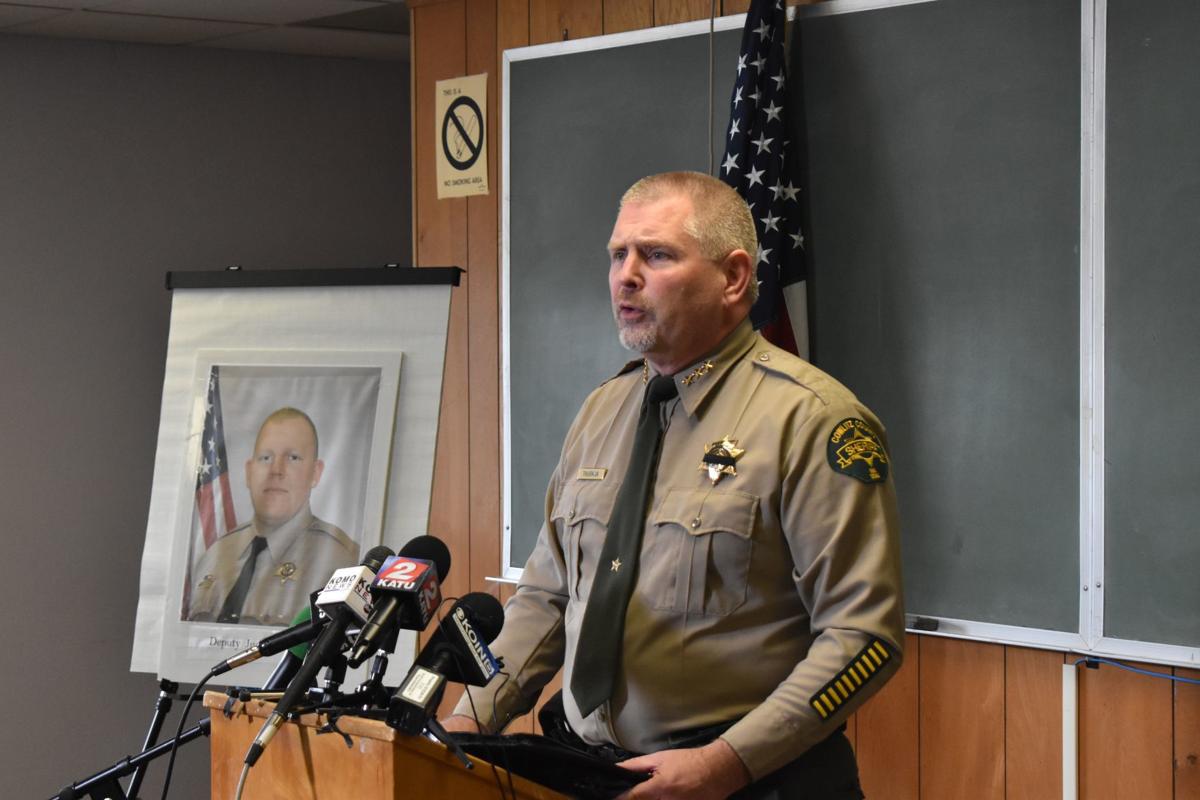 The suspect, whose identity was not made public, was seen tromping out of the woods wet and dirty with a firearm on Spencer Creek Road. Two lawmen shot him and he was declared dead at the scene, Thurman said. The shooting took place around 7 p.m. and neither officer involved was injured.

Thurman did not immediately know whether the suspect fired a shot at the officers. Authorities are withholding the identities of the officers for now.

Investigators had identified the suspect after interviewing two brothers, one of whom was seen coming out of the woods along Modrow Road. They have been identified as Michael Veatch and Matthew Veatch. At this time they are considered suspects in rendering criminal assistance, the sheriff said.

DeRosier was fatally shot while checking out a motorhome that was blocking Fallert Road, which is three miles east of Interstate 5 at the north end of Kalama.

DeRosier died at PeaceHealth Medical Center in Vancouver a short time after he was flown there by LifeFlight helicopter, the sheriff’s office reported.

He is a 2008 Kelso High School graduate and has been a deputy for the Cowlitz County Sheriff’s Office since 2016. He also was a criminal justice graduate of Washington State University (2012).

He was a member of a family with deep Cowlitz County roots. His grandmother, Darlene DeRosier, was a long-time Cowlitz County auditor. Reached by phone Sunday afternoon, DeRosier was too upset to comment.

Visibly emotional himself, Cowlitz County Undersheriff Darren Ullmann said the fallen deputy’s daughter is “always going to know what an incredible man her father was.”

“Most of us have known him most of his life. There were few cops who want to be a cop more than Justin did. He loved his job. He was incredibly good at it. And as you can imagine, as I’m obviously showing, this is very personal for our agency. ... I had a lot of hope and plans for Justin. I saw him working his way up in this department very rapidly. ... Justin was a bull in a china shop. ... He had a presence that couldn’t be overlooked. He will be with us forever. And he will be truly missed.”

More than a dozen members of the Patriot Guard riders and American Legion appeared by the sheriff’s office Sunday afternoon to form a flag line in honor of DeRosier.

About 200 to 300 people, many of them connected to law enforcement, huddled at Martin Dock at Lake Sacajawea on Sunday evening to honor DeRosier. They sang “Amazing Grace” and remembered the deputy.

“I never met anyone who didn’t like him,” his uncle Layne DeRosier told a reporter, describing his nephew as someone who had a big personality who wanted to be an officer since watching “Cops” as a boy.

“He was a true hero, but he wouldn’t want anyone to call him that. (To him), it was his job. … Heaven is a much safer place with him in it,” he said, struggling to remain composed.

Sarah Bue, a Kelso resident who attended high school with Justin DeRosier, came to the vigil with her 10-month-old son Elijah to support the DeRosier family.

“I can’t imagine what his family is going through. I have known him a long time. I feel so bad for his wife and little girl. It really hits home for me,” Bue said.

The vigil was arranged by Katie Fowler of Longview at the instigation of her 9-year-old son, Chase Sanger, after they discussed the case in the car on the way home.

“He said, ‘Mom, we have to do something.’ This is what we do. There are bad people out there. This just shows that we won’t back down. Our community is strong.”

The shooting occurred near the 100 block of Fallert Road, near Kalama River Road, shortly after 10 p.m. Saturday. That area, located about three miles east of Interstate 5, remained closed at midafternoon Sunday except for local traffic only on Fallert Road.

Investigators are asking the public to avoid the area unless a visit is absolutely necessary.

Justin DeRosier was dispatched to a disabled motor home blocking the roadway on Fallert Road. A short time after arriving he was shot. He had reported over police radio that someone was shooting at him.

Kalama police officers responded to rescue and bring him to nearby Haydu Park for life-saving efforts and to await the flight to the hospital.

“Life-saving efforts were made at the scene by responding officers. The deputy was transported by LifeFlight but regrettably, the deputy succumbed to his injuries a short time after arriving,” according to a sheriff’s press release.

“It is devastating for all of us,” Sheriff Thurman told The Daily News Sunday morning.

He said all sheriff’s personnel were sent home, except for those investigating the shooting, and other law enforcement agencies are covering the county during this period of grief.

The shooting is the first in-line-of-duty death in the agency’s history, which stretches back to the middle of the 19th century, Thurman said.

The Clark County Major Crimes Unit and several other agencies are investigating the case, Clark County Sheriff’s Office Commander John Horch said. That includes evidence from a search warrant authorities served at a nearby residence after the shooting, he said. There also were unconfirmed reports that investigators were searching a motor home found in the area.

In January, DeRosier and deputy Justin Taylor took shifts for the Pierce County Sheriff’s Office after a deputy there, Daniel McCartney, was killed in the line of duty.

Clark County authorities are asking anyone with information relating to this shooting to please call Sergeant Todd Barsness with the Clark County Major Crimes Unit at 360-577-3098 or todd.barsness@clark.wa.gov.

A previous version of this story incorrectly spelled the name of Katie DeRosier.

Watch Now: The mystery of the mask

Watch Now: The mystery of the mask