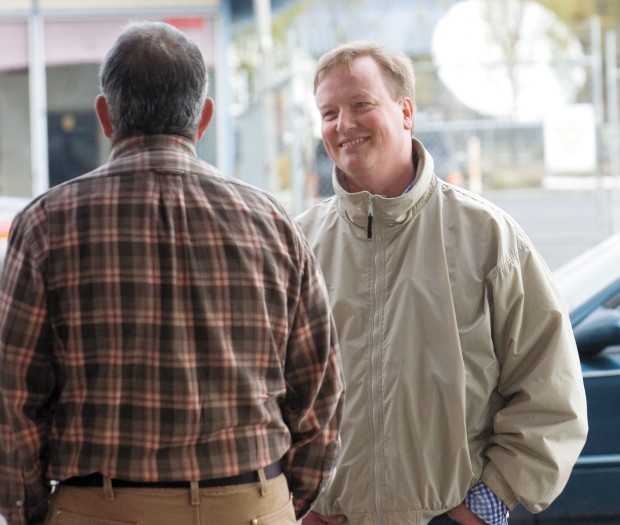 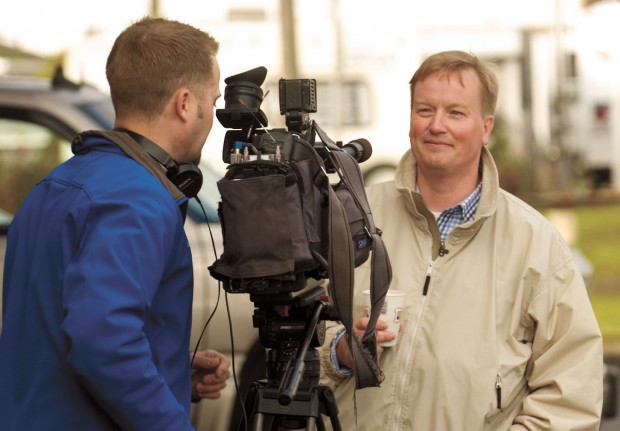 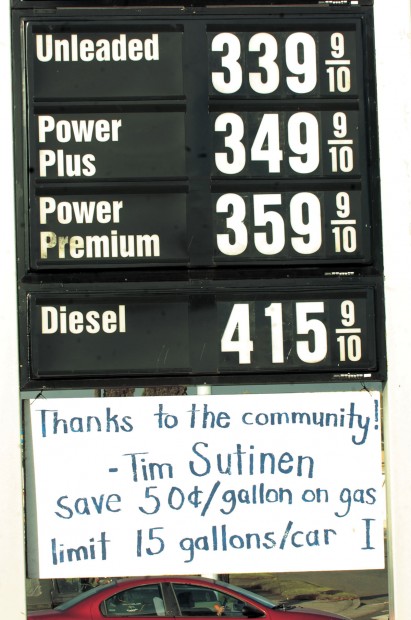 In the waning days of this fall's campaign season, some candidates are still banging on voters' doors. Some are gripping and grinning at Rotary and Lions club meetings. Tim Sutinen is helping people buy gas.

Thursday morning, Sutinen offered to pay for 50 cents of every gallon that people bought at the Tennant Way Texaco station in Longview. All of the money came form campaign funds, he said.

Later in the day, cars lined up 20 deep at the 15th Avenue Shell as Sutinen upped his subsidy to $1 a gallon. Cars snaked out into the street in all directions from the Longview station.

Sutinen, an independent seeking to boost Democrat Brian Blake out of one of the 19th District's seats in the Washington House of Representatives, said he decided to promote his campaign this way partly because "people are sick of advertising."

"I just thought I'd help the community a little bit," he said. "People are very happy. It's been great."

Blake called Sutinen's giveaway "a stunt" and "a gimmick."

"I don't believe the voters will fall for it," Blake said by phone later in the day.

Sutinen's offer, which caught the attention of at least one Portland TV station, brought the price of a gallon of unleaded regular down to $3.39 at the Texaco and $2.82 at the Shell. Drivers paid for their gas as usual and the station billed Sutinen for the discount, said Texaco station owner Steve Lemmons, who said Sutinen called him early this week about the idea. Sutinen said he planned to offer his price break on about 1,000 gallons of gas purchased at the Texaco.

Staff at both the Washington Secretary of State's office and the state Public Disclosure Commission, which monitor campaign finance, said Sutinen's gas discounts are legal, as long as he doesn't use his personal funds or offer the discounts only to drivers who promise to vote for him.

Sutinen grinned and sipped coffee from a styrofoam cup at the Texaco station Thursday morning as he watched people fill their tanks. He spoke with very few of the customers.

Attached to the Texaco station's sign was a handwritten poster that made no mention of his campaign. "Thanks to the community! — Tim Sutinen," it read. "Save 50 cents/gallon gas. Limit 15 gallons/car."

Mark Jessen, 51, of Kelso, said he saw the sign and figured, "What the heck?"

Asked if the giveaway made him vote for Sutinen, Jessen asked, "What's he running for?" But then Jessen, who was filling several gas cans in the back of a truck, said he'd consider voting for Sutinen "if he can get gas prices down and get the economy stimulated and going."

Jim Randall, 68, of Kelso, said he hadn't heard of Sutinen, but he said the gas discount was "cool."

"Actually, I just moved here and I'm not registered to vote here," Randall said as he filled up several gas cans in the back of his pickup.

Lois Vance, 42, of Longview said Sutinen got her attention. She said she hadn't heard of the candidate before Thursday. But as she filled her tank, she said, "It makes me want to go look him up and find out more about him."

A new kind of political sign is popping up around Cowlitz County — for a campaign called SignThug.com.

Say what you will of State Rep. Brian Blake, he is no radical.

Dozens of political signs of 19th District legislative candidate Tim Sutinen were slashed in half this week, and it appears Sutinen may have b…

Hopefuls face off over jobs, education and health care at a League of Women voters forum Sunday in Longview. Here is where the hopefuls stand on these hot-button issues ...