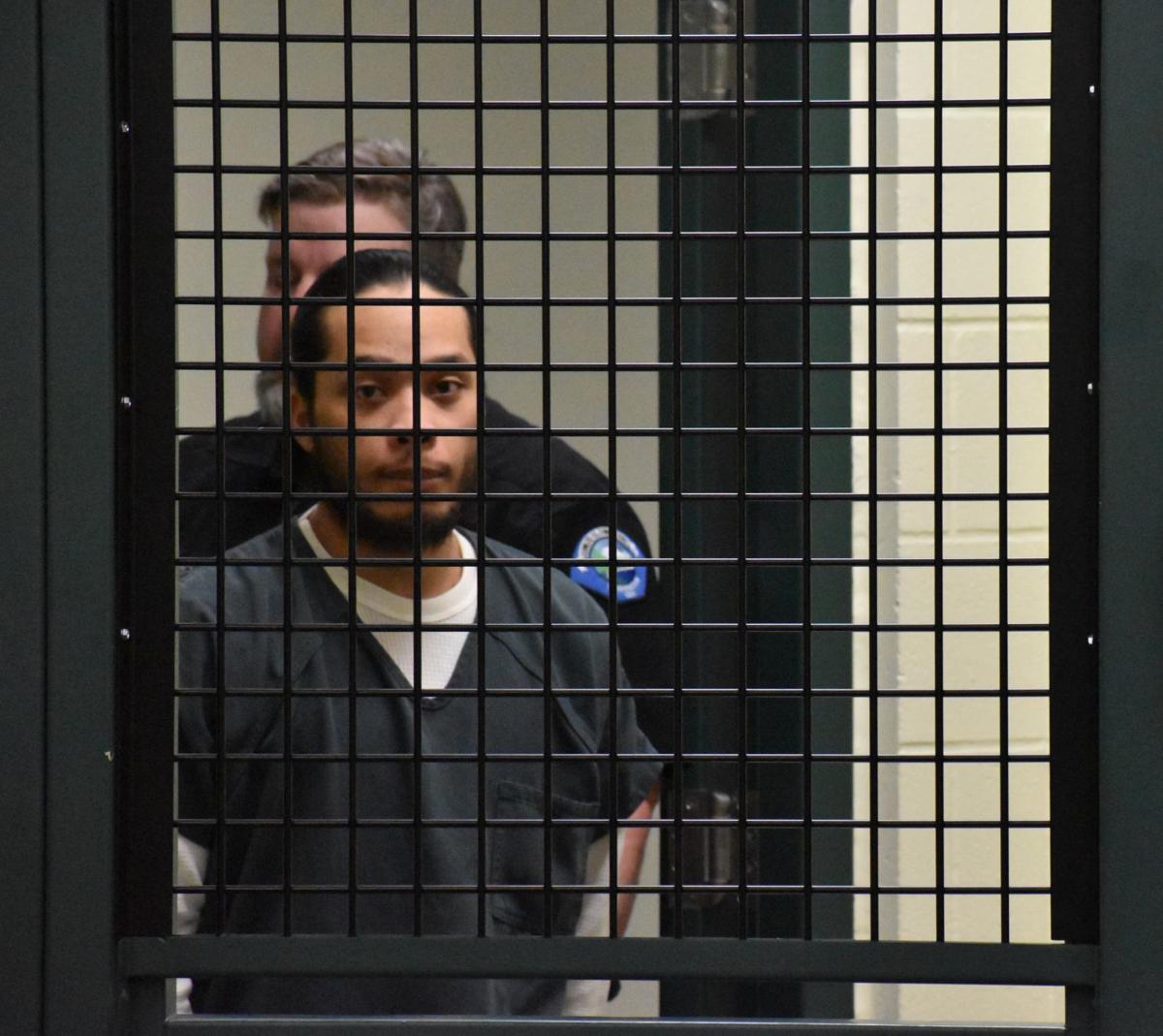 Erkinson Kinisou Bossy appears at the Cowlitz County jail May 2 to be arraigned on charges of murder and robbery. 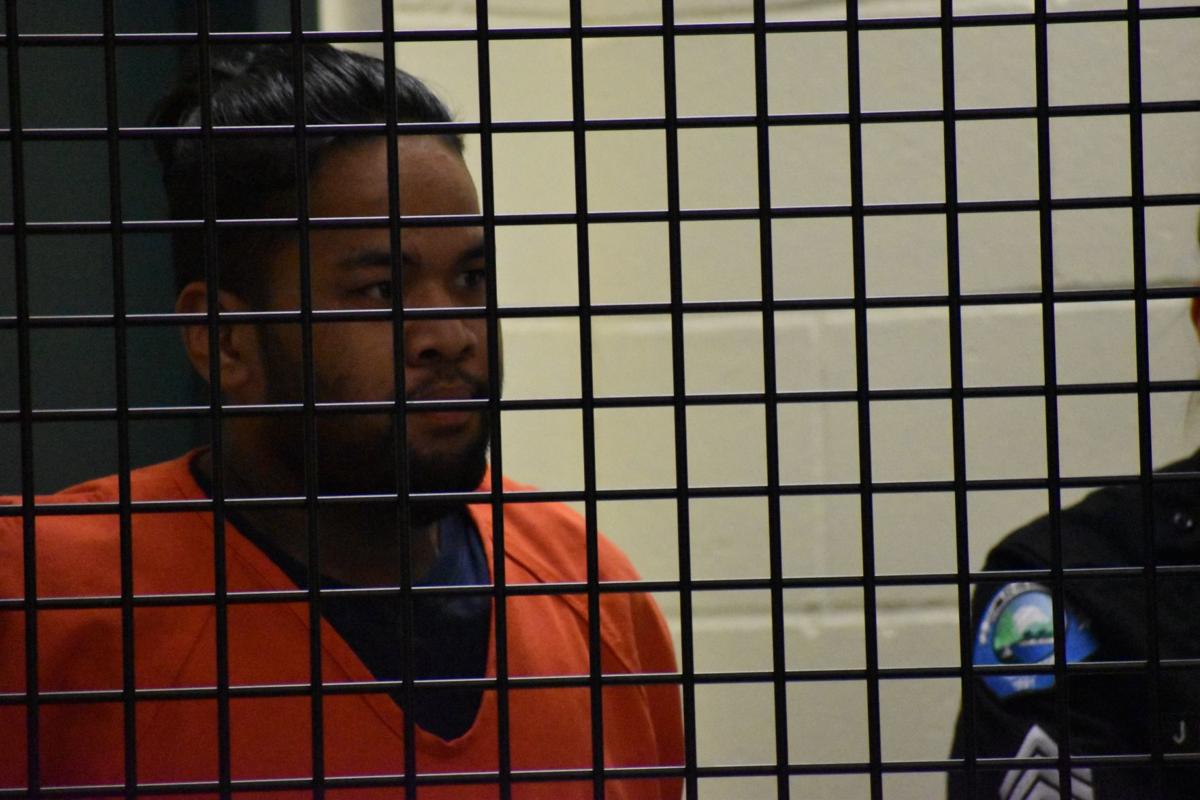 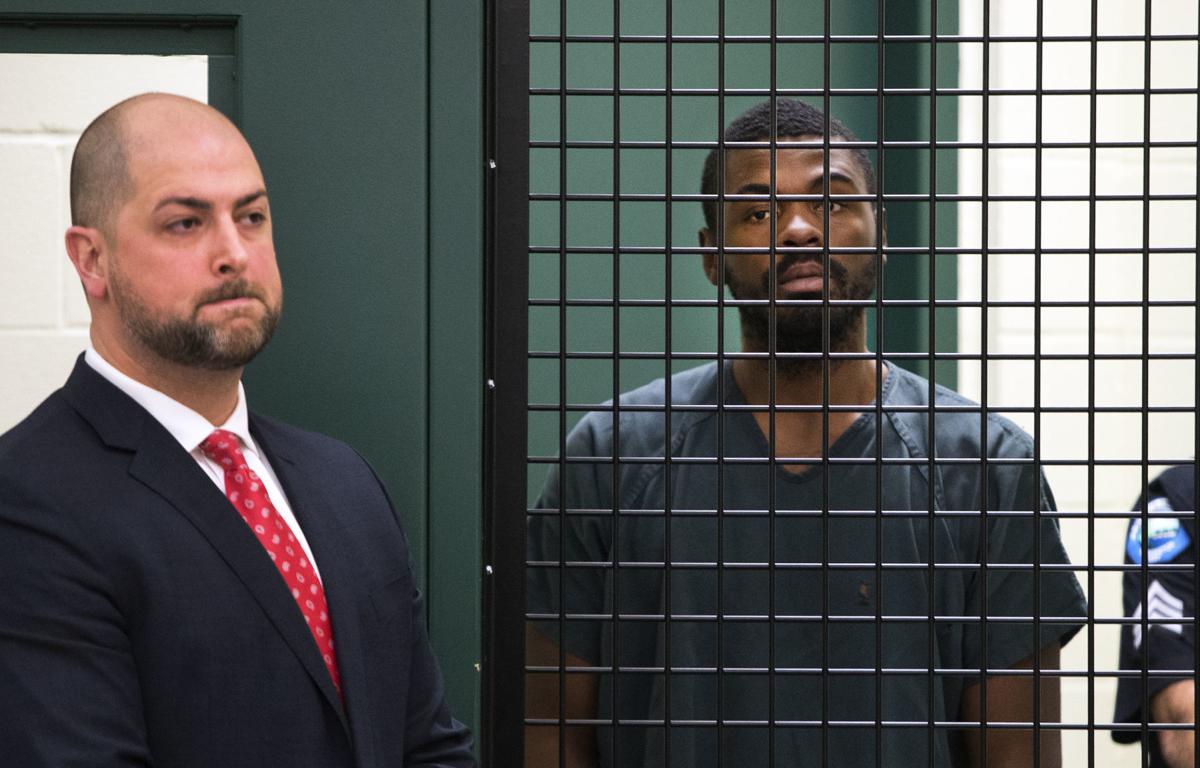 The second of three Vancouver men charged in the January shooting death of a Kelso convenience store clerk has pleaded guilty, leaving the suspected shooter as the only suspect still maintaining his innocence in the robbery-killing.

Erkinson Kinisou Bossy, 24, pleaded guilty Aug. 7 to first-degree murder, first-degree robbery and unlawful possession of a firearm. Police believe he and two other men came to Kelso on Jan. 22 to buy drugs and, being unsuccessful, decided to look for a store to rob because they “did not want to make the drive to Kelso for nothing,” according to court documents.

Police say they settled on Holt’s Quik Chek, where 19-year-old D’Anthony Leslie Williams allegedly went inside armed with a semiautomatic handgun. After robbing 30-year-old Kayla Dezaree Chapman, Williams allegedly shot her and fled, according to court documents. Chapman, who was the only person in the store at the time besides Williams, called 911 but died minutes later.

Police believe Bossy supplied the gun used in the shooting and drove the getaway car. Investigators say he later led police on a car chase through Vancouver and Portland that involved a hail of gunfire between his vehicle and pursuing officers.

Bossy told detectives he fled because he didn’t want to get in trouble for the murder, according to court documents.

In his guilty plea, Bossy admitted that he “attempted to rob the Holt’s Quick Stop at 400 N. Pacific Ave in Kelso. ... D’Anthony Williams, an accomplice to the robbery did cause the death of Kayla Dezaree Chapman ... I admit that I possessed the firearm ... (and) a firearm was used in both the robbery and the murder.”

Nenemeny Winter Ekiek, the other suspect in the case, pleaded guilty in April to first-degree murder, first-degree robbery and possession of meth. Ekiek, 21, is believed to have supplied Williams with a hat and red bandanna disguise used in the robbery-homicide.

According to letters filed in court, prosecutors will agree to delay Bossy and Ekiek’s sentencing until after Williams’ trial in December. In exchange for testifying in Williams’ trial (and against each other, if either decides to reverse their plea), prosecutors will allow them to enter new pleas to lesser charges: Second-degree murder, first-degree robbery, and second-degree unlawful possession of a firearm for Bossy, and second-degree murder and first-degree robbery for Ekiek.

Ekiek’s sentencing range is currently about 29 to 37 years in prison. It would drop to about 14 to 22 years if he cooperates. Prosecutors would ask for 18 years.

Williams is charged with first-degree aggravated murder. He could be sentenced to life in prison if convicted.

Editor’s note: This is the first entry in this year’s “standout grads” series about outstanding seniors from local high schools. The series wi…

Erkinson Kinisou Bossy appears at the Cowlitz County jail May 2 to be arraigned on charges of murder and robbery.