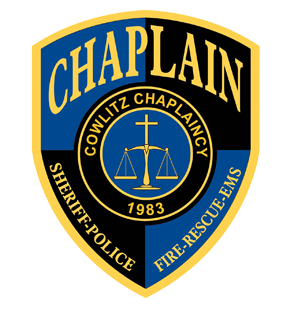 The fine china was set, the tables draped in linens and colorful hats were donned at Canterbury Park Independent Living on Tuesday in Longview. Residents of the retirement home were served an authentic English afternoon tea hosted by Darren McGrady, royal chef to Queen Elizabeth II and Princess Diana for 15 years.

On the menu was Buckingham Palace favorites such as tea sandwiches, lavender shortbread, royal tea scones, and of course, tea.

“Proper tea is made by pouring boiling hot water onto the tea leaves, which needs to sit for five minutes to release the tannins,” said McGrady with an English accent. “You mustn’t dunk the tea. That’s like fishing. That’s not tea.”

The English don’t use half-and-half, just full-fat milk, he added. And just like at Buckingham Palace, tea cups Tuesday were set with the handle towards the guest, a nod to the queen’s settings when she didn’t know if guests were left- or right-handed.

Tuesday’s event is part of a partnership between McGrady and Koelsch Senior Communities, which operates Canterbury Park, to offer residents fine tea, dining and insights into England’s royal family.

McGrady wasn’t sure when Koelsch Senior Communities asked him to teach royal recipes to their chefs. He didn’t know if he wanted his brand associated with a retirement home, but after seeing the attention to detail that the retirement homes brought, he felt it was similar to the attention to detail that he had to bring to Buckingham Palace for the queen and her guests.

“The chefs in the kitchen were so passionate and wanted to learn and the residents were all so friendly and so happy,” said McGrady. “I love coming in and working with the chefs and sharing recipes.”

McGrady hopes to bring history and tradition to the residents of Koeslch Communities through special afternoon teas, like the one held at Canterbury Park. Telling residents about the food as they eat during tea time, he presents antidotes, such as the queen’s favorite tea, Twinings Earl Grey.

The chef also plans to visit residents at two Kirkland retirement homes: Jefferson House and Madison House. He said his goal is to teach people how tea is served and its place in history.

“Tea time is taking a break from the hustle and bustle of the day,” McGrady said. “You take time to sit and visit with friends. There’s no schedule on afternoon tea.”

Memories of the princess

McGrady’s cookbook, “Eating Royally; Recipes and Remembrances from a Palace Kitchen,” shares recipes of the royal family’s most loved meals, including the royal tea scones which were made every day for the queen.

She would take remaining scones from her afternoon tea, crumble them and toss them on the floor for her beloved corgis to eat, McGrady said.

He started his career by attending culinary school in Nottingham, his hometown, and then training at the Savoy Hotel in London. From there, he started out as a junior chef at Buckingham Palace, where he spent 11 years working his way up the ranks in the kitchen. While cooking for the queen, he had the opportunity to make meals for U.S. presidents including Ronald Reagan and Bill Clinton.

During that time, he met Princess Diana, and was asked to be head chef at Kensington Palace after her divorce from Prince Charles. McGrady prepared meals for the woman who was known as “the people’s princess” and her sons, Prince William and Prince Henry, for four years until her death in 1997.

McGrady’s favorite hot tea is rose pouchong, which is a black tea with rose petals, which the princess also favored, he added. She would have afternoon tea every day, but didn’t eat pastries or sandwiches because she was watching her figure, he said.

“I don’t know if I really like it, or if I like because it was Princess Diana’s favorite,” McGrady said. “The smell and rose petals of the tea remind me of the princess.”

A new variety of noxious weed has been reported in Cowlitz County for the first time.

UPDATE: Arrest made after fatal car crash in Kelso on Tuesday

Inside Dubai center where sick turtles recover before returning to sea

More than 2.2 million people in the U.S. live without running water and basic indoor plumbing

More than 2.2 million people in the U.S. live without running water and basic indoor plumbing 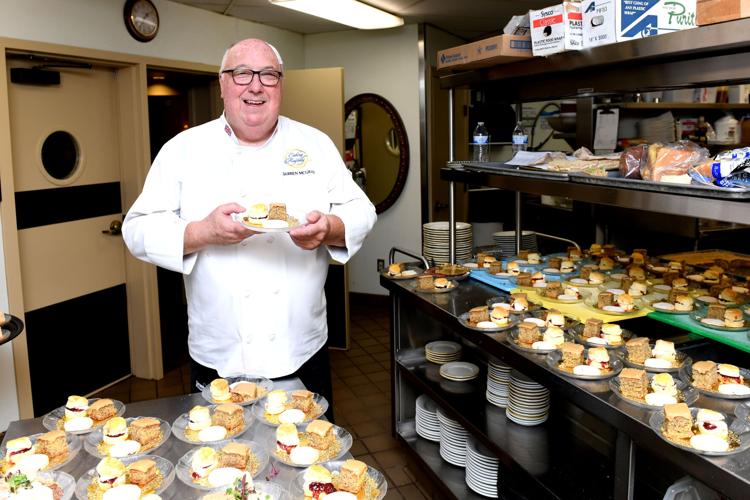 Chef Darren McGrady poses with desserts to be served at afternoon tea at Canterbury Park Independent Living on Tuesday, June 14, in Longview. McGrady, who now owns a catering company based out of Dallas, Texas, worked as a personal chef to Queen Elizabeth II and Princess Diana for 15 years. 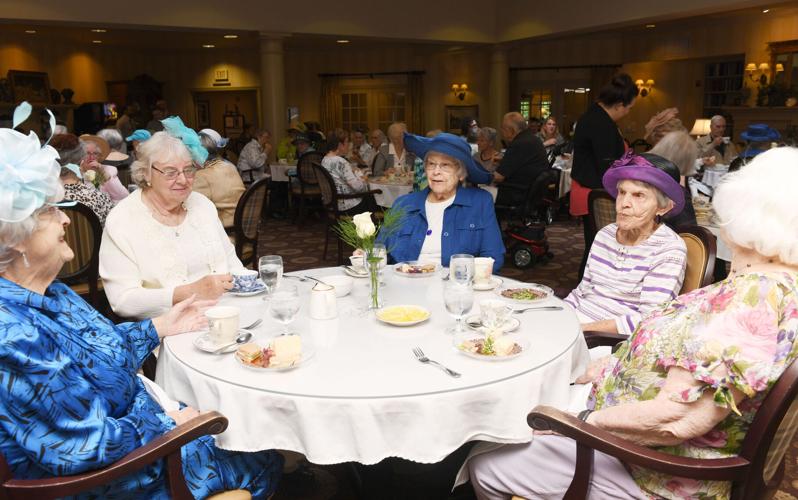 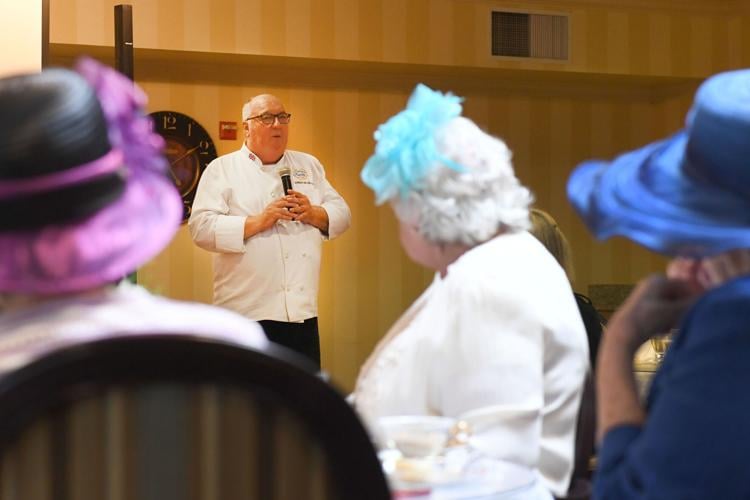 Chef Darren McGrady talks about the history of afternoon tea at Canterbury Park Independent Living on Tuesday, June 14, in Longview. Koelsch Communities and Kelso Longview Chamber of Commerce partnered to host McGrady for June's Business After Hours, which was open for the community to attend.