The Kelso City Council voted against a resolution that would have a declared the city opposed to any mask requirements or limits based on vaccination status.

The proposed resolution would have kept the city from promoting mask requirements or proof of COVID-19 vaccination at city-sponsored events. It would have declared the city council opposed to any government-mandated “vaccine segregation.” The resolution also directed the city to contact the office of Gov. Jay Inslee and demand a full lifting of coronavirus restrictions by the end of June. 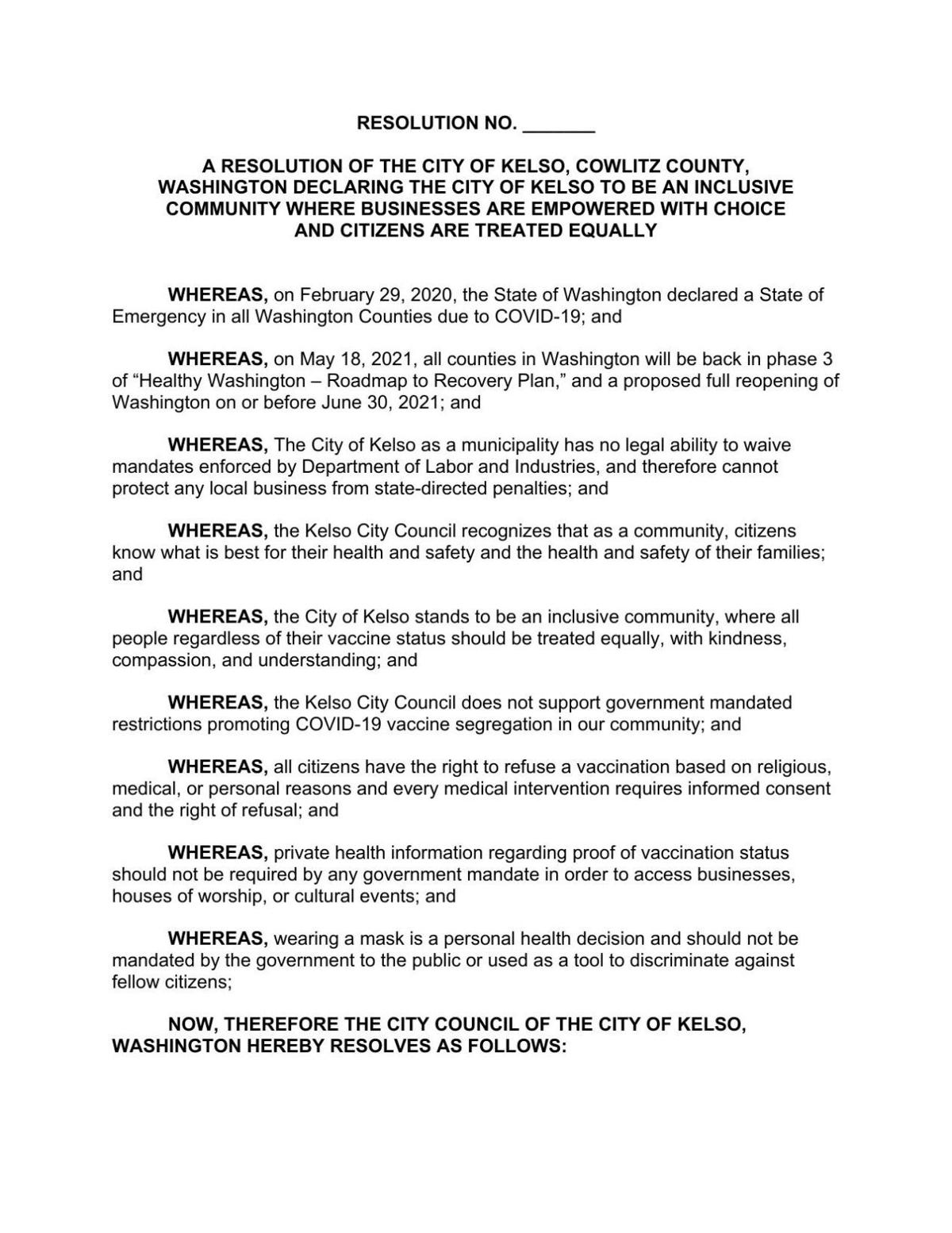 “The city of Kelso is an inclusive community where businesses and citizens are treated with equal access, regardless of vaccination status or mask usage,” the resolution said.

Kelso city manager Andrew Hamilton and city attorney Janean Parker advised the council against passing the resolution. Parker said the resolution was more “aspirational” than actually enforceable and both officials worried that the stance would conflict with the State Department of Health and other statewide actions.

“In looking at this item, people might think that they don’t have to follow the state laws and that would be wrong. We know that we would be sanctioned for that,” Hamilton said.

Councilmembers also mentioned uncertainty about whether the resolution would have any impact on private businesses that require proof of COVID-19 vaccines from customers. A line in the resolution said the city could not waive mandates by the Department of Labor and Industries, or protect local businesses from penalties for going against those mandates.

Resolutions with nearly identical language about vaccine segregation limits have begun to appear before other city councils in Washington. The wording of the proposed resolution in Kelso almost exactly matches a measure passed by the Bonney Lake City Council in May and another that is being considered by the Orting City Council. 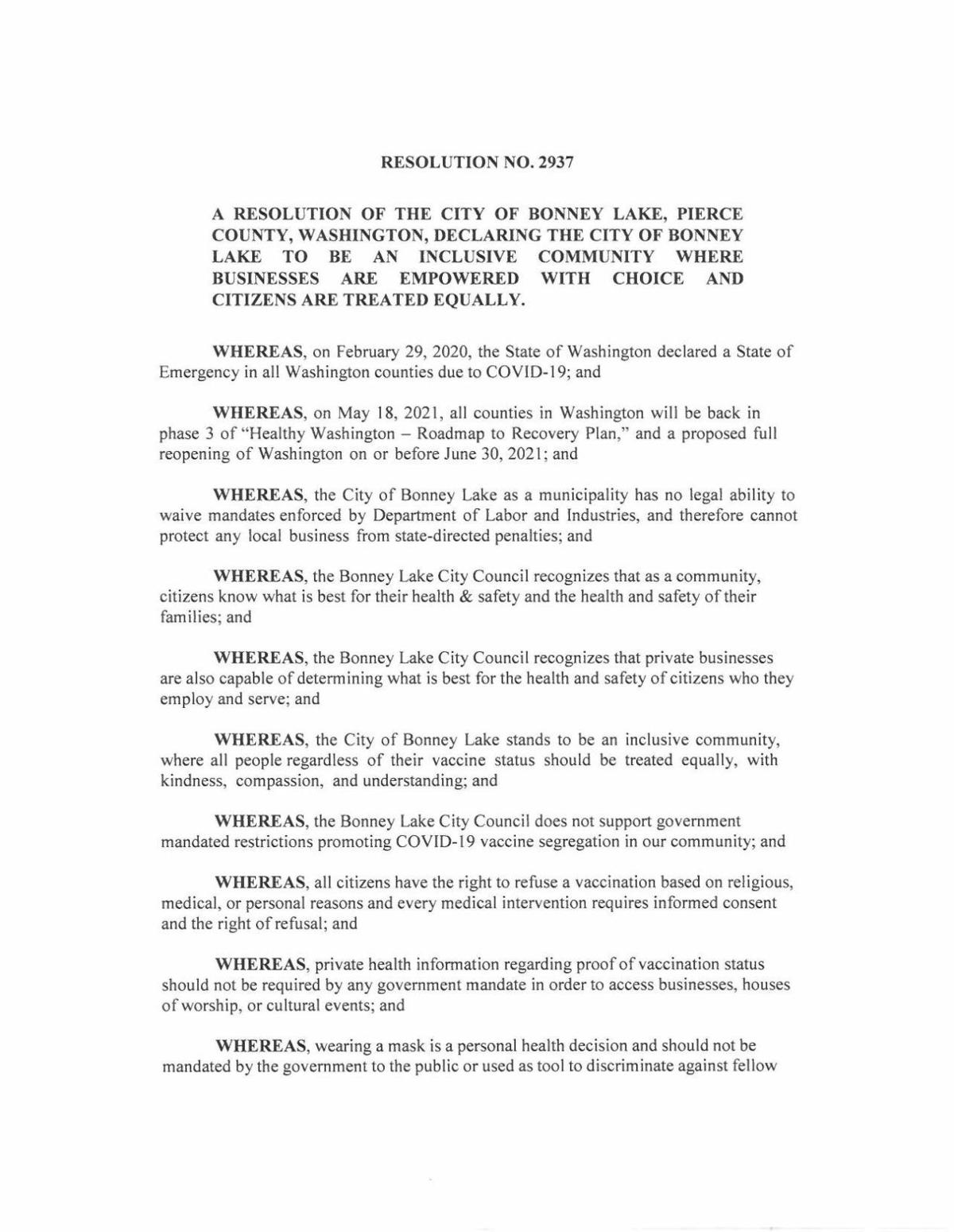 Kelso councilmember Alexander said Friday she would be willing to introduce similar legislation again if the concern about the liability issues could be figured out.

“I hope that we can move past these arguments and come together, vaccinated and non-vaccinated. We are a community,” Alexander said.

Mayor Nancy Malone abstained from voting on the resolution. Councilwoman Kim LeFebvre was absent from Tuesday’s council meeting for medical reasons and did not vote.

Teen allegedly stabs another in neck Friday in Longview

An argument between teenagers left one stabbed in the neck Friday evening at a Longview apartment.

Owner Shelley Martin plans to hang up her apron and close her roughly 18-year-old business Saturday, so grab your cream horns before it's too late.

CASTLE ROCK — For the first time, a smaller local police agency has joined the countywide SWAT team, which has historically been comprised of …

When schools shut their doors in March 2020, health officials feared that reopening could create COVID-19 hotspots. After a year of data colle…

This year, COVID-19 restrictions moved Squatch Fest until the summer, but will return to the winter in 2022. The festival runs Friday and Saturday, just as local businesses need another push after more than a year of lowered sales due to the pandemic.