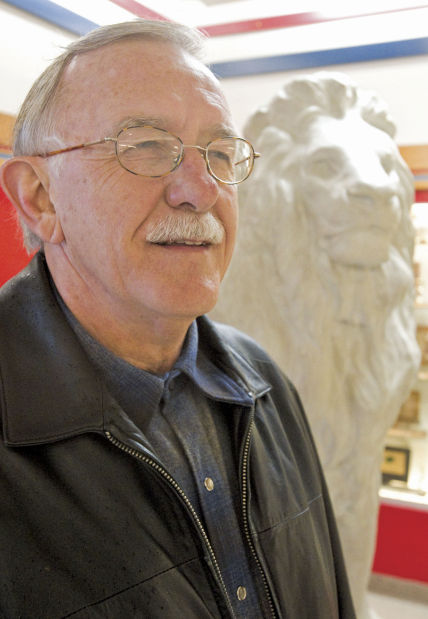 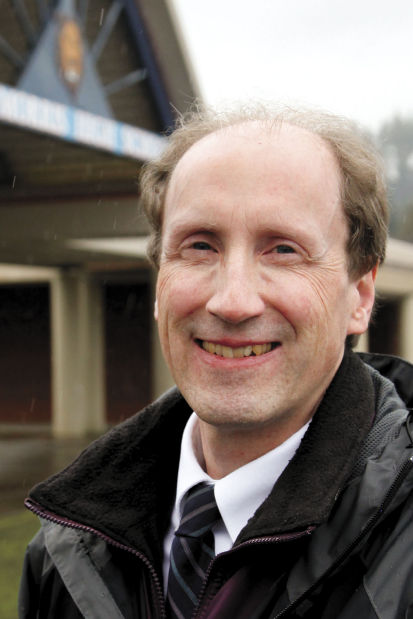 It may be the biggest story of the year in Longview: Should the community merge its high schools, its middle schools and its elementaries?

Monday, the Longview School Board begins dissecting and debating the recommendation of a 48-member citizens committee. The process is expected to take months, but the proposal started dividing the community months before the committee formally adopted it Feb. 7.

Committee members, who approved the recommendation 25-11 (some members were absent), say their merger plan will save taxpayers money, improve education and make our community more attractive to new businesses and young families. Critics say the opposite: It won’t achieve savings or improve schools and would disrupt education and decades of high school tradition.

The process began in response to declining enrollment but has taken on much bigger dimensions than most people expected.

As that process gets going, we asked two people passionate on the subject to argue the pros and cons of the idea. Here’s what they said.

Speaking as an advocate for the merger:

Nelson Graham, former assistant city manager of the city of Longview, has 44 years of experience as a professional engineer/manager. Since 2010, he has helped the Longview School District identify, rank and undertake capital and maintenance projects. He served on the 48-member Facilities Planning Committee and on the subcommittee that helped write its recommendation.

Point: Consolidation is a good idea for ...

The recommendation from the Facilities Planning Committee is good for education because it presents a plan for reducing facility costs. The facts are that the district has been — and looks to continue to be — in a cutback mode. It has more square footage of old buildings to maintain than it can keep up with now, and it is not going to get better. I see no new money. If the district doesn’t reduce this square footage, the costs to keep these facilities even close to an acceptable level for use for education goes up, and the money available to provide good teachers and good administrators goes down.

Buildings: Having fewer old buildings to keep usable will allow the district to reorder its financial resources and people resources so that more of both can be allocated to keep buildings usable and extend building life cycles until replacement can be accomplished.

If no reduction in square footage occurs, it is my opinion that the upkeep of the district’s buildings will not improve, but will go in the other direction. This means that some of the older buildings will reach the point of major rehabilitation or replacement sooner rather than later. This again raises costs for facilities.

Finances: One of our recommendations is for the district to do a financial analysis to answer this very question in more detail than anyone has presented at this point in the process.

It is obvious that in the long term the school district cannot sustain the status quo. In my opinion, the district can make no more cuts in staff or maintenance spending without causing noticeable and unacceptable deterioration in facilities and/or education quality. This may already be the case, and these problems may start raising their heads with failing roofs waiting to be fixed, boilers failing, electrical systems shutting down, pavements caving in, etc.

In the committee meetings I made the statement that I thought the “do nothing” option (a scenario listing maintenance costs to keep the status quo) was a formula for bankruptcy in the district’s finances.

Community: The FPC recommendation is just a place from which to start a community discussion, led by the district, to come to a consensus of what the community wants its education system to be.

The community will only benefit from school consolidation if this results in the district being better positioned financially to have the facilities it needs to deliver the educational model this community wants to have. This has yet to be determined.

Speaking for the opposition:

Steve Powell, a science teacher at Mark Morris High School, has been one of several community members airing the anti-consolidation point of view at meetings of the Facilities Planning Committee and Longview School Board.

Counterpoint: Consolidation is a bad idea for ...

Education: The greatest losers are the students at Monticello Middle School. They would be deprived of their neighborhood school (to which most can walk) and bused to one of the other middle schools. A disproportionate number of these students are from lower-income families. Missing the bus would likely result in an entire day of missed school. Participation in after-school activities would also be more difficult for these students because of the transportation issue. All of the time and money (including $1.5 million in federal school improvement grants) that has been invested in improving Monticello would be lost, just as we are beginning to reap the benefits.

Studies show that the optimum size for middle schools is around 500 students. Consolidation would bump our middle school enrollments up to around 700-750 per school, or over 94 percent of capacity.

A merged high school of roughly 2,000 students would well exceed the optimum range of 600 to 900 students. Studies show that smaller schools tend to have higher achievement, better attendance, lower dropout rates, lower levels of violence, less vandalism and a greater sense of belonging.

Advocates of the merger claim that the district would be able to offer more advanced placement courses. However, the shuttle bus system already makes it possible to offer AP courses to the entire high school population.

Buildings: To paraphrase Mark Twain, “Don’t sell land, they’re not making it anymore.” The sale of the Mark Morris property to partially pay for the merger costs would be foolish. Although the nominal property value is $18.7 million, the cost to build a new high school, if it became necessary, would be around $100 million (assuming that one could find a piece of land of suitable size). From that perspective, the estimated cost of $4.7 million to upgrade the current Mark Morris infrastructure is a bargain.

Finances: According to the district’s consultant, a high school merger would cost over $21 million at the combined RAL/Monticello campus (including the cost of a replacement pool). This would more than consume the estimated $18.7 million sale price of Mark Morris. There are reasons to believe that the projected merger costs were underestimated and the operational and capital savings exaggerated. Even taken at face value, the net savings are around $600,000 per year over the next 10 years, less than 1 percent of the district’s annual expenditures. These relatively modest savings are not worth the educational costs. Keep in mind that the district has $8.4 million in its reserves, and that the state Supreme Court’s McCleary decision will force the Legislature to significantly increase funding of K-12 education. Thus, the district can well afford to maintain two high schools. Finally, this consolidation proposal (and the manner in which it is being promoted) is likely to weaken community support for future levies and bonds. Given that levies account for 23 percent of district revenue, the merger proposal could have devastating effects on the district’s finances.

Community: Imagine the impact on the neighborhoods around R.A. Long, with probably more than double the current school traffic. Think of the morning, lunch time and afternoon congestion on Nichols, 30th and the connecting side streets. And what about the effect of students parking on side streets?

Finally, a high school merger will eliminate all of the rich traditions associated with our current high schools. Mark Morris would cease to exist. R.A. Long would be renamed and given new school colors and a new mascot. The rivalry games (which are the district’s best source of sports revenue) would end. We would permanently lose key pieces of Longview’s culture.

• Close Northlake Elementary and Broadway preschool. Sell one off, use the other for adminsitrative offices.

• No recommendation about future of Mark Morris, but several committee members say it could be sold to finance merger costs

On a 25-11 vote, the Longview Facilities Committee agreed Thursday night to recommend that the city’s two high schools be merged.

Lower Columbia College and Mark Morris High School share a common birthplace and have had a cooperative relationship since MM opened in 1957. …

Ten members of Longview’s Facilities Planning Committee will meet at 4 p.m. Thursday to create a first draft of a recommendation for long-term…

This is the final installment of our three-part look at an idea to merge Longview’s two high schools, based on interviews with Superintendent …

What would it cost to merge Longview's high schools?

Here is the second part of our three-day series about an idea to merge Longview’s two high schools at the Monticello/R.A. Long campus. It’s ba…

Potential merging of high schools still has many hurdles to clear

Combining Longview’s two high schools into a single campus would cost $7 million, and other parts of a citizens committee plan to make Longvie…

A school district citizens committee is likely to recommend that the city have a single high school on the R.A. Long-Monticello campus.

About 130 gather to fight school merger

About 130 parents, teachers and community members gathered Thursday night at the Cowlitz PUD auditorium in Longview to marshal their resources…

Study sessions on possible school merger on the horizon

The Longview School Board has scheduled a series of special study sessions on the school merger issue through April and May. All the study ses…

Should the Longview School Board decide to consolidate high schools and sell Mark Morris to finance the merger, an Arizona developer says he i…

In the second of its series of study sessions before deciding whether to merge Longview’s two high schools, the Longview School Board on Monda…