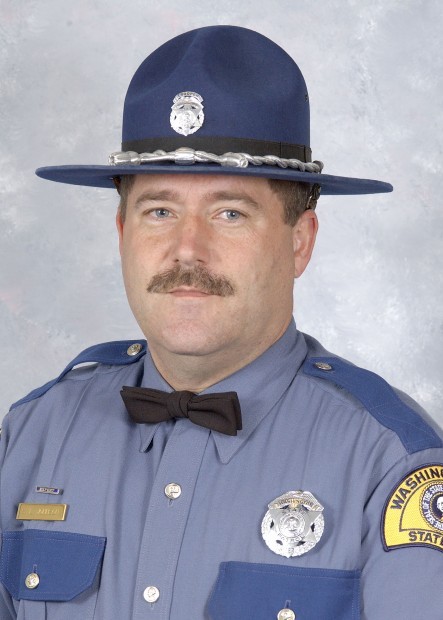 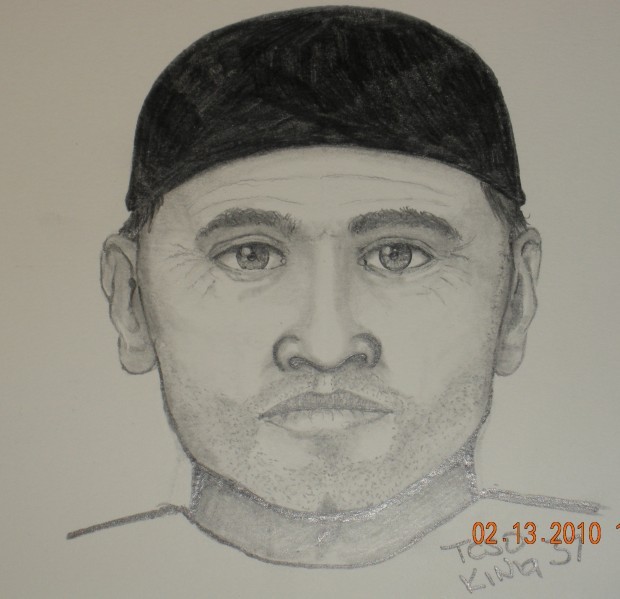 The Washington State Patrol has released an artist's sketch of the suspect in Saturday morning's shooting of Trooper Scott Johnson in Long Beach and has updated the suspect's description. Anyone with information is asked to call the tip line at 1-800-283-7808. The shooter is described as a white man, 35 to 40 years old with a light tan complexion. He is 5-foot-10 to 5-foot-11 and weighs about 185 to 200 pounds. When last seen he was wearing a dark colored insulated shirt and possibly a knit cap.
By Leslie Slape / The Daily News

Bail has been set at $5 million for Marvin A. Jones, whom authorities arrested early Monday morning on suspicion of shooting Washington State Patrol Trooper Scott Johnson in Long Beach.

Meanwhile, the Daily Astorian reported that the injured trooper was released from Oregon Health & Science University on Monday and arrived home in Naselle that afternoon.

Johnson called a friend at about to make sure a restaurant would be open so he and his family could have a hot meal available when they pulled into town, the Astorian reported.

Authorities arrested Jones, 45, of Seaview in Long Beach and booked him into the Pacific County Jail in South Bend on suspicion of attempted murder and first-degree assault. Information was developed overnight Sunday that led to the arrest, according to news releases from the state patrol.

Trooper Johnson is "doing remarkably well" after being shot in the head, said Sgt. Glen Hobbs of the Kelso detachment, where a cousin of Johnson's is also a trooper.

"His spirits are up," said Hobbs, who visited Johnson Sunday at OHSU. "He's feeling very positive, and he's expected to make a full recovery."

The Seattle Times reported that dozens of law-enforcement officers flocked to his bedside over the weekend, and the modest Johnson tried to deflect the attention, saying, "So what else is going on around here except me?"

Johnson was shot around 1 a.m. Saturday as he took examining a vehicle involved in a drunken-driving traffic stop on State Route 103 near 12th Street in Long Beach. Witnesses say a man emerged from the dark and exchanged words with Johnson before firing two shots at him.

The shooting is the latest in a surge of violence against the Washington law enforcement community. Nine officers have been shot since Halloween, and six of them have died. They include four Lakewood, Wash., police officers who were ambushed Nov. 29 in the deadliest single attack on police in state history.

"We don't know what these types of people think," he said. "We can't get inside their heads, but obviously something's not right."

Even though Jones is in custody, the investigation remains open, the state patrol said. Investigators are still seeking tips from the public regarding associates, vehicles, firearms and structures associated with Jones.

Marvin A. Jones, the man arrested Monday in connection with the shooting of a State Patrol trooper in Long Beach, is married to a woman who ha…

SEATTLE — A Washington State Patrol trooper has filed a $3 million lawsuit against the man accused of shooting him in the head in Long Beach. …

TACOMA — Amid emotional testimony, Pacific County Sheriff Scott Johnson stopped to point out the man he believes shot him in the back of the h…

TACOMA — Publicly telling his side of the story for the first time Tuesday, Martin Jones testified he had no involvement in the shooting of a …

LONG BEACH, Wash. — A Washington State Patrol trooper was shot in the head early Saturday while taking inventory of a vehicle about to be towe…

TACOMA — A jury deciding the case of Martin Jones, a Seaview man accused of trying to shoot and kill a former Washington state trooper, has ye…

Lying on the ground with blood pouring from the back of his head and fearing he would die, Washington State Trooper Scott Johnson didn't think…

The Washington State Patrol has released an artist's sketch of the suspect in Saturday morning's shooting of Trooper Scott Johnson in Long Beach and has updated the suspect's description. Anyone with information is asked to call the tip line at 1-800-283-7808. The shooter is described as a white man, 35 to 40 years old with a light tan complexion. He is 5-foot-10 to 5-foot-11 and weighs about 185 to 200 pounds. When last seen he was wearing a dark colored insulated shirt and possibly a knit cap.
© Copyright 2021 The Daily News Online, 770 11th Ave Longview, WA | Terms of Use | Privacy Policy
Powered by BLOX Content Management System from TownNews.com.
You don't have any notifications.